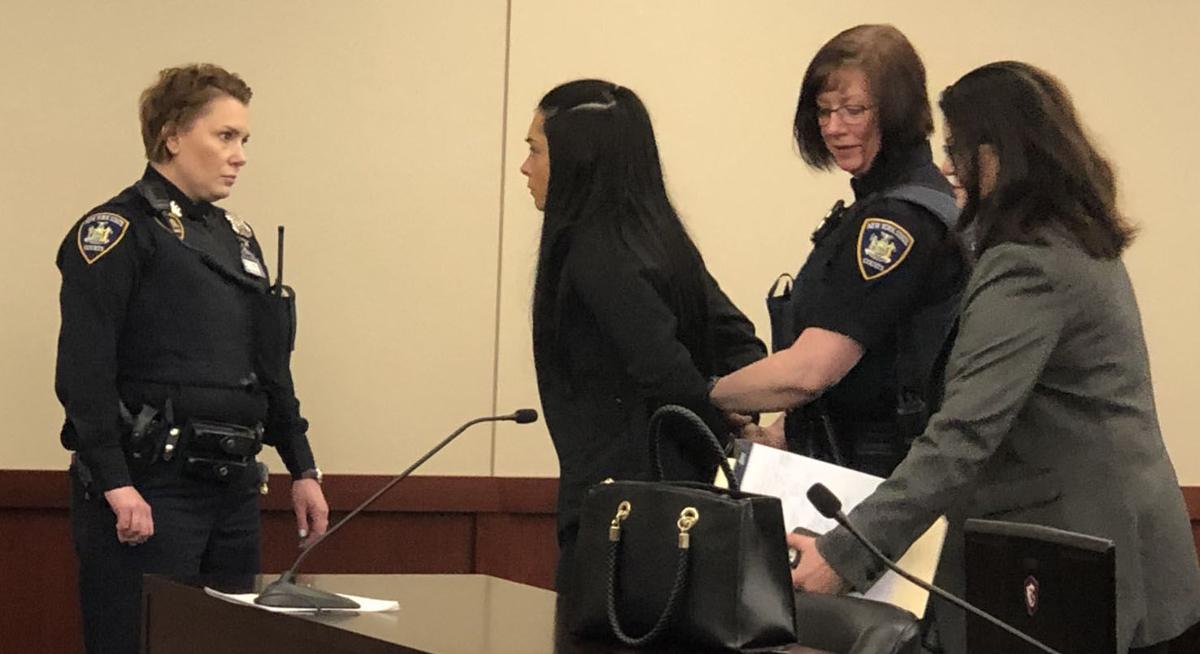 Ashley Bell is led from Warren County Court in handcuffs on Wednesday for her role in the killing of Christopher Goss. Bell was sentenced to 1 to 3 years in prison as part of a plea deal. 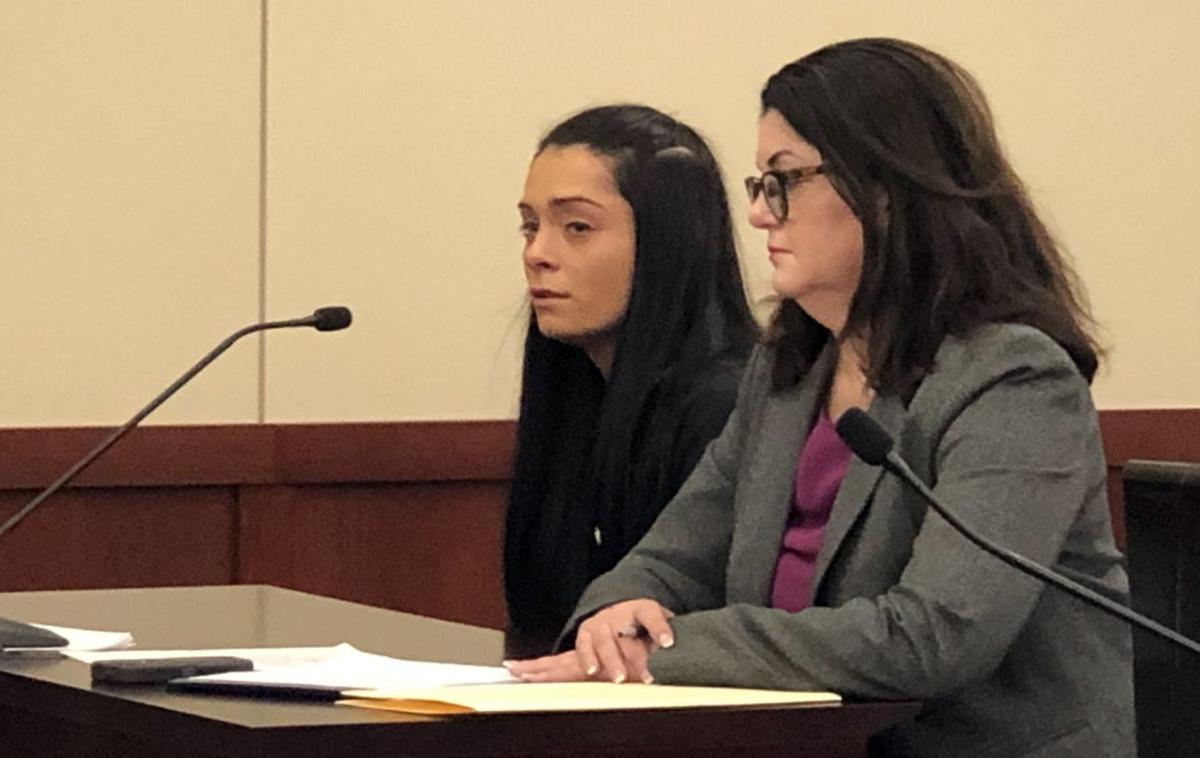 Ashley Bell, who helped her then-boyfriend after he killed Queensbury resident Chris Goss last May, appears to cry as she hears a victim impact statement at Bell's sentencing on Wednesday in Warren County Court in Queensbury. Bell was sentenced to 1 to 3 years in prison as part of a plea deal.

QUEENSBURY — The Queensbury woman who helped her then-boyfriend remove evidence from the scene of a fatal stabbing and lied to police last spring was sentenced Wednesday to up to 3 years in state prison.

Ashley N. Bell appeared to weep as she heard an emotional victim impact statement from the older sister of victim Christopher Goss before she learned her fate. But when it came time to make a statement herself, Bell had nothing to say.

Warren County Judge John Hall imposed a 1- to 3-year prison term, which was the maximum in a range that was set as part of a plea deal. She could have faced 6 months in the Warren County Jail and 5 years on probation, or a year in the county jail instead.

Bell, 30, pleaded guilty to felony hindering prosecution in November for her actions at the scene of the fight that left the 36-year-old Goss dead from knife wounds to his back.

Bell’s then-boyfriend, Jesse J. Breault, pleaded guilty to first-degree manslaughter and was sentenced in October to 18 years in state prison.

Breault and Goss were friends, and had argued over comments Breault made to Goss’ girlfriend that led to a meeting in a Quaker Road, Queensbury, parking lot to fight the morning of May 24.

Though the men had agreed not to involve weapons, Breault brought a 9-inch hunting knife and plunged it into Goss’ upper back. Goss died a short time later in front of a nearby home.

Bell accompanied Breault as the two men squared off, and she returned to the stabbing scene with Breault later that morning to retrieve his cellphone before Goss was found. She then lied to police when the two of them were picked up for questioning later that day.

She told of how her brother loved to be outdoors, graduated from SUNY Oswego and got a job teaching technology and business at Waterford High School. He was beloved by his students, but his job was cut amid budget issues.

He then operated a bar in Glens Falls and John Barleycorn’s Pub in Lake George, where she recalled his calm and cool demeanor as he stopped a gas leak one day that could have caused a devastating explosion.

Barleycorn’s was demolished to make room for a new hotel, and Goss went on to work flipping houses, buying a nice home on Lake Sunnyside and rehabilitating a number of homes.

He was a kind person who would do anything to help those he loved, she added.

“Anything Chris put his mind to, he could do it,” Clothier said. “He will always be a hero in my mind.”

“He (Breault) and his accomplice had no regard for Chris’ life,” Clothier added.

Warren County District Attorney Jason Carusone pointed out that Bell was on probation in a theft case at the time of Goss’ killing.

“You can see the immense pain that has been caused by this incident,” he said.

Bell’s lawyer, Veronica O’Dell, asked Hall to consider that her client accepted responsibility for her actions.

Under terms of the sentence, Bell will be eligible for release after a year, but could serve up to 3 years. Hall recommended she be allowed to participate in substance abuse programs in prison.

Ashley Bell is led from Warren County Court in handcuffs on Wednesday for her role in the killing of Christopher Goss. Bell was sentenced to 1 to 3 years in prison as part of a plea deal.

Ashley Bell, who helped her then-boyfriend after he killed Queensbury resident Chris Goss last May, appears to cry as she hears a victim impact statement at Bell's sentencing on Wednesday in Warren County Court in Queensbury. Bell was sentenced to 1 to 3 years in prison as part of a plea deal.