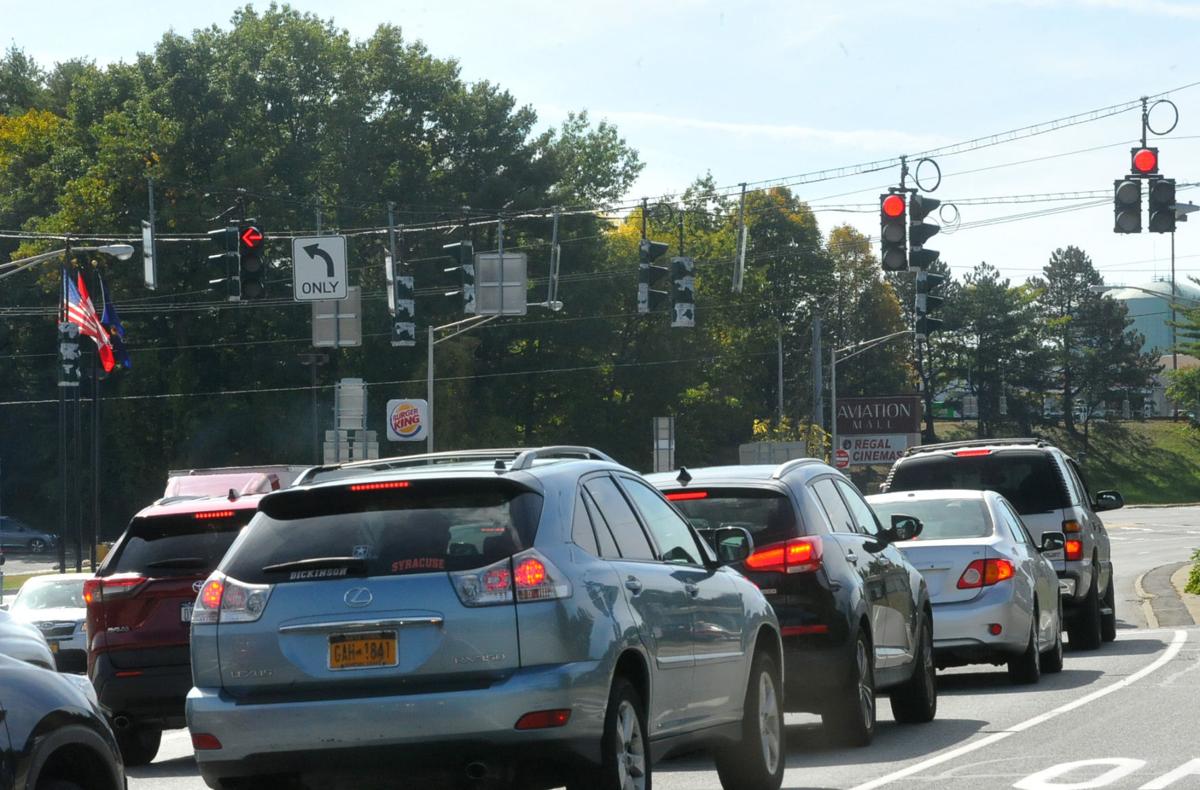 Cars line up on Quaker Road in Queensbury at the intersection with Upper Glen Street, near Aviation Mall on Tuesday. The intersection has a much higher accident rate than similar intersections in the state. 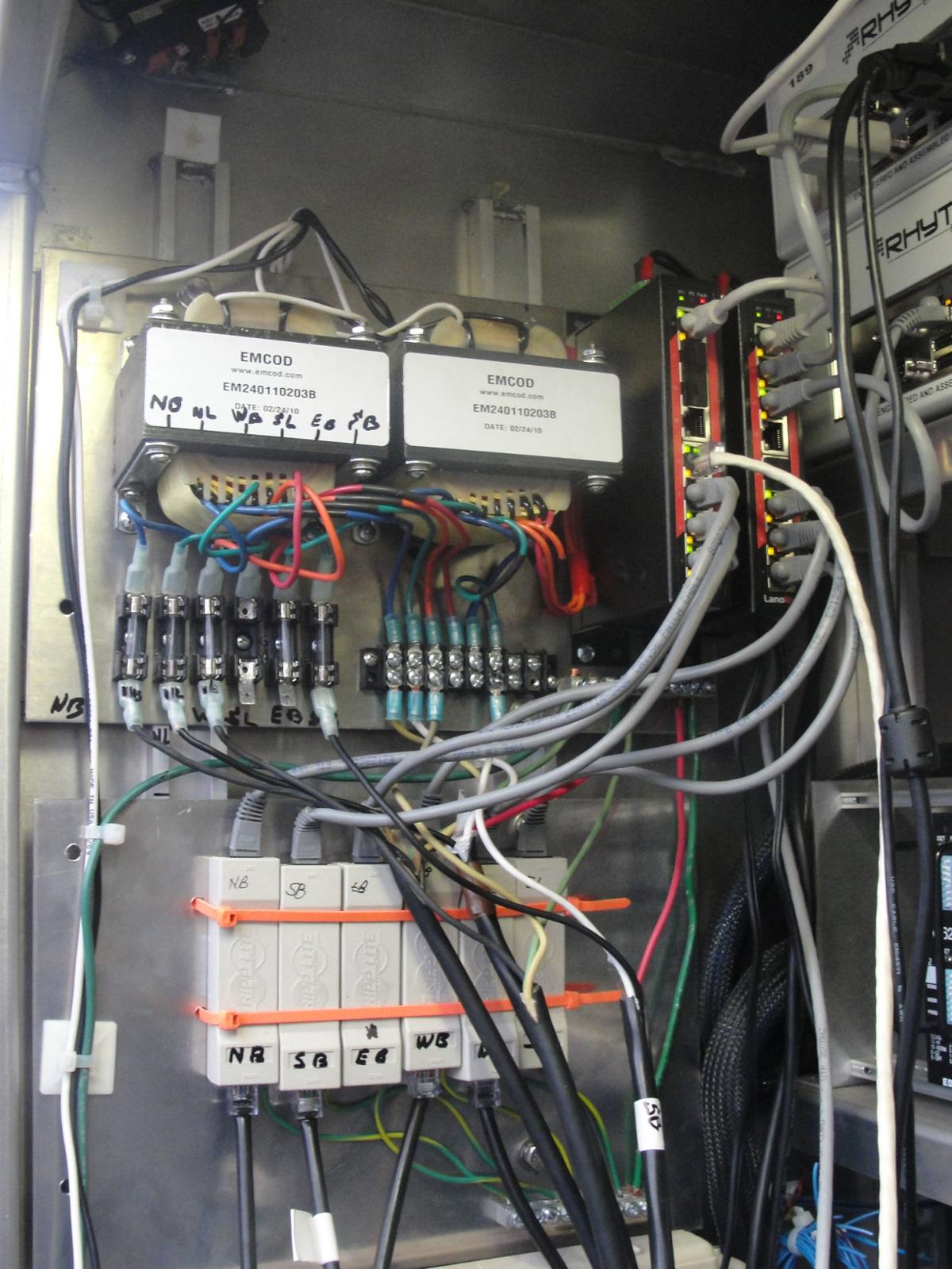 A control box for an adaptive signal control system is shown in this photo from the Federal Highway Administration.

QUEENSBURY — Town officials want to speed up traffic in the Quaker Road-Aviation Road corridor by giving traffic lights the power to respond to congestion in real time.

The state Department of Transportation was intrigued by the town’s recent proposal for an adaptive signal control system and invited the town to apply for a grant to study the idea.

The system would stretch from Northway Exit 19 on Aviation Road to the intersection of Quaker Road and Lower Warren Street.

The town would put $20,000 into the study, which would determine how much a system could speed up traffic and how much it would cost, among other details. Depending on the type of system, the cost could range from $6,000 to $60,000 per intersection, but the town is considering systems on the lower end. Supervisor John Strough hopes to get grants for much of the work.

Statistically, the adaptive systems reduce waiting time by 10% to 50%.

The corridor handles 25,000 cars a day, but not smoothly. Half of Warren County’s hours of “excessive delay” are on that stretch of roadway.

Two of the intersections in the corridor also have much higher accident rates than the state average for similar intersections.

“Although safety is not the primary focus of this feasibility study, there may be a strong potential for reductions in crashes with improved signal timing,” wrote town Senior Planner Stuart Baker in a report on the uses of an adaptive signal control system.

If the town were to buy an adaptive system, cameras would be installed above traffic lights and would be used to track the volume and speed of the oncoming cars. Cameras would also watch for pedestrians and bicyclists.

Using that data, traffic lights would be triggered to allow the maximum continuous traffic flow. For example, if the camera sees a slight slowdown in traffic, it might trigger the light to allow one waiting car to turn onto the road. Likewise, the cameras could keep lights red long enough for a pedestrian to completely cross the street.

The systems have been used in cities, but not smaller towns.

“We would be the first of our size,” Strough said at Monday’s Town Board meeting. “If it’s successful, we would become the model for other communities.”

The Town Board voted Monday to go forward with an application to the state for the study. Strough is eager to see the results of a full study.

“On the surface, it appears to be worth it,” he said.

Cars line up on Quaker Road in Queensbury at the intersection with Upper Glen Street, near Aviation Mall on Tuesday. The intersection has a much higher accident rate than similar intersections in the state.

A control box for an adaptive signal control system is shown in this photo from the Federal Highway Administration.