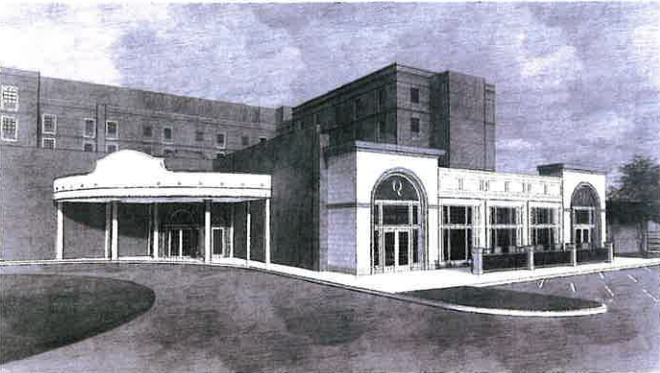 The Queensbury Hotel is hoping to break ground on a 5,200-square-foot expansion later this year. 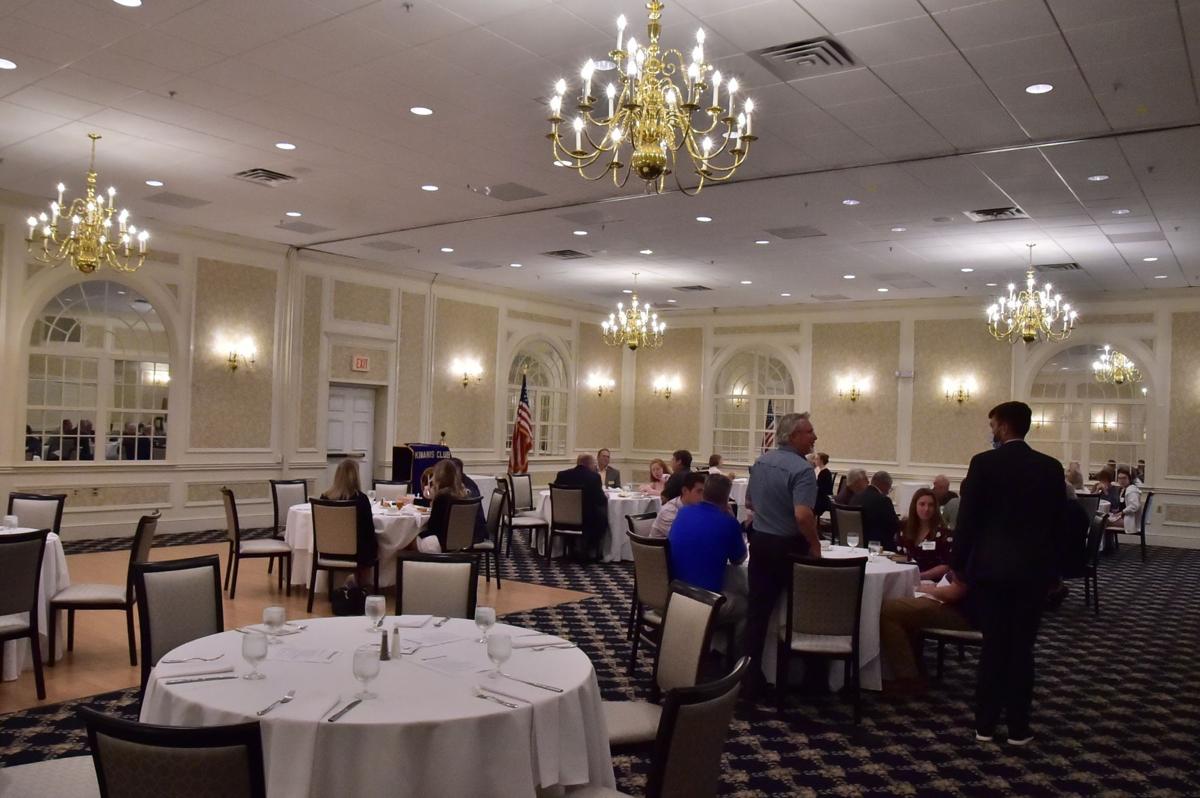 The Queensbury Hotel will extend its Adirondack Ballroom as part of a 5,200-square-foot expansion plan approved by the city's Planning Board on Tuesday.

GLENS FALLS — The Queensbury Hotel’s executives are hoping to break ground on a ballroom extension later this year, now that the city’s Planning Board has approved plans for the project.

Tyler Herrick, the hotel’s general manager, said the 5,200-square-foot expansion will create new opportunities for the hotel, allowing the venue to host larger wedding receptions and attract events previously off limits due to capacity restrictions.

“This new space is easily going to be able to accommodate a wedding of 250 or 300 people. It’s going to easily accommodate some of the larger trade shows and other things we have done and want to do more of,” he said.

The expansion, approved Tuesday, is the latest in a series of renovations the hotel has undergone since being acquired by Ed Moore in 2016. The hotel’s guest rooms were revamped and several conference rooms were added to the building’s second floor.

The plan is to break ground in August, Herrick said, and for construction to be completed by next June.

Once the expansion is done, the hotel will be able to serve 400 plated dinners and accommodate 700 guests during a cocktail hour, he said.

The expansion includes three phases, the first of which will expand the Adirondack Ballroom into space now taken up by the hotel’s parking lot. The ballroom, created during a previous expansion in the 1980s, can be partitioned off using a removable air wall.

A similar wall will be installed to divide the current ballroom from the new area, allowing the hotel to host up to three events at a time. The walls can be removed to accommodate one large event, Herrick said.

Plans also call for renovating the current ballroom to match the new space.

“They’re all going to be renovated in like kind. Whatever the new design, we’re going to use that … so when we open up all the air walls and want to do a dinner for 400, the space all matches,” he said.

A banquet kitchen will be added just off the new ballroom space, allowing the hotel to show off some of its culinary prowess, Herrick said.

The hotel now uses the same kitchen to serve guests seated in its ballroom, Fenimore’s Pub and Park 26 restaurant.

“It’s going to make everything better and allow our culinarians to really shine,” Herrick said.

The ballroom extension will have a white façade to match the entrance off the hotel’s parking lot. The banquet kitchen will have red brick that matches the rest of the hotel’s exterior.

Two entrances will let out onto a small patio, and large windows will match those found along the hotel’s Maple Street entrance, according to the plans.

Herrick said the hotel has worked with the New York State Historical Preservation Office to address any design concerns. The building is listed on the state’s historical registry.

Planning Board members had no complaints.

“I think overall the design of the addition is very compatible with the existing building,” said Daniel Brown, the board’s architectural consultant.

Warren County is considering banning the sale and personal use of fireworks after hearing concerns about people's quality of life.

The Lake George BBQ and Blues Festival is coming to the region on Aug. 13-15.

Smoke from wildfires in the western United States and Canada is affecting air quality in New York state.

The Queensbury Hotel is hoping to break ground on a 5,200-square-foot expansion later this year.

The Queensbury Hotel will extend its Adirondack Ballroom as part of a 5,200-square-foot expansion plan approved by the city's Planning Board on Tuesday.