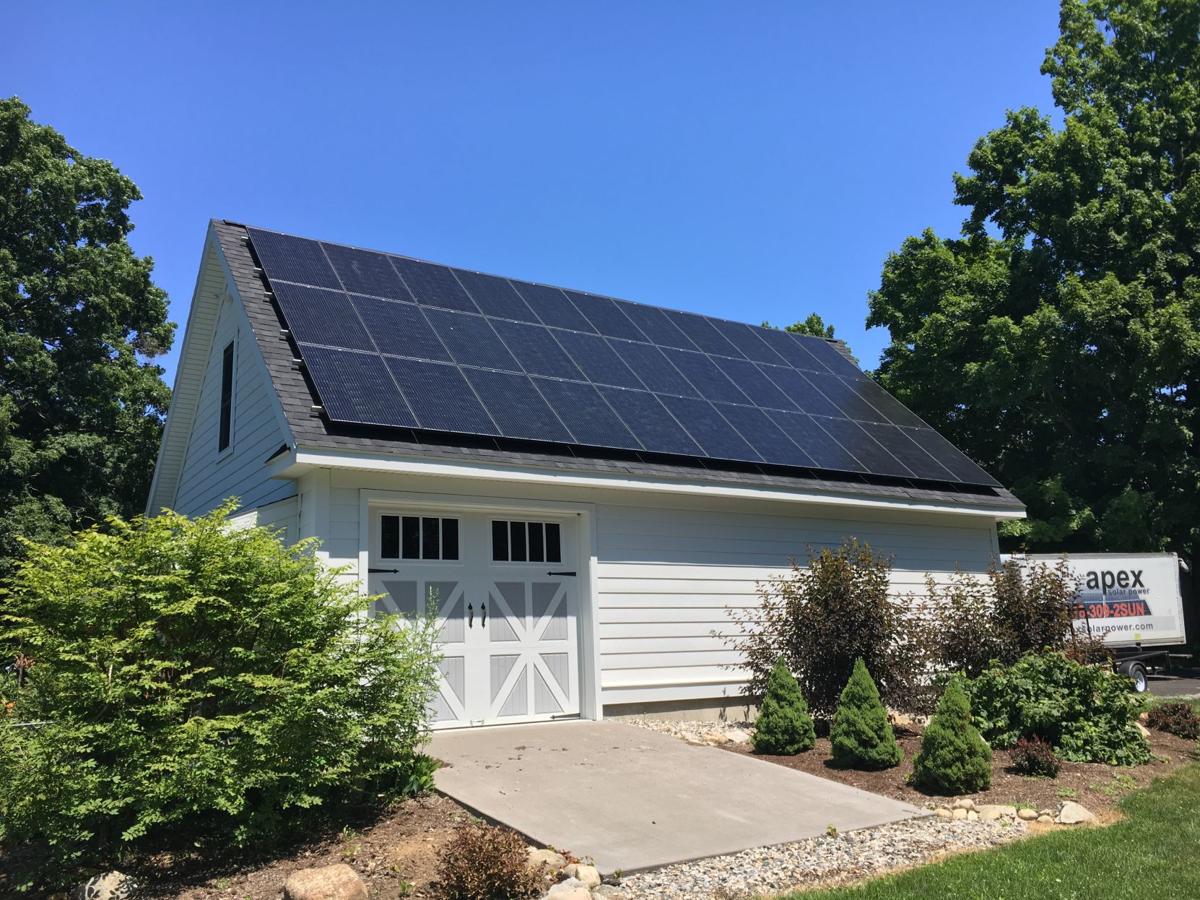 The first solar panel installation in the southern Adirondacks for the Solarize campaign was at James Glendening's home on Ridge Road in Glens Falls. 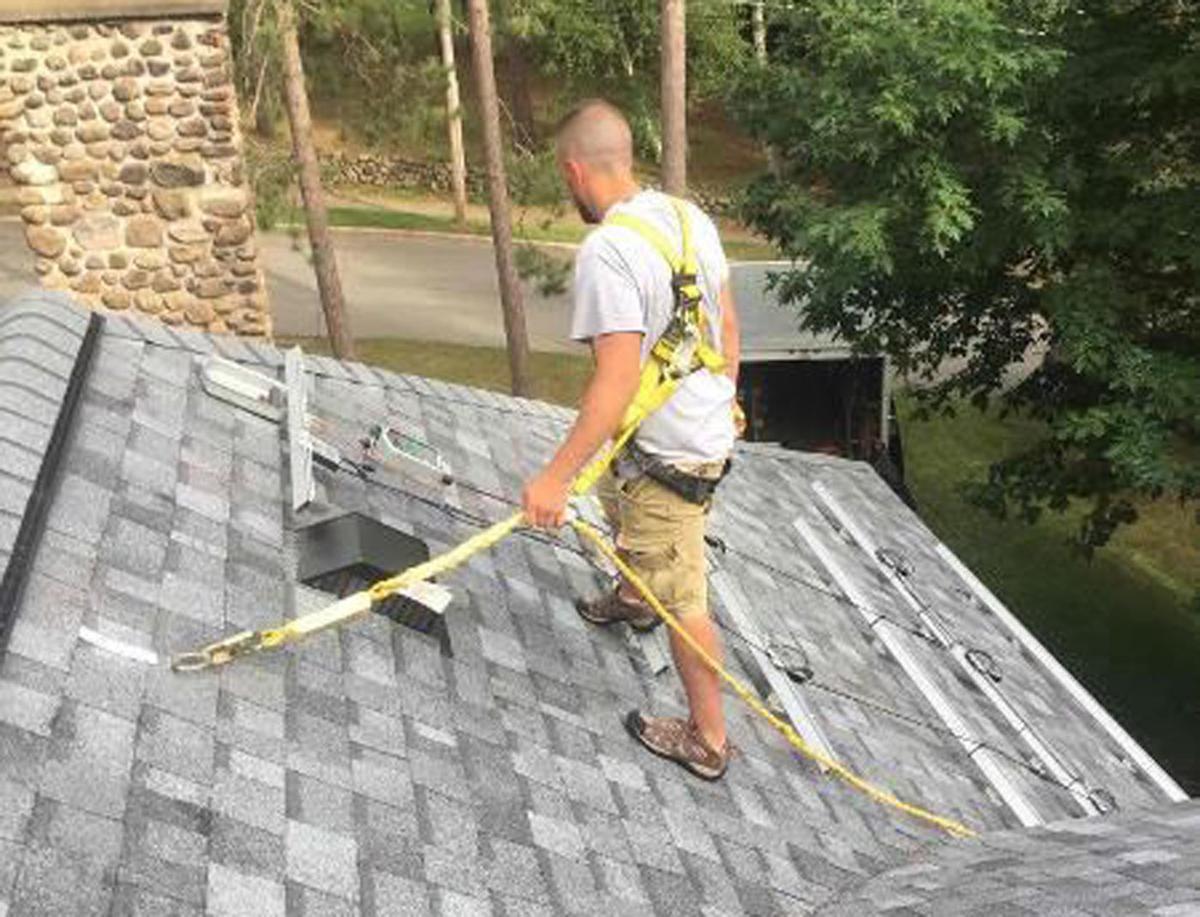 Apex Solar installer Josh Duckett works on a roof as he prepares to install solar panels in the Glens Falls area.

QUEENSBURY — Just halfway through the Southern Adirondacks Solarize campaign, the organizers have already met their goal.

They wanted 10 homeowners in Queensbury to install solar for their property. So far, 13 have signed contracts for solar power, and another eight have signed up outside the town.

They are now on track to hit 30 new solar power users by the end of the month, said Brent McDevitt, sales director at Apex Solar.

The solar installation company, which is based in Queensbury, has participated in 24 Solarize campaigns across the state. NYSERDA supports the campaigns, making panels cheaper than normal.

This campaign is above average in terms of the number of owners signing up, he said.

By comparison, the biggest Solarize campaign Apex has ever done, for a region far larger than this area, led to about 50 new solar power users.

“I would say this one is on the better-than-average in terms of campaigns we’ve done,” he said.

The campaign technically ends on Dec. 1. Property owners should ask for a solar assessment from Apex Solar or Solar Liberty by Oct. 31 (though no one will be turned away if they show up late). But the deadline is being urged so that they have time to consider different solar offers and then sign a contract by Dec. 1.

“I’m feeling very good about it,” said Town Board member Catherine Atherden, who is on the Clean Energy Committee. That committee is running the campaign for the region.

“I think it’s been a good education for the public,” she added.

The committee is already discussing its next step, after the campaign ends. They may look into community solar, in which those who can’t get solar on their buildings could still buy solar power.

“We like the idea. It is an option for what we’re going to do next,” she said.

But first, she added, the committee is focusing all its time and energy on the current campaign. Then they will need to research community solar before determining how — and whether — to implement a campaign for that.

For those who wait until October to sign up, there are no weather concerns because Apex installs solar panels year-round. Roof issues also aren’t a problem as Apex has installed three ground-mounted solar systems so far in this campaign.

Many Glens Falls owners have slate roofs and must get ground-mounted systems because panels can’t be attached to slate. Other owners simply prefer to hide a system in the back of their property, and some owners have too much shade on their roof but have a sunny area elsewhere on their property, McDevitt said.

He is hoping to get many more Glens Falls owners to buy solar. So far, only “a couple” of owners in Glens Falls have signed up, he said. There have also been a few contracts signed in the northern towns, including Warrensburg and Bolton Landing. But so far, most have been in Queensbury.

If he gets 30 new solar users by the end of the month, he said, he would be truly pleased.

Glens Falls, Queensbury and Saratoga Springs have been named Clean Energy Communities, joining about 200 others across the state.

QUEENSBURY — The Town Board is powerless to remove a 16-foot-tall reflective wall erected 3 feet from a homeowner’s property line, but the boa…

QUEENSBURY — The Town Board will limit where ground-mounted solar panels can be placed, but the new law won’t interfere with an effort to put …

The first solar panel installation in the southern Adirondacks for the Solarize campaign was at James Glendening's home on Ridge Road in Glens Falls.

Apex Solar installer Josh Duckett works on a roof as he prepares to install solar panels in the Glens Falls area.