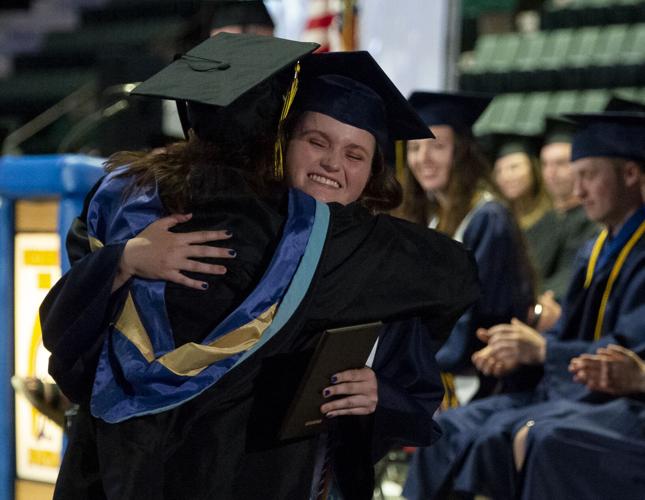 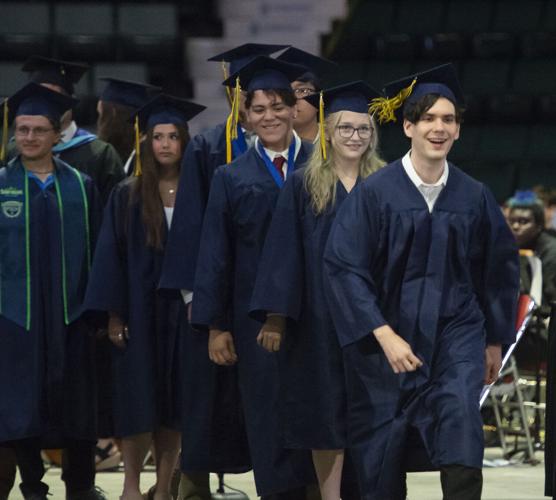 Queensbury High School seniors grin as they await their diplomas at their 2022 commencement ceremony on Friday at Cool Insuring Arena in Glens Falls. 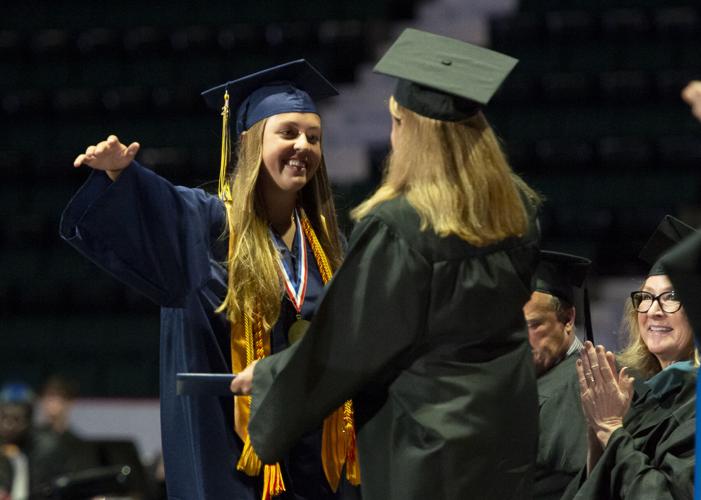 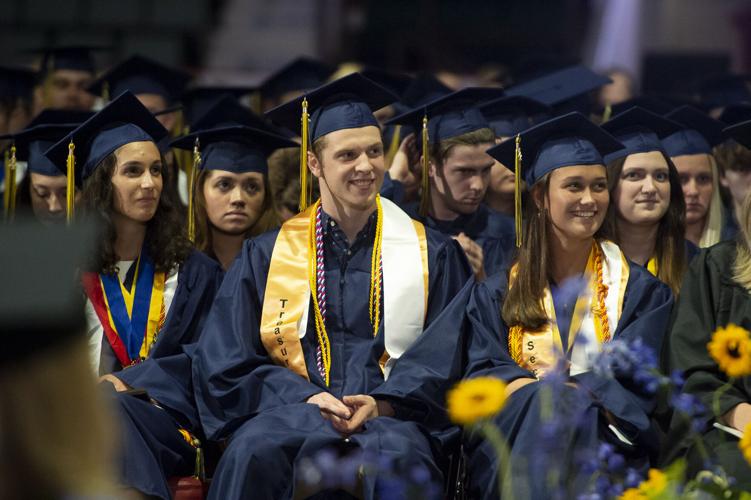 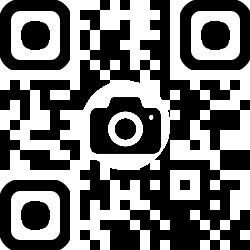 LOOK: To see additional photos, point your smartphone camera at the QR code, then tap the link.

QUEENSBURY — Queensbury High School Principal Damian Switzer had something in common with the 262 graduates that he was addressing on Friday at Cool Insuring Arena.

Switzer said when people asked him whether he was counting down the days until retirement, he said no. He said he enjoys his work.

“Every day has been like a package waiting to be opened,” he said.

Switzer stressed to the students the importance of finding something they love to do so they feel satisfied.

“If you haven’t found it yet, keep looking. As with all matters of the heart, you’ll know when you find it,” he said.

Switzer also singled out the students who are going on to military service.

Class Vice President Alexandria Murray announced that the class gift was the donation of the rest of its funds to set up a scholarship in memory of Adam Sweeney, who died in December.

Student speaker Kayrena Meyers said she sought out inspiration for her speech from the youngest students who shared simple advice that applies to school and beyond — make new friends, weigh consequences of actions, do homework and take naps.

“Enjoy the journey and never forget where it all began,” he said.

The other student speaker, Rachel Beth Mannix, said the class has been through a lot. They were in a school under major renovation during freshmen year, and then during spring of sophomore year, the COVID-19 pandemic hit.

“High school has been our odyssey,” she said.

Still, they made it through to the other side.

Also speaking was Superintendent of Schools Kyle Gannon and physical education teacher and coach Douglas Fraser, who was selected by the students as special guest speaker.

Janae Stewart was one of those students heading into the military. She is leaving for the U.S. Army in 10 days and heading to Georgia for training.

“I’ve kind of always wanted to do it since I was little. I’ve never had any doubt,” she said.

Stewart has relatives who served in the military.

“I think I’ll enjoy the structure — having something to do every day,” she said.

Art teacher Heather Palmer said this is the 25th class she has seen graduate and she is glad that she got to see the students’ smiling faces after dealing with the COVID pandemic during the last two years.

For more stories and photos about Friday and Saturday commencements, see Sunday's Post-Star.

Gas prices fall below $4 per gallon

Gas prices fall below $4 per gallon

Queensbury High School seniors grin as they await their diplomas at their 2022 commencement ceremony on Friday at Cool Insuring Arena in Glens Falls.

LOOK: To see additional photos, point your smartphone camera at the QR code, then tap the link.