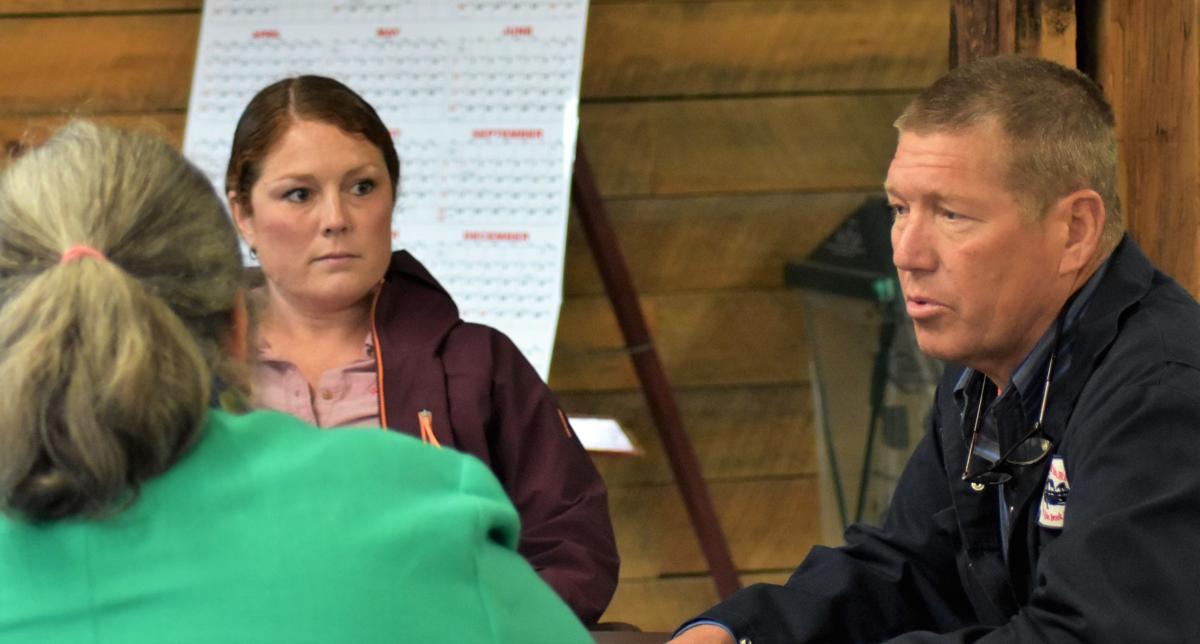 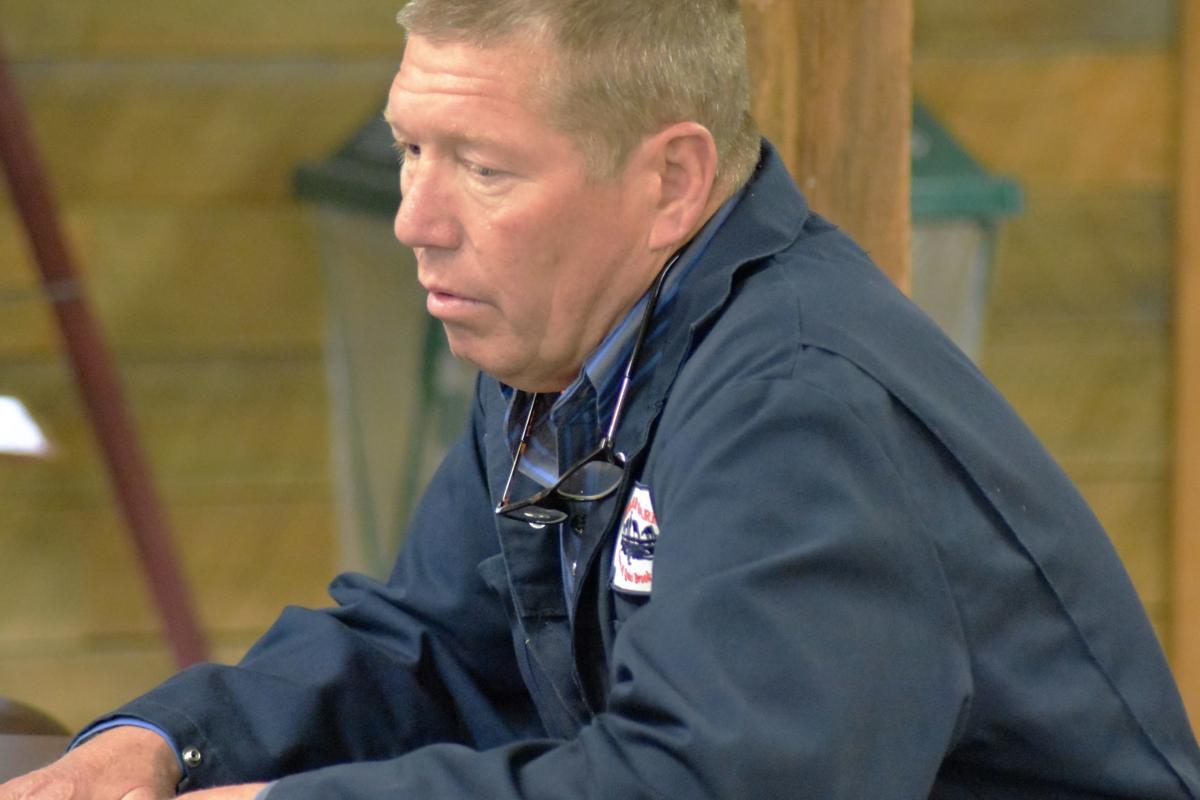 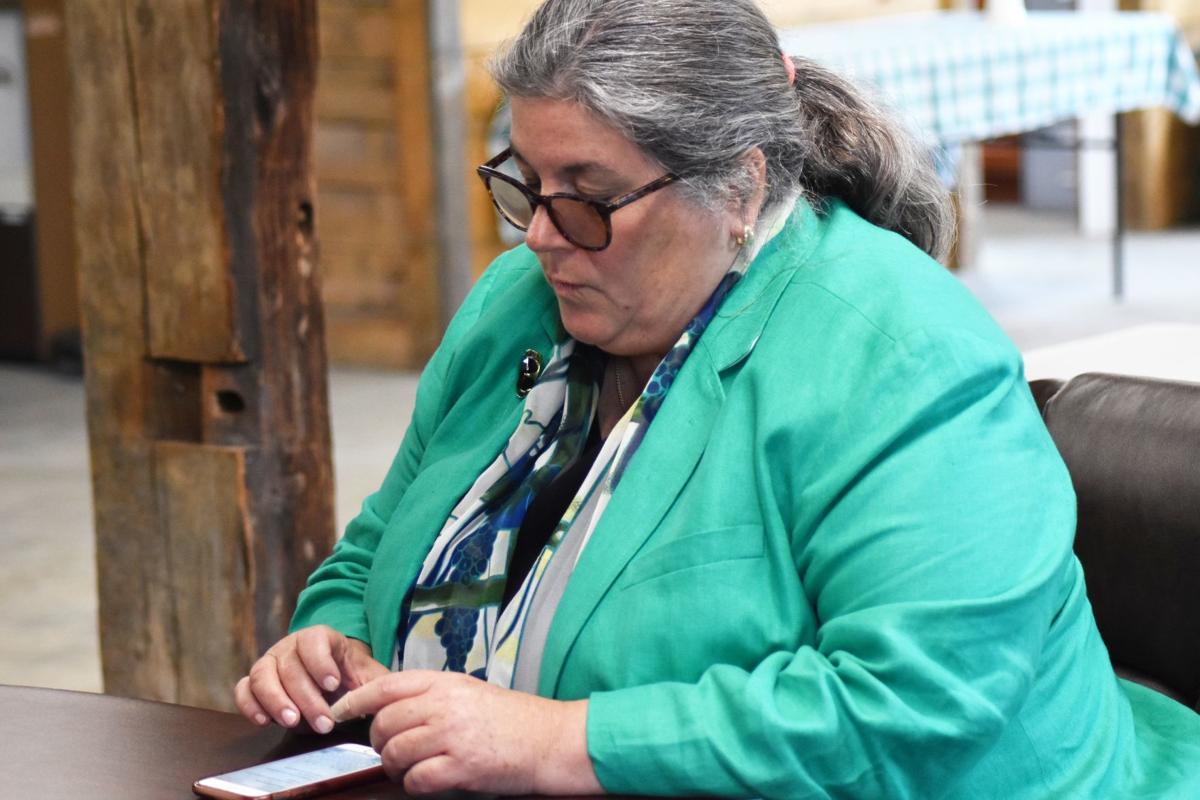 Assemblywoman Carrie Woerner, D-Round Lake, talks with the owners of Ideal Dairy Farms in Hudson Falls on Friday about the proposed changes to farm labor law.

“We felt, as a business, that this was coming sooner or later,” said Dickinson, who was joined by daughter Crystal Grimaldi and Michael Bittel, president of the Adirondack Regional Chamber of Commerce. “But the gravity of the situation we did not anticipate. We certainly feel like we are under attack as a dairy industry from all sides.”

Over the past month, the Farm Workers Fair Practices Act, effectively allowing unions on farms, has been gaining traction with farm worker activist groups like Farm Worker Justice protesting in Albany and other parts of the state.

As the bill currently stands, the state labor law would be amended with the passage of this bill, giving farm laborers overtime pay after an eight-hour shift, workers compensation benefits and the right to join a union.

But Dickinson said this does not fit into an agricultural model and could seriously affect smaller farms.

“We’re a large producer and I think this regulation doesn’t have significant implications for us,” said Dickinson about the family-owned dairy, Ideal Dairy Farms in Hudson Falls. Ideal currently has about 2,500 cows and 30 full-time employees. “But it is a considerable change for small producers. They are not structured to handle these changes.”

According to Woerner, who has been visiting many farms in her district, the model the bill uses is an industrial one and is not a good fit for the agricultural model.

“I don’t think the Assembly is eager to take this up this year,” she said. “We’re talking about an industry that has been in a down place … to do this right now could be detrimental to New York agriculture as a whole.”

The problem, said Woerner, is that this bill follows an industrial model, but farming deals with live animals, crops and weather.

“This is not a path to success as it stands, and I could not support it,” she said.

Grimaldi mentioned that there are other industries, like law enforcement, that work longer days.

“The workers we have are all based on an 11-to-12 hour day,” Grimaldi said. ”We are running two shifts with the milking staff working an 11-hour day. That gives them around 63 hours a week.”

And Dickinson added, “We all work 12 hour days. Its just the culture, it’s a business and a lifestyle.”

Bittel said that if passed, the financial pressure of overtime after eight hours may lead to more automation and less hours for workers, if farmers are to stay in business.

“I have had long conversations with Saratoga apple producers and they said, ‘we would have to schedule people for 35 hours and try to hire additional people,’” she said. “People who want to work 60 hours will have to get a second job. Commodity prices are fixed; if you jack up labor costs, you have to make adjustments to manage costs.”

Assemblyman Dan Stec, R-Queensbury, said that versions of this bill have been coming up over the past 20 years, but they never gained a lot of traction.

“They are working on a razor-thin margin already,” Stec said about farms. “Farms face the challenges other businesses face. And then they are beholding to mother nature … they are already teetering. This could finish some of them off.”

Stec said that from his experience, farms in this area treat their workers well and he has never had a farm worker come to him for help.

Dickinson said that collective bargaining itself is not a problem for farmers, but a work stoppage could be a disaster.

“The work stoppage is an issue,” he said. “If all our workers did not want to milk our cows, we’re in trouble.”

Jackson Supervisor Jay Skellie, who farms 700 acres in Jackson, agrees that striking is a problem.

If a farmer has a crop ready to pick and workers threaten to strike if they are not paid more, the farmer would have no choice, he said.

“They know the nature of the job; it’s not like a factory. If they go on strike, you can’t turn the lights off until the strike ends,” he said. “Living creatures have to be cared for daily. If workers go on strike, are farmers going to be able to get animals fed, cleaned, milked? I worry about the animal, too.”

The farmers and legislators want workers treated fairly with good pay and days off, but they suggest modifications to the existing bill.

These include provisions for work stoppage, longer shifts for planting and animal care, to name a few.

According to Woerner, there will be a legislative roundtable for farmers to talk about their businesses at the end of the month.

“My hope is these farmers can impress those legislators with what their practices are as much as they have impressed me,” she said. “For the dairy industry, they have had a long, long stretch of lower milk prices and tariff constraints. That struggle is really felt, and I think they can tell that story.”

The right to join a labor union is not a constitutional right, according to New York Appellate Division Justice Stan Pritzker of Hartford, who…

Assemblywoman Carrie Woerner, D-Round Lake, talks with the owners of Ideal Dairy Farms in Hudson Falls on Friday about the proposed changes to farm labor law.