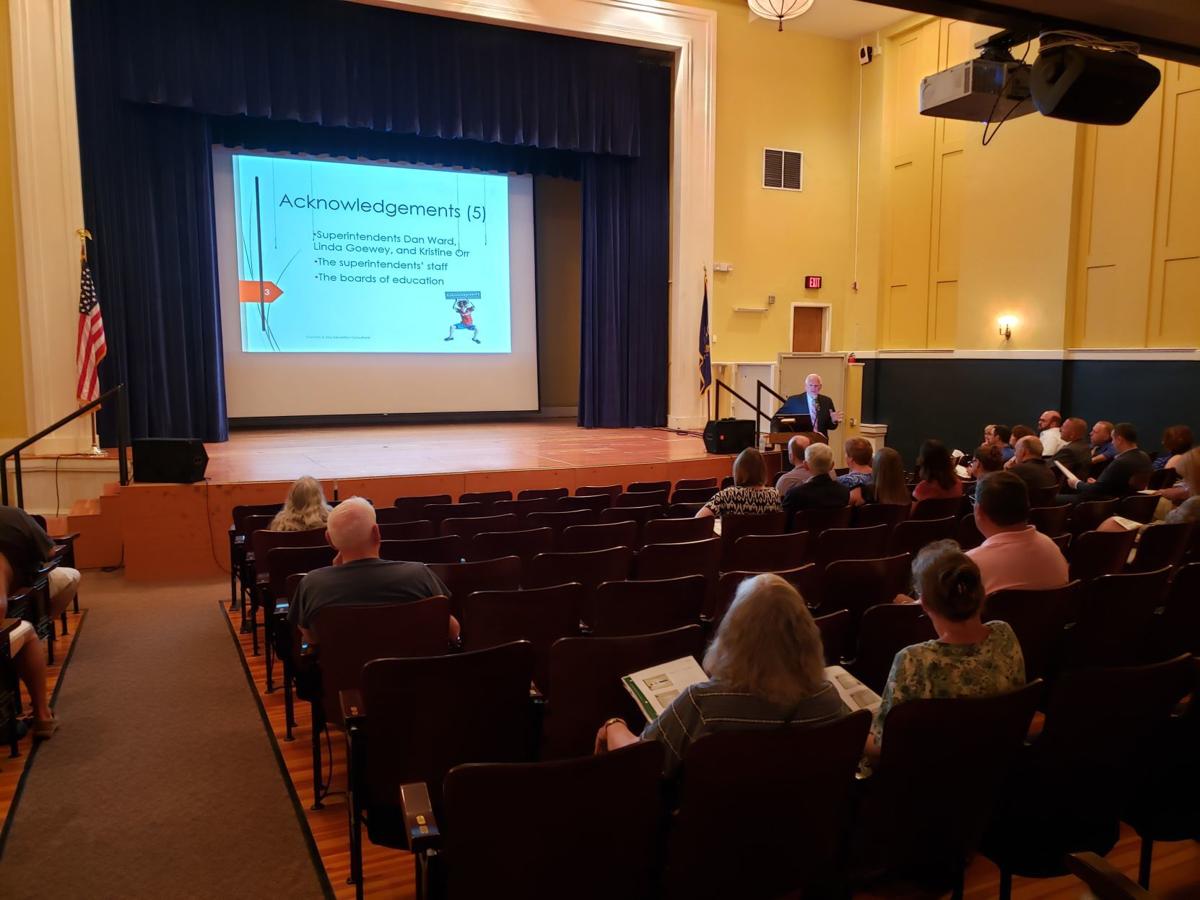 Castallo & Silky Education Consultants adviser Alan Pole presents the results of a pre-merger study between Fort Edward Union Free School District and either South Glens Falls or Hudson Falls Central School Districts Thursday night. Community members, board of education members and school administrators were in attendance to hear preliminary results of what a merger might mean for students and residents should a merger occur. 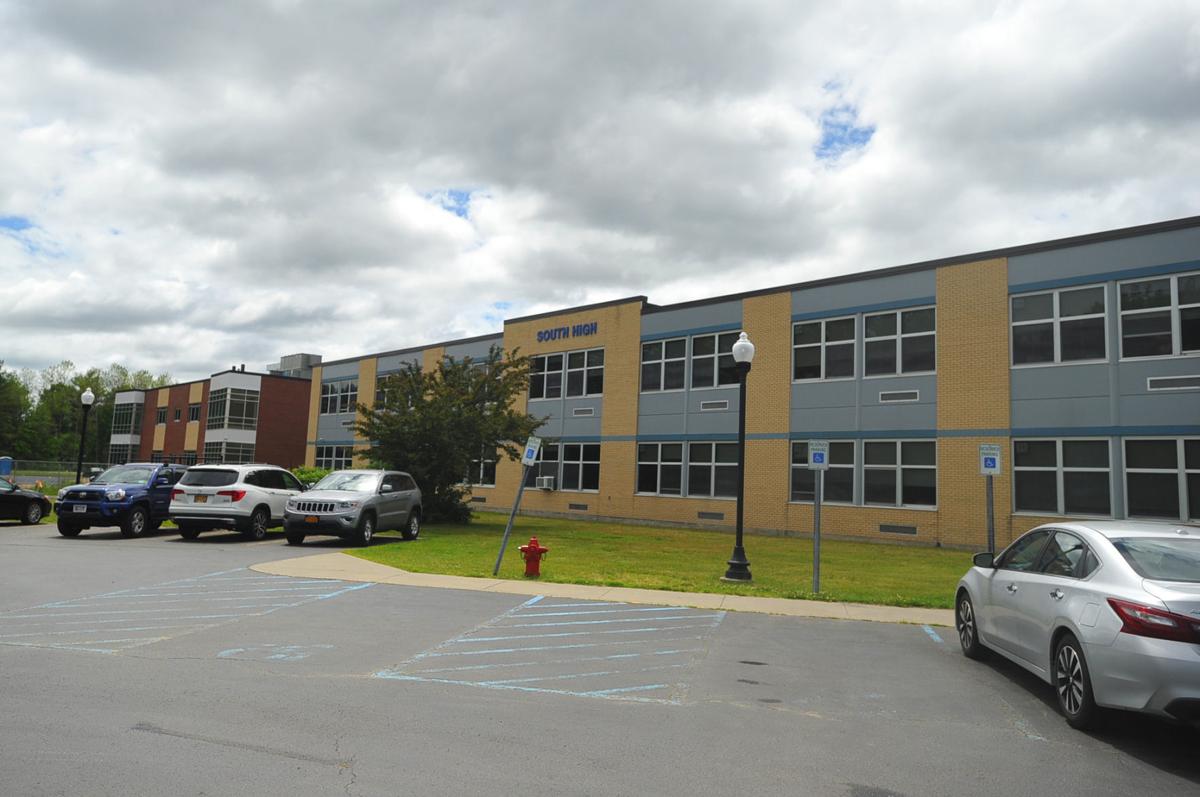 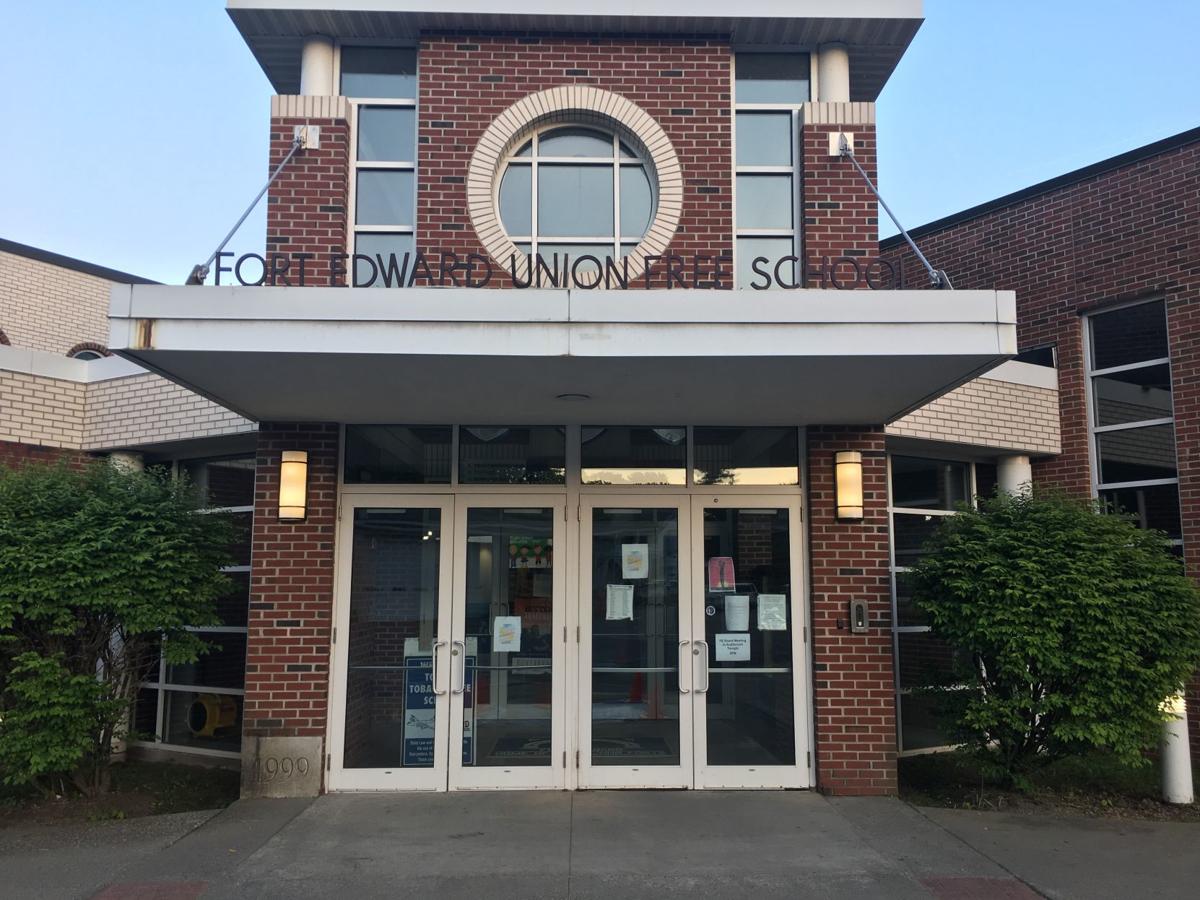 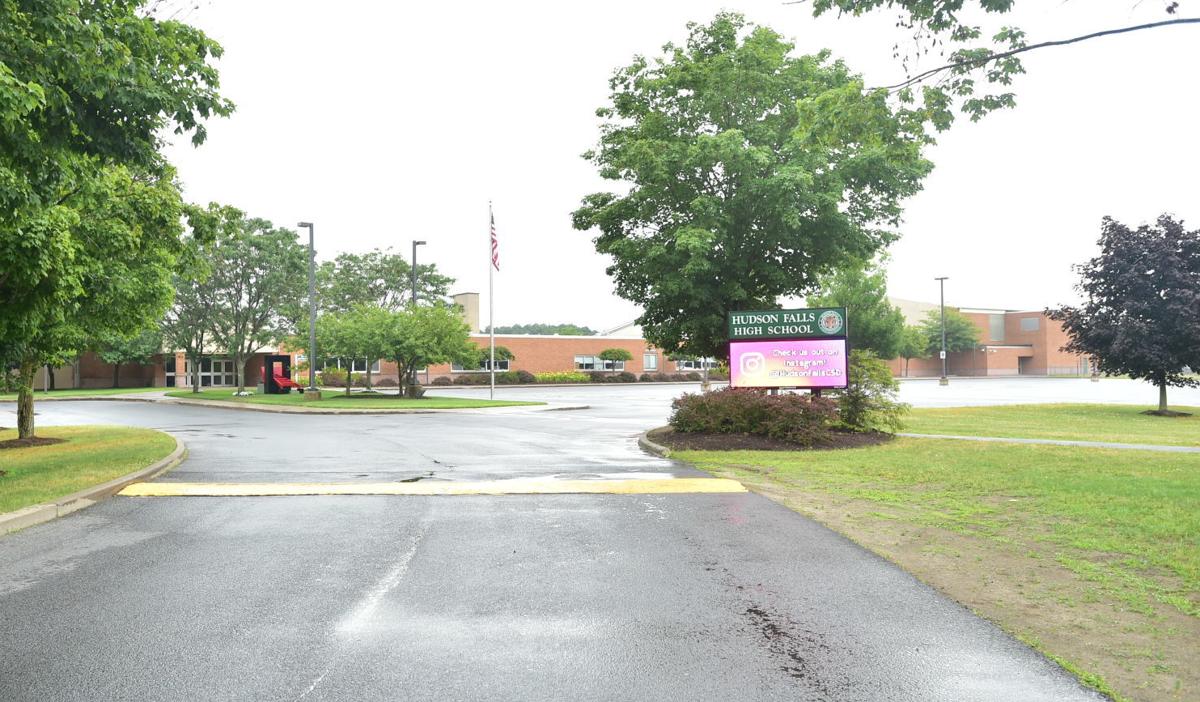 Declining populations across most of the upstate have forced some districts to evaluate whether a merger may be needed to continue offering a first-rate education to students without a large burden being put on district taxpayers.

Fort Edward Superintendent Dan Ward said this pre-merger study was not a decision one way or another, rather an exploration of whether a full investigation was even warranted.

“We all love our schools. This is not something anybody has decided to do,” Ward said. “This is part of gathering information. We’ve been gathering a lot of information over the last three years to make a long-term plan for the Fort Edward School District. Maybe the best thing for Fort Edward over the next 50 years is to be Fort Edward.”

The study, conducted by Castallo & Silky Education Consultants, explored a possible merger of Fort Edward with either South Glens Falls or Hudson Falls Central School Districts and was formally presented by Alan Pole and Deborah Ayers.

Pole said a merger of into either Hudson Falls or South Glens Falls would benefit Fort Edward students academically because of larger schools’ ability to offer a wider variety of courses.

Fort Edward currently has 43 course sections with fewer than 10 students and Pole said while there is nothing inherently wrong with small classes, the challenge of continuing to offer, especially electives, courses with only a handful of students becomes increasingly difficult with a declining tax base and fewer funds.

A merger with either district would also decrease the property tax rate for both parties thanks to funds from the state designed to incentivize district consolidations.

The funds, called Incentive Operating Aid, taper out over a 15-year span and start with a 40% increase to the two districts combined operating aid from the 2006-07 school year.

This would mean a merger with Hudson Falls would bring in around an additional $44 million and a South Glens Falls merger would mean around $49.5 million.

These funds are used to smooth the transition of the new combined district. Pole and Ayers recommended the funds be split into thirds, one to pay transition costs, one to put into reserves and save for when the operating aid goes away and one third to reduce taxes on district residents.

In addition to new revenue, the state also incentivizes mergers by bumping the building reimbursement rate to 98% for the first ten years after the merger.

When it comes to staff, it is not required by law to level up salaries if teachers with equal experience make more in one district than the other, but the study did give an estimate of the costs should the districts decide to do so.

In addition to salaries, teachers in the annexed district, in this case Fort Edward, are only guaranteed positions in the annexing district if there is a vacancy. If there are not enough vacancies, the teachers who do not get positions are put on a preferred hiring list for seven years.

Because of Fort Edward’s relatively small size, transportation would not be a huge logistical problem in a merger with either district, according to Pole.

Pole said regardless of the appeal on paper, the emotional side of a merger is equally important.

He said traditionally there is one community that feels as if they do not need the merger and would be better off without it.

“Of the 11 (mergers) I’ve done, two of them have merged,” Pole said. “I have never worked on any merger where there was not an issued of resistance in one or both school districts. There is an emotional part of merging school districts that is equally important as the data.”

Fort Edward Board of Education President Tom Roche said the decision is even harder because of the integral ties of schools to their communities.

“As the school goes so does the village. You want families to come in and I think without a school here it might be tough, but I think the information has been very valuable for everyone.”

At a glance: South Glens Falls

At a glance: Hudson Falls

Fort Edward residents will have a chance to voice their opinion later this month on a possible merger between Fort Edward schools and either the Hudson Falls or South Glens Falls districts.

The Fort Edward Union Free School District Board of Education will host a forum Tuesday night to hear from residents about the results of a recent pre-merger study and the possibility of a full-merger study in the future.

Chart 5.1 in this version of the full report contains an error in the number of students enrolled in Fort Edward Elementary School, but the co…

Facing a $1.3 million budget gap, the Fort Edward school board voted Monday to do a merger study with Hudson Falls or South Glens Falls districts.

The Fort Edward and South Glens Falls school districts have agreed to go forward with a full merger study.

Castallo & Silky Education Consultants adviser Alan Pole presents the results of a pre-merger study between Fort Edward Union Free School District and either South Glens Falls or Hudson Falls Central School Districts Thursday night. Community members, board of education members and school administrators were in attendance to hear preliminary results of what a merger might mean for students and residents should a merger occur.