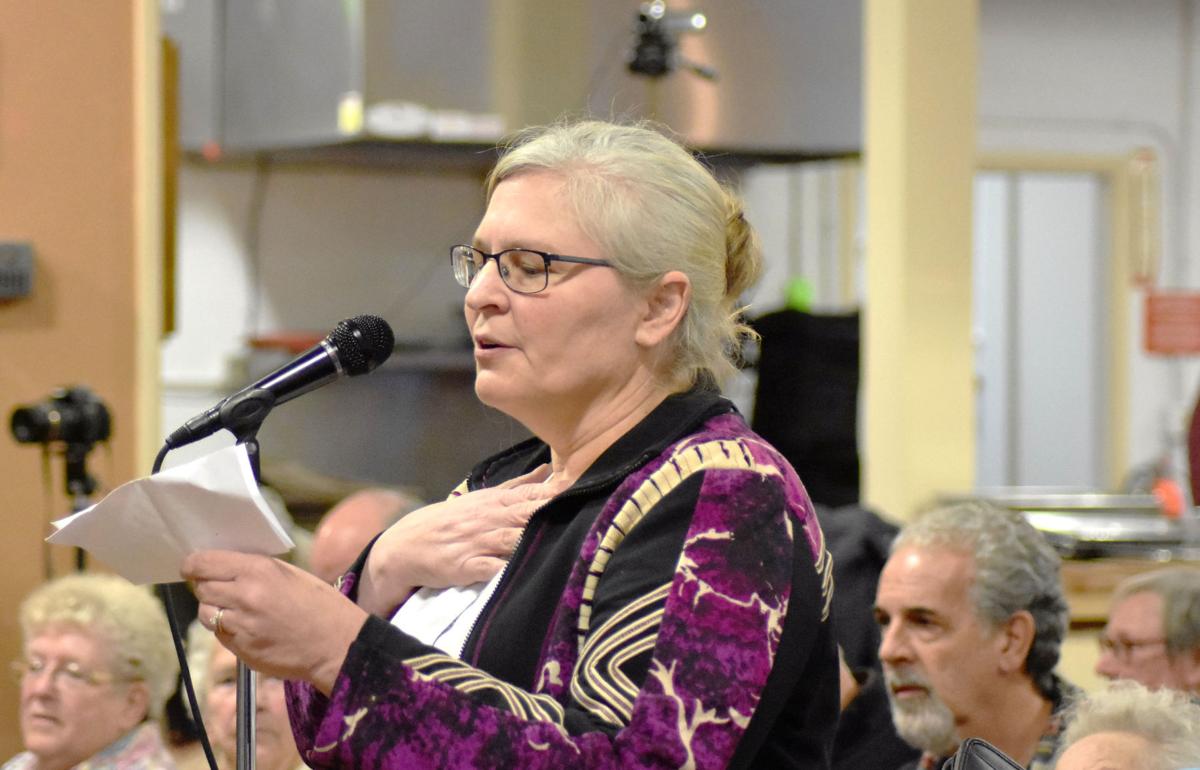 Sara Carpenter of Queensbury asks NY-21 congressional candidates about the high cost of prescription drugs during a candidates forum Jan. 7 at the Moreau Community Center. 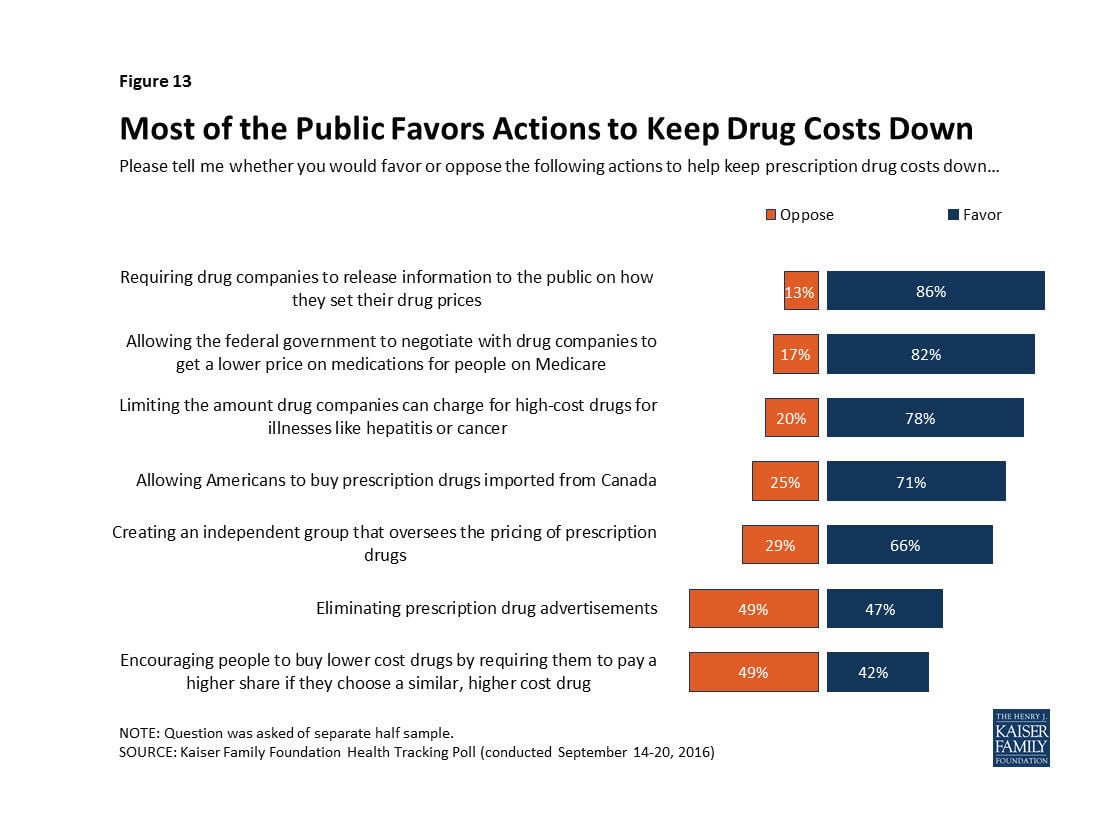 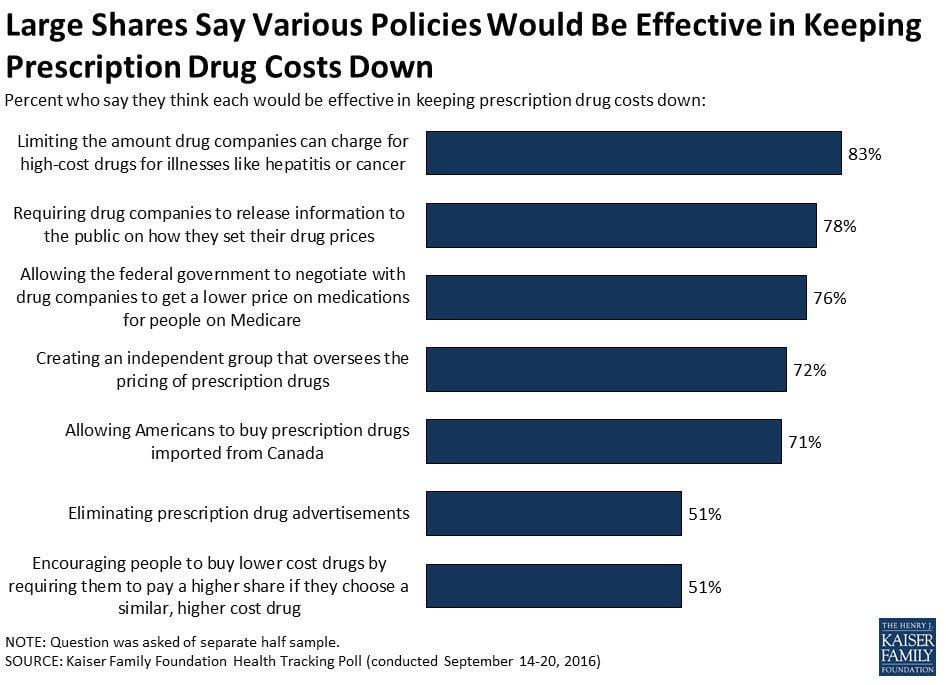 A single injection of a 65-year-old drug, H.P. Acthar gel, now comes with a price tag of more than $34,000, costing Medicare’s prescription drug program more than $500 million a year for fewer than 5,000 patients.

Approved in 1952 for infantile spasms, Acthar is now prescribed for about 18 different conditions, including multiple sclerosis and rheumatoid arthritis, despite a lack of evidence the drug is better than less costly alternatives like prednisone, according to a study published in the November 2017 issue of the Journal of the American Medical Association.

“For adult indications, there is little evidence that Acthar is superior to cheaper synthetic corticosteroids,” Oregon University researchers report in the study.

Because Acthar is such an old drug, it never went through today’s rigorous FDA clinical trial standards and has not been extensively tested for use beyond infantile spasms, according to researchers.

Nonetheless, Questcor, which acquired the drug in 2001, raised its price overnight from $1,600 to $24,000 for a single dose. Now Mallinckrodt Pharmaceuticals charges a little more than $34,000.

Today, the Mallinckrodt drug costs more than $120,000 per patient annually, while prednisone is on Walmart’s $4 prescription list for a 30-day supply.

Because current U.S. laws do not prohibit pricing monopolies of brand-name drugs and because Medicare cannot negotiate prices and drug patents are often extended, U.S. spending on pharmaceuticals exceeds $1,000 per person. Additionally, drugs cost 30 percent to 190 percent more than in nine other high-income countries, including Canada, France, the UK and Norway, according to a 2016 Commonwealth Fund International Health Policy Survey. (The Commonwealth Fund is a private foundation that supports independent research on health care issues.)

“Unlike the U.S., many other countries employ centralized price negotiations, national formularies, and comparative and cost-effectiveness research for determining price ceilings,” the Commonwealth Fund researchers note. “In general, the U.S. allows a wider latitude for monopoly pricing of brand-name drugs, (more) than other countries are willing to accept.”

U.S. Rep. Elise Stefanik, R-Willsboro, said in an interview last week that she is open to bipartisan solutions to the high cost of prescription drugs.

“It impacts my own family and families in the district,” she said, sharing a story about the cost of her father’s EpiPen.

Stefanik said she supports the “21st Century Cures Act” that passed the House in 2015 and was referred to the Senate’s Committee on Health, Education, Labor, and Pensions. The bill supports additional drug research funding and shorter FDA approval times.

Others say giving cost negotiating power back to Medicare would bring costs in line, and according to a 2017 study, 92 percent of U.S. adults favor that reform.

“There is a fine line … they are making tremendous medications, and we have to be careful to not damage drug development and be sure we don’t vilify them,” said Dr. David Mastrianni, an oncologist and senior vice president of Saratoga Hospital medical group. “But with a lack of competition, it’s like the Powerball Lottery if they get a winner.”

“PhRMA is the third most active client this year; they’ve spent the most of all lobbying clients,” said Sara Bryner, research director of the Center for Responsive Politics in Washington, D.C. “In a world where members of Congress have limited time, PhRMA spends the most and they will be represented in those meetings. They have more connections, they have shinier marketing materials, they help finance research and they know more about the bills than the members of Congress.”

Pfizer markets big sellers like Prevnar, Lyrica, Lipitor and Viagra. Amgen markets the biologic Enbrel, which is the world’s third leading drug for rheumatoid conditions, and Neulasta for chemotherapy patients.

“We recognize that many people are struggling to access the medicine they need, and have important questions about their medicine costs. And we want to help find the answers,” VanderVeer said in an interview. “That is why we are convening a conversation called ‘Let’s Talk About Cost’ that takes a broad look at this complex issue, exploring the slowdown in medicine cost growth, the rising cost of chronic disease, insurance coverage of medicine, the role of middlemen, and what our industry can do to make medicine more affordable for patients.”

VanderVeer said spending on medicines by government programs and insurance and pharmacy benefit managers has slowed.

“In 2016, government data says that spending on medicines increased only 1.3 percent,” she said.

But patients are being asked to pay more out-of-pocket, VanderVeer said.

Drug companies are not making huge profits, she said.

“Biopharmaceutical companies use profits to invest in future drug discovery. Without those profits to invest, we would not have the breakthrough cancer and other treatments we are seeing today, many of which go well beyond what we ever could have imagined even a decade ago,” she said.

Hospitals mark up the price of medicines, she said, “sometimes more than 500 percent.”

But when asked by a Post-Star reporter about the high cost of oral chemotherapy drugs like Imbruvica — at over $120,000 annually — that are mailed directly to patients, never going through hospital pharmacies, VanderVeer said she would have a response the next day.

Also consider drugs like Acthar — developed decades ago, it cost Medicare $1.3 billion over five years. Its price has increased more than 2,000 percent in recent years.

The majority of drugs are first developed by researchers at academic institutions, funded by federal grants, before drug companies purchase the patent.

“I believe a large portion of the drug costs in the U.S. are due to lobbying efforts. And the lobbying effort is what protects the incumbent. I’ve been around the game long enough,” he said.

While Democratic Sen. Charles Schumer did not receive campaign funds this year, in 2016 Schumer received $273, 289 and Gillibrand received $23,990, according to data from the Center for Responsive Politics.

“This gives them a higher level of access,” said Bryner. “It does show that money is power and can get you past gates closed to the rest of us.”

Quagmire of a thousand faces

What gets lost in the high-priced political game of pharmaceutical industry lobbying are the patients facing drugs costs and co-payments that often surpass their annual incomes, forcing tough, sometimes life-and-death choices.

According to the 2017 Commonwealth Fund study, 14 percent of insured Americans reported they did not fill a prescription or skipped doses of medicine because of the cost, compared with 2 percent in the U.K. and 10 percent in Canada. And for Americans without continuous insurance coverage over the past year, the rate was twice as high.

Sara Carpenter of Queensbury knows her husband will die without the costly oral chemotherapy his insurance currently covers, and she fears that at some point his insurance coverage will change.

Carpenter has been trying to get lawmakers’ attention since last year. She has visited both Stefanik and Gillibrand and even stood in a hall at Glens Falls Hospital with a sign, “My husband’s chemo costs $11,000 a month,” during a visit by Gov. Andrew Cuomo last year.

During a recent NY-21 congressional candidate forum at the Moreau Community Center, she asked congressional hopefuls their views on such costs.

“Pharmaceuticals are the fastest growing of health care costs,” she said. “It is totally out of control.”

There is currently a bill, “The Stop Price Gouging Act,” in both the Senate and House that amends the Internal Revenue Tax Code to hold drug companies accountable for large price increases. The legislation would penalize pharmaceutical companies that engage in price gouging without cause.

“The Stop Price Gouging Act would for the first time impose stiff penalties on drug companies that gouge the prices of medicines that their patients rely on for lifesaving treatment,” said Gillibrand, the bill’s co-sponsor, in a release.

Stefanik indicated she would not support the bill.

But Carpenter said there has to be a way to cap prices and hold lawmakers accountable.

Saratoga Hospital’s Mastrianni said the industry must know change will eventually have to happen, because the system will no longer be sustainable.

Medicare needs to establish a prescribing guide, known as a formulary, as a “real way to control costs,” he said.

Looking back at local history: Jan. 21

Take a look back at local history. Here are the top stories for Jan. 21 from one, five and 10 years ago.

Sara Carpenter of Queensbury asks NY-21 congressional candidates about the high cost of prescription drugs during a candidates forum Jan. 7 at the Moreau Community Center.