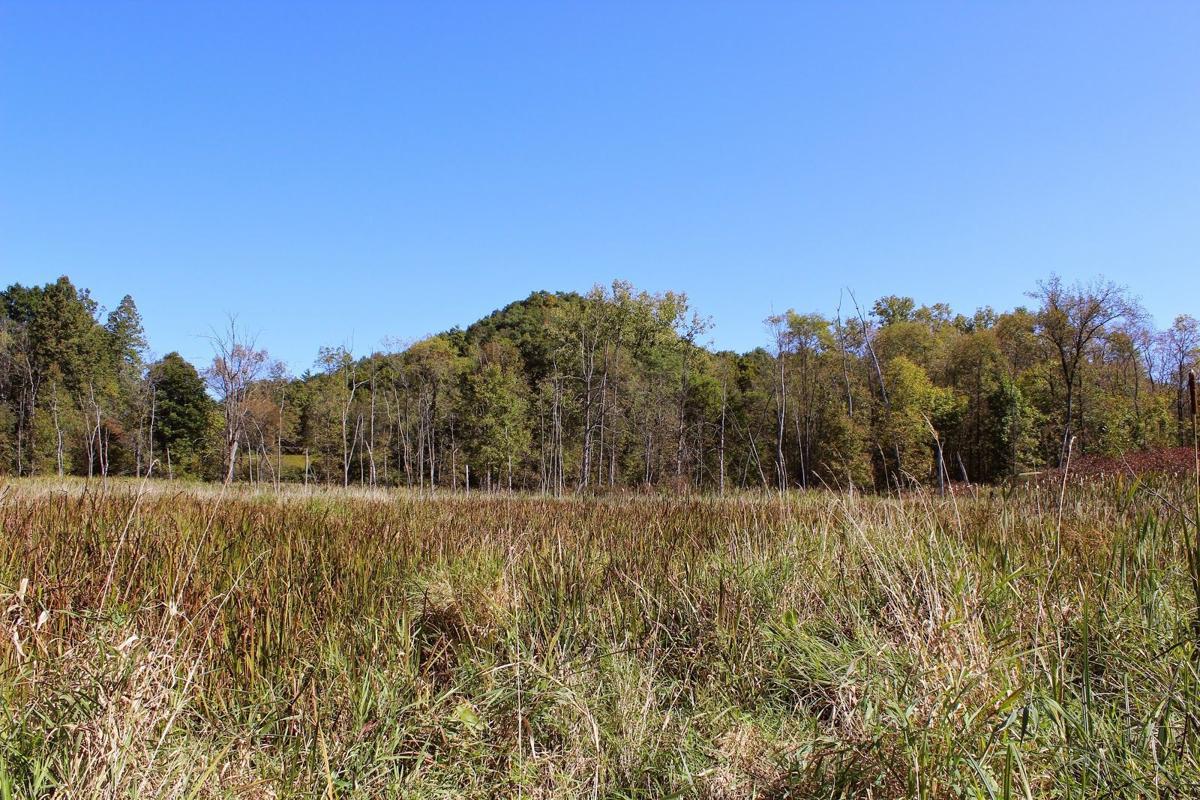 Battle Hill in Fort Ann was the site of a key American Revolutionary War battle, according to researchers. Transmission Developers Inc., which is burying two high-voltage cables across New York, is seeking permission to slightly alter its 333-mile route, which includes 196 miles underwater and 137 miles underground and through the battlefield. 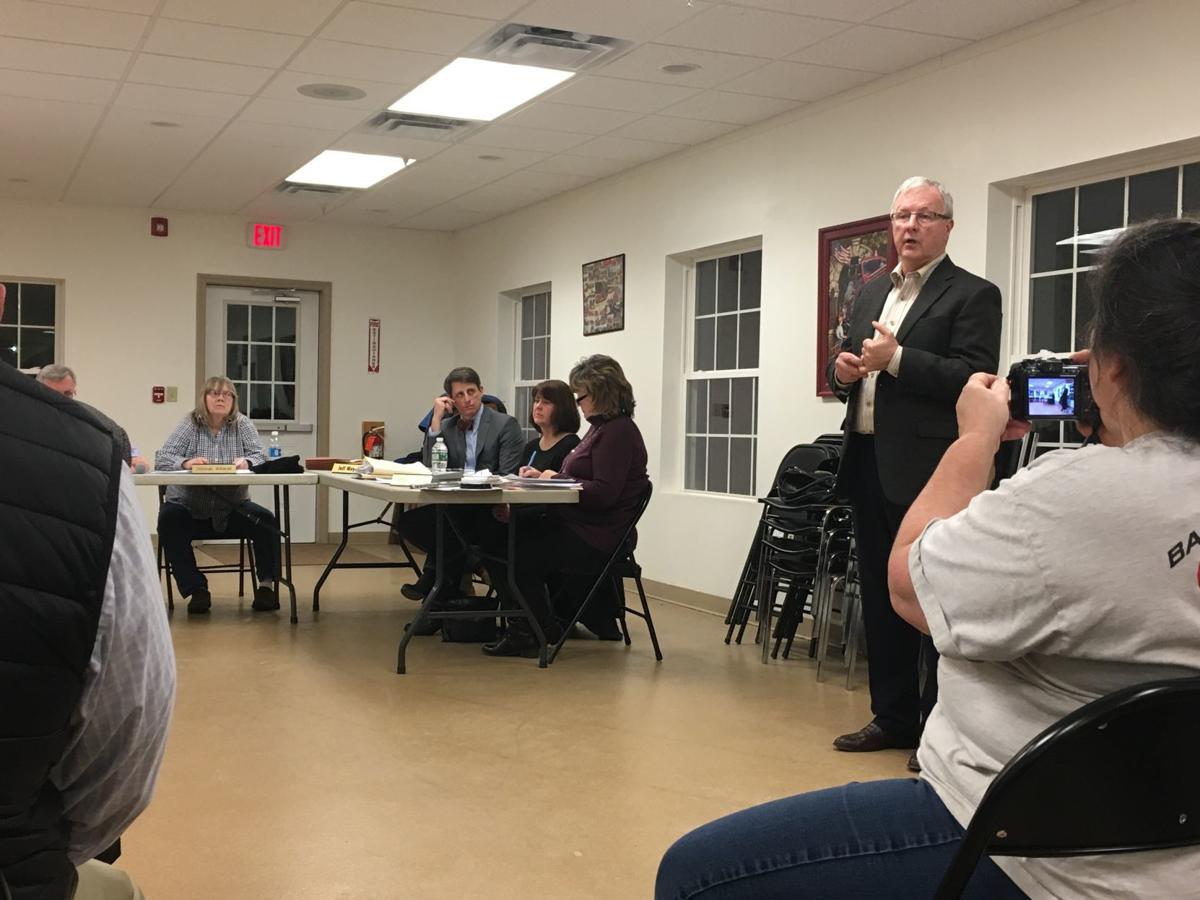 Rick Chase, the senior public affairs consultant with Transmission Developers Inc., proposed a modification to the Champlain Power Express Project Monday night. The route of the power lines would be changed to run through part of a historic battlefield.

FORT ANN — Only in the past couple of years has the town won a fight to preserve 165 acres where a Revolutionary War battle took place.

But Monday night, town officials learned that executives with the Champlain Power Express Project want to change the route of buried power lines and go through part of the historic property.

Instead of skirting the border of the town, the trench for the cables would run along Old State Route 4 before returning to the railroad right-of-way north of the village of Fort Ann.

About 6 miles of the trench would run through the town and village.

Traffic would be affected during construction, with lane closures on Old State Route 4 while the cable is being buried.

The Revolutionary War site, on Battle Hill along Route 4, is one of the focuses of “Campaign 1776,” a national initiative to foster the preservation and interpretation of Revolutionary War and War of 1812 battlefields.

The Battle Hill site will join several other key historic sites in the region, including Fort Ticonderoga, Fort William Henry in Lake George and Rogers Island in Fort Edward.

FORT ANN — The final victory in the town’s fight to preserve a Revolutionary War battlefield ended not with a surrender but with a celebration.

Christine Milligan, commander of the local American Legion, voiced concerns about what would happen to artifacts if they were dug up by the power project.

“You will be going through the integrity of the battlefield,” Milligan said during the Town Board meeting.

“Our concern is when you start trenching and digging up the artifacts, will there be anyone there to stand by if they find bones, because we do already have some bones recovered,” she said.

Milligan insisted the town would want to document the findings.

She also noted that at least six soldiers are buried somewhere in the battlefield, and if they were found, it would be the third time they’d been recovered since the war.

Rick Chase, a consultant with Transmission Developers Inc., assured Milligan the company has procedures to handle the uncovering of artifacts. Inspectors would be on sight and the State Historic Preservation Officer would take over.

“The worst case would result in a re-route,” Chase said. “We can reassure it will be handled properly and with respect.”

The project is privately financed and the company will pay property taxes to the communities it passes through during the life of the project, which is expected to be about 40 years, Chase said.

The item was tabled until a walk-through of the property can be done on March 1, along with town Supervisor Richie Moore and the highway superintendent.

If the town approves the modification, the project would have to go back to the state to get an amendment.

The Battle of Fort Anne was fought on July 8, 1777, when the outcome of the Revolutionary War and the country’s future were still in doubt, according to research done by the Civil War Trust.

British troops under Gen. John Burgoyne were trying to slice the new nation in two by cutting off New England from the other colonies.

According to the Civil War Trust, Burgoyne planned to march down the Hudson River, capture Albany and build a chain of outposts from New York City to Montreal.

After a number of successes, Burgoyne’s forces made their way to Fort Anne, where Colonial forces made a stand, attacking a detachment of 200 British soldiers on a wooded hill.

The combatants fought until they exhausted their ammunition and the Colonials withdrew, anticipating British reinforcements. The Battle of Fort Anne was a precursor to the destruction of Burgoyne’s army three months later at Saratoga.

Biden says there won't be a gov't shutdown Friday

Biden says there won't be a gov't shutdown Friday

Battle Hill in Fort Ann was the site of a key American Revolutionary War battle, according to researchers. Transmission Developers Inc., which is burying two high-voltage cables across New York, is seeking permission to slightly alter its 333-mile route, which includes 196 miles underwater and 137 miles underground and through the battlefield.

Rick Chase, the senior public affairs consultant with Transmission Developers Inc., proposed a modification to the Champlain Power Express Project Monday night. The route of the power lines would be changed to run through part of a historic battlefield.