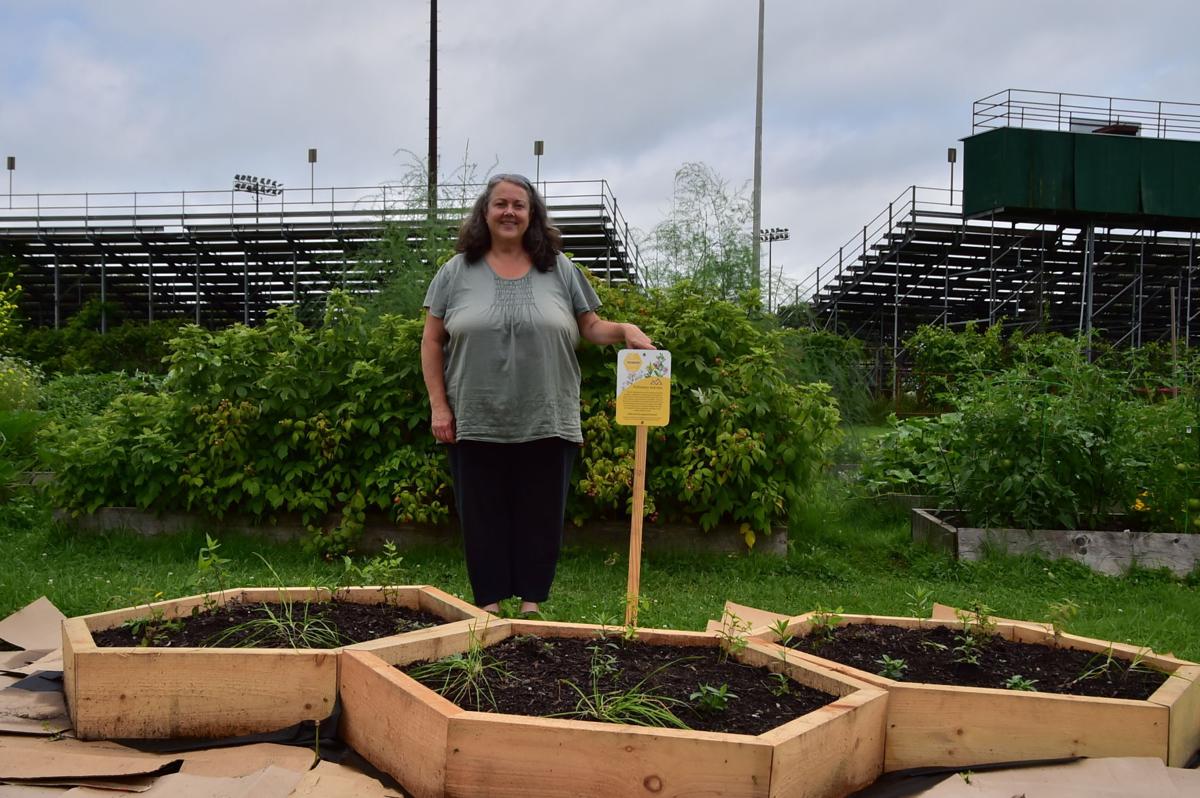 Shellie Wise, a master gardener who oversees Glens Falls' community garden program, poses for a photo behind the recently installed pollinator garden at East Field this past week. The new garden will benefit the nearby community garden and educate the public about the importance of pollinators. 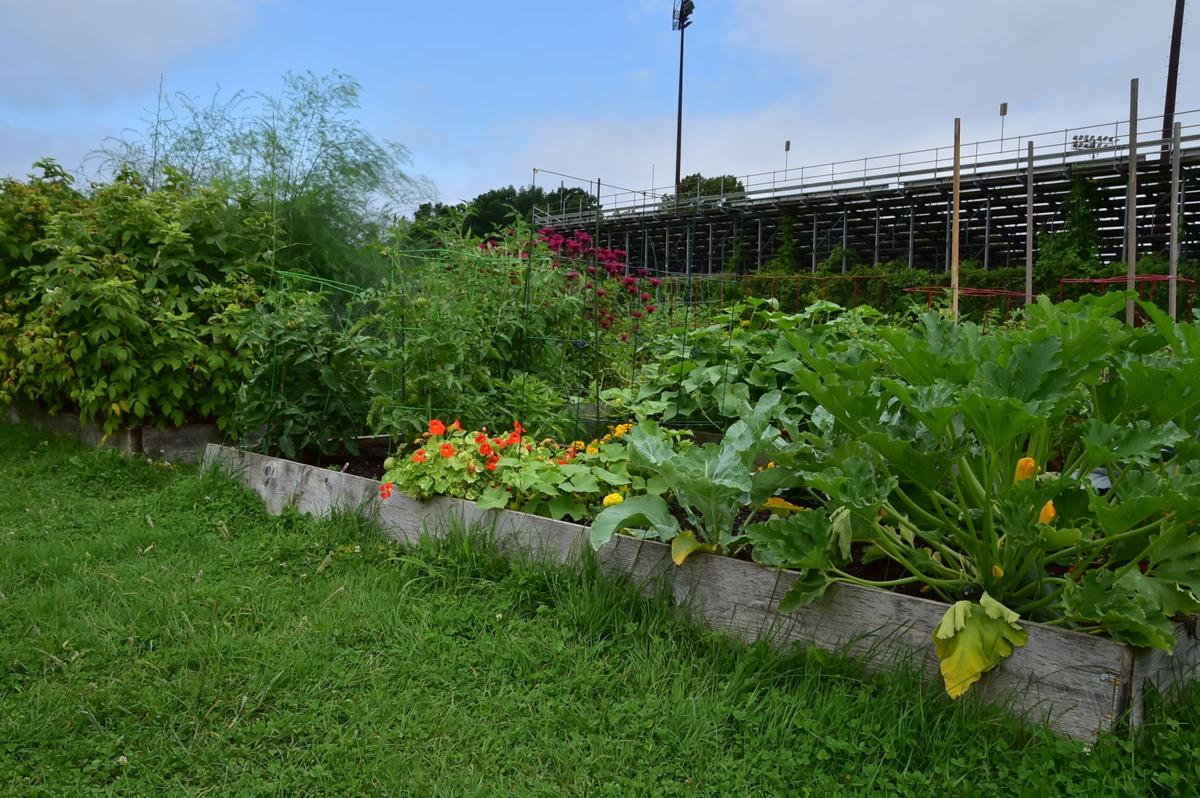 The community garden located at East Field in Glens Falls features 24 beds where everything from sunflowers to vegetables is grown. 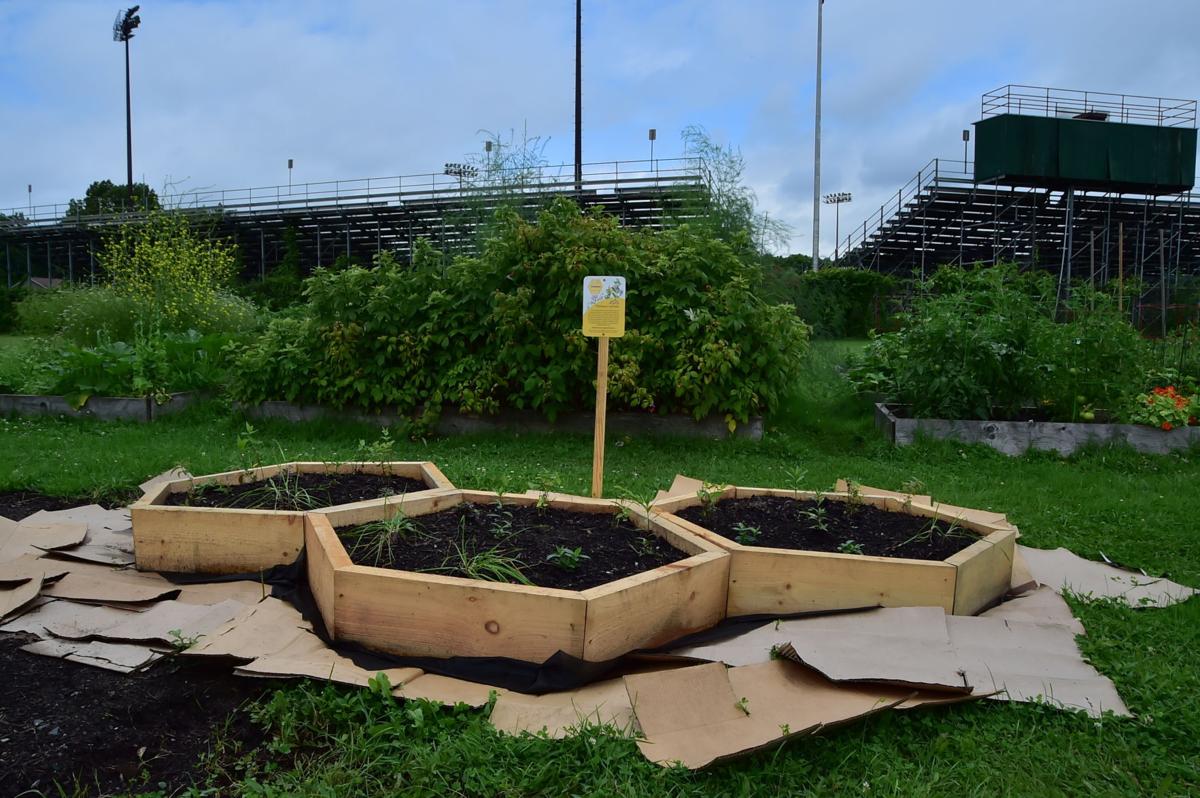 As a master gardener, Wise knows how important the native pollinators are, which is why she had trouble hiding her excitement when discussing the recently installed pollinator garden near the community garden she oversees just beyond the stadium’s outfield bleachers.

“It’s not just to benefit the garden,” she said. “It’s to make the community aware that you need to be active and supporting pollinators and what you can do about it.”

The garden was installed by volunteers from AdkAction, a nonprofit environmental group that works to raise awareness about issues impacting the sprawling Adirondack Park.

Among those issues is the decline in native pollinators brought on by land loss, pesticide use and climate change, spelling catastrophe for the thousands of flowering plants that rely on them for survival, including thousands of crops that make up the food chain.

The organization, which did not return a phone call seeking comment, has distributed thousands of free seed packets and has sold nearly 3,000 pollinator-friendly plants as part of its Adirondack Pollinator Project, launched in 2016 to raise awareness about the importance of pollinators.

AdkAction volunteers have also installed more than a dozen pollinator gardens throughout the sprawling wilderness preserve, including 11 this year, according to the organization’s website.

In addition to East Field, a garden was installed at the SUNY Adirondack campus in Queensbury.

Wise said the new garden is an important first step in raising awareness about the importance of pollinators and hopes to start a conversation within the community around the subject.

“What’s even more important is to get the community involved because people are more apt to protect and take care of something they understand,” she said. “The people who walk through this garden all the time and use the park facilities are now going to understand pollinators are important.”

Wise said she’s planning to add mulch around the honeycomb-shaped box, which features a number of still-growing plants, including golden rod, mountain mint, butterfly weed and great blue flocks, among others.

The goal is to attract various species of beetles, wasps and flies that will pollinate the 24 beds that make up the community garden, where everything from vegetables to sunflowers are grown.

“I’d like to get something over there; but my hope is that even if we don’t get these gorgeous beds, we can do something with pollinators over there,” Wise said.

She eventually hopes to grow the community program further and is looking into ways to distribute free seed packets and buckets of dirt so people can begin their own gardens.

Until then, she’s hoping the new pollinator garden will start an important conversation within the community around pesticide use and protecting native plants.

“I want them to stop and think if it’s worth getting a spray and losing this population,” Wise said.

Report: Returning Syrian refugees at risk of abuse from government

Shellie Wise, a master gardener who oversees Glens Falls' community garden program, poses for a photo behind the recently installed pollinator garden at East Field this past week. The new garden will benefit the nearby community garden and educate the public about the importance of pollinators.

The community garden located at East Field in Glens Falls features 24 beds where everything from sunflowers to vegetables is grown.