GLENS FALLS — After a middle-aged man from the North Country Deplorables, a pro-Trump group, began disrupting a group assembled in Glens Falls City Park as part of a national “We the People” march on Saturday, Glens Falls City police asked the man to move on.

“Why are you doing this to me Sarge?” the man asked the officer, while being escorted away from the gathering. “You’re violating our constitutional right, we came here to hang out and listen.”

The officer explained that the man, who The Post-Star chooses not to identify, had to remain at least four feet from the people gathered in city park.

The situation began about 30 minutes after the “We the People” gathering of about 75, kicked off at noon with speakers talking about issues related to the climate, guns and social justice. Several talked about how the best way to deal with counter protesters is to not engage the shouting.

“You can’t out shout silence,” one woman said.

At about 12:30 p.m., several people carrying over-sized pro-Trump flags stood silently at opposite ends of the gathering.

After about five minutes, a man began yelling into his megaphone, “Give me space, I was here to listen.”

And as his voice escalated, the group from “We the People,” joined hands, forming a circle and began singing.

The man then yelled a string of profanities at the group, entering inside their closed circle, skipping and waving his large flag. At that point, several other pro-Trump counter protesters, carrying over-sized flags on poles, joined him inside the circle.

The “We the People,” group sang “This Little Light of Mine,” louder, drowning out their shouting and police escorted the men from inside the circle, asking them to get moving.

But once again the man began yelling about his constitutional rights and walked back toward the gathering.

When several from the “We the People” group turned with their signs toward him and began videotaping him, he asked officers why they were allowed to do that.

One officer said everyone had to remain four-feet apart. And within minutes, the pro-Trump group left the park.

On several previous occasions, there have been confrontations in downtown Glens Falls at Centennial Circle between two pro-Trump groups and various anti-Stefanik (Rep. Elise Stefanik, R-Schuylerville) gatherings espousing beliefs that do not agree with the president’s policies related to climate, immigration, guns, the border and derogatory rhetoric.

Over the past month the aggressive nature of the confrontations have escalated, leading some anti-Stefanik groups to contact the Glens Falls City Police Chief and the city mayor about their safety concerns.

Because of those concerns, on Saturday the “We the People” group first chose to just march around the park and not go to Centennial Circle where about 20 more Trump supporters were gathered.

But several from the “We the People” group spoke in support of walking through the circle.

“I grew up in the South and this is a reminder of the great march over the bridge in [Selma],” one woman said. “They did not do what was easy. The police told me they would clear a pathway.”

And another woman said, “If if gets hard, close your eyes and take a big breath.”

Escorted by city police, the “We the People” group walked in silence up Ridge Street to Glen Street, over to the circle, down Warren and over to Maple before dispersing.

While the Trump supporters shouted obscenities at the silent marchers who were on the opposite side of the street, there were no up-close confrontations between the groups.

One woman in the “We the People” group commented to another marcher about the pro-Trump signs taped to city-owed barricades within Centennial Circle.

“Is the city supporting them?” she asked.

And as the “We the People” group disappeared down Maple Street, several from the pro-Trump group taunted through megaphones, “Come back.”

Photos: 'We the People' march in downtown Glens Falls

US Navy sailor puts training to work in boat rescue

US Navy sailor puts training to work in boat rescue

Boos and Bravos: Balloon Festival might have been best ever

Protesters call on Stefanik to vote to end shutdown

GLENS FALLS — As Congress returned to session on Thursday, local residents called for a quick end to the partial government shutdown.

NY-21 speaks out about Stefanik

Following the 2016 presidential election, there was a historic increase in political activism as constituents from around the nation began voi…

A group of activists have brought forth concerns about safety during demonstrations in Glens Falls with more planned in the future.

The city has decided to put up metal barricades to keep downtown protesters from going into Centennial Circle.

GLENS FALLS — Jenna Nichols, 15, was locked inside a small dog cage on Friday night, her fingers clasping the bars, exactly like the photo att…

Ending the silence: Trump supporters speak out at Centennial Circle 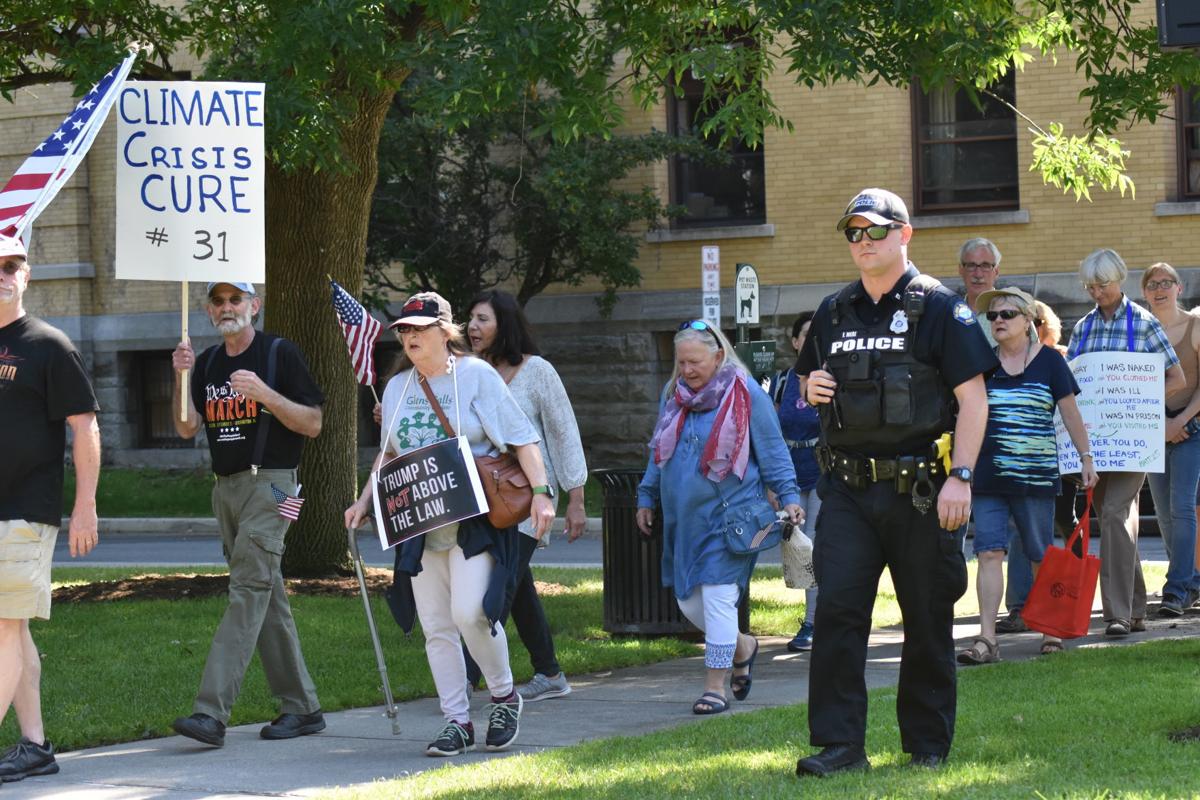 During a "We the People" gathering in Glens Falls City Park on Saturday, Glens Falls city police walk with marchers to assure safe passage through a group of counter protesters in Centennial Circle. 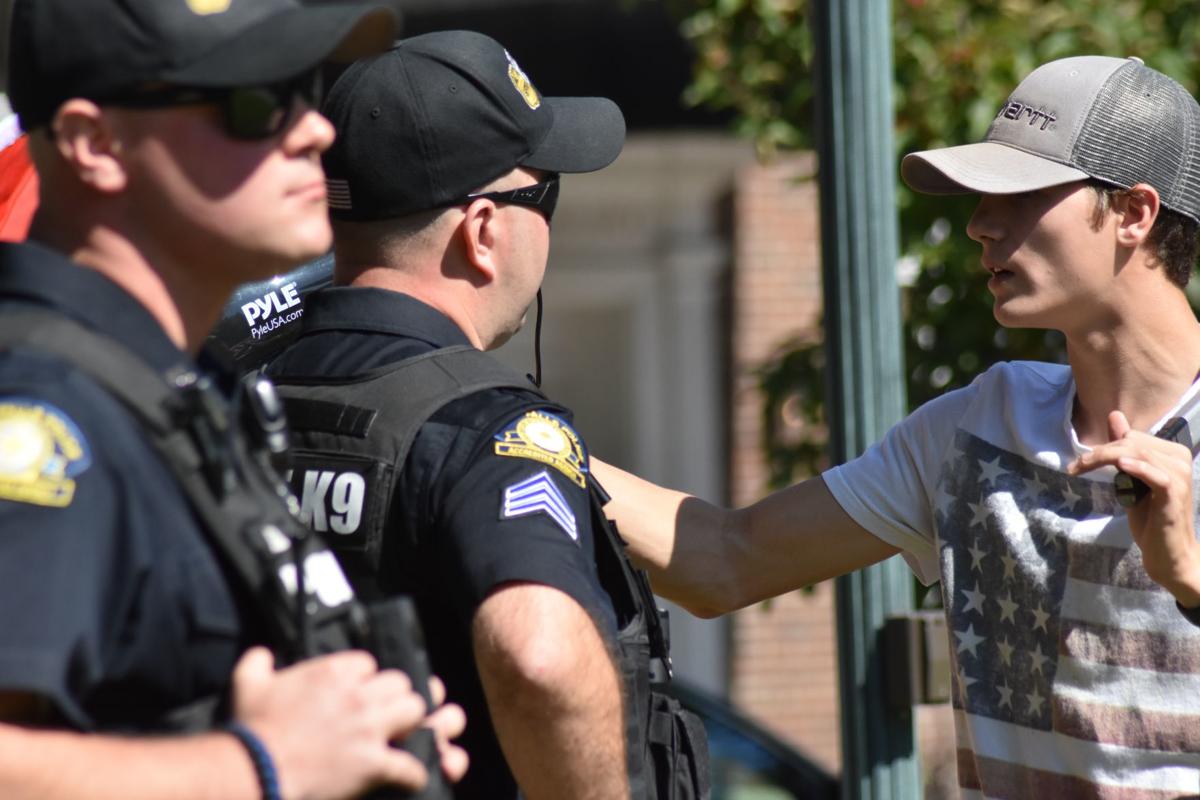 During a "We the People" gathering in Glens Falls City Park in September, Glens Falls city police move several disruptive counter protesters along.