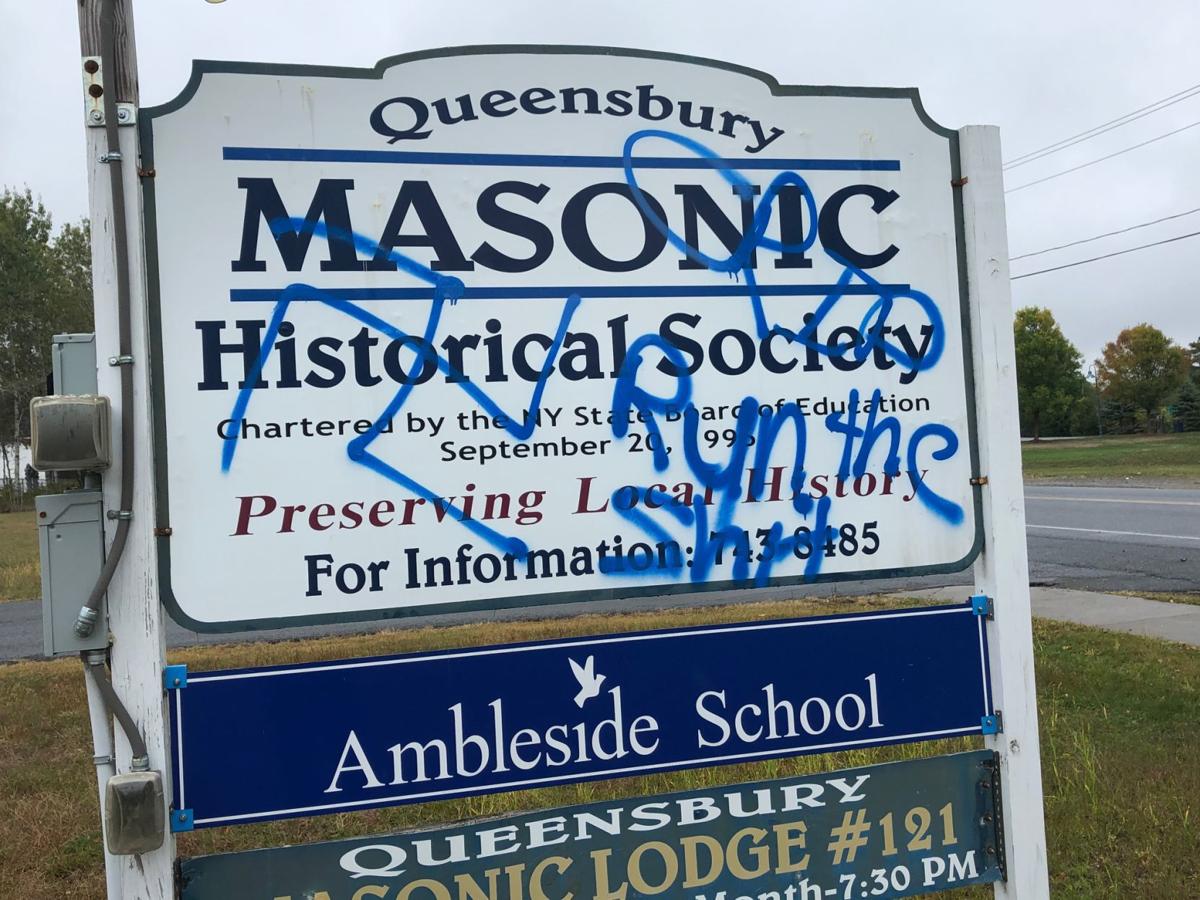 Graffiti that was spray-painted of the sign in front of the Masonic Temple on Burke Drive in Queensbury this past October. 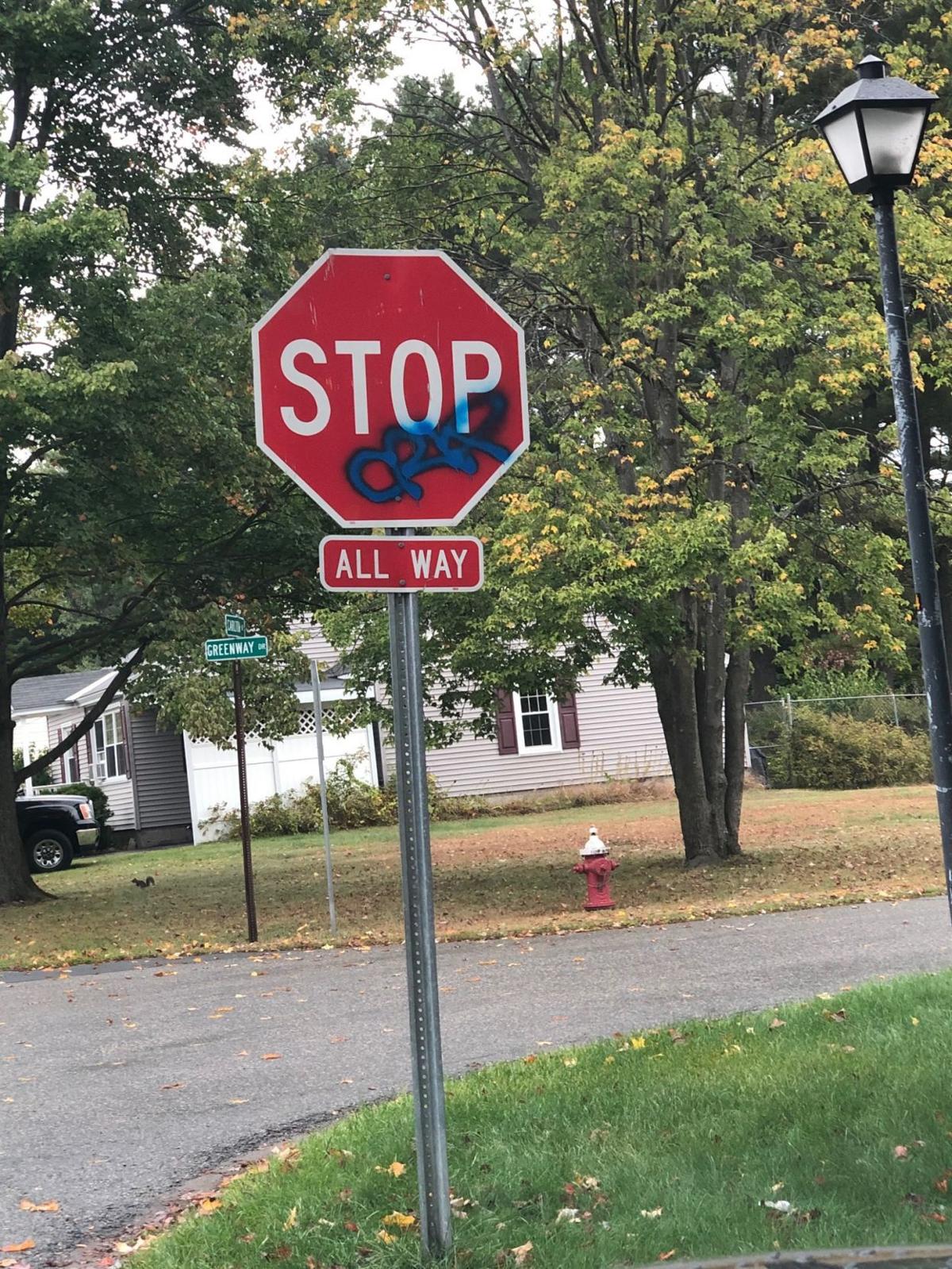 A stop sign on Carlton Drive was defaced with graffiti this week.

QUEENSBURY — Warren County sheriff’s officers are investigating spray-painted graffiti that occurred overnight Tuesday or early Wednesday, which included a swastika on a sign and the name of a street gang on a building and signs.

The swastika was painted on the sign in front of the Queensbury Masonic Temple and Masonic Historical Society on Burke Drive, and the phrase “58 Crip” was painted in at least two places on the building. Other graffiti on the building had been covered up with white paint by mid-morning Wednesday.

The Crips are a West Coast-based street gang that has had an occasional presence in the region.

The word “Crip” was also painted on a stop sign on nearby Carlton Drive, and other road signs in the neighborhood were painted with the same color of blue spray paint. A shed behind Queensbury United Methodist Church was also painted.

Anyone with information about the vandalism or who saw suspicious activity in the area was asked to call the Sheriff’s Office at 518-743-2500. State Police are assisting.

Two charged for graffiti in Queensbury

Two Glens Falls men were arrested Thursday in connection with graffiti that was found Wednesday on several buildings and signs around Quensbury, police said.

Graffiti that was spray-painted of the sign in front of the Masonic Temple on Burke Drive in Queensbury this past October.

A stop sign on Carlton Drive was defaced with graffiti this week.