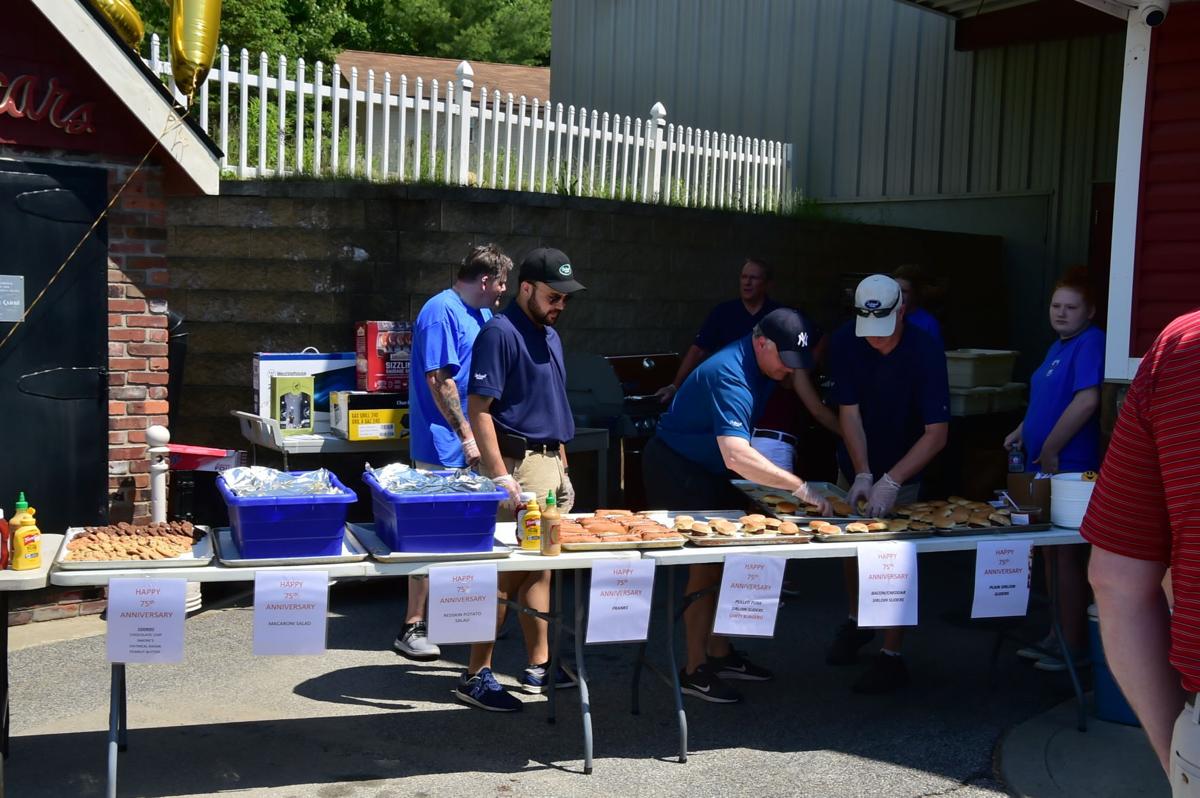 Oscar's Smokehouse, a Warrensburg staple, celebrated its 75th anniversary during a small cookout on Saturday. Staff cooked up franks, sliders and burgers as a way to thank their loyal customers. 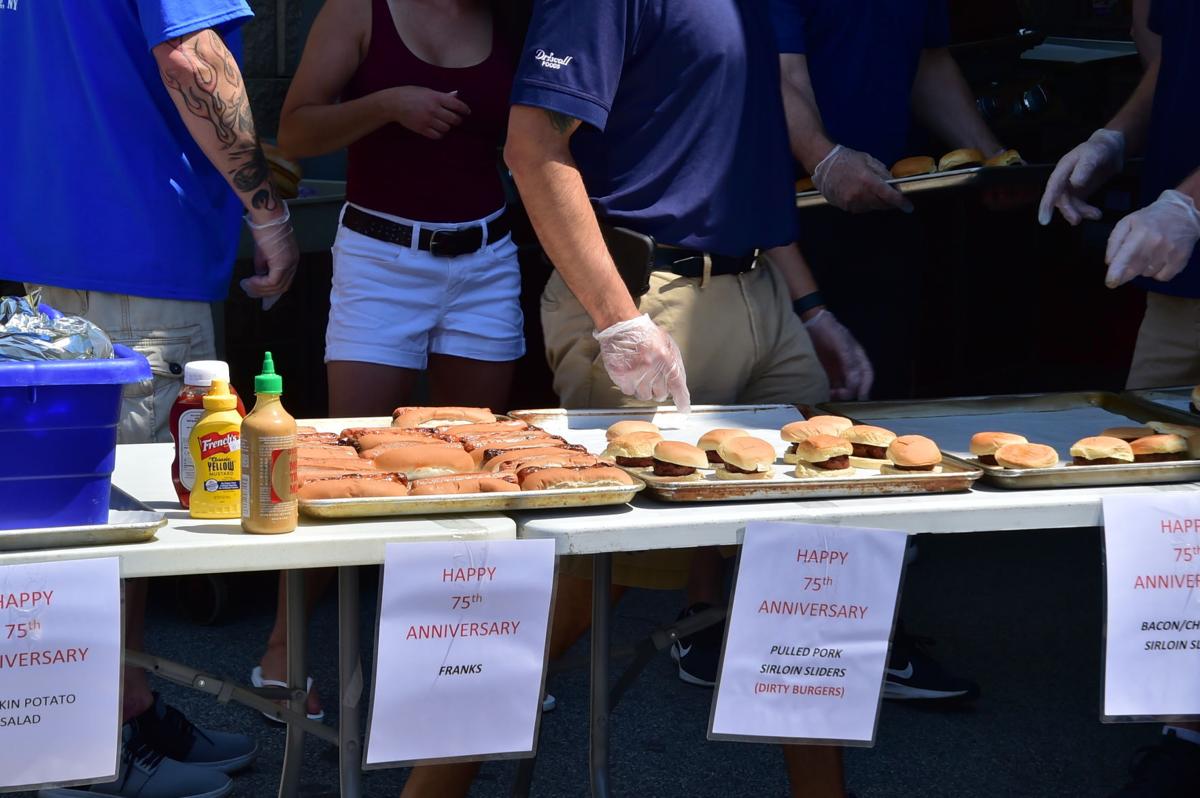 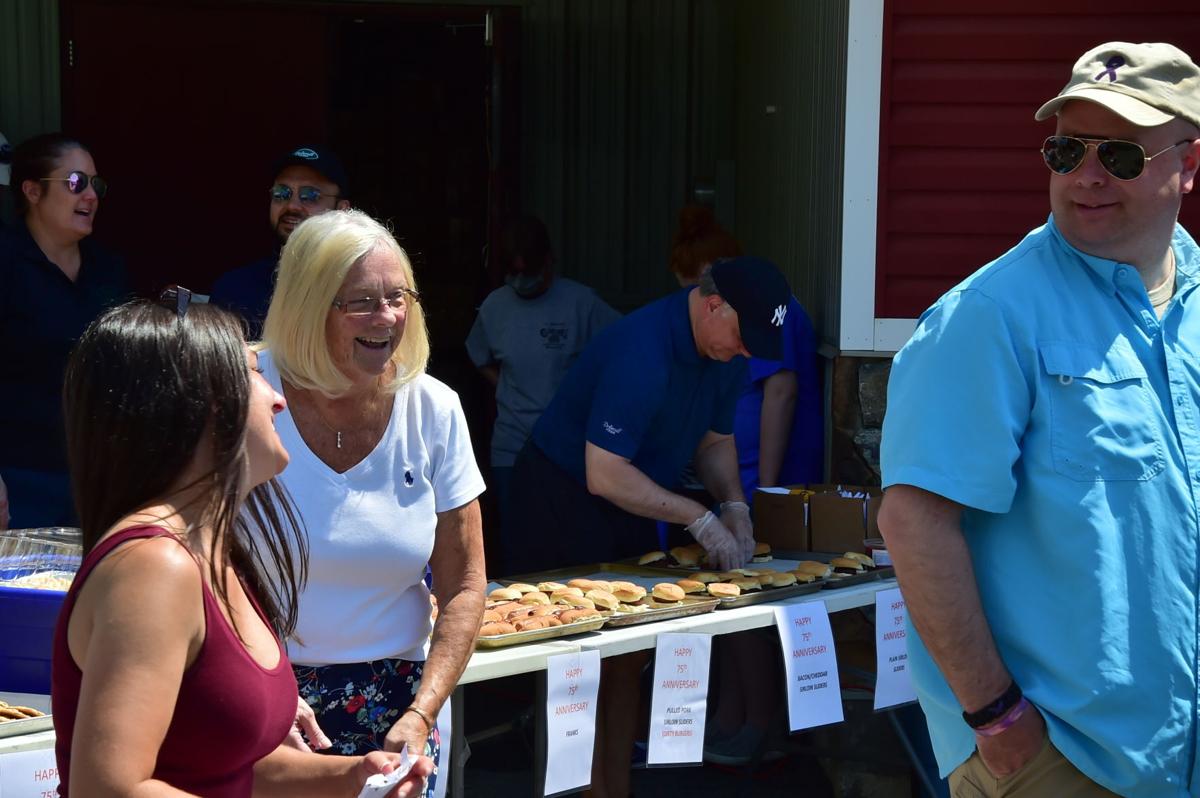 WARRENSBURG — It all started 75 years ago.

The business sells a wide array of smoked meats and cheeses that are not only popular among local residents, but have received international praise thanks to an endorsement from celebrity chef Rachael Ray, who regularly uses the store’s products on her show.

“We’re just very fortunate to be here,” said Jerry Quintal, who took the business over from his father, Oscar Quintal, in the 1980s.

The Quintals hosted a small barbecue on Saturday to thank their loyal customers for their decades of support, serving up franks, sliders and burgers to a few dozen people.

“This is our way of giving back,” said Joq Quintal, Jerry’s son, and third-generation operator of the business.

Oscar’s has come a long way since it’s humble beginnings, when Oscar Quintal left his job as a butcher for A&P Supermarkets and started his own butcher shop with the intent of selling hams and bacon.

Pretty soon he was selling beef and custom-cutting meat. But it wasn’t until he began smoking meats at a small smokehouse in Thurman that the business took off.

After relocating the store a few times, Oscar eventually settled on a location on Raymond Lane in 1946, where the Quintal family has remained ever since.

“He would never believe 75 years,” Jerry said of his father. “But here we are.”

Both Jerry and Joq credited the smokehouse’s success to their close family ties and dedicated staff that has remained loyal over the years, especially through tough times, Joq said.

“We have a great group of workers, and that’s what makes the whole thing,” he said. “It’s not just about the Quintals and Oscar’s Smokehouse. It’s about what we have here in order to serve the public.”

Joq said how his staff approaches each customer — a warm smile and friendly greeting — sets Oscar’s apart from other businesses.

Instead of trying to usher people in and out, workers take the time to get to know each customer.

“We’ve tried to slow things down and keep it the way that my dad and my grandfather did it, which is basically worry about the customer. Know your customer and provide them with good products and good quality service and they’ll keep coming, which is what the 75 years is all about,” Joq said.

In 2009, following decades of success, a fire tore through the business, leaving behind nothing but a smoldering pile of ash.

At a crossroads, the Quintals began receiving messages of support from customers all over the world encouraging the family to rebuild. Monetary donations also came pouring in, along the help with the rebuild efforts.

Jerry said the fire was a turning point, which allowed the business to build back bigger and better than before.

“I always go back to the fire, because that was the turning point of our whole business. The response from our customers and the dedication from our employees to stay was just amazing,” he said.

State Sen. Dan Stec, R-Queensbury, who was on hand during the festivities, said he’s enjoyed the jerky and bacon at Oscar’s for around 20 years.

He said the fact that the Quintals have been able to maintain the business over the last 75 years is a testament to their resiliency.

“This is a family business that has meant a lot to this small town for a long time now and has employed a lot of people,” he said. “They’re tough. They survived and roll with the punches. But they’re good people.”

Stec presented the family with a Senate proclamation honoring their 75 years in business.

Jerry was overcome with emotion when he was presented the plaque.

“I couldn’t have done it without my family,” he said, tears welling up in his eyes.

Two people are under arrest after police said they stole merchandise and assaulted employees at the Dollar Tree store in South Glens Falls.

A Queensbury man was arrested after police said he struck a passing vehicle, damaging it.

A Gansevoort man is facing charges after police said he pointed a loaded rifle at three people.

DA: 'No one' ruled out in movie shooting probe

DA: 'No one' ruled out in movie shooting probe

Oscar's Smokehouse, a Warrensburg staple, celebrated its 75th anniversary during a small cookout on Saturday. Staff cooked up franks, sliders and burgers as a way to thank their loyal customers.