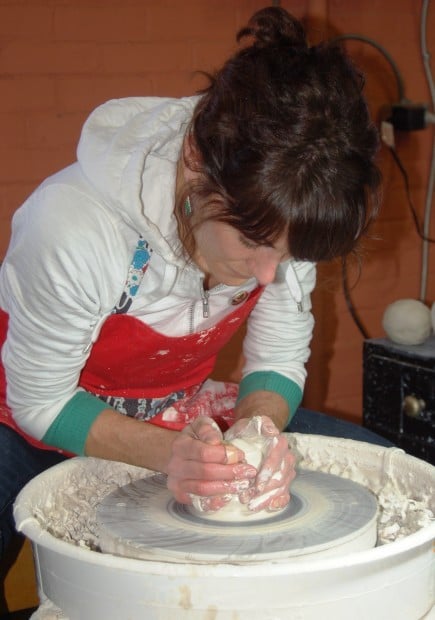 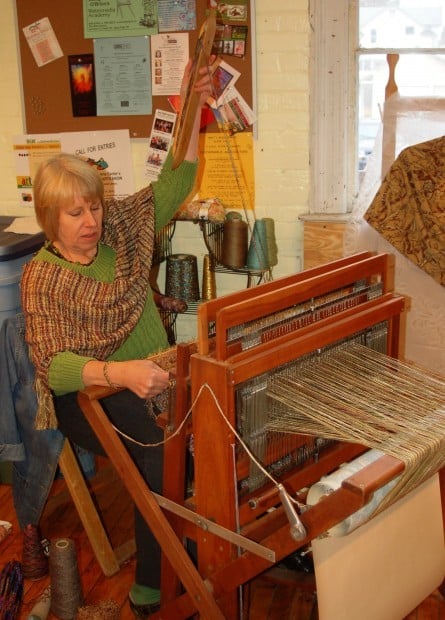 -- This story was updated at 9:45 a.m. Tuesday to correct the last name of Cindy Cook.

GLENS FALLS -- Measuring the success of this weekend’s open house at the Shirt Factory was as simple as counting cookies and candles.

"I made 150 cookies," Cindy Cook said late Saturday, standing in her Art Metal Studio and pointing at the remaining three. "I am going to have to bake more."

Kim Meade of Adirondack Chandler had an even better measure of Saturday’s success. Meade was giving a free balsam candle to each visitor.

"I went through all 450 candles," said Meade, who has been in the 70-space business community of artisans, crafters, healers and professionals for less than a year.

While 16 businesses — such as The Healing Arts Community at the Acupuncture Studio, LemonTree Yoga and Healing Arts Studio, Adirondack Quilts and SensibiliTeas — are open regular hours and draw customers into the building, many artists do not have regular business hours. The open house events serve to bring in new customers.

"I like having people come in and see what I am doing. It’s not usually like this," said Sarah Bates, who was working with clay on her pottery wheel. "I like explaining things to people. I am not sure I could teach, but I like to explain."

The holiday open houses, now in their ninth year, are also something people have grown to expect.

"We couldn’t not do this," said Donnalynn Milford of SensibiliTeas. "People expect us to be open this weekend. The people who just left are from New York City. They come every year."

Peter Jonietz of Elements of Art was pleased that the open house included "Small Business Saturday," a nationwide movement encouraging shopping at local stores rather than focusing on "Black Friday" and "Cyber Monday."

"This was a really good day," he said on Saturday. "It’s good to see people coming out to local businesses."

While not quite as busy as Saturday, Sunday remained steady as well. Lori K. Carter-Secreti had perhaps the best view of the crowds, working at a loom surrounded by her shawls at one of the entrances.

"I have been here since the beginning, and this weekend is the busiest I have seen it," she said.

The past year has been one of growth for the Shirt Factory, which is owned by Eric Unkauf. All of the building’s spaces are rented, and there are more than 60 businesses and artists there.

"Every space we have is full, and we have a waiting list," said Cook, who is operations facilitator and a co-owner of the gallery Flux. "We put a new roof on one of the buildings, and we renovated the courtyard. We’re doing a lot more promotion within the community."

Cook said there are plans to put windows into the doors of the studios for the artists who would like them "so people can see more of what we do here."

Milford said that as a business owner in the building, she’s pleased with what Unkauf and his team have done. "A lot has happened in the last year," she said. "We have momentum, and we’re going to ride it."

The big push for next year is an expansion in classes offered at the building.

Starting in January, Cook will teach silver working classes, Stephen LeBlanc will host an introduction to forging and other classes, Mylissa Corlew will teach water casting and Winnie Chai will teach how to make silver jewelry from precious metal clay.

Bill Toscano-Special to The Post-Star Lori K. Carter-Secreti weaves during the weekend open house at The Shirt Factory in Glens Falls. Another open house is scheduled for Dec. 11 and 12.
© Copyright 2021 The Post-Star, Lawrence & Cooper Streets Glens Falls,NY | Terms of Use | Privacy Policy | Do Not Sell My Info
Powered by BLOX Content Management System from TownNews.com.
You don't have any notifications.