The U.S. Fish and Wildlife Service announced a New York beetle does not need protection under the Endangered Species Act, despite uncertainty on how climate change could impact its habitat.

The service has determined that the cobblestone tiger beetle’s populations are “stable thanks to efforts by federal, state, private and non-governmental partners,” according to a news release.

The beetle’s name comes from the habitat it lives in, which are shorelines around pebble patches.

It uses mandibles to secure its dinner — mostly flies and ants, according to the Center for Biological Diversity.

Its cobblestone habitat is usually formed by flooding and freezing. The Center for Biological Diversity, an organization focused on the protection of wildlife, had said in 2016 that the beetle should be protected under the Endangered Species Act because of its threatened habitat.

In a news release, Fish and Wildlife said, “although impacts from climate change, including changes in precipitation patterns and temperature, could affect natural flow regimes the beetle relies on, the species has shown the ability to adapt due to its distribution across a topographically diverse region.”

Hague and Warren County are the latest municipalities to take on road salt reduction initiatives to protect the Lake George watershed, according to a news release.

Both the county and town were recognized for their efforts during the annual Adirondack Champlain Regional Salt Summit on Thursday in Lake Placid.

They used real-time data and photographs to monitor, measure and adjust their winter road maintenance practices, used liquid brine in advance of storms and used a “live-edge” plow, a special kind of plow that allows for snow removal closer to the road service, according to a news release.

The salt-reduction efforts are part of a certification called the Sustainable Winter Management Program. The town of Lake George earned the certification last year and was the first in the country to do so.

Matt Simpson, chairman of the Warren County Board of Supervisors Public Works Committee, and Edna Frasier, the town supervisor of Hague, both said in a news release that they were glad to keep roads safe while protecting the environment and Lake George.

The Salt Summit, which is organized by the The Fund for Lake George, the Lake George Waterkeeper, Lake Champlain Sea Grant, AdkAction and the Ausable River Foundation, saw about 150 officials across different sectors in attendance.

New York made the top 10 states in the 2019 State Energy Efficiency Scorecard, a clean-energy ranking released by the nonprofit organization, American Council for an Energy-Efficient Economy.

The nonprofit listed New York as a state “to watch,” highlighting the adoption of strong climate change legislation that aims to achieve complete carbon-free electricity by 2040. 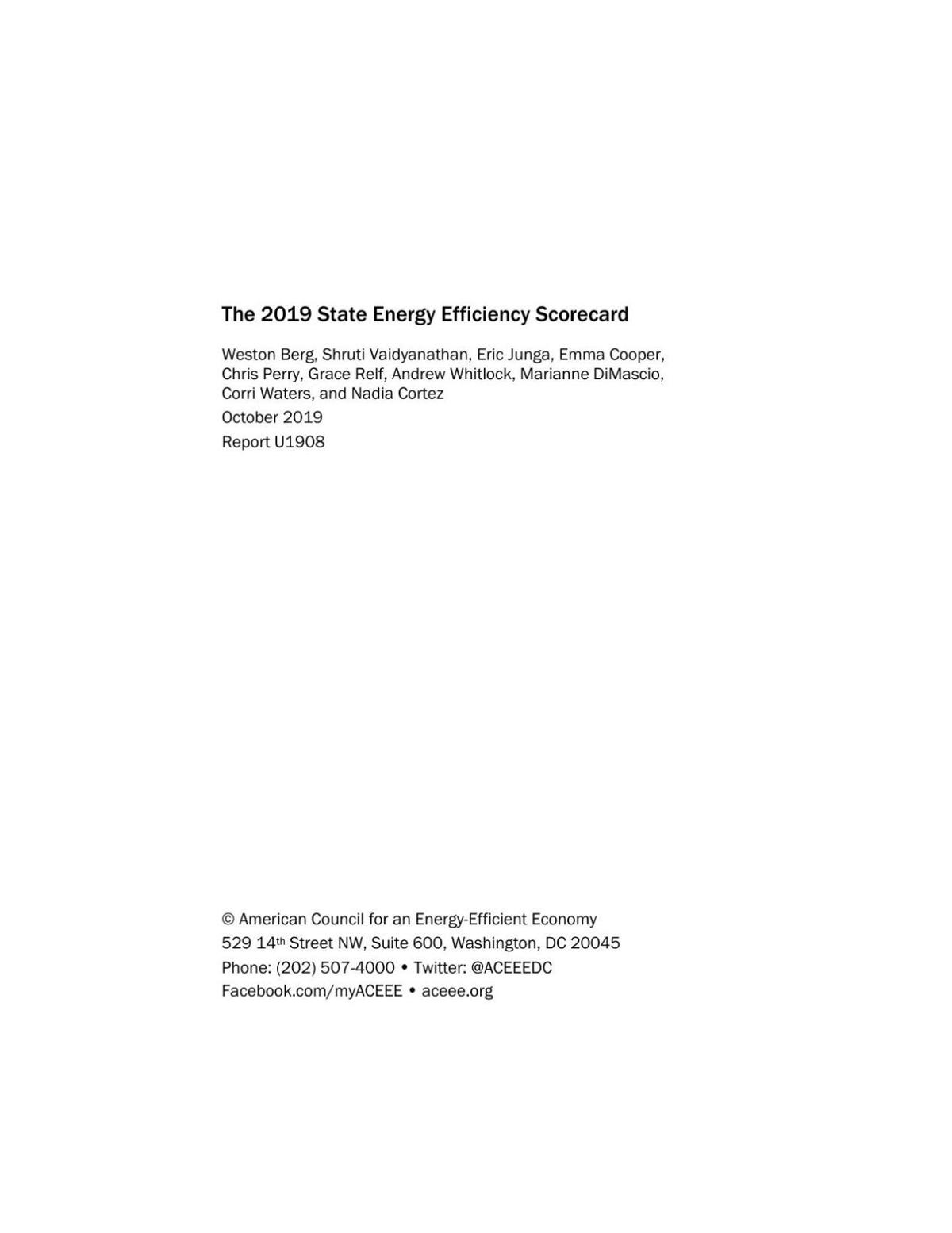 This article was updated to say New York ranked fifth and not fourth in the American Council for an Energy-Efficient Economy's report, because the council considered Rhode Island and Vermont's tied scores to take the third and fourth spots.

GLENS FALLS — Loons and eagles are back in the Adirondacks. So are trees and fish. The air is fresher. The water is cleaner.

When President Richard Nixon passed the Endangered Species Act in 1973, New York was one of 11 states to first sign a cooperative agreement wi…

'You can't ignore this': State and others talk salt during Lake George summit

Blog: Exhales that last a century and prehistoric dead things that fuel our cars

In Hague, the incumbent supervisor, Edna Frasier, is being challenged by a Town Board member, Joshua Patchett.

he Adirondack Diversity Initiative, a collaboration of groups focused on making the Adirondack Park more inclusive, finally has a director.

Nicole Hylton-Patterson, of the Bronx, is taking the helm starting Dec. 2 and will be based out of the Adirondack North Country Association's Saranac Lake office, according to a news release.

In the latest Green Beat, schools across the state could get funds for reducing energy use, plus new hires at the Adirondack Land Trust and Nature Conservancy.

In this latest "Green Beat" column, read news about the state's plastic bag ban, a study on Lake George's water clarity and more. 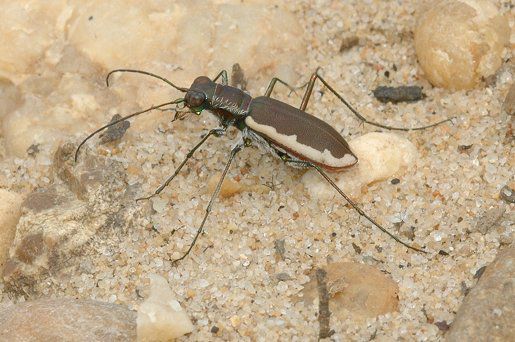 The cobblestone tiger beetle is seen. 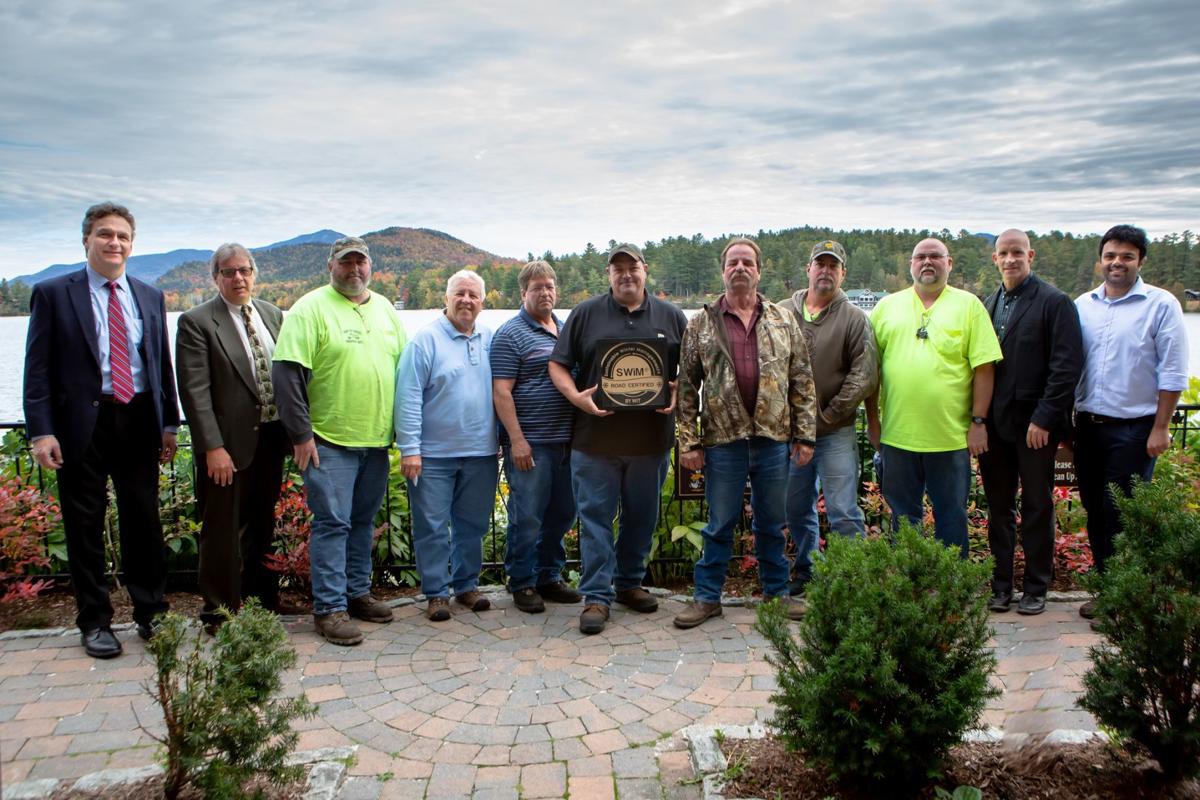 The Town of Hague has earned the Sustainable Winter Management Program certification for reducing the use of road salt and runoff while maintaining safe driving conditions. The certification was presented on Oct. 3 at the Adirondack Champlain Regional Salt Summit in Lake Placid. From left are, Eric Siy of The FUND for Lake George; Lake George Waterkeeper Chris Navitsky; Rick Myers, Steve Ramant, Matt Coffin, Tim Fiallo, Don Smith, Dan Steitz and Ernie Trudeau of the Town of Hague Highway Department; Phill Sexton of WIT Advisers, administrator of the management program; and Raqib Omer of winter management software solutions provider Viaesys. 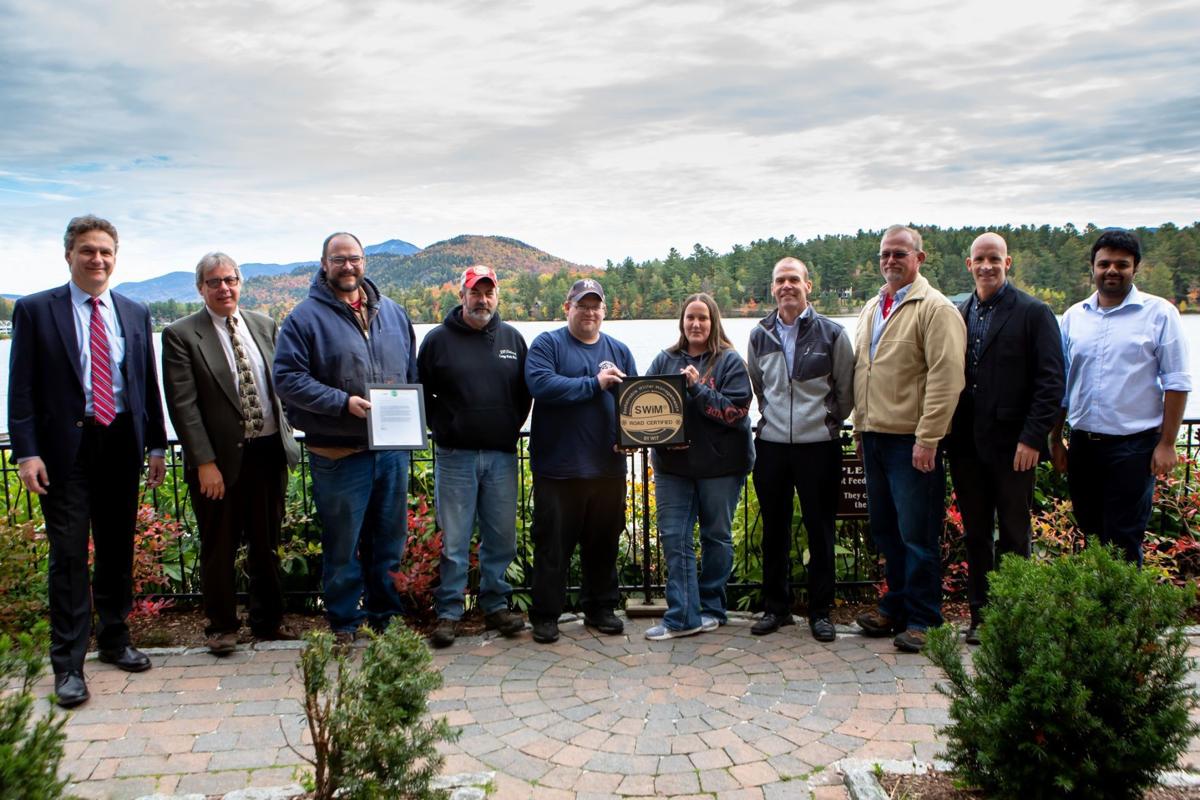