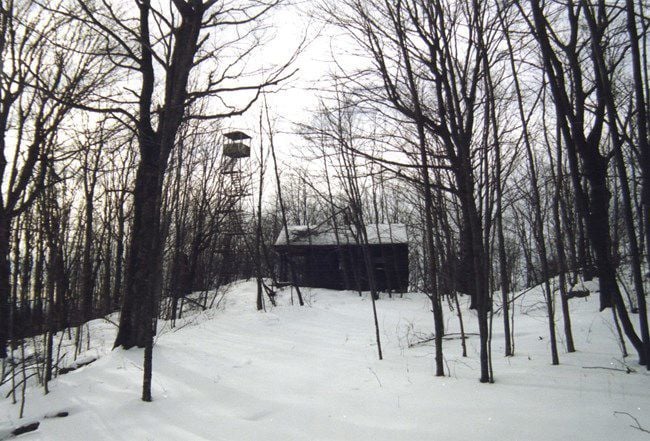 The fire tower and observer's cabin on Swede Mountain in Hague, where Warren County officials hope to reopen public access, are seen here. 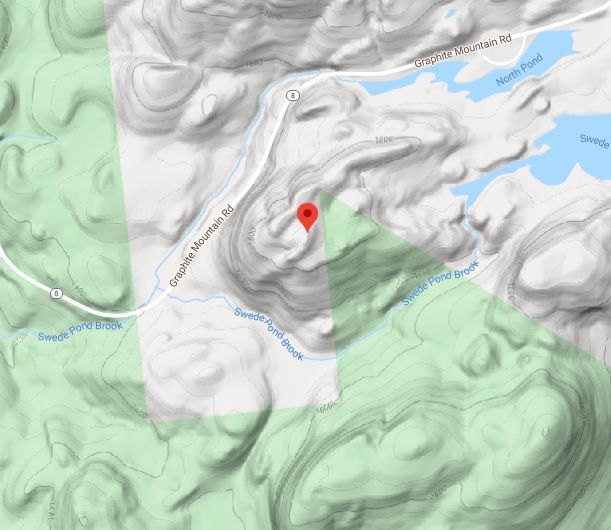 Swede Mountain in Hague, where a fire tower will be opened to the public this summer.

HAGUE — The region’s newest fire tower hiking trail should be open to the public this summer.

Warren County officials met Wednesday with a group of volunteers to discuss what needs to be done to get the trail to the long-shuttered Swede Mountain fire tower open.

The tower sits atop the 1,896-foot mountain near the Hague-Horicon town line in northern Warren County.

Warren County bought the tower and 11 acres around it in 1999 as the county explored putting communication equipment atop it. That plan did not come to fruition, but as hiking has increased in popularity, and the Adirondacks’ historic fire towers have become destinations, a group approached county leaders about opening it to the public.

The county last year worked out an agreement with Lyme Timber Co., which owns land surrounding the county’s parcel, to cut a hiking trail to the tower.

Horicon Supervisor Matt Simpson, who was chairman of the Warren County Board of Supervisors Public Works Committee when the project was approved, said the goal was to have the site ready for public access at some point this summer.

Warren County Public Works Superintendent Kevin Hajos said stairs to the tower need to be replaced and wire safety fencing put up alongside them.

“The tower itself is in pretty good shape,” Simpson said.

Simpson said a trail to and from the fire tower will need to be created.

Hajos said the trail will likely be about a half-mile to six-tenths-of-a-mile long and will include a bit of an uphill climb at the start. Topographical maps of the area show an elevation gain of about 350 feet from a state parking area to the peak.

Hague Supervisor Edna Frasier said her town has worked with the state Department of Corrections to use inmate work crews from the Moriah Shock Incarceration Correctional Facility for projects in town, and it is hoped they could help county public works crews with trail building.

A bridge will also need to be built across a stream on the trail.

“We’re kind of excited about this. We have quite a few volunteers who want to help out,” she said.

The volunteer Forest Fire Lookout Association, which promotes the protection of historic fire towers, and Hajos said county leaders were hopeful that a volunteer group would organize to help maintain the site, as has happened with many other fire towers, so taxpayers won’t have to.

Swede Mountain sits a short distance off Route 8, near Swede Pond and North Pond. There is already a state parking area at North Pond, and county officials are optimistic the state will allow it to be used for the trail.

The 102-year-old fire tower has been closed to the public since 1968, as the state discontinued staffing of most of the fire towers around the Adirondacks.

An Argyle man was arrested on Saturday for allegedly growing marijuana.

For one weekend, Washington County was off-limits to Vermonters.

Two students with COVID who attend a college out of state are quarantining at an otherwise-empty vacation home in Warren County.

The woman was issued an appearence ticket and released.

The fire tower and observer's cabin on Swede Mountain in Hague, where Warren County officials hope to reopen public access, are seen here.

Swede Mountain in Hague, where a fire tower will be opened to the public this summer.