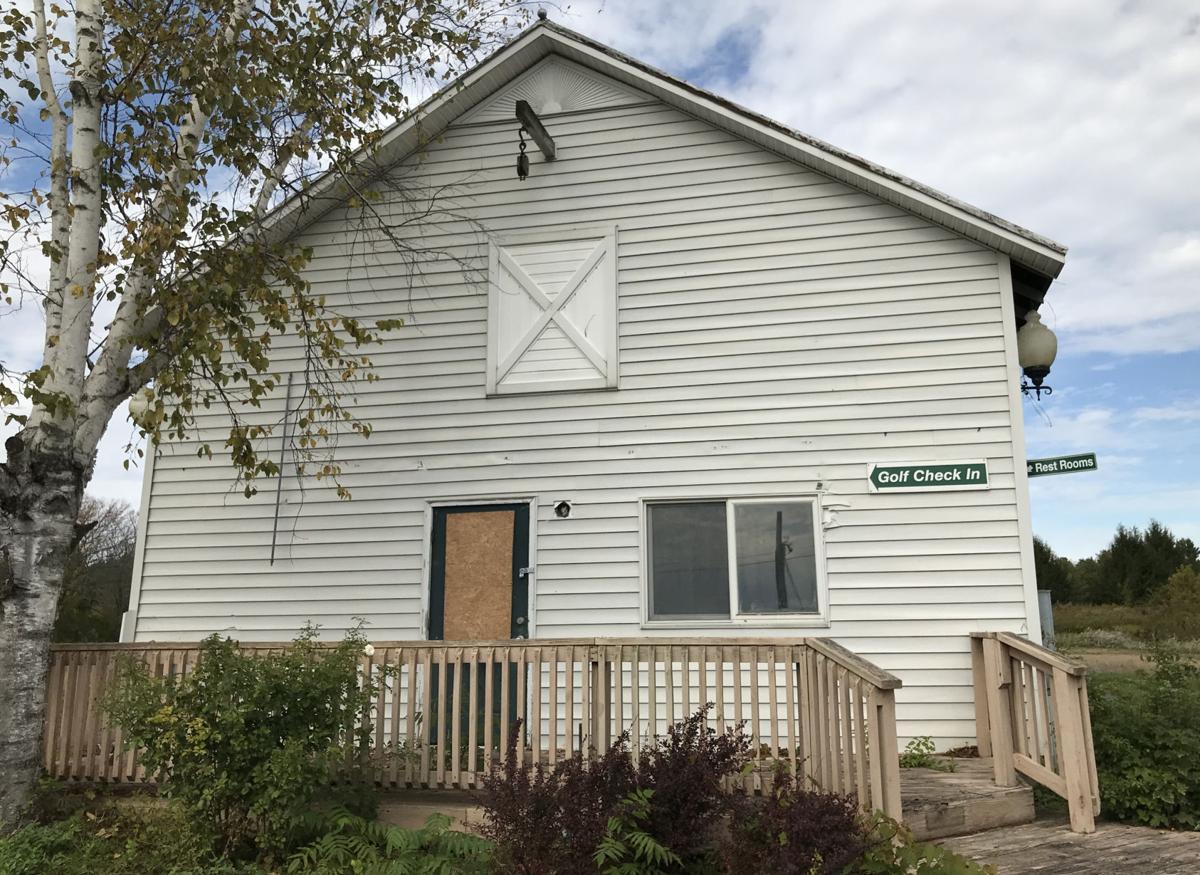 The former Tee Bird South Golf Course on Reynolds Road in Moreau has been proposed for two commercial solar arrays, for a total of 10 megawatts. 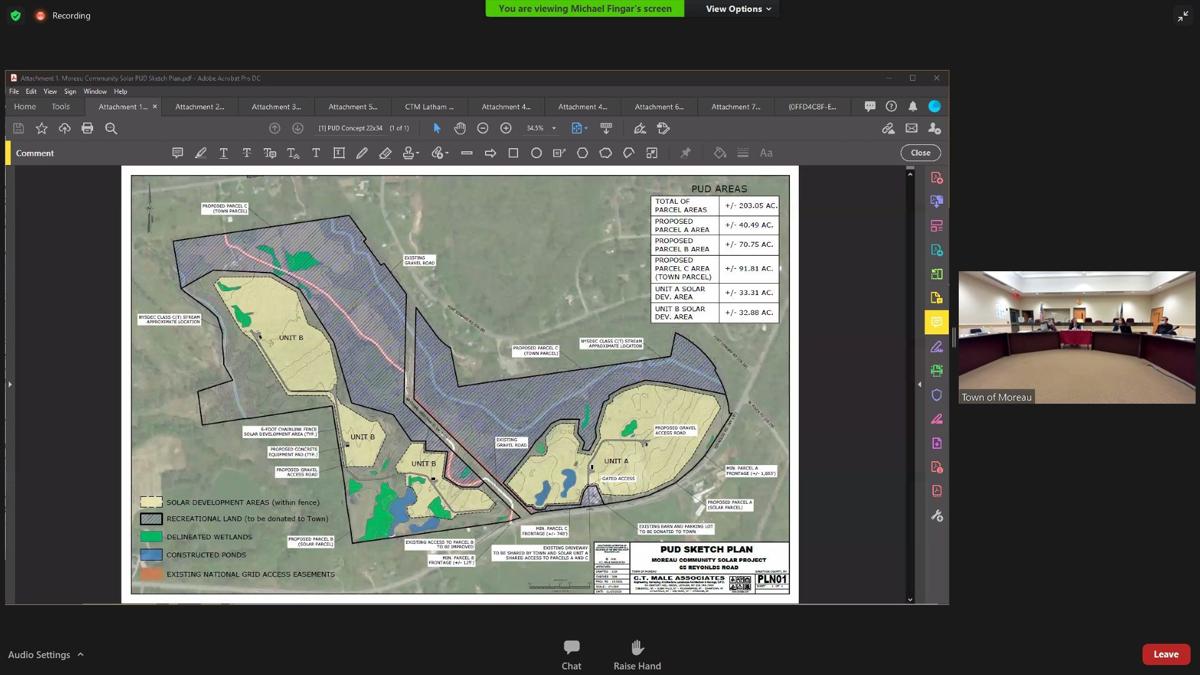 The Moreau Town Board, right, looked at a proposal for a solar array at 65 Reynolds Road through Zoom at its meeting Tuesday.

MOREAU — Two industrial-like proposals for a neighborhood have led one resident to try to organize opposition.

Jim Hooper, who owns Haven Oaks Farm on Route 197, isn’t happy about the idea of two commercial solar arrays built across the street. He’s just as unhappy about a study to rebuild and open the rail spur that goes behind houses in the neighborhood, to serve a business that might relocated to the Moreau Industrial Park.

Now he’s trying to get his 40 closest neighbors to show up virtually at public hearings on the solar arrays and to object formally to the rail spur.

“The nature of public meetings is a little different with Zoom, etc., but we must make sure we are heard,” he wrote in a letter to his neighbors.

The Town Board decided in draft legislation not to allow commercial solar arrays in residential areas, including R-3, which is the zone for a proposed large-scale arrays at the former Tee Bird South Golf Course, 65 Route 197 (Reynolds Road).

But the project designers are attempting to get permission anyway.

Hooper said he would prefer to have local farmers put up solar energy panels to support their farming businesses. In the draft legislation, commercial arrays would be allowed on some agricultural land.

“I support solar power but not a huge commercial array on some of the nicest land in our town,” Hooper said. “My next step is to organize the group of people that have told me they feel the same way.”

On the rail spur, Hooper also wants to organize his neighbors.

“Many of us were told, when we purchased our properties, that the railroad didn’t own those tracks any more and it would never be used again. Now after we have built homes, decorated our yards, landscaped around railroad tracks, they want to open it back up again. Ridiculous to say the least,” he wrote in a letter to neighbors.

The town asked the county to conduct a feasibility study into reopening the spur. A business that may be moving into the industrial park would have significant truck traffic along that road, and town Supervisor Todd Kusnierz said neighbors would prefer a slow-moving train once or twice a day over the increased truck traffic.

The study is complete and will be presented to the Saratoga County Industrial Development Agency soon, possibly at the February meeting. On the Jan. 20 meeting agenda, the study is listed as for “future presentation and discussion.”

Two businesses want to relocate to the Moreau Industrial Park.

The mystery company that is interested in buying multiple lots at Moreau’s nearly empty industrial park has hit some delays.

US Light Energy wants to build two 5-megawatt community solar projects at 65 Reynolds Road, where solar arrays are not allowed.

The Town Board has finished its draft on the law on solar arrays, without widening the number of areas where the large installations would be allowed.

Another solar company is waiting eagerly for the Moreau Town Board to allow ground-mounted solar arrays somewhere in town. But this one isn't interested in agricultural land.

Although solar energy arrays aren’t currently allowed in residential areas and the Planning Board has not yet reviewed the draft law regulating solar, the first plan has been submitted.

The Moreau Planning Board got its first look at 74 acres of proposed solar panels Monday, and it didn’t like it.

Planning Board chairman: Look for other issues with solar array proposal

Planning Board members are gearing up for a fight over a 74-acre array of solar panels in a residential zone.

A solar developer from Boston wants to buy three parcels in the Moreau Industrial Park to set up 13 acres of solar panels. If Baker Falls Solar LLC gets approval for the array, it will become the second business in the nearly-empty park.

The former Tee Bird South Golf Course on Reynolds Road in Moreau has been proposed for two commercial solar arrays, for a total of 10 megawatts.

The Moreau Town Board, right, looked at a proposal for a solar array at 65 Reynolds Road through Zoom at its meeting Tuesday.