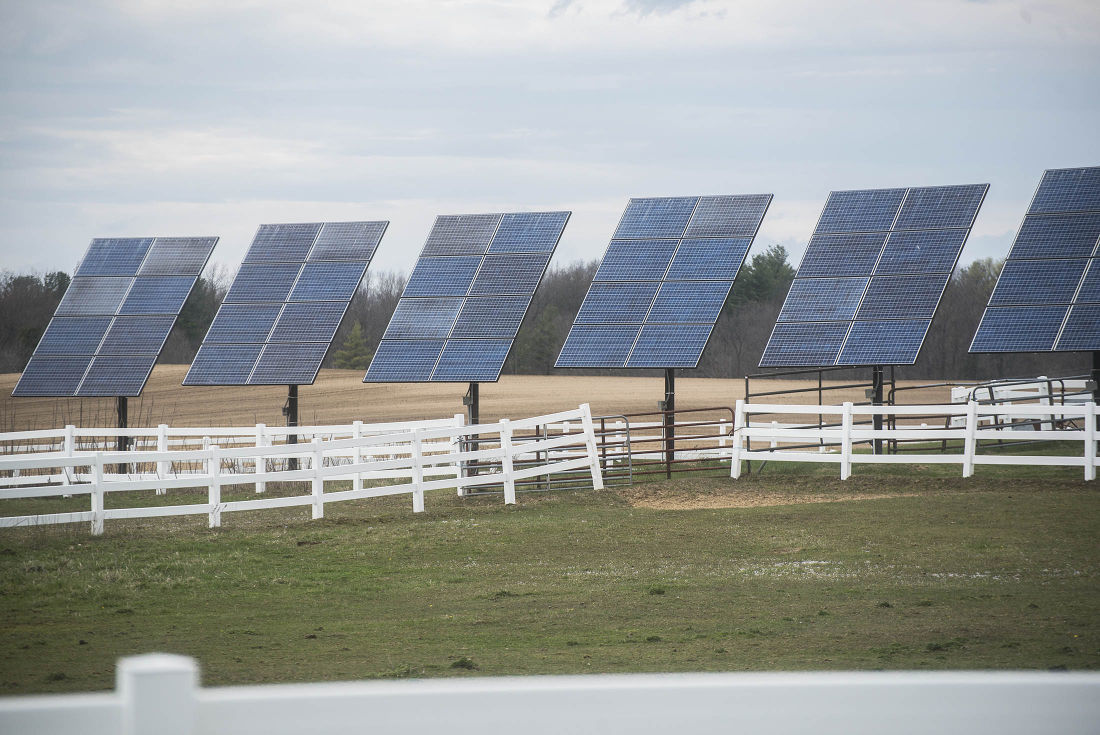 Solar panels stand on land that is part of Barber Bros Dairy Farm on Route 32 in Schuylerville. 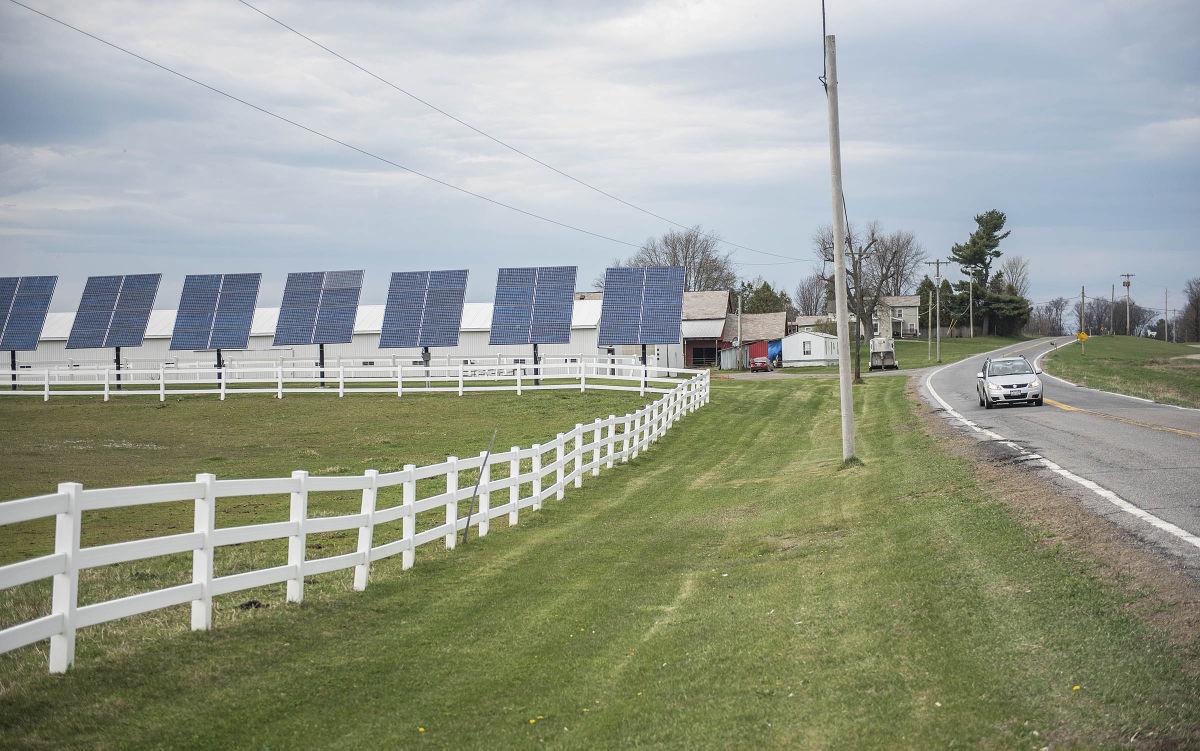 A car drives past solar panels at Barber Bros Dairy Farm on 32 in Schuylerville.

MOREAU — Two companies want to build solar farms in town, but the town has no regulations to allow them, or stop them.

The Town Board began the process Tuesday of putting into place a solar farm moratorium, so it can develop regulations before the farms are proposed.

The board will hold a public hearing at 6 p.m. on June 25. The moratorium, if approved, would apply only to ground-mounted solar panels.

Each of the solar arrays that have been proposed would be located on 40 or more acres of land. One would be in the agricultural district, where it would provide much-needed revenue to a farmer who doesn’t use all of his land.

But turning farmland into something like a power plant has board members worried.

“We’re very protective of our agricultural district,” said Supervisor Todd Kusnierz, who runs a farm in the district.

The solar panels need concrete bases and underground, heavy industrial wires that connect to power transformers. It’s not simple to remove them and begin growing crops on the land.

The town could require companies to put up a bond to cover the costs of removal if an array is ever decommissioned.

“So these structures don’t sit there in perpetuity,” he said.

Other Saratoga County towns regulate solar farms. One regulation calls for fencing to start 6 inches above the ground so wildlife can move through the area. Another regulation requires wildflower seeding.

The Town Board has a lot to consider. The moratorium would last for six months but could be extended.

Board members supported the idea of developing rules before the Planning Board reviews any solar farm applications.

“I think it’s prudent for us to make sure the right law is in place,” board member Alan Van Tassel said.

“It’s not allowed anywhere,” he said. “This is not in our code anywhere.”

He recommended the town start by looking at the state’s model law.

“There are ways to do these that reduce some of the impact,” he said.

He expects most solar farm builders to prefer the agricultural district.

“These need to be near transmission lines,” he said. “Much of that is in our ag district.”

QUEENSBURY — A solar panel 16 feet tall has been mounted only 3 feet from resident John Hoy’s property, and he is not happy about it.

KINGSBURY — A public hearing on a proposed local law which would impose a limit on large-scale solar panel arrays is being held Feb. 5 by the …

Solar energy is bringing a heap of problems to the region.

MOREAU — Solar farms can come to Moreau, but they must be regulated, Town Board members said at Tuesday’s board meeting.

Moreau farmers weigh in on allowing solar arrays on farmland

Moreau town planners have developed a law for ground-mounted solar panels on acres of farmland, but it isn’t public yet.

Solar panels stand on land that is part of Barber Bros Dairy Farm on Route 32 in Schuylerville.

A car drives past solar panels at Barber Bros Dairy Farm on 32 in Schuylerville.