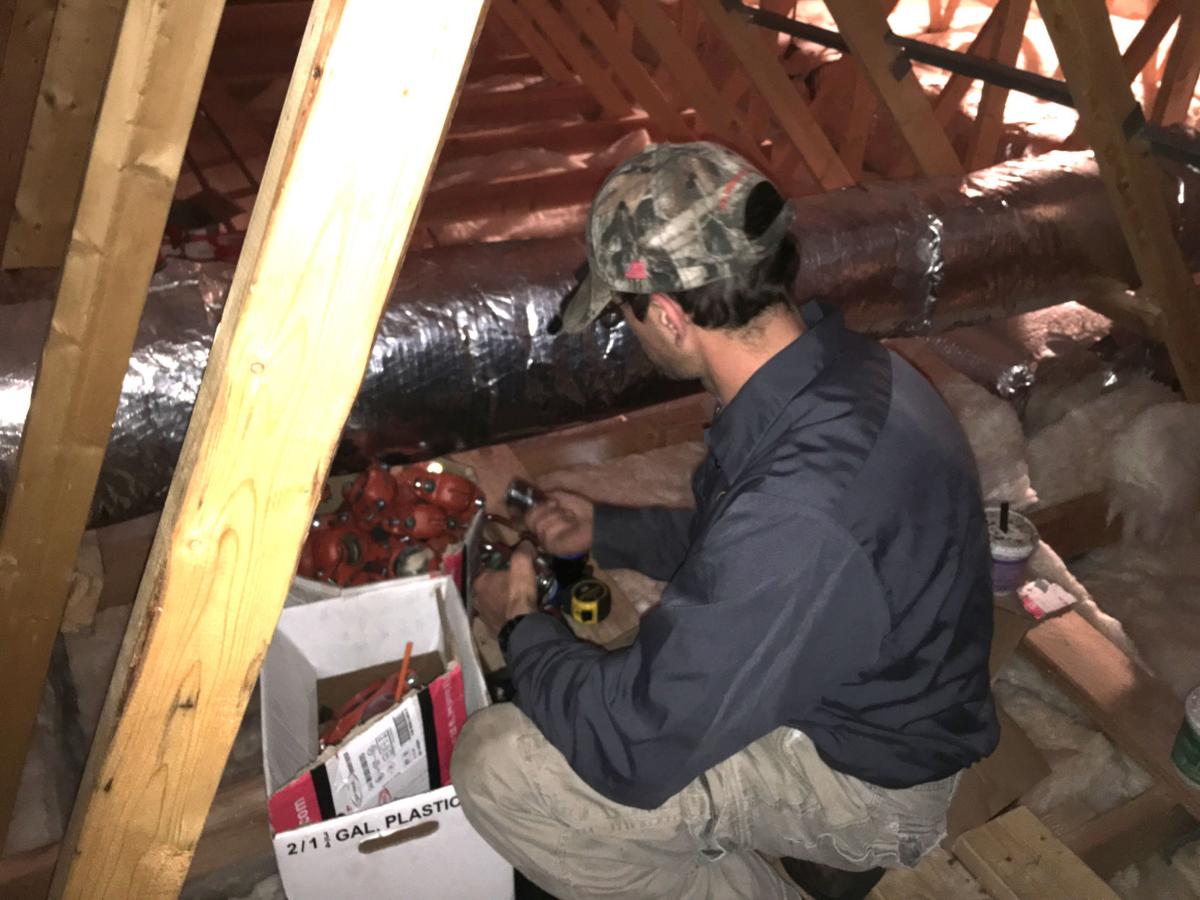 Andrew Battisti of Professional Fire Protection works on the fire suppression system in the attic of the Moreau Town Hall in 2019. The system was built badly by another contractor and flooded part of the brand-new building in 2015. 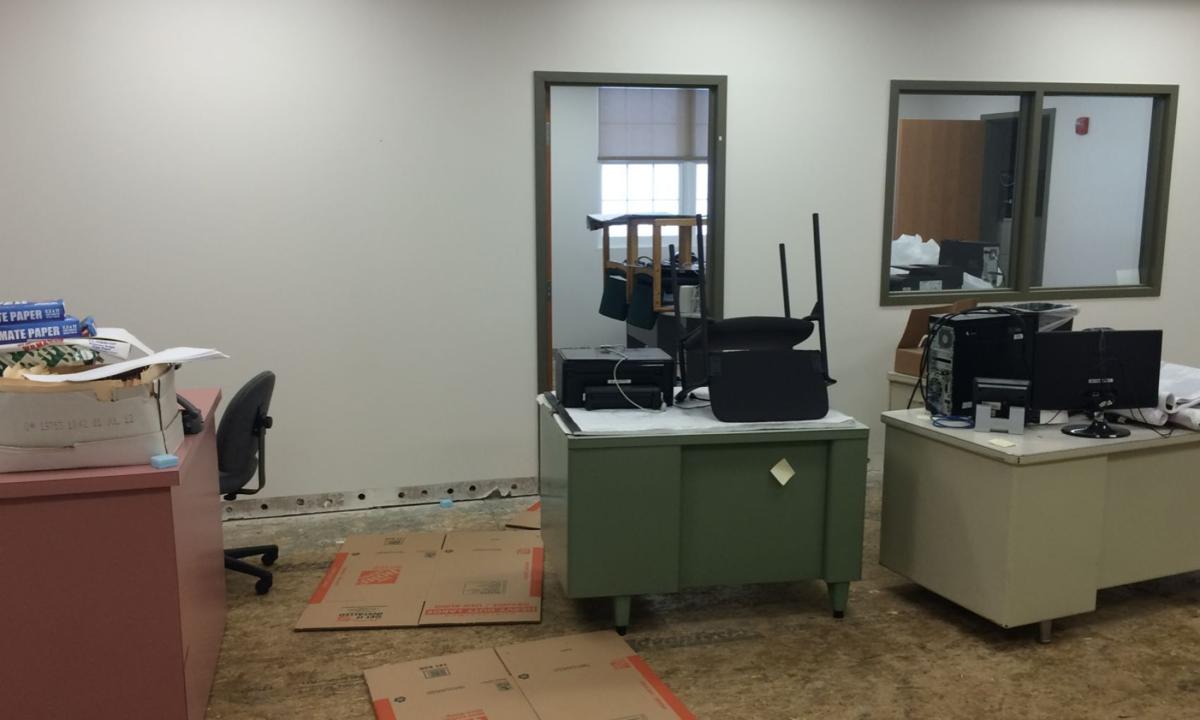 Workers had to rip out the carpeting in Moreau Town Hall after the flood when a fire suppression system sprinkler pipe burst.

MOREAU — Crisafulli Bros. has paid a small settlement with the town for expensive errors made while building Town Hall.

While the town mainly sued its contractors because of the flood in 2015, there was also a second flood, which was traced back to the wrong type of spigots used on the exterior of the building.

While $8,000 did not come close to covering the losses, Supervisor Todd Kusnierz said the Town Board was advised to settle after a discussion in executive session on Nov. 12, 2019.

“It would cost more in attorney fees to pursue than we could get back,” he said.

So the board voted unanimously in 2019 to accept the settlement, and it has now been paid.

The construction project did not have a clerk of the works to adjust the design in response to real-world conditions, which has been largely blamed for the problems.

“In a public works project, we have to follow the design specs to a letter,” he said. “If there is some resulting issues with the system we installed, it’s a design issue.”

His company was supposed to oversee installation of the fire suppression system. In addition, the heating, ventilating and air conditioning system built by Crisafulli Brothers did not heat parts of the building until it was adjusted in 2018 — more than four years after the building was completed.

But an inspection performed by Rolf Jensen & Associates did not find design problems in the fire suppression system.

Instead, it described multiple construction errors. A number of bolts were over-tightened, one of which pinched a gasket that led to the flood. Other bolts were under-tightened, which meant they might not hold the pipes together.

In addition, the wrong type of joint was used throughout the system, the connector that inspectors use to test the system was not installed properly and pipes were not placed at the proper pitch, the inspectors said in a report.

Years after Moreau officials thought they’d discovered the last of the many construction errors at Town Hall, yet another one has reared its head.

MOREAU — For the last four years, there has been no fire suppression system working in the basement at Town Hall.

MOREAU — At long last, after four years, a group of competent workers are fixing the fire suppression system in the attic of Town Hall.

Moreau Town Hall: A cautionary tale about the power of supervision

MOREAU — Looking back, there wasn’t just one mistake that led to the many construction problems at Moreau Town Hall.

Andrew Battisti of Professional Fire Protection works on the fire suppression system in the attic of the Moreau Town Hall in 2019. The system was built badly by another contractor and flooded part of the brand-new building in 2015.

Workers had to rip out the carpeting in Moreau Town Hall after the flood when a fire suppression system sprinkler pipe burst.