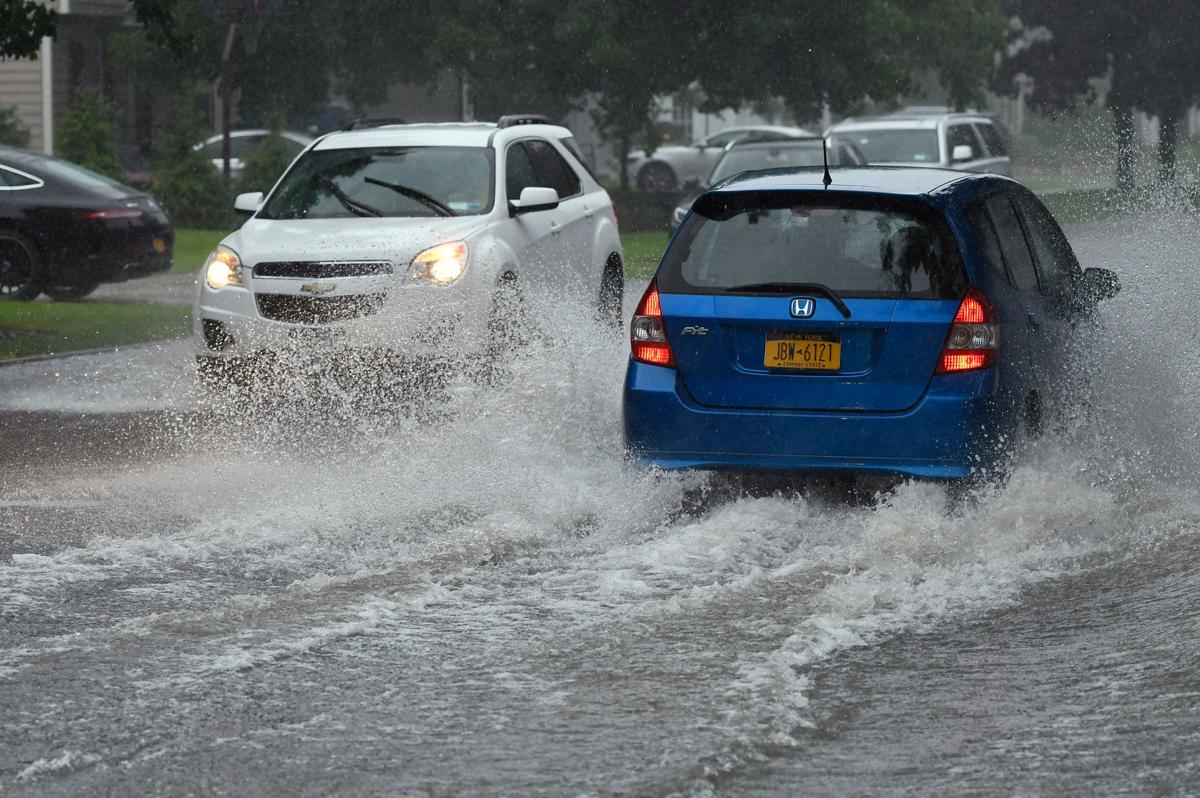 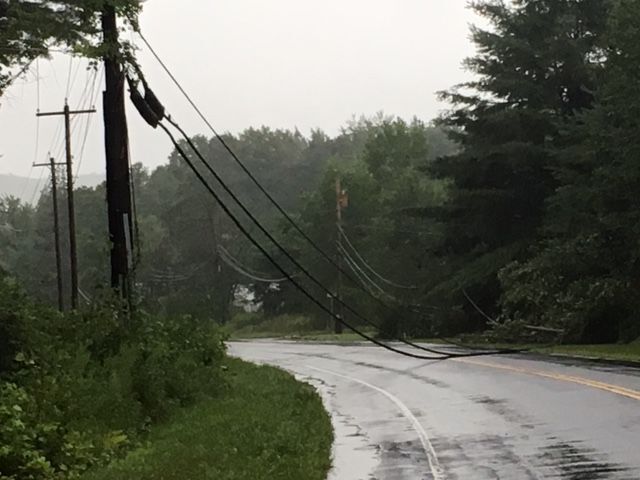 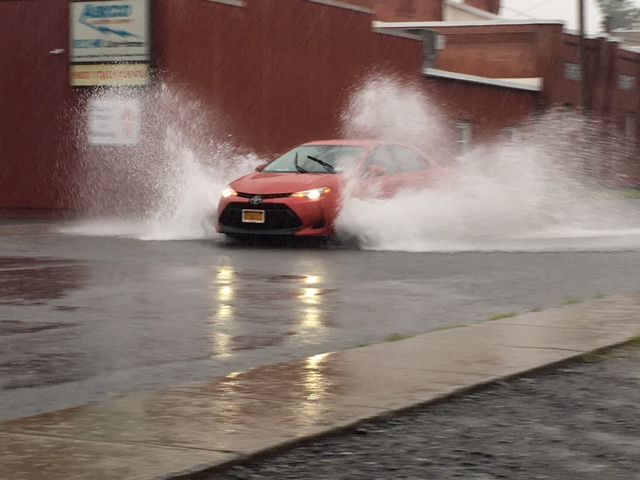 A car struggles through a flooded Cooper St. in Glens Falls on Tuesday. 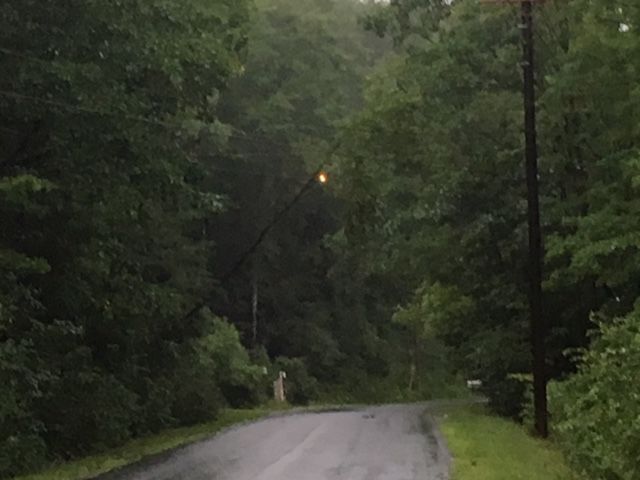 A tree rests on a line, sparking a small fire on Buttermilk Falls Road in the town of Fort Ann.

About 120 National Grid customers in Warren, Washington and Saratoga counties are still without power as of 1:30 p.m. Wednesday from the remnants of Tropical Storm Isaias.

At its peak, Saratoga County reported more than 19,000 customers without power, according to the National Grid outage map. That number has been cut to around 100 with restoration times expected by 11 p.m. Wednesday. Washington County had 363 customers lacking electricity Wednesday morning with everyone restored besides one customer in Fort Ann and 230 Warren County residents woke up without power. Less than two dozen across several towns remained without power Wednesday afternoon with restoration expected by 3 p.m.

Glens Falls reported a record rainfall of 2.81 inches, according to the National Weather Service of Albany.

Albany International Airport got 3.92 inches, the fourth-highest total ever for that location.

Local fire departments answered dozens of calls related to the storm and some roads were temporarily shut down. There were multiple calls in the Fort Ann area, including one for a transformer fire on Route 149.

Damage was widespread in Saratoga County, with reports of trees and wires down, according to the Sheriff’s Office.

The western end of Queensbury appeared to be the most affected in Warren County. The Sheriff’s Office reported that a tree fell into a house at 44 Everets Ave. There was not too much damage and there were no injuries.

Downed wires and trees on wires resulted in roads being blocked including West Mountain Road at Fuller Road, Nacy Road, Boulderwood Drive and Upper Sherman Avenue, according to the Sheriff’s Office.

Minor flooding was common on roadways around the dinner hour, but most roads were passable.

The National Weather Service had issued a flood advisory for southeastern Warren County and central Washington County until 7:45 p.m. A flash flood watch is in place until 8 a.m. Wednesday.

A tornado watch was in effect until 9 p.m. for a large part of the Capital Region, but was canceled at about 5:25 p.m.

Wednesday's forecast promises sunny skies, with relatively mild temperatures expected for the remainder of the week.

For the latest on the weather visit poststar.com/weather.

A car struggles through a flooded Cooper St. in Glens Falls on Tuesday.

A tree rests on a line, sparking a small fire on Buttermilk Falls Road in the town of Fort Ann.