GLENS FALLS — Reactions here to the state legalization of marijuana range from excitement to a shrug, with no one wringing their hands or warning of a breakdown in the moral fabric of society.

At the downtown shop 42 Degrees, co-owner Robin Barkenhagen expressed optimism about the benefits of legalization for his existing business, the regional economy and his prospects for opening a retail marijuana shop in the city.

Barkenhagen’s shop at 206 Glen St. sells a rainbow array of marijuana glassware, some of which is more art than smoking device; along with posters, T-shirts, CBD products; and, near the front, a selection of candy and other convenience store items, such as motor oil, Band-Aids and Tide detergent.

He expanded about a year and a half ago into this bigger, more prominent space from his old location on Park Street, bringing in a business partner at the same time, gaining the room and the money to expand his inventory.

Since the store is in the heart of downtown now, the front is reserved for all-ages items, with the smoking paraphernalia toward the back, and he keeps the most obvious bongs and pot pipes out of the window displays.

But whatever stigma still attaches to pipes and bongs and rolling papers, their use for their intended purpose is now legal in New York.

“It’s a glorious day,” Barkenhagen said on Thursday, his eyes smiling over his mask, his long hair combed back from his forehead and tied in back. “It’s been so long in coming. It took so long to overcome those stereotypes.”

Although the law allows for marijuana sales in retail shops it calls “dispensaries” and for marijuana cafés or lounges as well, those cannot be opened for at least 18 months.

Barkenhagen’s business partner, Brian Bronzino, owns the old blacksmith shop on Glen Street hill — the oldest building in the city — and they consider it a good spot for a dispensary.

The law allows communities to opt out of retail sales, but local officials have not expressed opposition to the prospect.

“I would think we’d have some folks interested,” said Lake George Mayor Robert Blais, about shops selling marijuana. “I think we’d be open to retail outlets.”

He hypothesized that the tourists who flood the village in summer would be “disappointed” if Lake George lacked marijuana shops, once the law allows them.

“I think the Village Board will be open to … some retail sale of it within the village,” he said.

Before his decades as mayor, Blais was a local police officer.

“Back in the day when I was a police officer, most of the arrests we had in the Lake George region were public intoxication,” he said. “People inebriated with alcohol.”

He is worried about policing vehicle operation under the influence of marijuana, Blais said — “but I’m sure the police will adapt.”

“We have a young department and a lot of new officers — it’s probably easier for them to adapt.

“It’s just another thing. The state passes laws, and it’s our obligation to enforce those laws.”

Officers will no longer be able to justify car searches because they smell the odor of marijuana — “that’s no longer going to be a tool for us,” he said. “Officers have been advised. This is now legal.”

But he and others expressed concern about impaired driving under the influence of marijuana and the challenge of testing for that. There is no equivalent for marijuana to the Breathalyzer test that registers blood alcohol content.

The demand is there

Assemblywoman Carrie Woerner, D-Round Lake, voted in favor of legalization. Her district, which has more enrolled Republicans than Democrats, seems to support legalization, she said.

“I’ve been surveying constituents on this subject for the last three years. It’s not scientific, but every year, it is over 50 percent who respond that are in favor.”

She mentioned estimates that put the size of the illegal marijuana trade at around $1.7 billion in New York — “clearly, there is a demand.”

She acknowledges the concerns about driving impaired but “those problems exist already,” she said, and she believes the legalization will draw more attention to those problems.

The law will create opportunities, she said.

“I’ve had lots of conversations with young entrepreneurs. … There’s a lot of enthusiasm around the new business potential.”

She also mentioned the possibility of growing marijuana in the region, which has been known in past years for its illegal marijuana crop and is home now to several hemp farms.

Haff has promoted Washington County for years as a prime site for hemp farming. Hemp and marijuana are the same plant, but hemp has lower levels of THC, the psychoactive ingredient that gets users high.

“I do not see much difference between marijuana and alcohol,” Haff said.

“The social issues, they’re the same. Do we want minors to smoke marijuana? Of course not. But I think it’s due time, if you’re a responsible adult, you should be able to do what you see fit,” he said.

The law allows people to grow a few plants in their own homes and store up to several pounds of marijuana. Haff said he’s “glad to see there is a homegrown element,” because he would prefer the market not be dominated by corporations.

Legalization will bring regulation to the marijuana market, which should help reassure customers about the products they’re buying, he said.

“I think people would rather buy something they know has been inspected and safe,” he said. 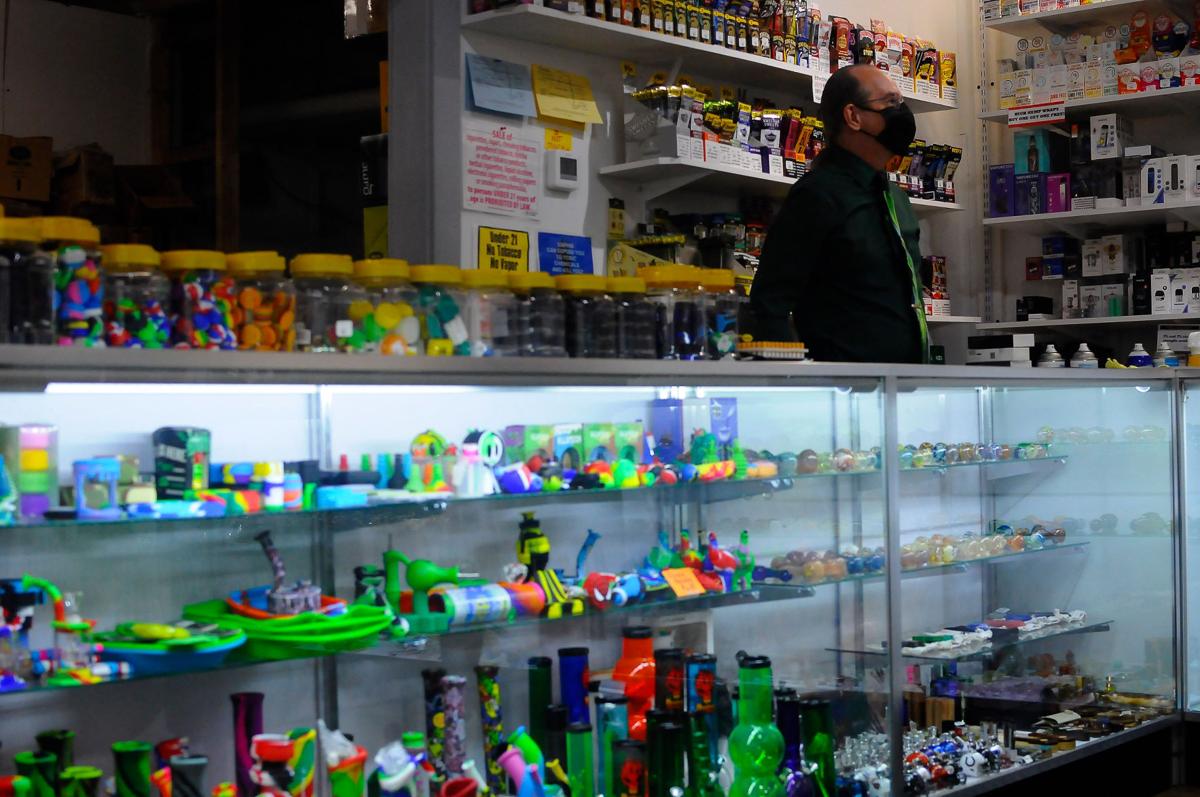 Robin Barkenhagen, owner of 42 Degrees, waits behind the counter at his shop to help customers last week in Glens Falls. 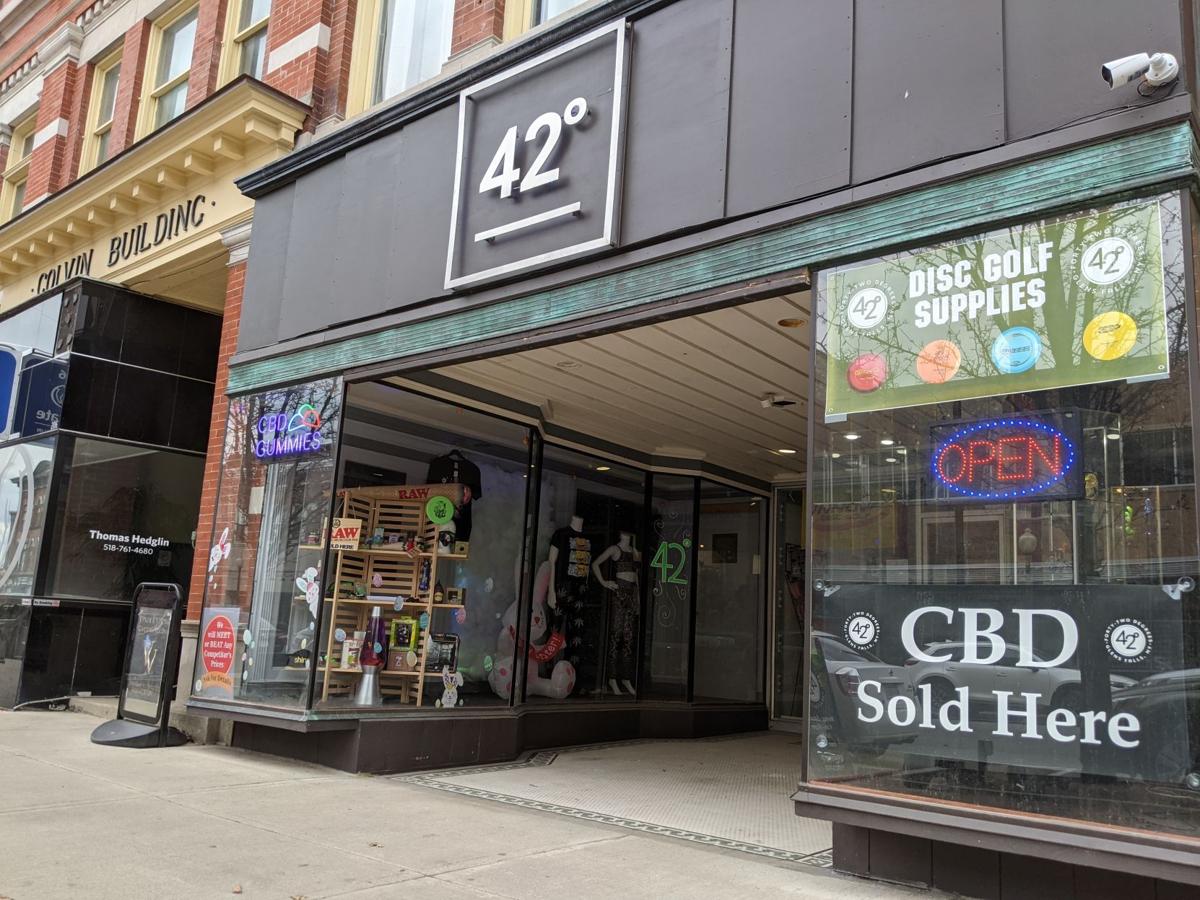 The 42 Degrees shop, which sells an array of glassware used for marijuana consumption, such as pipes and bongs, recently moved from a side street in Glens Falls to the heart of downtown on Glen Street.

This panoramic view shows many degrees of the 42 Degrees shop in downtown Glens Falls, co-owned by Robin Barkenhagen, a longtime advocate for marijuana legalization. 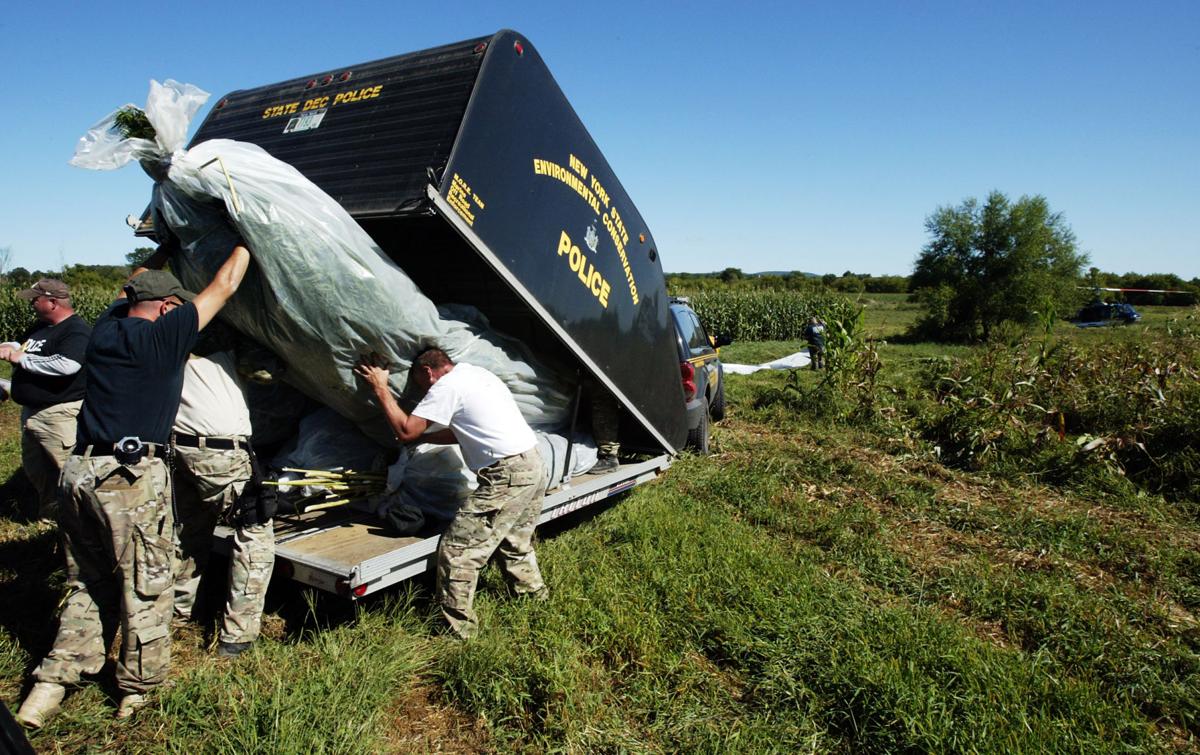 In 2012, Washington County Drug Task Force and state police members stuff a bag of 300 seized marijuana plants into a transport trailer at a staging area off New Swamp Road in Kingsbury. The seizure was dubbed as the biggest in more than a decade. One task force member suggested they should borrow a Kingsbury DPW dumptruck to transport the plants. 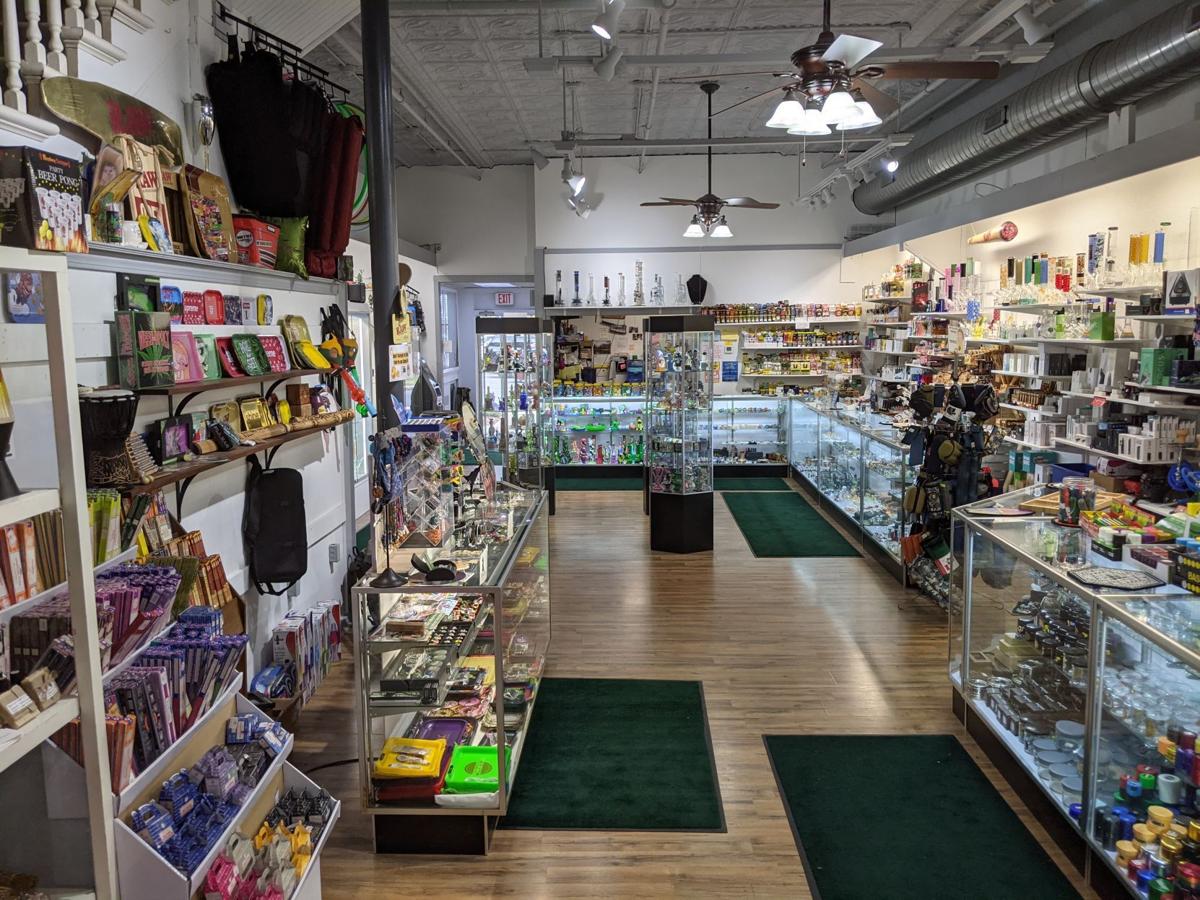 The 42 Degrees shop in downtown Glens Falls has a large array of glassware related to marijuana consumptions, such as pipes and bongs, along with T-shirts, posters and more for sale.