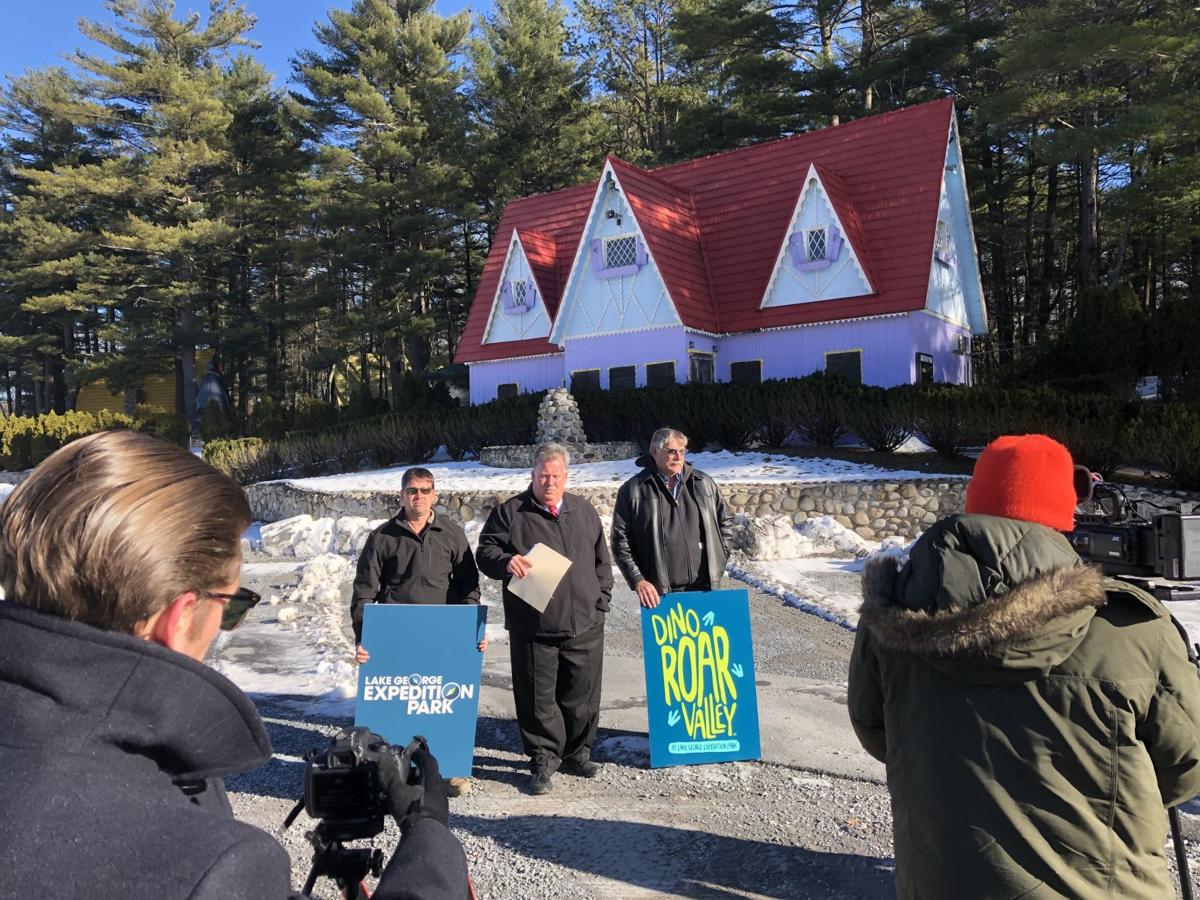 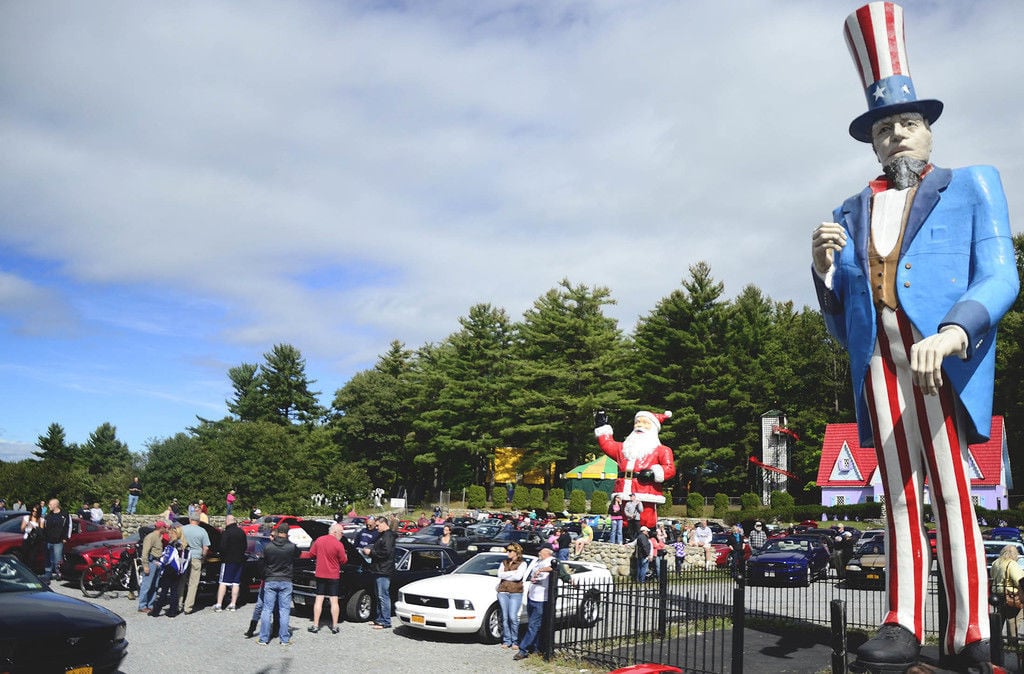 Mustangs fill the parking lot of the Magic Forest during a Mustang parade down Route 9 in Lake George in 2014. The theme park has a prospective buyer with plans to re-open the park under a different theme.

LAKE GEORGE — Magic Forest amusement park will become Lake George Expedition Park when taken over by a new owner in the coming months, with added attractions that will include a dinosaur-themed area to be called “Dino Roar Valley.”

Longtime owner Jack Gillette is selling the Route 9 park to local contractor Ruben Ellsworth, with the price yet to be disclosed. Ellsworth plans to update the park and bring in new fixtures, including an interactive, educational that will focus on dinosaurs and include statues, a dinosaur “nest” and fossil search.

“The park will transform visitors to a prehistoric time when dinosaurs roamed,” said John Collins, the former Great Escape amusement park manager who will serve as general manager and chief operating officer of the new park.

The business will operate under the name Lake George Expedition Park, with Magic Forest and Dino Roar Valley being aspects of it. The dinosaur attraction is scheduled to be ready for Memorial Day weekend next year, and Collins said other changes will be phased in over the years to follow.

A news conference Tuesday at the park to announce the change drew Ellsworth, Gillette and Collins as well as numerous business leaders and elected officials, all praising the proposed changes.

EDC Warren County President Ed Bartholomew said the move will bring “another opportunity to extend the stay” for visitors, while also offering not only entertainment but also educational opportunities for local families and students.

“This park serves a great niche in the community. What’s great about the Lake George region is we have something for all ages,” said Lake George Mayor Robert Blais.

Most of Magic Forest will remain intact, but the former safari area will see most of the changes. Twenty-three of 25 rides will remain in operation, but most of the “hundreds” of animal statues are being removed.

The 46-acre park will not expand its overall footprint, Ellsworth said.

Ellsworth, owner of Ellsworth & Son Excavating of Fort Ann, had wanted to create an educational children’s park, and had considered other sites, including one off Route 9 in Queensbury. But he settled on Magic Forest, though litigation between Gillette and Warren County over property lines held the sale up for years.

“I didn’t want to see it get developed into something else,” Ellsworth said.

Since leaving Great Escape, Collins has been consulting at Santa’s Workshop amusement park in Wilmington, near Lake Placid.

A new website has been set up at lakegeorgeexpeditionpark.com/.

Gillette, whose family founded the park more than 50 years ago, revealed late last month that the business was being sold, and many of the animal statues on the grounds were being sold. He said Tuesday that 50 or 60 had already been sold.

He said Tuesday that he is “looking forward to my first summer off” after nearly 6 decades in the amusement park business. He said he was glad that the property won’t become a housing development, and will remain a special place for children operated by a family he has known for decades.

“I’m going to be around to help, maybe once or twice a week,” Gillette said. “I’m just really happy someone is buying it and is going to keep it as an amusement park.”

The park has catered mainly to young children, and has rides, a train and animals and has featured a variety of shows.

Sale of the statues is being handled through the “American Giants” website, a site dedicated to collectors and fans of fiberglass statues. A listing of the items for sale can be found at usagiants.com/magic-forest-sale/. Many have already been listed as sold for thousands of dollars.

'It was moving!': Dino Roar Valley opens to children's awe

LAKE GEORGE — The sounds of 65 million years ago are echoing through Dino Roar Valley.

Mustangs fill the parking lot of the Magic Forest during a Mustang parade down Route 9 in Lake George in 2014. The theme park has a prospective buyer with plans to re-open the park under a different theme.