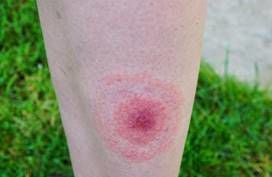 An example of a confirmed case of Lyme disease, a bull's-eye rash, is seen. 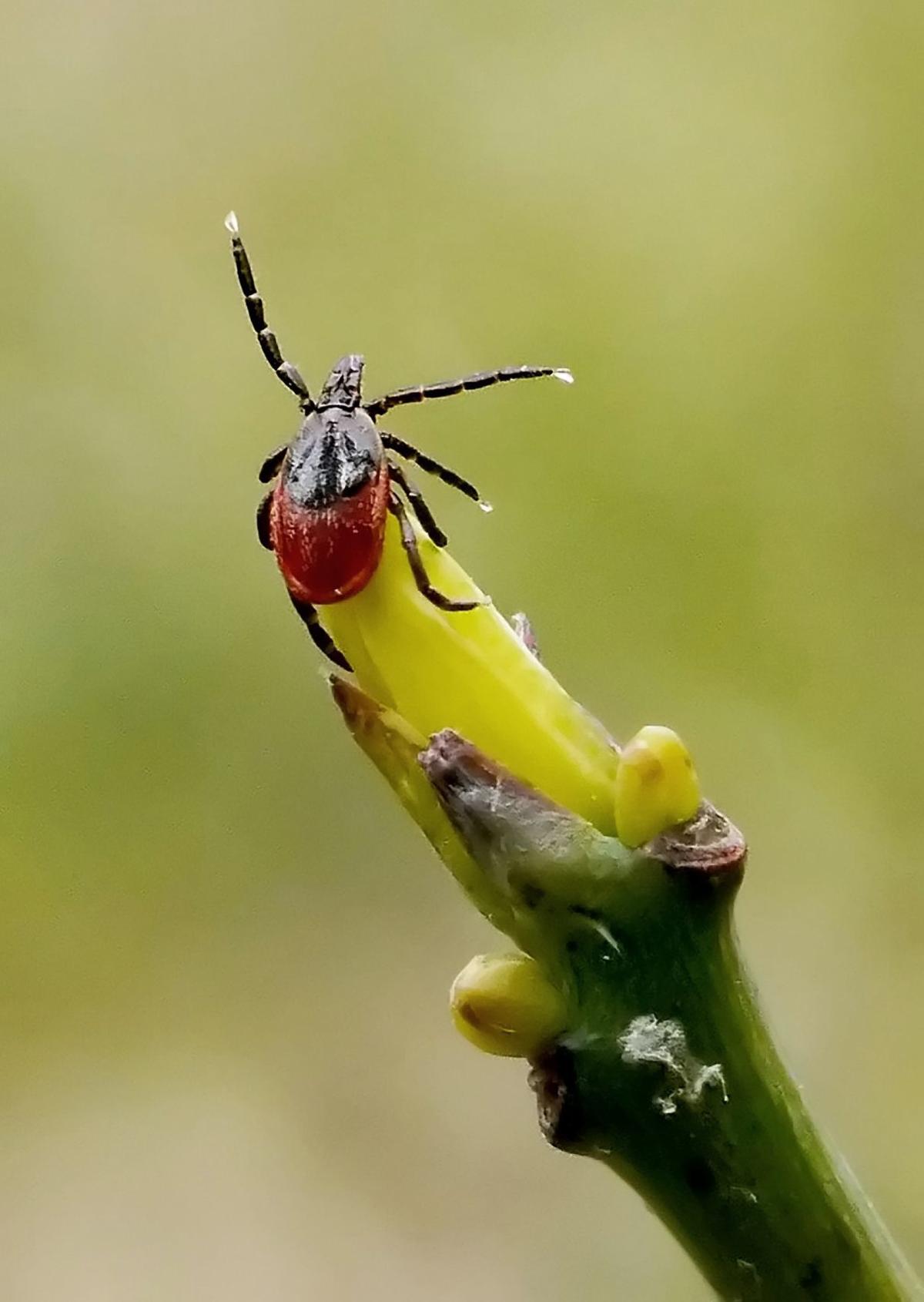 Ticks spread the widest variety of diseases that are harmful to humans, including Lyme disease. This image shows a female blacklegged tick, or deer tick. The tick is questing, or holding out its limbs to get picked up by a host.

A Capital Region study is aiming at the creation of an accurate test for Lyme disease, but it needs volunteers.

The organization, Focus on Lyme, is partnering with the Stram Center for Integrative Medicine out of Delmar for the study. They’re looking to collect blood samples from people who have been bitten by a tick and developed the bull’s-eye or red-raised rash associated with the disease.

Many people who are infected don’t get the rash, delaying a crucial window of time when antibiotics are most effective.

“At this moment in time, the only truly clinically accurate way possible to diagnose (Lyme) is if they develop that bull’s-eye rash because the lab tests are so bad,” said Holly Ahern, a microbiologist and science advisor for Focus on Lyme, in a phone interview. “To validate any kind of diagnostic test, the only true standard that exists is those people who develop the rash. So this (study) is for a validation of the diagnostic test.”

Volunteers who have the rash and wish to help with the study must be between the ages of 18 and 65 and not already taking Lyme disease treatments.

The rash must be a bull’s-eye or red circle of more than 2 inches. The rash will be evaluated by a health care provider at the Stram Center before a person is officially enrolled in the study. Participation is free, and will last through June.

To make an appointment, contact the Stram Center at 518-689-2244 or use the “contact us” form at stramcenter.com and mention “Lyme rash study.”

Participants also have the option of getting Lyme disease treatment at no cost, and getting follow-up visits, Ahern said.

Chris Fisk, president of the Lyme Action Network, said in an email that a study like this is not being done elsewhere.

“The Capital Region and surrounding areas have the opportunity to make a difference on an international scale by contributing to this chapter of the research that will, hopefully, validate a brand new diagnostic test for early Lyme (fingers crossed!),” Fisk continued.

Ahern said the next steps are to present the diagnostic test to the U.S. Food and Drug Administration.

This is the time of year when nymph ticks are particularly prevalent, Ahern added. They are the kind of ticks that carry the bacteria that causes the Lyme disease rash.

Lately, Ahern has been getting adult female ticks sent to her lab, which when they bite, do not cause a rash. The females are particularly “ravenous” she added, because they’re mating and laying eggs.

Learn ways to protect yourself from being bit by going to health.ny.gov/publications/2825.

Spring has sprung. Ticks too.

It’s that time of year when you might feel that faint crawling feeling on your skin. It’s so gentle, it could be a stray hair or piece of fuzz.

Column: Look out for small passengers

OK it’s gross, but we have to deal with it.

State budget does not include $1 million for Lyme, tick-borne illness research

The $1 million the state Senate had put back into the budget for studying Lyme disease and other tick-borne illnesses is no longer there.

$1 million for Lyme, tick-borne illness research put back in budget

The New York state Senate reinstated $1 million in funding for Lyme and tick-borne illness research in the draft executive budget for 2019-2020.

Ticks have firm hold in Adirondacks

Ticks are spreading into the High Peaks, reaching elevations they never have before and carrying Lyme disease to communities in Wilmington, Ma…

The modern history of Lyme disease starts with an outbreak in the early 1970s in Lyme, Connecticut of a mysterious illness that afflicted chil…

After two years of research and writing, Mary Beth Pfeiffer started a book tour last week that could also be described as a warning: The ticks…

An example of a confirmed case of Lyme disease, a bull's-eye rash, is seen.

Ticks spread the widest variety of diseases that are harmful to humans, including Lyme disease. This image shows a female blacklegged tick, or deer tick. The tick is questing, or holding out its limbs to get picked up by a host.