The all-day conference is designed to educate communities and highway departments in and outside of New York state looking for new ways to create safe driving conditions in the winter, other than the traditional method of applying road salt. Over 200 people attended this year’s summit, both in-person and by remotely streaming the event.

“We’ve created a model, here at Lake George, that can be applied anywhere and should be applied everywhere” in municipalities near and far, said LGA President Eric Siy.

“We really are creating a culture committed to road salt reduction, not just at Lake George, but we are hearing from surrounding communities who are learning from us and that is exactly what we want,” Siy said.

He stressed the importance of the shift away from large amounts of salt used on the roads during the winter months.

“The science is telling us, this really is like the acid rain of our time, but the beauty is we can solve it here and now. We are demonstrating that when you do this you actually save money, while protecting resources and also actually improving road safety, so it’s a no-brainer,” Siy told The Post-Star.

He said the problem that repeatedly arises is a question of safety. People are afraid new methods of de-icing roads after and during a winter storm may not be as effective as the use of road salt.

“It’s (road salt use reduction) real and it’s become the new normal, which is tremendous for water quality. It’s all about proving that this works because it requires changing the approach to keeping roads safe and with that comes a lot of fear, but we have demonstrated that it works over the past seven years,” Siy explained.

The association’s president was among several speakers including Lake George Waterkeeper Chris Navitsky and AdkAction Executive Director Sawyer Cresap, as well as several messages from companies sponsoring the event and keynote speaker Marc Yaggi, CEO of the International WaterKeeper Alliance.

Tim Fiallo from the town of Hague’s highway department frequently shares the region’s road salting and new de-icing methods with other towns, not only in New York, but also in Pennsylvania, New Jersey and as far as Fargo, North Dakota.

“Basically, we’re here to help spread a cultural change based on what we’ve learned in the last seven years. We are trying to break down the science that everyone is so afraid of from the old habits and show them that these newer methods are working,” Fiallo said on Thursday.

He said area highway departments have been able to reduce salt usage in the winter from 1,900 tons down to only 5 tons.

One of the event’s biggest sponsors, Innovative Surface Solutions, is one of the largest Northeast distributors of liquid de-icers. Regional Manager Joe Cashin explained the most popular de-icing solution his company sells is actually “a food-grade molasses and magnesium blend” used for de-icing, anti-icing and treating salt.

Further details about the LGA’s road salt reduction initiative are available at their website and AdkAction’s section on salt reduction. 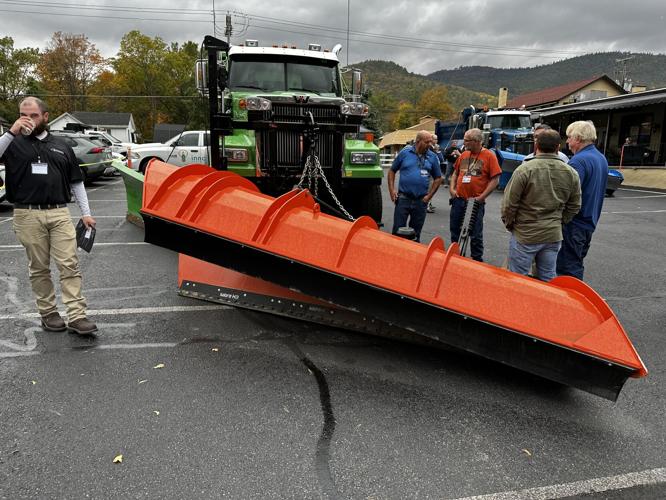 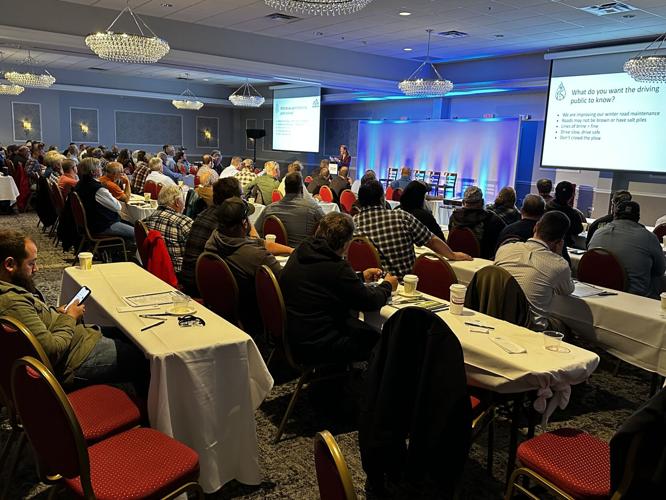 About 140 people attended the Lake George Association's seventh annual Adirondack Champlain Regional Salt Summit in-person on Thursday, and 70 joined virtually, throughout the all-day event at the Fort William Henry Hotel and Conference Center in Lake George. The conference is designed to update regional highway departments and government officials on the progress of reducing the use of road salt, which has damaging effects on nearby bodies of water, like Lake George.