QUEENSBURY — Wyatt Thomas pulled up to the Cricket Wireless store in the Northway Plaza in a stretch limousine on Saturday, where he was greeted by a group of eager employees, who literally rolled out a red carpet for him.

The group was full of nervous excitement as Wyatt, 16, exited the vehicle holding his favorite Build-A-Bear stuffed animal, his face obscured by a blue mask and gray beanie. His mother, Charlotte Thomas, was close behind with Wyatt’s walker, which was full of four more stuffed critters.

“Are you ready for your big day?” one employee asked, an obvious smile hidden beneath his own face covering.

The employee was right: It was a big day for Wyatt, a Lake Luzerne resident, who was joined by his mother and older brother, Paul.

Cricket Wireless was the first of a dozen stops the family would be making as part of an all-expenses paid shopping spree courtesy of the Make-A-Wish Foundation.

Wyatt, a Lake Luzerne resident, is battling leukemia, which has caused him to miss out on playing tennis with friends and going to school, and is responsible for causing a number of panic attacks and depression, according to Charlotte Thomas.

She added that COVID-19 has only made a difficult situation even harder.

“This shopping spree has lifted up his spirits, and it makes him feel so good to get out today to see old friends that he hasn’t seen in a while, and just to be out and enjoying himself with his family. He really misses going out and just having fun,” she said.

Wyatt didn’t speak. He was too busy downloading apps and playing with his new Samsung Galaxy S20 phone, which was gifted by Cricket Wireless.

The company also provided him with all the necessary gadgets, which, among other things, included a year of free service, several sets of Bluetooth headphones, a case and a few stuffed animals to add to his collection.

The limo would later take Wyatt and his family to all his favorite stores throughout the Capital Region, including stops in Latham, Albany and Crossgates Mall in Guilderland, where a trip to the Lego Store and Build-A-Bear Workshop were lined up.

Dinner at Olive Garden would cap off the busy day.

“Due to COVID, we’re restricted on what wishes we can grant in terms of travel wishes, but when it comes to shopping spree wishes, we can do anything,” said Mark McGuire, a spokesman for Make-A-Wish Northeast New York.

McGuire said the experience will be something that Wyatt carries with him for the rest of his life.

Wyatt, meanwhile, appeared transfixed by his new phone, downloading apps and playing games while his mother fired off a series of questions to a salesperson.

“Today has been one of the most magnificent days,” Charlotte Thomas said. “We can’t wait to finish it.”

The Washington County Sheriff’s Office is investigating the death of a 4-year-old girl who was struck by a vehicle.

A Ballston Spa man was killed on Thursday after his car was struck by two tractor-trailers on the Northway.

Some Queensbury teachers want the school district to go virtual because of the surge in cases in town, a sixth grade social studies teacher said.

A Queensbury man was arrested Monday on a marijuana possession charge.

A crash on the Northway tied up traffic on Thursday evening.

A Queensbury woman has been sentenced to 2 ½ years in prison after admitting to robbing a person.

A Whitehall man has been arrested after police said he had sexual contact with a person younger than 11 years old.

State police arrested a Fort Ann woman on Friday for allegedly driving drunk and crashing her car into a ditch. 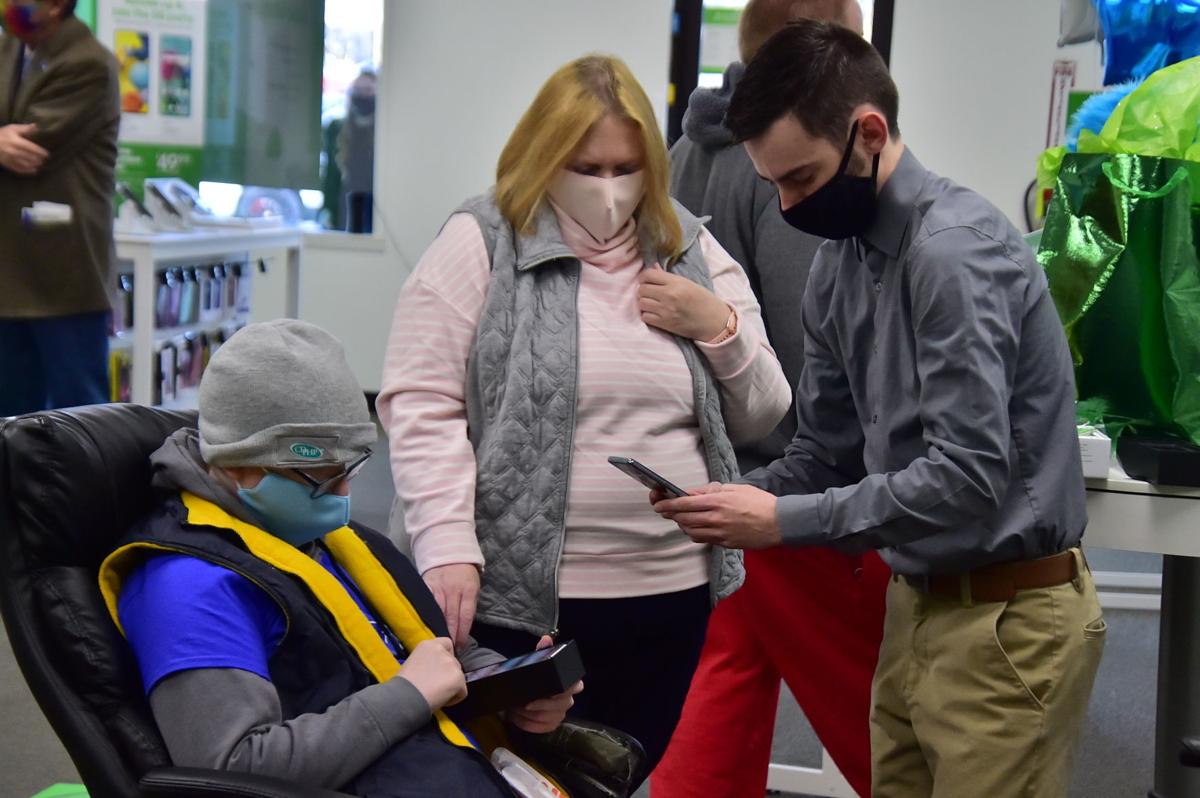 The Make-A-Wish Foundation granted Wyatt Thomas of Lake Luzerne an all-expenses paid shopping spree to a dozen locations around the Capital Region, including a stop at the Cricket Wireless store at the Northway Plaza in Queensbury. 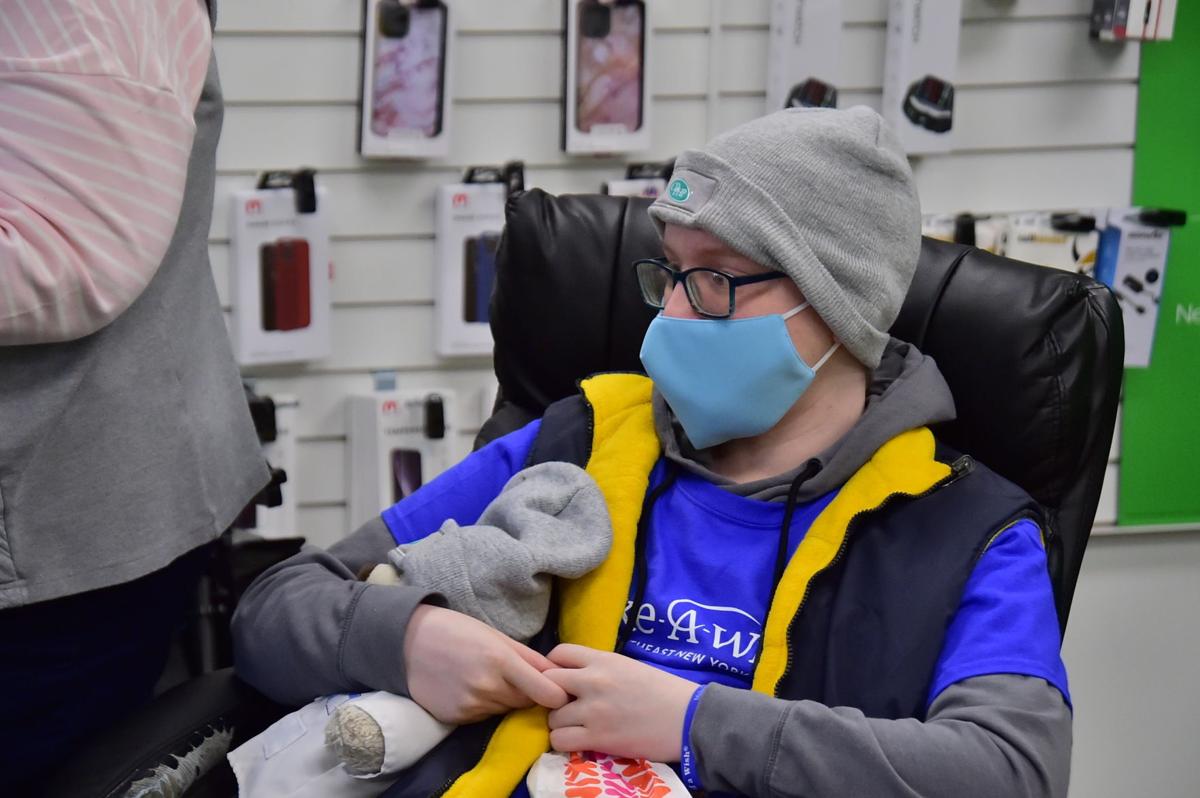 Wyatt Thomas of Lake Luzerne holds his favorite Build-A-Bear stuffed animal while visiting the Cricket Wireless store in the Northway Plaza in Queensbury. 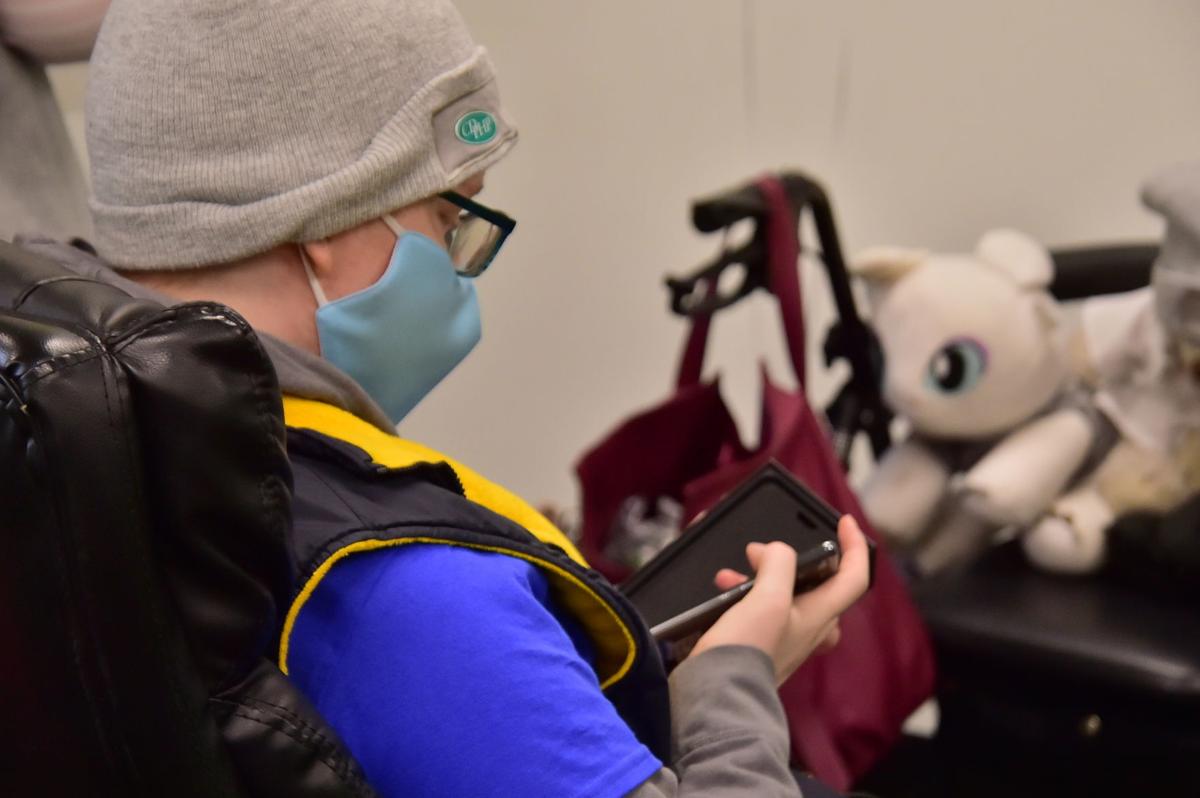 Wyatt Thomas plays with his new Samsung Galaxy S20 phone he received as part of an all expenses paid shopping spree through the Make-A-Wish Foundation. Thomas, 16, is currently battling leukemia.