Fauci: US may see 'surge upon surge' of virus in weeks ahead 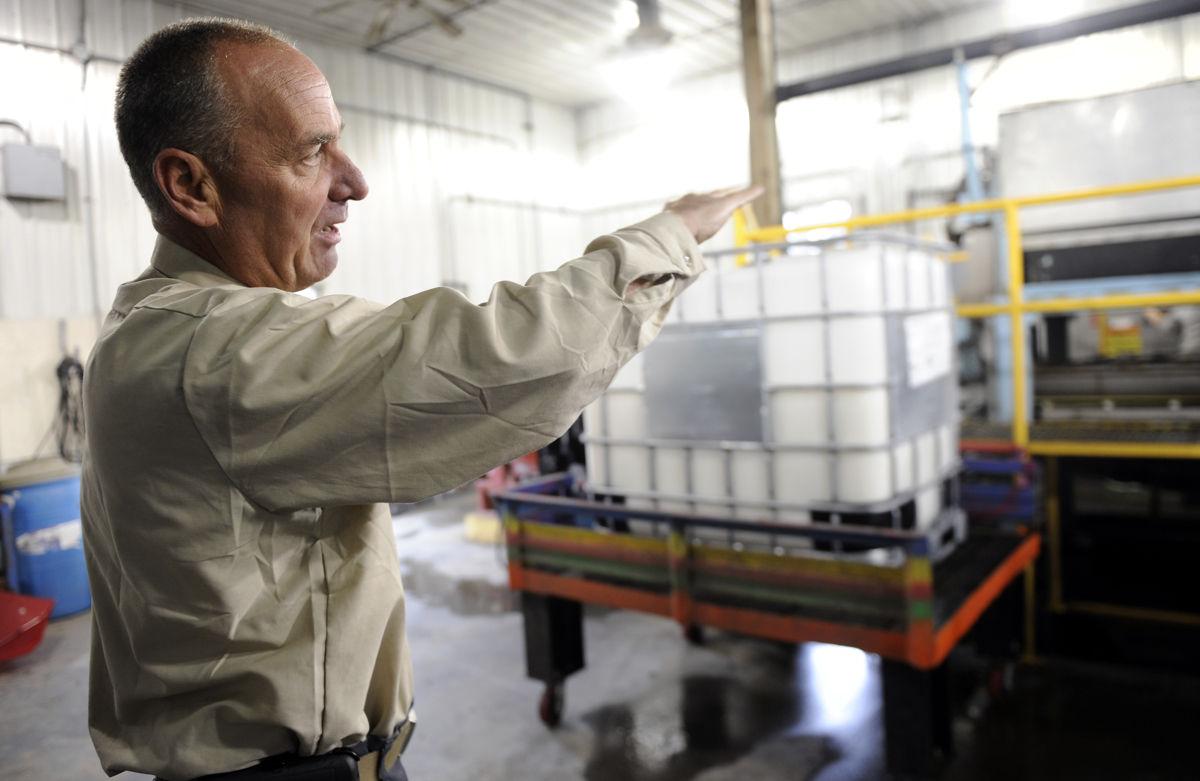 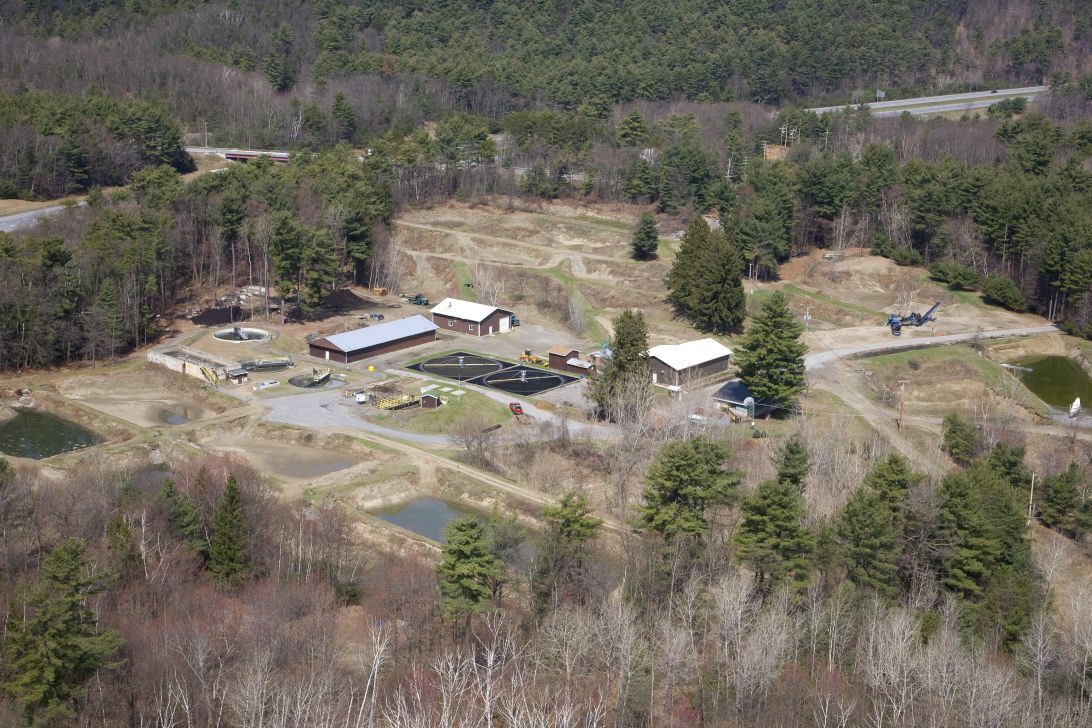 An aerial view of Lake George Waste Water Treatment Plant is seen. The plant is discharging high levels of nitrates, which is causing an algae bloom in West Brook and is suspected of increasing levels in Lake George. 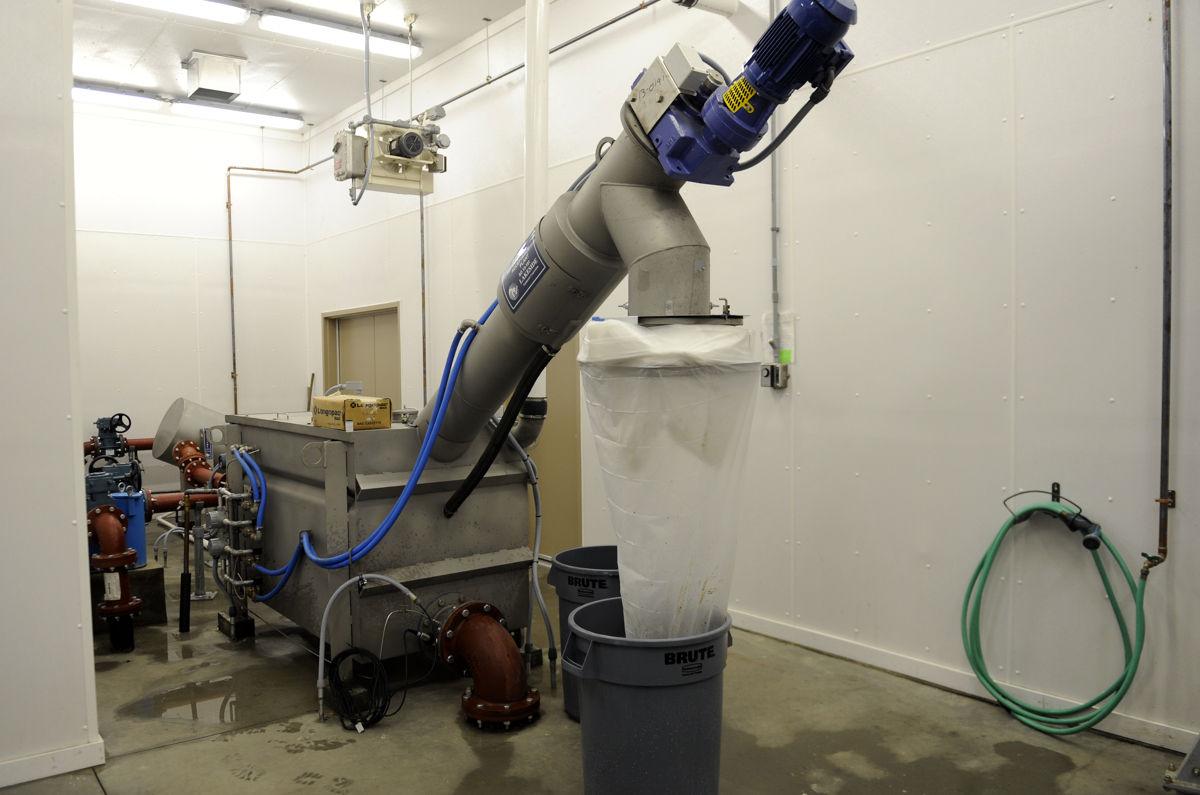 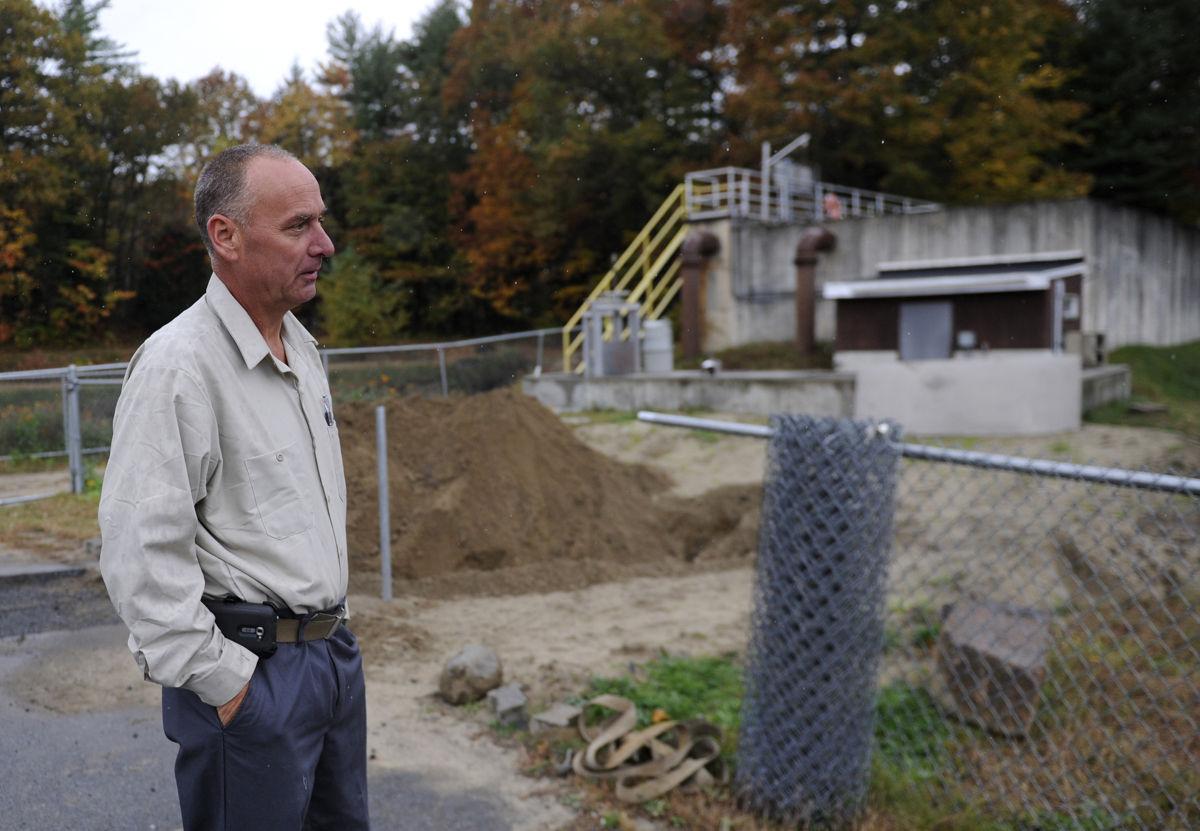 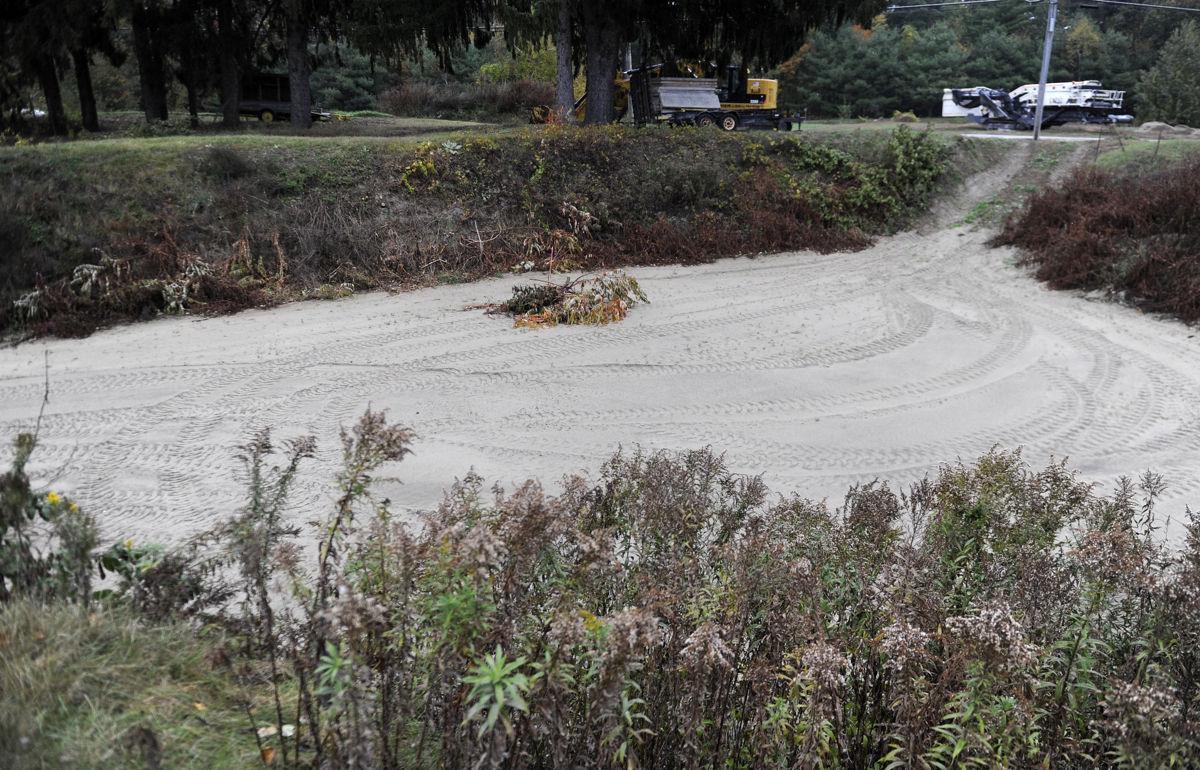 A sand bed where waste water filters into the ground is shown on Tuesday, Oct. 21, 2014, at the Lake George Waste Water Treatment Plant in Lake George. (Megan Farmer - mfarmer@poststar.com) 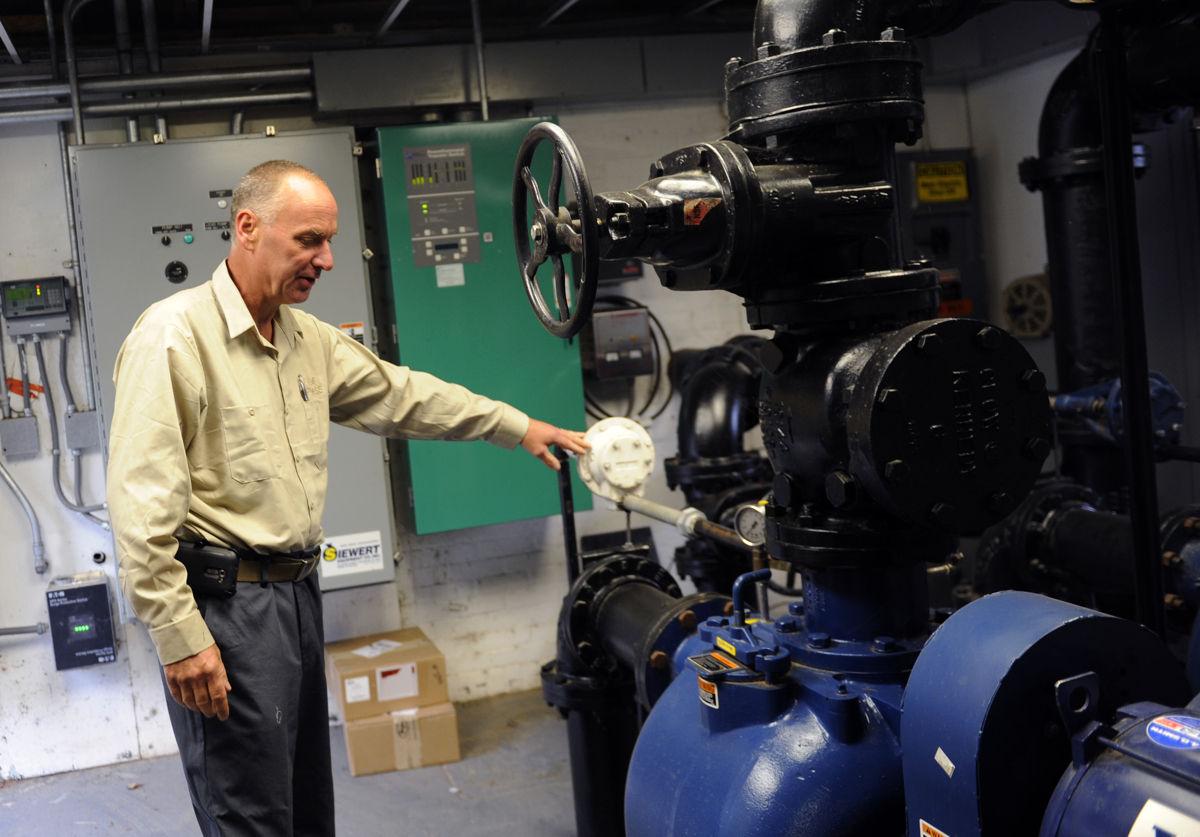 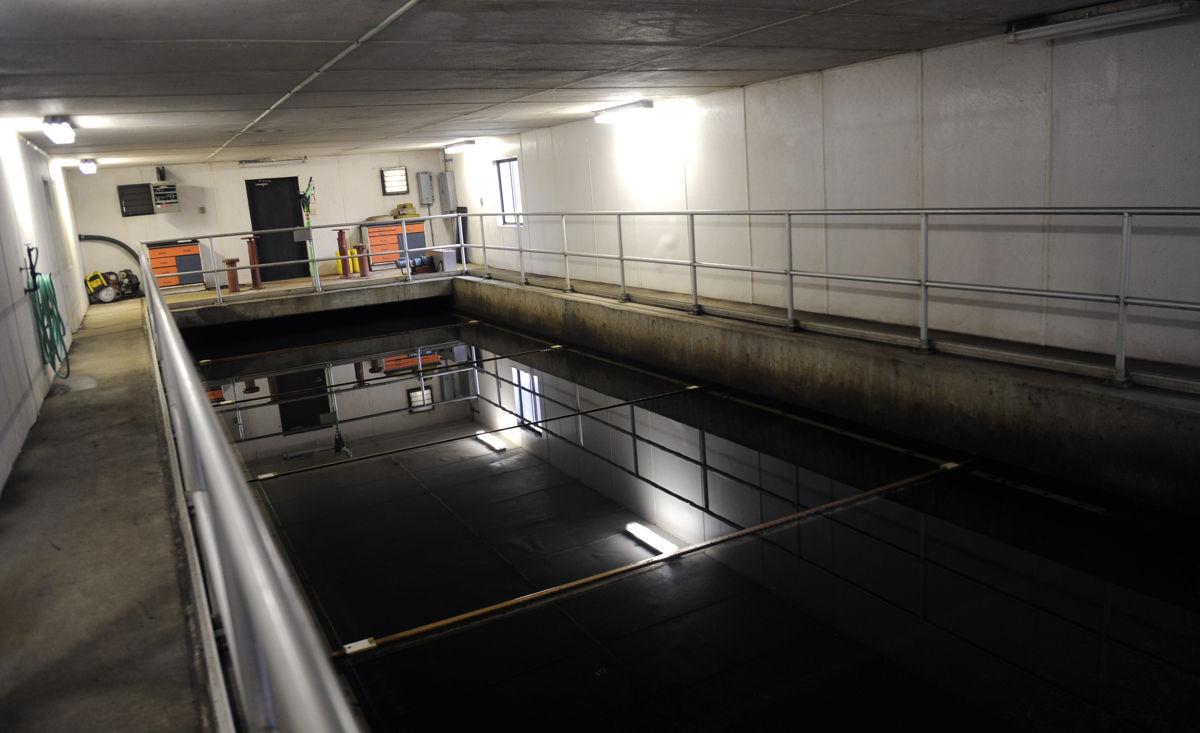 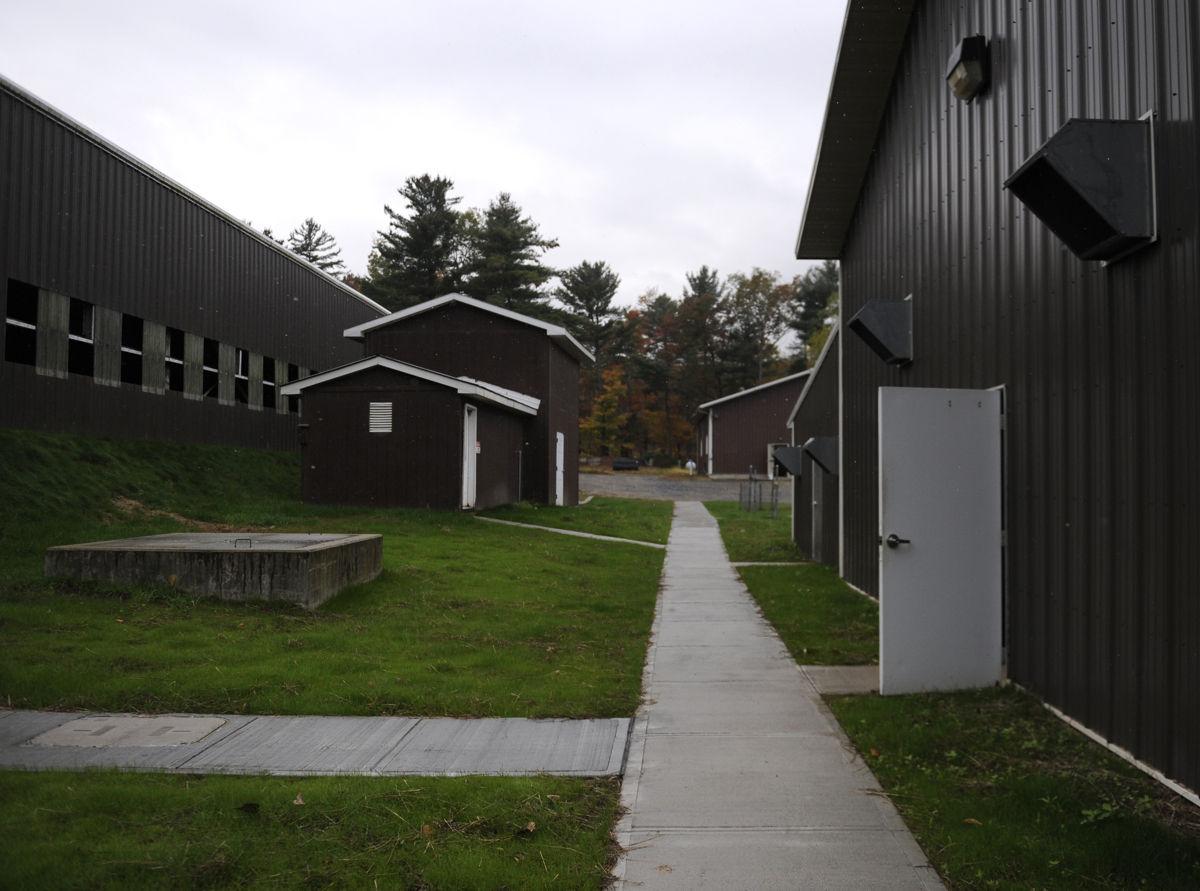 LAKE GEORGE — Ideally, you can flush and forget. But in Lake George the antiquated sewer plant’s failure to meet state standards has had researchers sounding the alarm about pollutants for a decade.

“We’ve been raising this issue since 2004-05,” Lake George Waterkeeper Chris Navitsky said of the level of nitrates found in the wastewater treated by the plant.

For years, the village’s former plant operator, Reggie Burlingame, falsified reports on the plant’s discharge of nitrates into groundwater, which can make its way into tributaries that feed into Lake George.

From at least 2007 to 2011, Burlingame was occasionally reporting incorrect numbers for nitrate discharges, according to a recent state Department of Environmental Conservation consent order, which made the problem seem less severe than it was and made it more difficult to find a solution.

“He didn’t falsify every single one. He just made it seem like it was less than it was,” said village Mayor Robert Blais.

Burlingame died in 2012, and the road leading to the plant was dedicated to him. The new operator took over the plant in 2011. According to the consent order, the village exceeded the daily maximum limit for nitrate discharges in 29 out of 32 months during the most recent monitoring.

The village was fined by the state for the excessive discharge and is now under a state order to remedy the problem.

“We knew it was coming,” Blais said of the order.

Excess nitrates — there are many sources other than the discharge from the Lake George plant — can pose health risks and provide nutrients to feed algae, including some toxic varieties. Were Lake George, which is a source of local drinking water and the region’s biggest tourist draw, to become clouded by algae fed by nitrates, that would be a crisis for the entire region.

Now the question is whether the best course will be to retrofit the Great Depression-era sewer plant or build a new one at a price tag of $5 million to $10 million.

Another looming question is where to build a new plant, since it will need to remain operational during the construction period, and 28 sand beds into which the treated wastewater is discharged are sprawled around the property on 1 Treatment Road off Birch Avenue.

“We’re kind of looking at the big picture now. There’s no sense in putting Band-Aids on a 1930s plant and not solving the problem for good. There is technology out there now that’s guaranteed to do it,” Blais said.

Following the state order, the Village Board decided to contract for up to $30,000 for an engineering report on the plant.

If a new plant is needed, Blais said, the village is in talks with property owner Joe DeSantis to buy land next to the plant.

If nitrates make it into a drinking water source such as Lake George, one of the most severe health effects that can result is blue baby syndrome, which causes shortness of breath and can be fatal. The syndrome occurs in infants younger than 6 months who drink water containing nitrate levels higher than the maximum set by the Environmental Protection Agency.

Few adverse health effects have been found for healthy adults who consume large amounts of nitrate, which is found in foods, too, but which exits the body in urine.

Studies have shown links between high levels of nitrate and gastric problems, though, and some nitrate compounds have been shown to cause cancer.

Nitrates can invade drinking water from various sources, including runoff from fertilizer, leaking septic tanks and erosion of natural deposits, according to the EPA’s website.

In recent years, the village has spent roughly $2.2 million on upgrades to the plant, including replacement of sand in the beds where treated wastewater is pumped and construction of a new septic hauler receiving station.

Operator Tim Shudt said the sand beds were mismanaged. The treated wastewater should filter through them and percolate into the ground. Instead it sits on top of them, green with algae.

“I think there was hope the beds could be used for treatment, and that just can’t happen,” said Navitsky, the Lake George waterkeeper. “You need a nitrification and denitrification process. You take the ammonia (from waste) to nitrates and the nitrates to nitrogen gas. They only have that first process.”

Shudt said about another $2 million went toward pump station and infrastructure improvements like slip-lining pipes to fix cracks and keep groundwater from getting in and increasing flows.

In July, the state Department of Environmental Conservation placed the village under the consent order.

The total penalty was $19,420. The village was ordered to pay $3,900 within 60 days, with the remaining $15,520 suspended, provided the village follows a compliance schedule.

It was a footnote in the consent order that made it clear the village, in the past, was working with the wrong data while trying to find a solution to its nitrate discharge problem.

The footnote states the falsified discharge numbers were first discovered in February of this year by the plant operator who took over in 2011.

“The gentleman who did it passed away and he was our friend for years,” Blais said. “We’ve been right out there trying to do this and get it fixed.”

Now some local clean water advocates are pushing for a moratorium on hookups to the plant to keep the nitrate flow as low as possible.

“They’re continuously exceeding the allowed nitrate limits. Let’s hold things as they are right now and allow what is broken to be fixed and move forward from there,” he said.

Blais said he would favor a moratorium if it’s proven to him that it’s necessary. He suggested the town and village boards meet jointly to hear arguments.

Blais said he doesn’t know of any large-scale projects on the horizon other than the Marriott, which already has its approvals and will not likely open any sooner than summer 2016. Blais noted the Marriott will be constructed where four restaurants once operated, so the increase in flow isn’t as stark as if it were built on vacant land. Navitsky said if the village builds a new plant, construction probably wouldn’t be finished any sooner than 2017.

Blais said new development is important to offset the cost of a new plant.

“The Marriott Hotel and the Surfside projects will bring more assessed valuation to the village than we’ve had in the last 15 years,” he said.

A committee formed as part of the village’s response to the consent order is about six months into an 18-month study, collecting data from seven sites, including four from West Brook and three from seepage areas fed by groundwater that includes water from the plant.

“There’s only so much we can say, and if people don’t want to listen to what we have to say, we just have to keep doing our job and show through the results of the study that this is wrong,” said Jim Sutherland, a well-known consulting hydrologist on the committee.

“The samples that we take from the seeps, we’ll compare them to West Brook where we check the nutrient levels — the phosphorous, the nitrates and the chlorides. We’ll determine the potential influence from the plant to this seep and ultimately to West Brook,” Navitsky said.

“We need to do some testing to find out exactly where the groundwater is going,” Blais said.

Navitsky, also a committee member, said the additional monitoring wells are needed to get an idea of where the seepage from the plant starts. The committee also wants to drill a “control well” south of the treatment plant to understand groundwater conditions before it’s mixed with discharge from the plant.

“We can’t say that for sure because we don’t have any wells that are used as control wells. It’s actually critical for this study, but there’s definitely an influence of the sewage treatment plant on West Brook,” Sutherland said.

Blais said there is no evidence the Lake George plant is what is causing the nitrate problem in the lake.

The Fund for Lake George Water Quality Outreach Coordinator Corrina Parnapy, who analyzes algae samples, found that West Brook from Route 9 south is “smothered in an algae bloom.” She has found a species there called vaucheria, which will dominate blooms in areas of high nitrogen, she said.

She has been analyzing samples of algae within Lake George and the streams that flow into Lake George since 2008.

The types of algae can tell her a lot about what’s feeding their growth. She said with low sunlight in the woods, she has no doubt the plant discharge, filled with nitrates, is feeding algae growing in West Brook and seepage areas.

“While we do have forms of blue-green algae (cyanobacteria) that have the potential to cause toxic conditions, there is no known case of them doing so within Lake George,” Parnapy said. “All that would be needed for them to form a toxic bloom is excessive amounts of nutrients. Most forms of cyanobacteria love nitrogen.”

A committee formed in Lake George village to study the environmental effects of wastewater is about six months into an 18-month study, collect…

An aerial view of Lake George Waste Water Treatment Plant is seen. The plant is discharging high levels of nitrates, which is causing an algae bloom in West Brook and is suspected of increasing levels in Lake George.

A sand bed where waste water filters into the ground is shown on Tuesday, Oct. 21, 2014, at the Lake George Waste Water Treatment Plant in Lake George. (Megan Farmer - mfarmer@poststar.com)