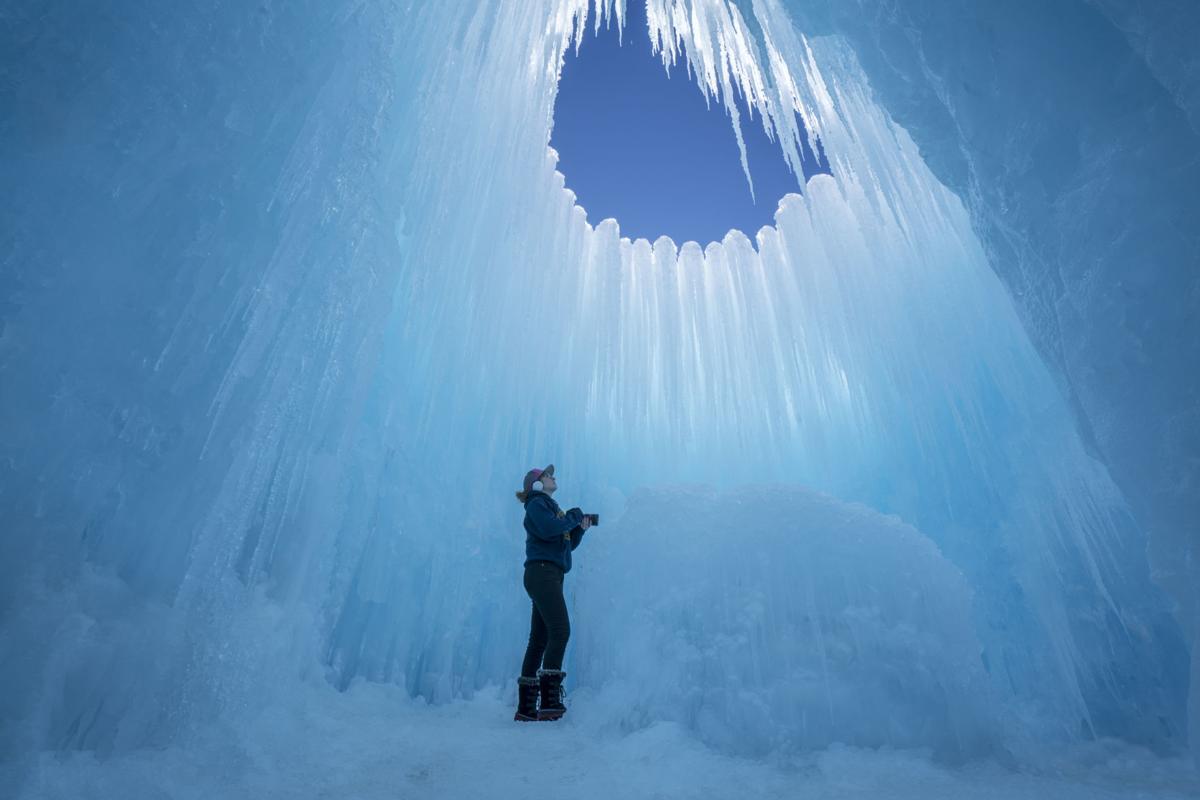 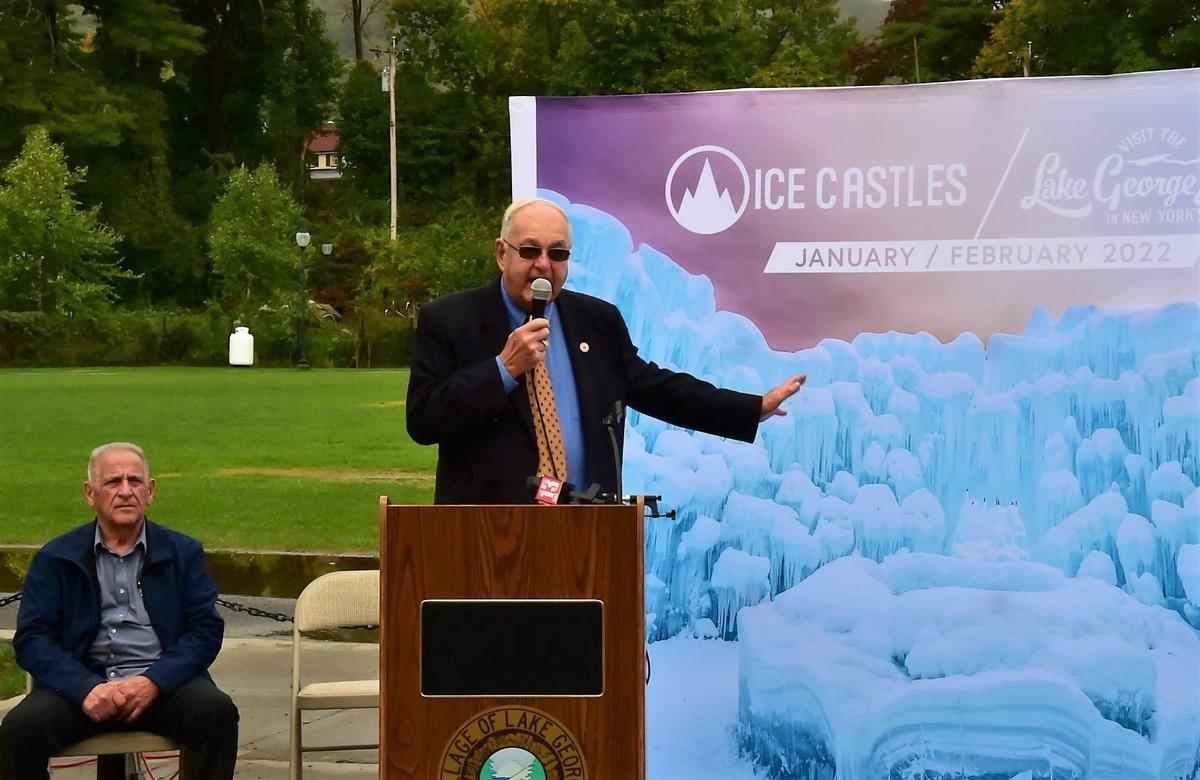 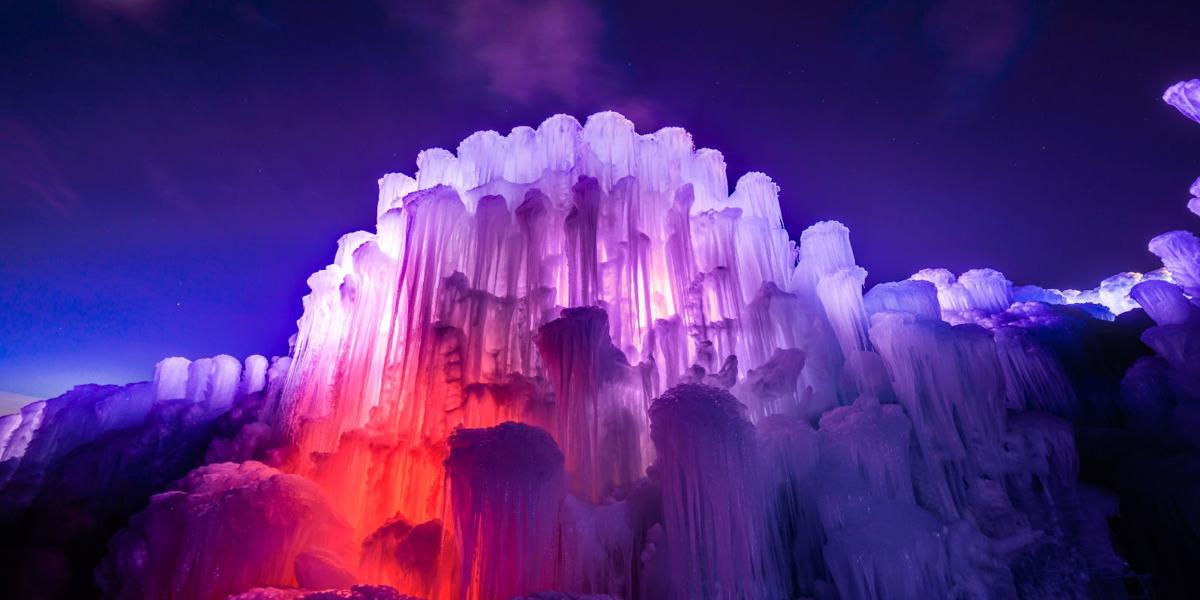 An attraction called Ice Castles is coming to the Charles R. Wood Festival Commons in Lake George next year. Seen here is a photo from one of the company's other locations in the country. 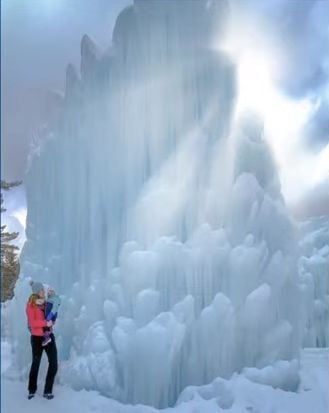 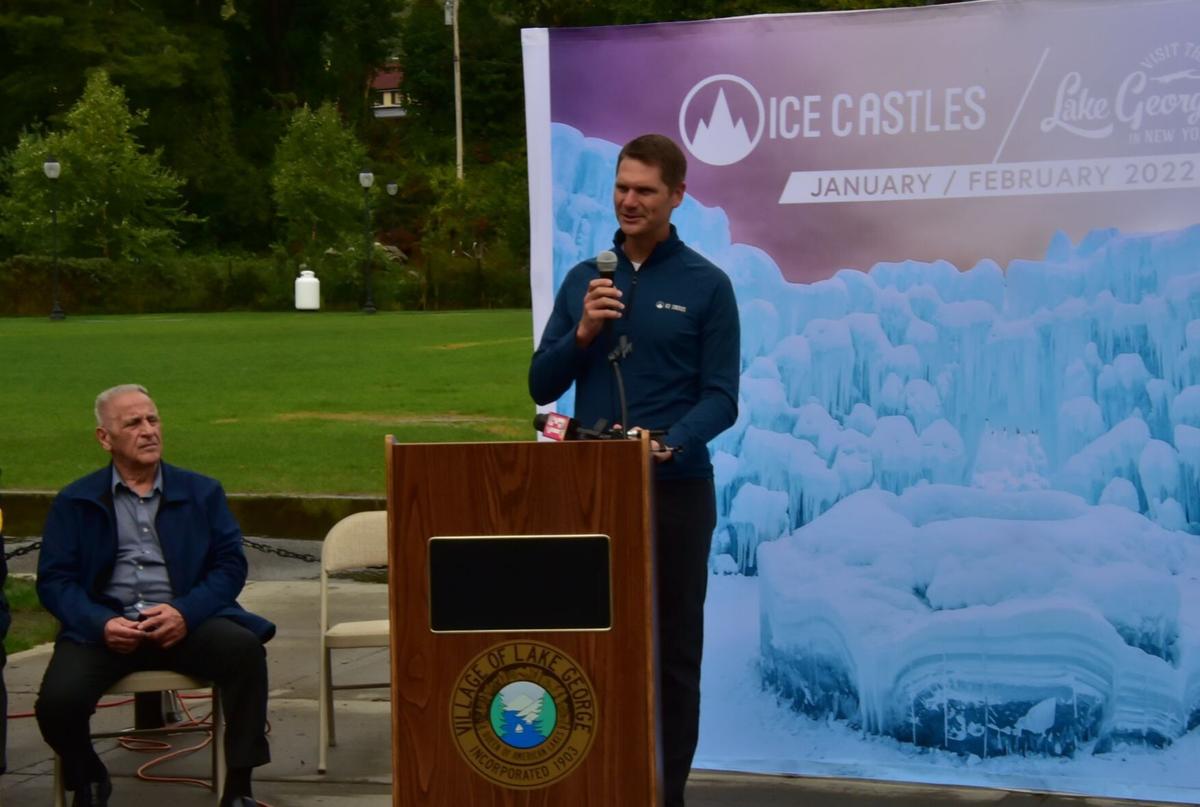 The attraction, which is coming to the Charles R. Wood Festival Commons in Lake George this winter, consists of icicles shaped into tunnels, slides, fountains and other sculptures.

Standifird said people can get two totally different feelings looking at the sculptures during the daytime and when they are illuminated at night. Children can pretend they are Elsa’s ice palace from “Frozen” or Superman’s Fortress of Solitude.

“It just allows the imagination to run wild,” he said after a news conference on Tuesday to welcome the event.

Ice Castles will have locations in New Hampshire, Wisconsin, Minnesota, Utah and Colorado. Standifird said the company could not be more excited to bring the attraction to Lake George. He said Ice Castles was “energized” more it learned about this community and the collaboration between the public and private sectors.

Standifird said workers will begin prepping the site in the next week or two.

Assuming the weather cooperates, he said they should begin sculpting the icicles around Thanksgiving.

Standifird said designers start with an outline of where the caverns, tunnels, slides and other attractions will go. The exact shape of the castles kind of evolves organically.

“It’s really fascinating to see how Mother Nature makes it happen,” he said.

The walls of the castles are about 12 to 25 feet tall, according to Standifird. They are about an acre in size and consist of more than 25 million pounds of ice.

He said the goal is to be open by New Year’s. The attraction would be open into March before shutting down.

Ice Castles has a one-year agreement with the county, but Standifird said their intent when they come into an area is to commit for multiple years.

Local officials have called Ice Castles a game-changer in the goal of increasing year-round visitors to the Lake George area.

Lake George Mayor Robert Blais said the village and county had a dream to use the Charles R. Wood Park to attract events and make the area a year-round destination.

“Our goal was to extend our season in the spring and the fall and we never dreamed, or never thought about, the winter then. Today we welcome Ice Castles USA and today we make this dream come true,” he said.

Blais said he hoped other businesses would stay open during the winter.

The company plans to pay $50,000 to Warren County to lease the property for six months. That would help cover the county’s costs for water and electricity. The county is giving $50,000 to Ice Castles to assist with marketing expenses.

Jared Henningsen, vice president for events, said at a special roundtable on Tuesday afternoon that the business was started in 2011 by Brent Christensen. He had moved from California to Utah and wanted something for his children to do. Christensen used the water sprinkler to spray his children’s play set with ice and it was very popular with not only his children, but for the neighborhood.

During the third year, a local ski resort asked him to do it for the public as a whole and the business was started from there. The Ice Castles locations have attracted 4 million visitors since 2011.

Henningsen said it is a meticulous process that involves growing icicles of different lengths in a field and harvesting them. Then, they are hand-placed in different locations. It is a very labor-intensive process requiring about 20 to 25 builders.

Ice Castles will be open five days a week, according to Henningsen. It will be open weekends from noon to 10:30 p.m. or 11 p.m. and Monday, Thursday and Friday from 4 p.m. to 9:30 p.m. The business would be closed Tuesday and Wednesday.

Ticket prices vary depending on whether it is a weekday or weekend and by method of purchase. It would be $15 to $30 for children and $20 to $35 for adults.

Ice Castles is anticipating more than 90,000 visitors. Henningsen said they are targeting the markets of upstate New York, New York City metro area, Boston and Canada if the cross-border travel is allowed.

These visitors are expected to generate more than $4 million in other spending including at lodging establishments, restaurants, shops and other tourist attractions, according to Henningsen.

Tickets will go on sale in early December. It will be a hot ticket.

“Most locations, within a week are pretty much sold out. It goes fast,” he said.

Henningsen said they plan to offer discounted tickets for Lake George area residents for a set day or series of days, so local people will be able to see the attraction.

County Tourism Director Joanne Conley said she is “channeling her inner love for winter” and wishing for cold temperatures.

“It’s hard for me to contain my excitement. We’ve been working on this with local chambers of commerce, different communities and the county for the last three years, and it’s finally come to fruition. Now we just need to Mother Nature to cooperate,” she said.

“Lake George is often referred to as the Queen of the American Lakes. Now the queen will have a castle right at Festival Commons,” Conley added.

In addition to this attraction, Conley said the Lake George Winter Carnival will return for its 60th season and the Winterfest event will be back for its second season.

This is in addition to all the outdoor recreation such as snowmobiling, snowshoeing and skiing that the region has to offer, she added.

Rachel Seeber, chairwoman of the Warren County Board of Supervisors, read some of the reviews she found online. One woman said she wanted to see every location after visiting one Ice Castles and another thanked all the organizers who put it on.

“We want to thank you for being here,” Seeber said.

“Let the fun begin,” she said.

Lake George Village Mayor Robert Blais talks about the impact that the Ice Castles event will have on making Lake George a year-round destination.

Rachel Seeber, chairwoman of the Warren County Board of Supervisors, speaks at a news conference on Tuesday at Charles R. Wood Park to welcome…

A “winter wonderland” attraction may not be coming to Lake George because of concerns that the weather may be too warm.

Report: Returning Syrian refugees at risk of abuse from government

An attraction called Ice Castles is coming to the Charles R. Wood Festival Commons in Lake George next year. Seen here is a photo from one of the company's other locations in the country.