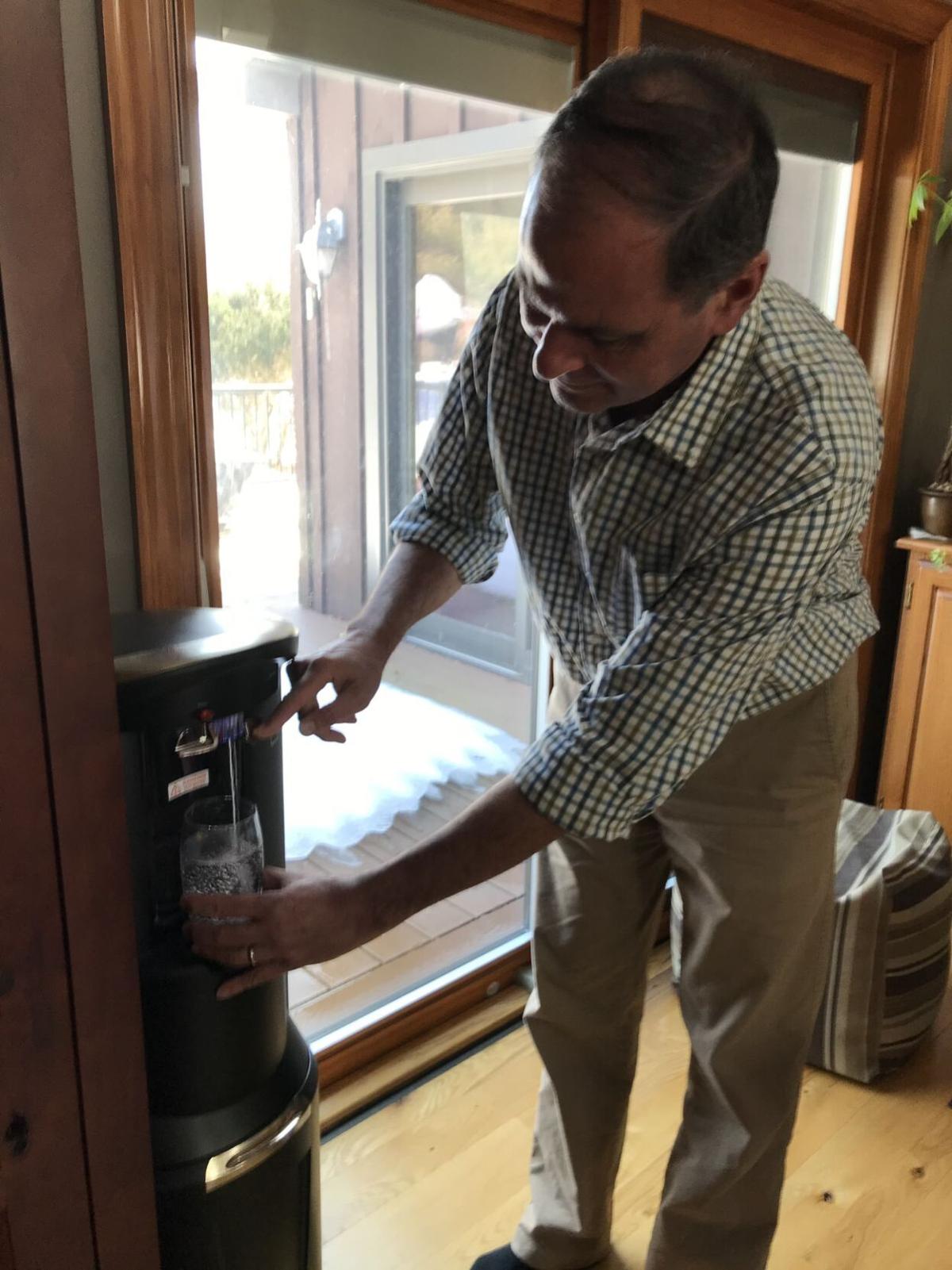 Noel Harding of Queensbury demonstrates the water cooler provided by the state because his drinking water is unsafe. 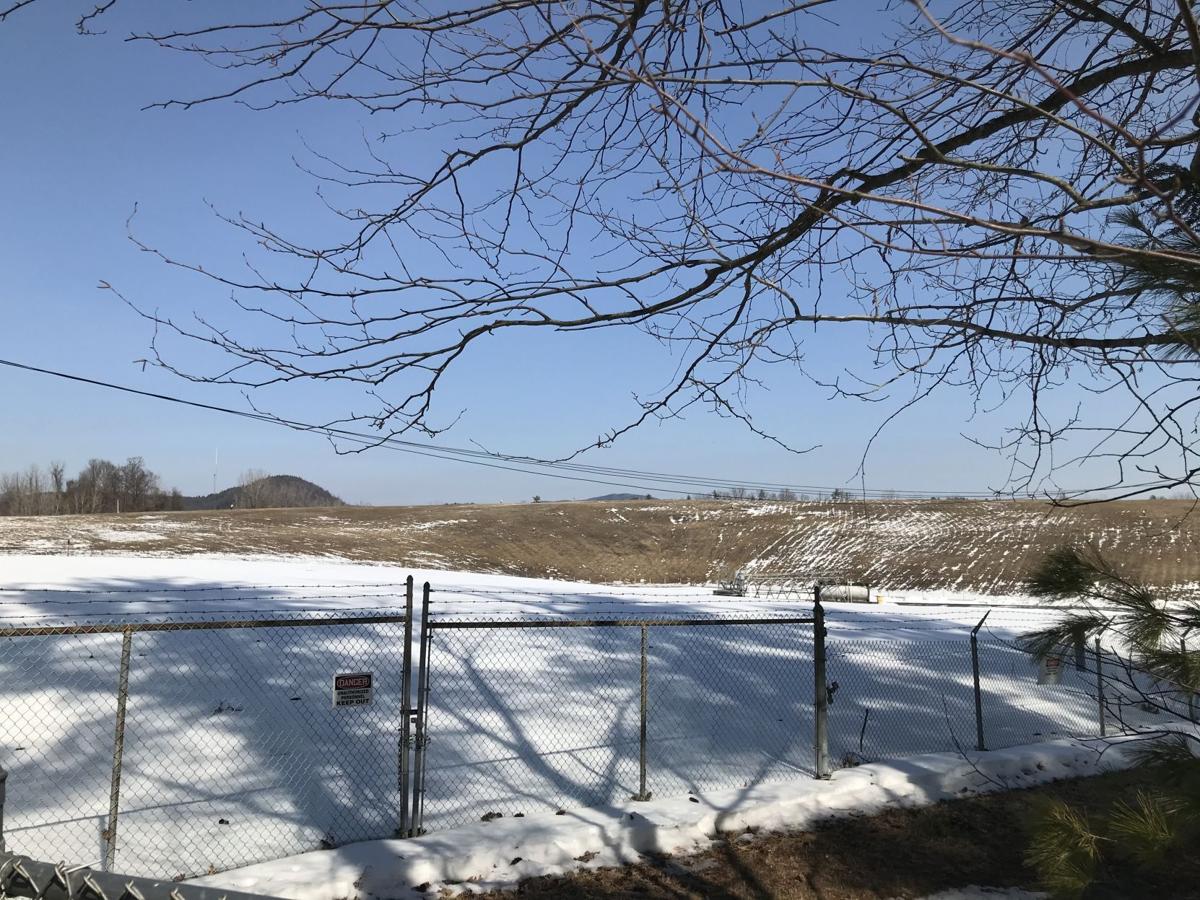 The town of Queensbury landfill off Jenkinsville Road. Tests at the landfill showed high levels of PFAS and 1,4-dioxane, so DEC tested nearby residential wells and found that five were contaminated. 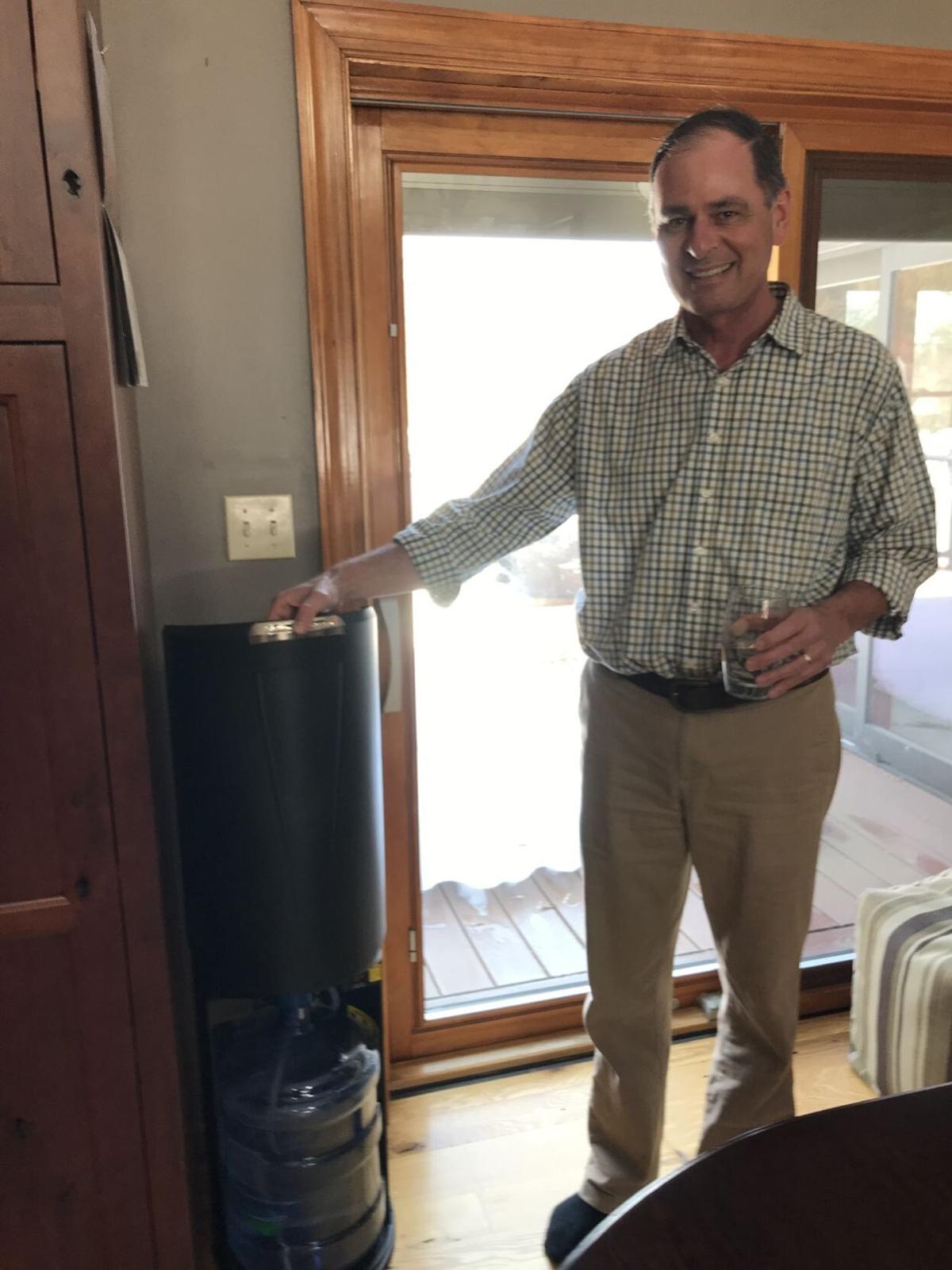 Noel Harding of Queensbury demonstrates the water cooler provided to him by the state because his drinking water is unsafe.

QUEENSBURY — Wendy Mitchell bought her house on Azure Drive 21 years ago. As a single mom, she paid off the house. It was her only investment.

Now her neighbors have learned that their well water is contaminated with PFAS and 1,4-dioxane, which the state Department of Environmental Conservation believes is coming from the nearby town of Queensbury landfill.

Contamination was discovered there in January 2020, and then DEC began testing wells in the vicinity to investigate the extent of the issue and whether the situation needs a Superfund declaration and cleanup.

Mitchell’s water is getting tested Monday, five months after she asked for a test.

The DEC is sending letters to those whose houses it determines should be tested; people can’t call to simply get a test.

“I feel like crying. I spent my life paying for this house and now it’s worthless,” she said Wednesday. “Nobody’s going to buy a house that doesn’t have water.”

She had planned to someday sell her house to finance her retirement.

As she spoke, she got angry.

DEC found the contamination in January 2020, but that was not made public at the time. Three years before that, monitoring wells were dug at the landfill. It seems to her that town officials have known about the water situation for some time.

“And they never told us,” she said. “They let us keep drinking it. Here we are with all this contaminated water — it’s pissing me off.”

Town Supervisor John Strough told homeowners Monday, when they asked about the situation at a Zoom Town Board meeting, that two other nearby landfills could be to blame.

On Tuesday, in response to a request for comment, he told The Post-Star to contact DEC. On Wednesday, he did not return a call from a Post-Star reporter seeking comment.

Five neighbors have contaminated wells so far, and the state Department of Health has contracted with bottled water suppliers to deliver monthly shipments of 5-gallon jugs.

One neighbor on Wednesday was philosophical about the situation, saying, “It is what it is.”

But other neighbors are organizing to get town water.

Noel Harding found out about his contaminated well in December. He agreed to let the state test his water. After state officials got the results, a state worker called him and told him to stop drinking his water.

It’s been a surreal experience.

He’s using eight to 10 jugs a month now, for cooking and drinking. But he and his wife still shower in their well water and use it for other tasks, like washing dishes. They plan to water their garden with it. They’ve asked DEC if those activities are safe, but no one knows, he said.

“We use well water to clean the dishes. Is that a problem?” he asked. “How do you rinse your vegetables? We fill a cup (from the water cooler) and then pour it over the vegetables.”

Not every well is contaminated. Out of the first 20 wells tested, five were contaminated. But that bothers Pat Mitchell, a civil engineer. He has mapped out the groundwater and the houses, trying to understand why some wells could escape contamination. He wonders if some wells were tested at the wrong time.

“The groundwater (depth) fluctuates throughout the year,” he said.

He’s about to start asking neighbors how deep their wells are, to get a better sense of the problem, he said.

In the meantime, the state has sent a water testing company to collect samples from a few wells at a time, every few months.

“There’s no sense of urgency,” he said.

His wife Wendy said she was in despair.

“We can’t afford a lawyer,” she said.

Her husband added, “We say that, but we can’t afford to not get a lawyer.”

Noel Harding of Queensbury describes why he wants drinkable water.

The town of Queensbury’s closed landfill appears to be leaking toxins into nearby residents’ wells, and the Department of Environmental Conservation is considering declaring it a Superfund site.

Showering and watering gardens are safe with the contaminated water found in wells in Jenkinsville, the state Department of Health said Thursday in response to residents’ concerns.

The source of the 1,4-dioxane that has led to the state providing bottled water to some residents appears to be solidly on town of Queensbury property.

Residents near the town of Queensbury landfill on Jenkinsville Road are taking matters into their own hands when it comes to their drinking water.

The Queensbury Town Board is turning to a geologist for help understanding the well contamination near Jenkinsville Road.

On April 19 at 7 p.m., officials from the Department of Environmental Conservation will directly answer questions about the Jenkinsville water contamination.

Noel Harding of Queensbury demonstrates the water cooler provided by the state because his drinking water is unsafe.

The town of Queensbury landfill off Jenkinsville Road. Tests at the landfill showed high levels of PFAS and 1,4-dioxane, so DEC tested nearby residential wells and found that five were contaminated.

Noel Harding of Queensbury demonstrates the water cooler provided to him by the state because his drinking water is unsafe.