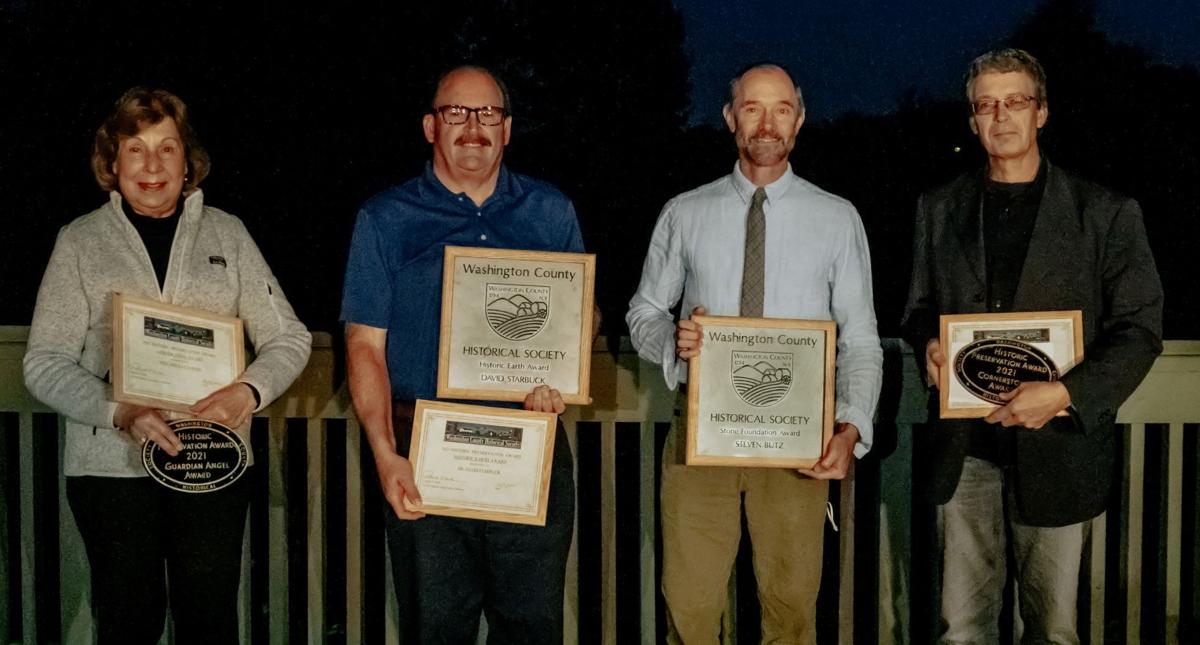 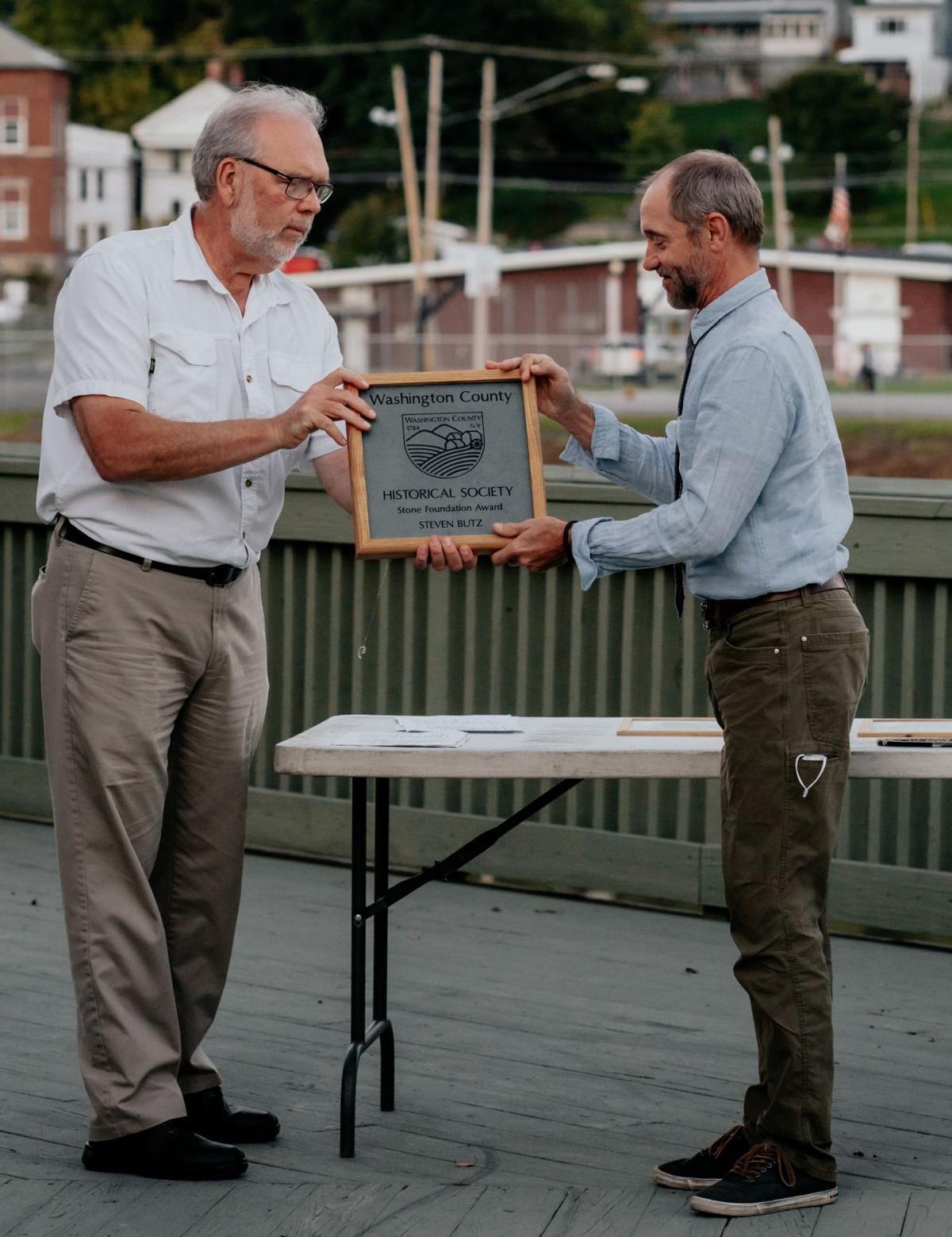 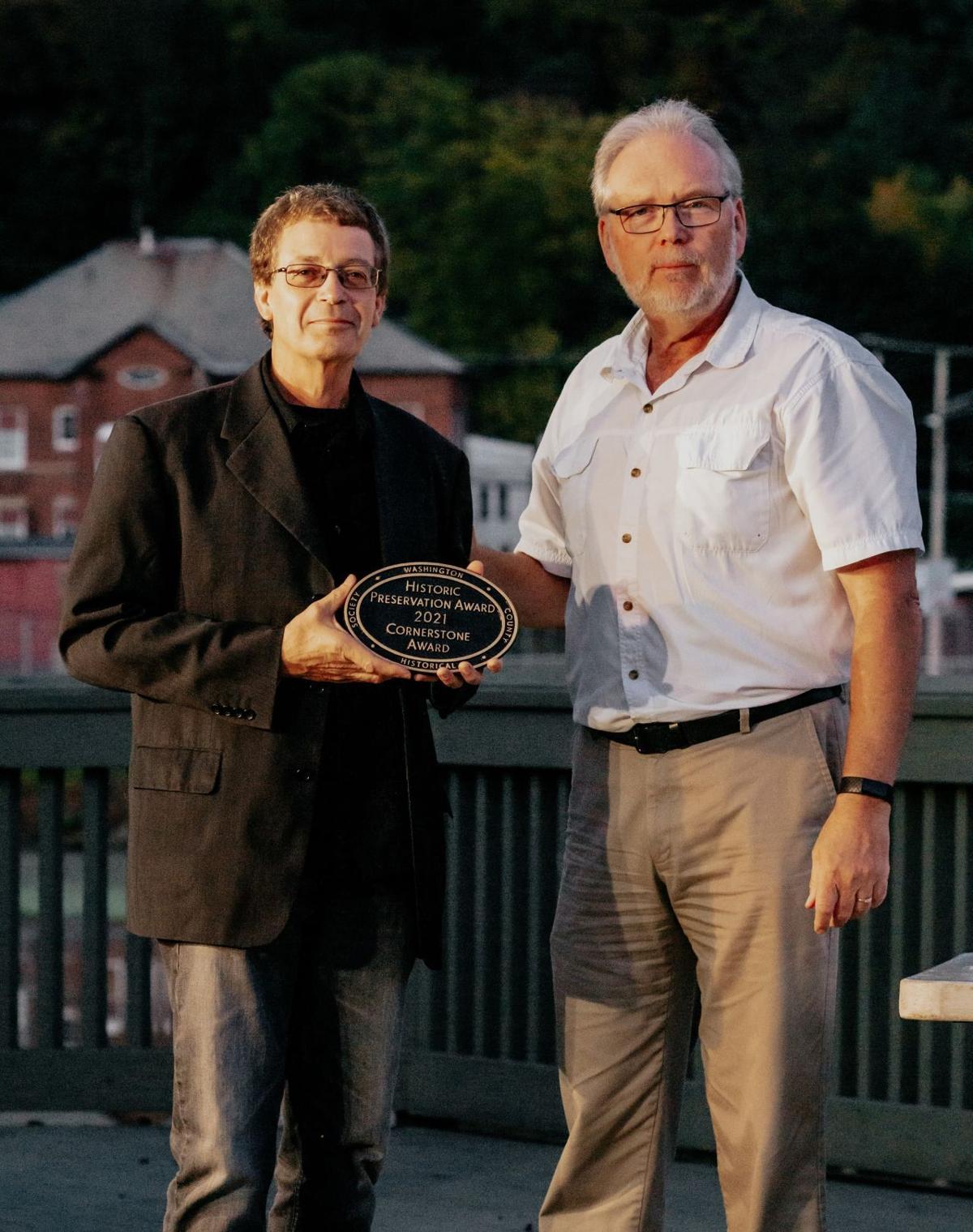 WHITEHALL — The Washington County Historical Society presented the third annual Historic Preservation Awards during an outdoor ceremony Oct. 7 at the Whitehall Pavilion along the Champlain Canal.

The committee selected four award winners in the areas: archaeology, education, preservation of historic site and rehabilitation of a historic community structure.

Cambridge teacher Steven Butz excavated Daniel Shay’s settlement on Egg Mountain outside of Salem. The project provided new knowledge of Shay’s Settlement and its role in American history. More than 100 students participated in the archaeological field schools, learning such skills as surveying, mapmaking and digital imaging.

Kay Tomasi and her family renovated their family business Jacko’s Corner in Salem back to the 1920-1940s motif. Jacko’s had not been used as a candy store since the 1980s and needed extensive repairs. The Tomasi family decided to restore the building to its former glory, including the Wurlitzer jukebox. Jacko’s will be used in the near future as a wine bar.

The Strand Theatre in Hudson Falls has been restored and renovated back into a 1920s-style movie and performing arts theater. The theater was taken over by the town of Kingsbury in the mid-1960s and remained as offices until the early 2000s. The Strand was purchased by the nonprofit Hudson River Music Hall Productions Inc. in 2016. CEO Jonathan Newell accepted the Historic Preservation Award, crediting the community volunteerism and support for the successful renovation.

David Starbuck, who died in December 2020, was an archaeologist who worked on digs in the Lake George Battlefield Park as well as other sites in the area. Starbuck trained scores of students and local volunteers. Ed Carpenter, chairman of the Rogers Island Visitor Center, accepted the award on Starbuck’s behalf.