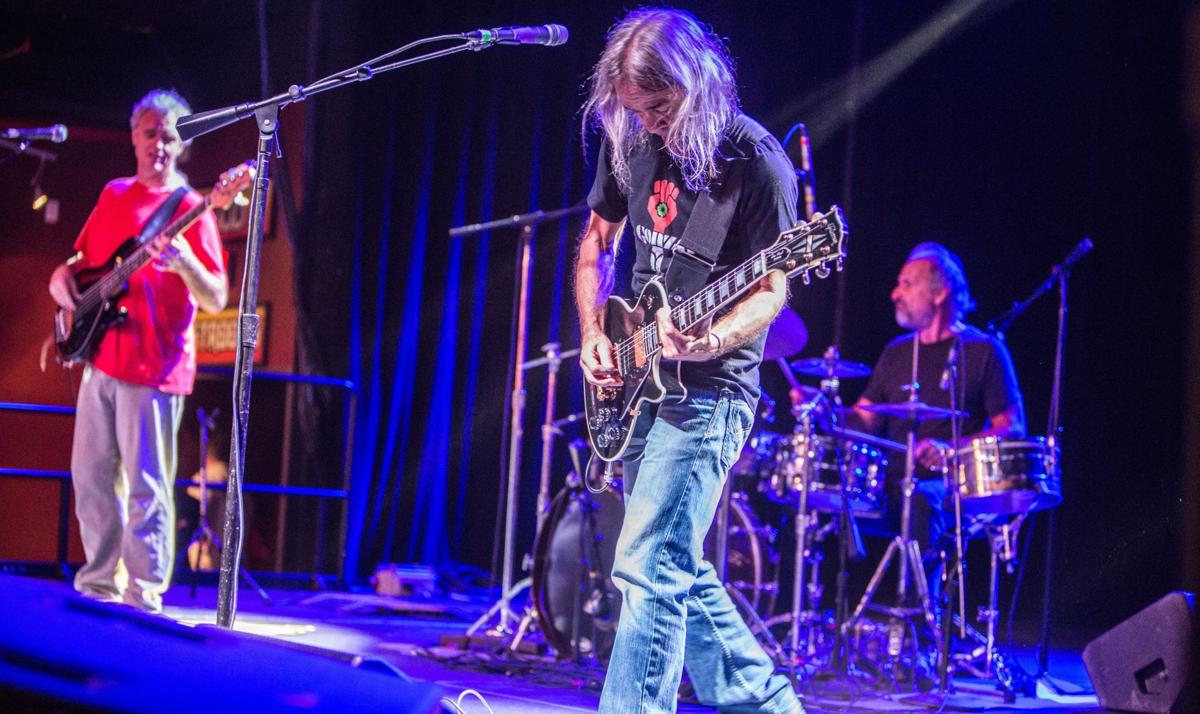 Tim Reynolds has played his guitar with the Dave Matthews Band in stadiums across the globe. He will be playing at The Strand Theater in Hudson Falls on Jan. 22. 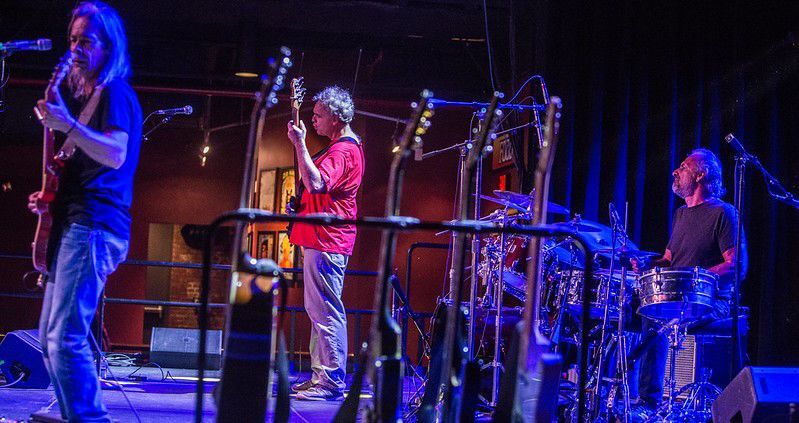 Tim Reynolds has played his guitar with the Dave Matthews Band in stadiums across the globe in front of literally millions of fans.

He frequently pops up on all-time-greatest-guitar-player lists among guitar gods like Eric Clapton, David Gilmour and Jimmy Page — and DMB fans consider him royalty.

So the fact that he’ll be playing to barely hundreds in The Strand Theatre in Hudson Falls on Jan. 22 is a bit of a coup for General Manager Jonathan Newell.

It’s also just a continuation of a stream of longtime guitar rockers to grace the stage since its rebirth as part of its “Guitar Masters Series.”

Reynolds will join guitar legends Albert Lee, who played with Clapton, and Martin Barre of Jethro Tull, to grace The Strand stage.

And in May, Ace Frehley of the legendary band KISS will be in town.

Newell said these rockers initially agree to play The Strand thinking it’s this quaint, interesting venue. Then they get blown away by the acoustics and the feel of the place and come back.

Barre will be playing his third Strand show, and Lee will play his sixth.

“It’s a really good sounding space,” Newell said. “And once they get here, they really feel a grateful community too.”

Reynolds, reached via phone on Tuesday, said he’ll be playing with his side band, a trio known as TR3, and the audience will be treated to something pretty different from DMB.

“We do a lot of different music, from power trio rock to odd covers. We’re doing a Doors song, and (David) Bowie,” he said.

Reynolds said what people won’t hear are Dave Matthews songs. He said a lot of artists play songs from the band they got famous with when they do solo projects, but he said he has a lot of different music in him to get out.

The tour is in part to support the trio’s latest album, “Wild in the Sky,” which will be released on Friday. Although there is a fair amount of “shredding” on it, Reynolds said his favorite track, “On this mountain, born in clouds” is a little more melodic.

As the talk turned to Pink Floyd a little, it led to thoughts about how David Gilmour’s guitar was almost like another voice.

“My ultimate goal is that — singing with my guitar,” he said.

Although fearful of getting out on the road during a pandemic, which might require them to eat dinner in the van and in green rooms, he said the desire to play is too great to not try.

He also talked about the differences between playing for 70,000 people in a stadium and a couple hundred in a small upstate theater. The musical connections can be the same, he said, although the huge venues at times were more daunting.

As the years went by and the stadium shows became more commonplace, he said the nerves turned to “inspiration.”

“When we played in Portugal, the people loved us so much it makes you cry,” he said.

But the closest people to you are several feet away and several feet below the stage, he said, whereas venues like The Strand, they may be an arm’s length away.

“And that’s a real intimate thing, even if the music isn’t that intimate,” he said. “It’s cool being in a rectangular room.”

Dan Biddiscombe, a Dave Matthews Band super fan who has seen 109 shows, called Reynolds the “unsung legend of the whole band” and a “musical god.”

“His skill level is just off the charts,” he said. “To have him be in our hometown here in this beautiful venue is pretty cool.”

Unfortunately, Reynolds is playing on Biddiscombe’s birthday weekend and he made plans to be in New York City. As fate would have it though, Reynolds has a gig in New York when he’s there and he plans to see him there.

Newell said he loves how The Strand is getting on the map among rock stars like Reynolds, Frehley, Barre and Lee and he loves the momentum of the theater.

He said a lot of the artists playing The Strand have played the stadiums, but are basically getting back to the roots of why they started playing music in the first place and The Strand offers an acoustically great venue for that.

“When John Waite was here, he stopped in the middle of his sound check and he’s like ‘this is a great sounding room.’ These guys are all saying that and I don’t even know how,” he said.

A limited number of tickets are still available for the Reynolds show and can be purchased by visiting The Strand website.

A Saratoga Springs woman was arrested on Tuesday after police said she burglarized the office of an apartment complex.

A Queensbury man was arrested on Thursday after an interview with state police regarding a domestic dispute.

Police are investigating the death of a Peekskill man who apparently fell from a cliff in Fort Ann.

The Great Escape Theme Park is looking to change the way guests enter the park this season.

Officials say that alcohol is being investigated as a possible factor in the accident.

Snow blanketed the Glens Falls region on Monday, with the highest accumulations falling in the northern parts of Warren County.

A Wilton woman has been arrested for stealing a vehicle and committing a burglary to a business.

A Hoosick Falls man was arrested for allegedly driving drunk and nearly colliding with a state police vehicle.

Police said a Saratoga Springs man gave a fake name so troopers would not find out that his license had been suspended.

Watch Now: What will it take to keep schools open?

As Omicron Spreads, Americans Are Going To Work Sick

As Omicron Spreads, Americans Are Going To Work Sick

Tim Reynolds has played his guitar with the Dave Matthews Band in stadiums across the globe. He will be playing at The Strand Theater in Hudson Falls on Jan. 22.