QUEENSBURY — To avoid a lengthy and complicated environmental impact review, Great Escape appears poised to find a new location for its 165-foot-tall ride.

The Adirondack Outlaw is proposed to be placed in Ghost Town, near the Steamin’ Demon and the Desperado Plunge. In that area, the town can require a complex and expensive environmental impact review if rides are proposed to be taller than 135 feet.

The review can be ordered if the town Planning Board believes the project has “potential significant adverse impacts.” On Tuesday, the board voted 6-1 to do the review, with John Shafer the only “no” vote. He said he could think of nothing else that the company could review about the impacts of the ride.

Environmental reviews can be huge undertakings, and Great Escape would have to pay for it.

At Tuesday’s meeting, board Chairman Stephen Traver said he wanted to know the species, age and expected lifespan of all trees that block the view of the proposed ride.

And then there’s the wildlife. They’re part of the neighborhood too. Planning Board members said they want to know how the ride’s sudden movements, lights and noise would impact birds, especially a pair of nesting osprey and loons on Glen Lake.

Noise and light are also fair issues for a review to analyze.

This showdown has been 19 years in the making. When Great Escape sought permission to expand in 2000, the town and the company spent more than a year studying how far the company could go without “significant adverse impacts” on the surrounding residential neighborhoods.

The result, in 2001, was a document with a list of measures that the company would take when it hit certain growth measures. The pedestrian bridge was required when traffic reached a certain point. The company agreed to tests of noise in nearby neighborhoods. There were a host of limits, too — one of which was on height of new rides.

Tall rides are allowed in portions of the park. But in Ghost Town, new rides can’t be taller than 135 feet. If a taller ride is proposed there, the Planning Board can do an environmental review to make sure the ride won’t disturb the neighbors.

The Planning Board indicated last month that it would stick to the 2001 agreement, and Traver asked Great Escape if it would consider moving the ride to a different location. Great Escape officials refused, saying that they need to drive more traffic to Ghost Town.

On Tuesday, Traver asked how many rides they had considered that met the 135-foot height limit for Ghost Town. Officials did not have an answer.

He again asked them to consider moving it, but they refused.

Then, after more than two hours of discussion, it became clear the Planning Board was going to require the environmental review. Traver polled the board members before holding a formal vote, and all but one said they would support the review.

“Do I hear the board saying if the ride were in the 175-foot zone, the board would entertain it without a supplemental SEQR?” asked attorney Charles Dumas of Lemery Greisler LLC.

Engineer Frank Palumbo asked whether the board would consider other locations “as an alternative.”

Traver told them to wait until the board finished voting.

It was a long wait.

The board spent the next hour discussing the complex environmental review they would require Great Escape to undertake. Soon they had a lengthy list: the species, age and expected life span of the trees that block the view of most of the ride; the color of the ride (yellow) and whether another color would blend in better; impact on wildlife, including the loons and a nesting pair of osprey; and visual analysis in neighborhoods around the amusement park.

Finally, Traver ended the meeting, but acknowledged that the review he’d just spent an hour planning might not come to pass.

“I think the applicant’s already likely to move it,” he said of the ride.

They took comment from the public as well, although most of the standing-room-only crowd declined comment since it was clear that the board was not going to approve the ride anytime soon.

More than 100 people were in the crowd and more than 30 people stood for the entire meeting, which lasted four hours.

On Wednesday, Great Escape said they still intend to construct the Adirondack Outlaw ride this winter. But they indicated it might not be in Ghost Town.

“We are currently evaluating all our options,” spokeswoman Jennifer Mance said in an email.

Imperial Acres, off Moon Hill Road, received unanimous approval from the Planning Board last week. The board allowed the developer to build a drainage pond at the edge of the property, near an existing home, despite that homeowner's objections.

Following community opposition, Great Escape officials have given up their effort to place a 165-foot-tall ride in Ghost Town.

Good news, Ghost Town lovers: The current Charley’s Saloon is not being demolished after all as plans continue to develop for new ride.

Great Escape has proposed a 165-foot-tall ride in a section of the park where tall rides are specifically forbidden, and neighbors came out in force Tuesday night to criticize that choice.

Great Escape organized a demonstration of how tall a new ride would be and the result was displeasing to some of the amusement park's neighbors.

Tall Great Escape ride to be placed next to Condor

Great Escape is proposing to the Planning Board to move the Adirondack Outlaw ride to another area of the park to adhere to height concerns.

New Great Escape ride will be placed behind Condor, Saloon NOT to be demolished

After an outcry from neighbors, Great Escape has come up with a new location for an especially tall new ride.

Great Escape's Adirondack Outlaw ride has been approved, after it was moved to a new location. 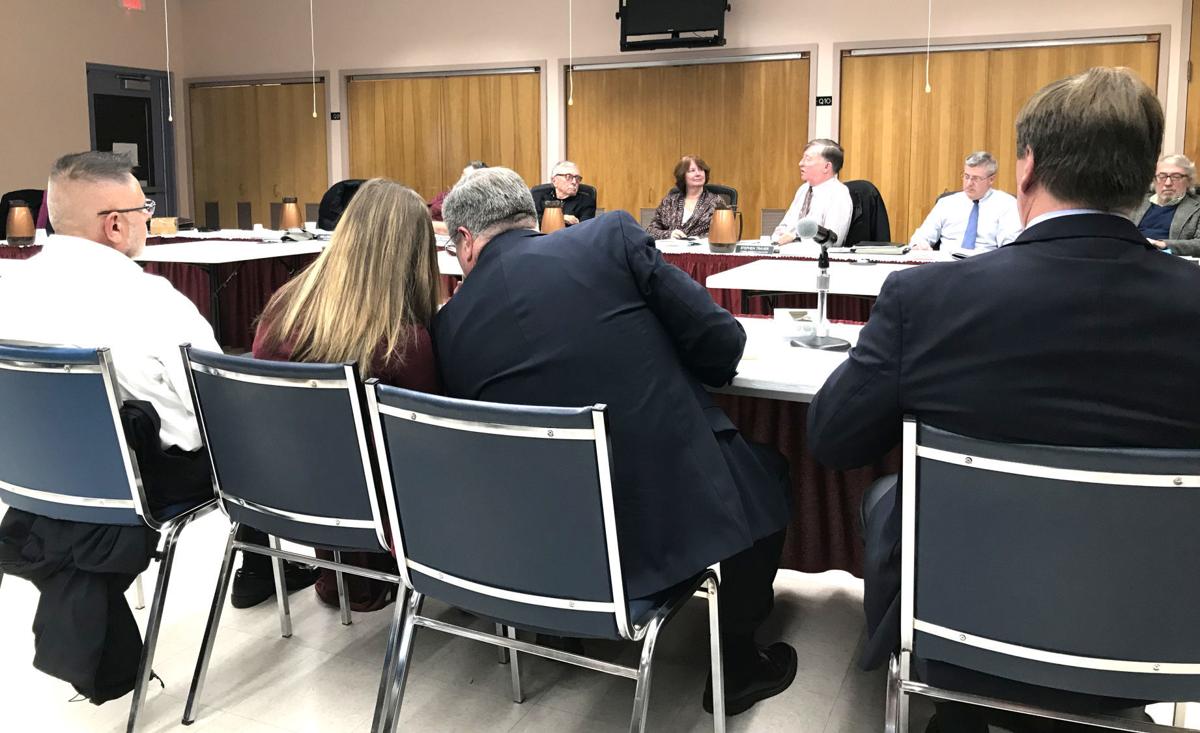 As the Queensbury Planning Board began to vote that the proposed new ride has "potentially significant adverse impacts," leading to a time-consuming and expensive environmental review, Great Escape officials began a hurried whispered conversation before asking the board if they could skip the review by moving the ride. Center right: attorney Charles Dumas whispers to Great Escape Manager Danielle Smith. 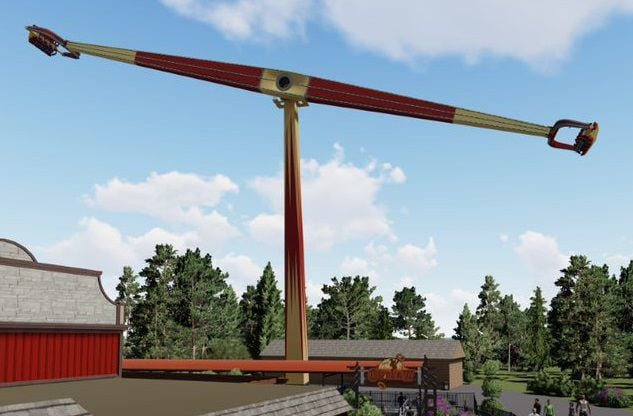 Seen here is a rendering of the Adirondack Outlaw thrill ride that Great Escape wants to add in 2020. The ride is now proposed to be located in the southern edge of the Ghost Town section of the amusement park.