QUEENSBURY — The one Democrat in the running for the appointment to Ward 4 was selected Monday by the Queensbury Town Board.

Amanda Magee, who co-owns Trampoline Design in Glens Falls, was appointed to the Ward 4 seat by a vote of 3 to 1.

“There are people who are going to say I’m being partisan on this vote but I am not,” Ferone said. “Based on my personal experience, with all due respect to Ms. Magee, the individual best for this position is Mr. McNulty.”

Tim McNulty was one of two Republicans asking to be appointed to the Ward 4 seat.

Ferone noted that McNulty, who retired from the Army as a colonel, managed 25,000 people with a $125 million budget.

“I believe I have the responsibility to select the best person for the job,” Ferone said of McNulty.

But he added that he wouldn’t hold that against Magee.

“I will work with and collaborate with Ms. Magee,” he said.

Magee was appointed at the start of a regularly scheduled workshop meeting, at which there usually are no official votes.

But Supervisor John Strough said that board member Tony Metivier would not be able to attend the next board meeting. Without his vote, no one could be appointed unless the other three members, including Ferone, agreed.

While the board could have waited to appoint Magee at the end of July, Strough said he wanted to get her started “sooner rather than later.”

She was sworn in and took her seat immediately Monday.

Strough thanked all the candidates for applying.

But board members wanted to respect the fact that last year, voters chose a Ward 4 representative who was “female and a Democrat,” Strough said.

Democrat Jennifer Switzer resigned in March, citing scheduling conflicts with her new job, which she had taken before the November election.

Magee is planning to run for election this fall. Whoever wins the seat will have to run again next year to win a full two-year term.

Republican Tim Brewer dropped out, which left four people to discuss town issues and their skills at a candidate forum Thursday.

Ward 4 candidates focused on the budget in their first public meeting with the Queensbury Town Board.

After an outcry of complaints, the Queensbury Town Board decided to hold interviews in public with each candidate for the open Ward 4 seat.

Queensbury Town Board urged to be transparent in Ward 4 interviews

The Town Board will not let the public observe Ward 4 candidate interviews, but Supervisor John Strough is now also arranging a public Q&A session.

Queensbury Town Board will interview ward 4 candidates in secret

The Queensbury Town Board will hold interviews in secret with the five people who want to be appointed to the Ward 4 seat.

Travis Whitehead, Tim Brewer, Amanda Magee, Tim McNulty and Brady Stark are seeking appointment to an open position on the Queensbury Town Board.

The Queensbury Town Board held a Zoom meeting at which Democrat Amanda Magee, in pink, was sworn in. 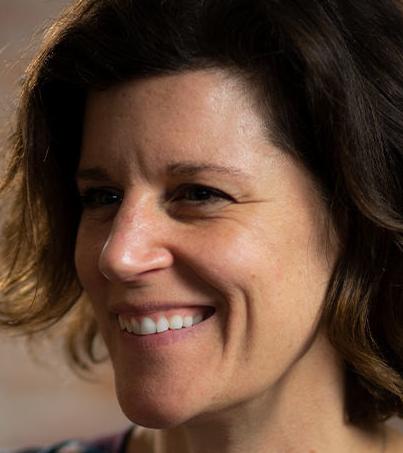