Jordan announced Tuesday that she “has made the decision to not actively campaign” in Republican and Conservative primaries against fellow incumbent James Tedisco, R-Glenville.

“I just don’t want to be part of this atmosphere, this charade. That’s not what I’m all about,” she said in a telephone interview later on Tuesday.

Jordan said she is not endorsing Tedisco specifically by name.

“What I will tell people is to vote Republican. That’s basically my message,” she said.

Tedisco said it is important for Republicans and Conservatives to “come together in unity” behind his candidacy.

“We can’t let the Empire State become the ‘Empty State,’” he said. “I love New York and I’m sad that one-party rule in state government has created the present agenda where people want to leave New York.”

Under state election law, Jordan’s name will still be on Republican and Conservative primary ballots.

Jordan said she was not forced from the race by political pressure.

“Everyone that knows me knows that I am, and always have been, a hard worker and a team player,” she said in a news release. “I want to be perfectly clear: My not moving forward for the primaries was my decision and mine alone. I was not prompted by anyone except my family.”

Jordan is not leaving the race without a fight.

“I detest the circus atmosphere that Jim Tedisco has caused by moving into my Senate District and his putting self-interest first in seeking a seat from a fellow Republican whom he once called a friend,” Jordan stated. “I want no part of this sideshow. I’m not going to play a political game that would be destructive, divisive, and undermine the principles that I care deeply about.”

Jordan criticized Tedisco for recently marching in a parade that he was not invited to.

Tedisco, on the other hand, had kind words for Jordan.

“I want to thank Senator Daphne Jordan so much for her dedicated public service,” he said. “Senator Jordan and I have similar philosophies that the role of government should be to remove obstacles for people so they can be everything they can be with the God-given talents they’ve been given and then it (government) should get out of the way.”

Tedisco, who is moving from Glenville, just outside the new 44th Senate District, to run, has said he is doing so to continue to represent much of the geography that he has represented for six years, before redistricting.

Tedisco currently represents 15 of the municipalities in the new district, and Jordan nine.

“This was never personal for me. It was about providing the highest level of constituent service and being a strong voice for the people of Saratoga and Schenectady counties,” Tedisco said in the news release on Tuesday. “I know the people of Saratoga and Schenectady counties well and they know me. I understand their concerns and I’ll stand up and fight for them as I’ve always done.”

The new 44th District includes all of Saratoga County and the city of Schenectady and town of Niskayuna in Schenectady counties.

The Saratoga County and Schenectady County Republican committees had endorsed Tedisco, while the state Conservative Party had endorsed Jordan.

Faso said in a telephone interview that it is unfortunate that redistricting set up a contest between Jordan and Tedisco.

“Daphne, who I greatly admire, has decided to withdraw, so I certainly will be supporting Jim Tedisco for Senate,” he said.

Jordan, who is concluding her second two-year term in the Senate, said it has been “the honor of my lifetime” to be a legislator.

“I am forever grateful to voters for their years of trust, confidence, support and friendship,” she said.

Jordan said in the coming months she will actively support Republican state Senate candidates in Washington, Rensselaer and Columbia counties — counties that she now represents portions of.

Jordan said that whatever is left in her campaign fund will be transferred to other Republican candidates and committees.

Tedisco is completing his third two-year term in the Senate.

The Democratic candidate is Michelle Ostrelich, a Schenectady County legislator from Niskayuna.

Ostrelich issued a statement responding to Jordan ending her campaign.

WASHINGTON — U.S. Rep. Elise Stefanik said she voted in favor of the “Respect for Marriage Act” because she believes marriages should be recog… 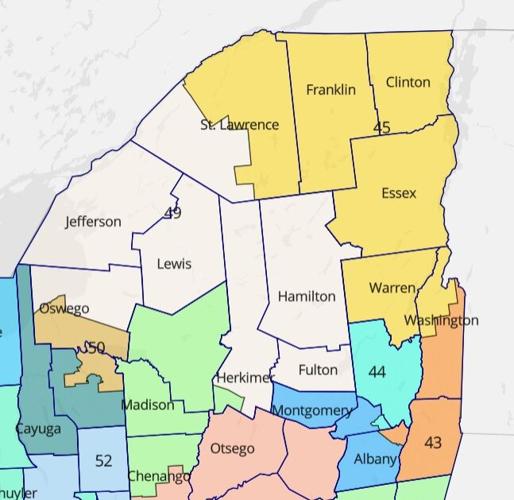 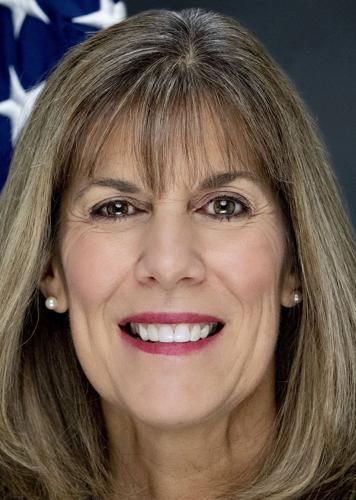 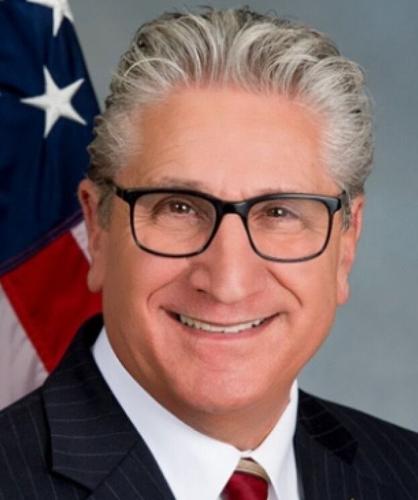