Become a Member
Read Today's E-edition
Share This
Geraghty surprised at margin of victory; Merlino waits for write-ins to be counted
0 Comments
Share this

Wild-card weekend: Updates and scores from the NFL playoffs

Warrensburg Supervisor Kevin Geraghty said he was a bit surprised by his strong showing in Tuesday’s election given that it was a three-way race.

“You never know when you’ve got two people running against me and they’ve got aggressive campaigns,” he said on Wednesday.

Still, Geraghty, running on the Republican line, won a fifth four-year term with 436 votes. York, running on the Working for You line, garnered 276 votes and Democratic candidate Larkin received 177 votes.

Geraghty’s margin of victory was perhaps the biggest surprise of the night, along with the large number of write-in candidates in Lake Luzerne.

Lake Luzerne Supervisor Gene Merlino is trying to win reelection to another term as a write-in candidate, along with a slate of candidates for the Town Board.

Geraghty attributed his win as a vote of confidence in the way he has run Warrensburg for the last 16 years.

“I’ve been dedicated. I have integrity, honesty and experience, and I think people look at where Warrensburg is and where we’ve got a chance to go. I think I’ve kept the taxes in check,” he said.

Geraghty said his priorities for the new term are to continue upgrading water and sewer infrastructure and attracting more businesses to town. The town held off on a moratorium on development. He said he believes the planning and zoning regulations need to be reviewed.

He accused his opponents of running a negative campaign, but would not mention specifics.

York said he is glad the race is over. He denied there was any negative campaigning, and he said he had no hard feelings. He said he got into the race because he felt strongly about term limits. And he pointed out that the three-way race essentially split the vote against Geraghty.

“Fifty-one percent of the people did not vote for him,” York said, adding that if it were one-on-one, he believes it would have been a “barn burner.”

Larkin agreed that three candidates shifted the dynamics. He was disappointed in the tally and said he thought he was going to get more votes.

He said his effort to put forth the one-year moratorium on commercial development in the downtown corridor hurt him.

“There was a significant amount of pushback on that. I think that’s why I paid such a dear price. Kevin might have prevailed anyway. I expected bigger numbers,” he said.

Larkin said he wished he had addressed that misinformation about the issue, which he said is very important for the future of the town.

“The codes we have are in real need of evaluation and rewriting in some cases,” he said. “We constantly give people variances and we forget about the fact that we have a comprehensive plan and we look the other way.”

He said that Geraghty cares about his community, but they disagree on some matters. Larkin said he did not think York had much of a platform — other than to stop the proliferation of solar panels.

In Lake Luzerne, Merlino did not want to make any predictions about whether he had a chance to win over Republican candidate Dan Waterhouse.

Waterhouse had 430 votes at the polls and there were 424 write-in votes for supervisor. There are also absentee ballots to be counted.

Merlino is waiting for the Warren County Board of Elections staff to start counting the write-in ballots on Thursday.

“I just want to let them do it and take it as it falls,” he said. “I’m proud of my team and everything we did to get so many write-ins. It’s not easy to do. We’ll see what happens.”

Merlino said it was one of the largest turnouts he can remember. People were concerned and he criticized his opponents for circulating an email from an inspection report on the Lake Luzerne Dam.

“I had an engineer there. The dam is not going to collapse,” he said.

The dam does need work, he said.

Merlino said that was an example of the mudslinging that was present in the race. He said he and his fellow candidates took the high road.

Castelli: Jan. 6 riot 'was an attack on all of us'

Democrat Matt Castelli on Thursday announced support for legislation barring elected officials who violate their oath to the constitution from holding office.

Geraghty to lead Warren County Board of Supervisors

Warrensburg Supervisor Kevin Geraghty has been selected as the chairman of the Warren County Board of Supervisors for 2022. 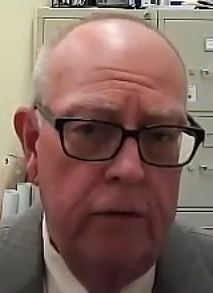 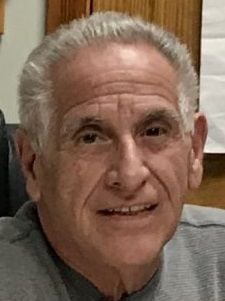