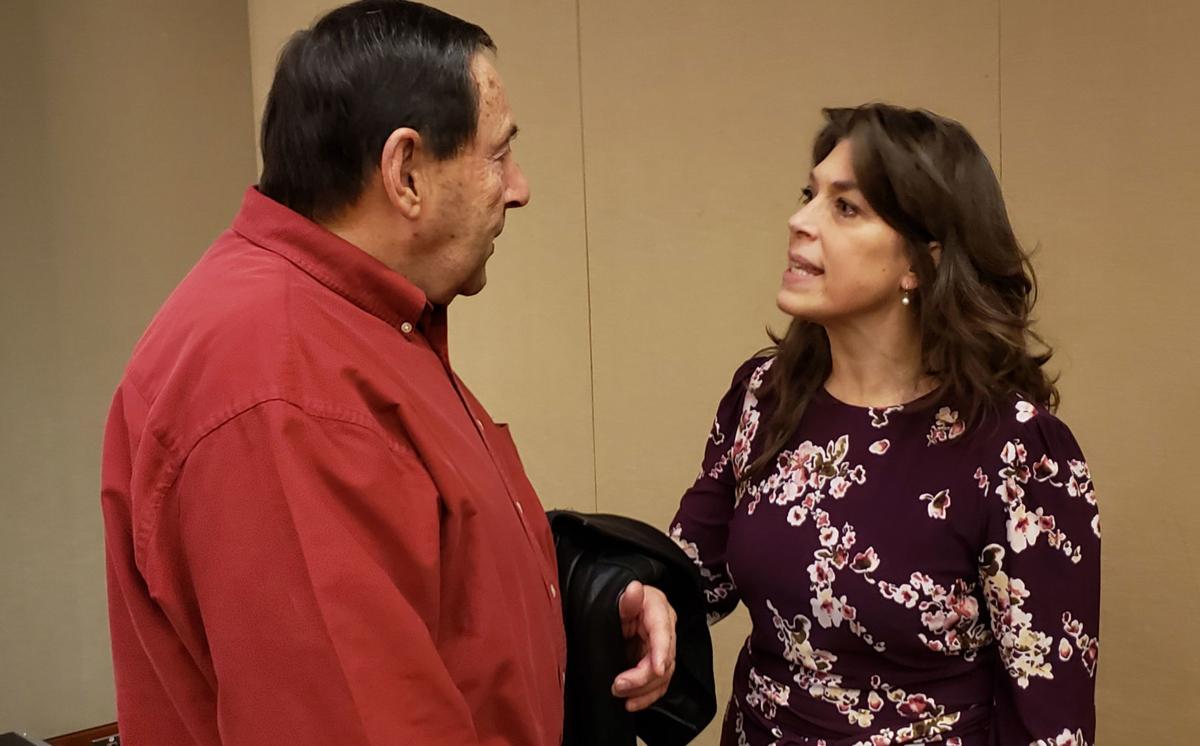 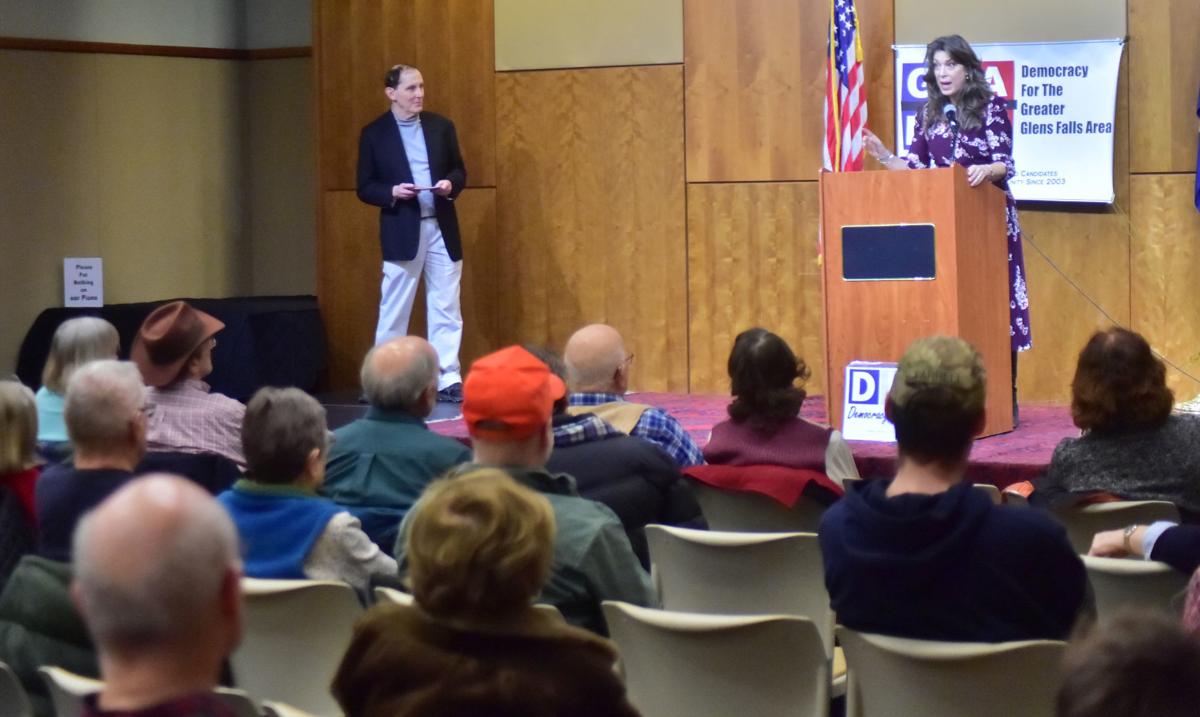 GLENS FALLS — Democratic NY-21 candidate Tedra Cobb stressed her roots and her commitment to the community at an event on Wednesday, drawing a contrast with Republican U.S. Rep. Elise Stefanik.

Cobb cited her service as a volunteer firefighter, eight-year member of the St. Lawrence County Legislature and founder of a health care nonprofit. She said Stefanik, R-Schuylerville, does not have a record of service in this district.

“Elise Stefanik has never lived in this district. She has never lived in Willsboro. She has never volunteered here or worked in this district. That is a very big difference between the two of us,” Cobb said to a largely friendly crowd of 50 people who attended a special meeting of the Democracy for the Greater Glens Falls Area organization. The event was held in the community room at Crandall Public Library.

Stefanik’s family had a vacation home in Willsboro and she and her husband bought a home in Schuylerville in 2018.

Cobb said Stefanik is serving the interests of her corporate donors by voting to repeal the Affordable Care Act, causing 64,000 people in the district to lose health care, and against a recent bill that would have capped prescription drug costs.

Cobb has not come out in favor of Medicare for All, but said she supports adding an option for people to buy into Medicare. She said she believes that people, especially those in unions who negotiated their benefits package, should be able to keep what they have.

In response to a question about how to reduce military spending, she said she would invest in people rather than weapons, but did not say specifically what she would cut.

When asked how she would reduce the deficit, she said she would end oil and gas subsidies.

Regarding the Green New Deal, Cobb said that federal buildings should switch over to green energy and there should be a big push for people to buy electric cars.

In response to a question asking why she would not call Iranian Gen. Qassem Soleimani, who was killed with a U.S. drone strike, a terrorist, she said there is not any doubt that he has killed Americans and others,” prompting an audience member to shout out: “are you calling him a terrorist?”

Cobb did not respond and moved on to the next question. There were a few Trump supporters in attendance who shouted out some retorts at various points, but the event was civil. At the entrance to the library, Bill Bombard had a sign that said “Impeach Cuomo, Not Trump.”