Read through the obituaries published today in The Post-Star. 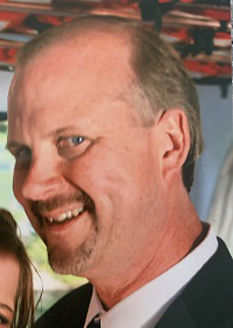 LONG LAKE — Gregory Martin Bozak passed peacefully to his heavenly reward on Dec. 4, 2019 with his loving family around him following a six-month battle with cancer.

Born on June 6, 1958 in Troy, he attended the Waterford Central School through the 2nd grade. He went to Kabala Rupp Memorial School the next three years while his parents were working at Kamakwie Wesleyan Hospital in Sierra Leone, West Africa. From there, he attended Long Lake Central School through high school in 1977. He received his associates degree from Oklahoma Wesleyan College. While in college, he worked in maintenance. He seemed to have a natural gift of fixing things.

He became partners with his father and has operated an auto repair garage to the present day.

He loved going on short term mission trips to Haiti, Mexico, Sierra Leone, Guyana as well as some places in the states following hurricane disasters. He also enjoyed hunting, fishing, trapping and camp at West Chazy. He adored spending time with his grandchildren.

He was predeceased by his father, Martin Bozak.

He is survived by his mother, Joyce Bozak; one brother, the Rev. Glenn Bozak; one son, Ryan Bozak, one daughter, Kristin Hull; and five beloved grandchildren.

A celebration of Gregory’s life will be conducted at 11 a.m., Saturday, Dec. 14, at Long Lake Wesleyan Church.

Private burial will be in Long Lake Cemetery.

In lieu of flowers contributions in Gregory’s memory may be directed to the Long Lake Wesleyan Church, PO Box 322, Long Lake, NY 12847, to continue the support of the missions he felt so strongly about.

Super Sunday -- Test yourself with our Big Game Trivia Quiz!