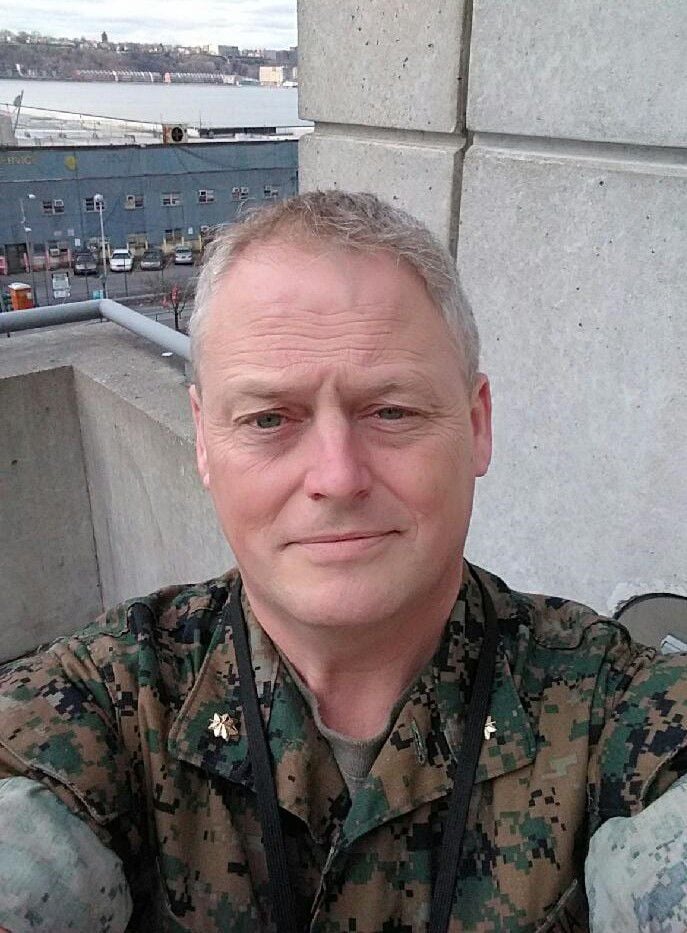 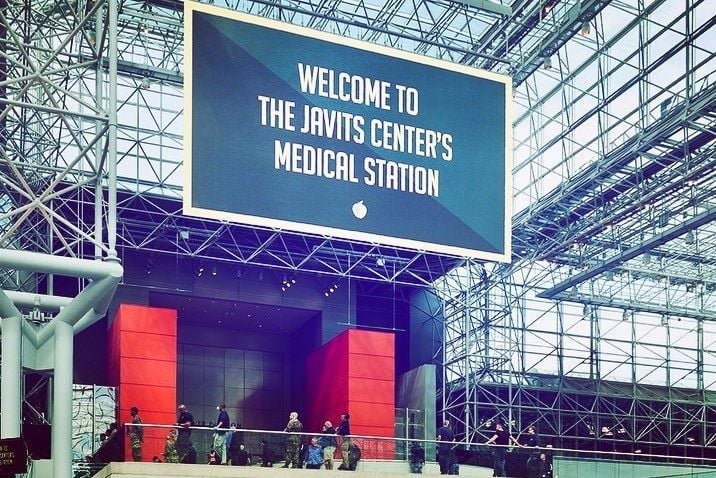 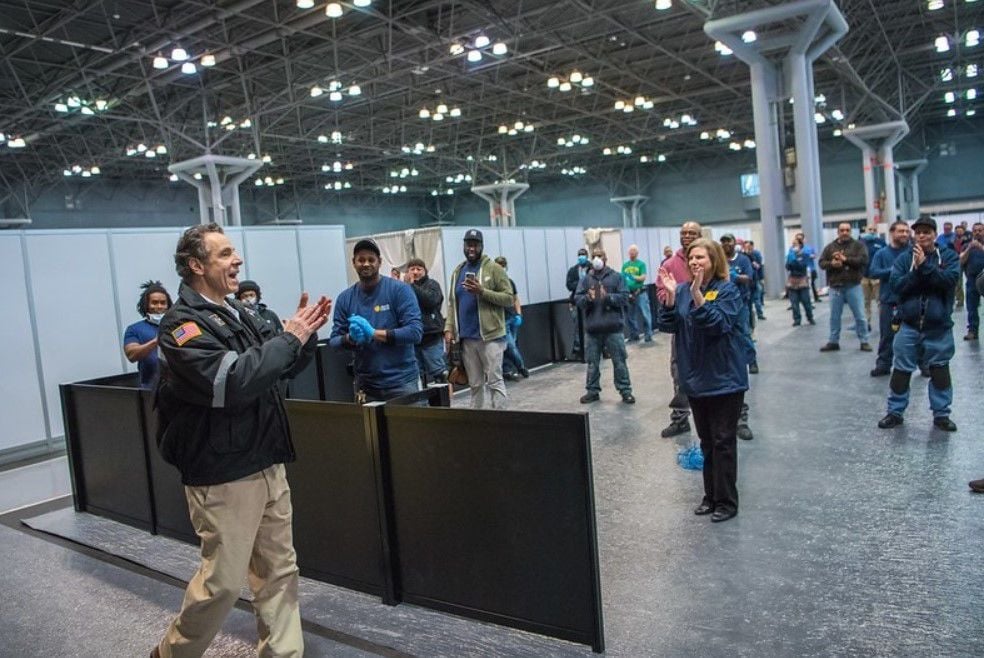 The Jacob K. Javits Convention Center in New York City posted this photo on its Facebook page March 28. The center has been turned into a 1,000-bed hospital.

And in under a week, he helped build a hospital.

Farry, a 1987 Glens Falls graduate and a retired Marine, volunteered to deploy with the New York Naval Militia to New York City to help turn the Jacob K. Javits Convention Center into a temporary hospital.

The Naval Militia, headquartered in Latham and part of the state Division of Military and Naval Affairs, is responding to the coronavirus pandemic in New York City, a hot spot for the COVID-19 virus.

“I just joined the Naval Militia just a few weeks ago, was immediately put on active duty and sent down here,” said Farry, 50, in an interview from Manhattan.

Farry helped a huge team of state and federal agencies, the National Guard, active duty military, Teamsters, civilians, doctors and nurses set up a medical station at the convention center to originally take in non-COVID patients and relieve the burden on New York City hospitals.

Despite the doom and gloom the outbreak has caused, Farry says, the people working at the Javits Center are enthusiastic volunteers.

Farry normally lives in Rensselaer and works at the Target distribution center in Wilton. As a Marine, he served four tours in Iraq, four tours in Afghanistan and has been deployed to Somalia, Cuba and Haiti.

His duty in New York City is more of a humanitarian effort than a war zone, he said.

“This isn’t bullets going down range, this isn’t blowing up tanks, this is a thing that you can’t see,” he said. “And you’re not wearing body armor, you’re wearing a mask and rubber gloves. It’s different from that aspect, but the planning, the coordination and the sense of urgency is very much the same.”

Farry is staying in a nearby hotel and got his first taste of New York City pizza last week for dinner. He said the city is quiet, but people are friendly.

He watched on Monday when the Comfort Ship arrived in New York City and docked a quarter of a mile from the Javits Center.

“So that just instantly added another 1,000-bed capacity to New York City,” he said.

Now that the hospital is set up, he will stay on and help expand it. He said he has enjoyed watching Americans — from county, state and federal levels — come together to help during this crisis. What he is witnessing is different from the back-and-forth bickering from politicians on the news.

Farry said he plans to stay in the city as long as he is needed. As a Marine, he has a ready mentality.

Gretta Hochsprung writes hometown news. You can reach her at ghochsprung@poststar.com or 518-742-3206.

Going the distance: Family drives from Arizona to Washington County to escape coronavirus

A family drove across country from Arizona to Dresden, in Washington County, to distance themselves from coronavirus.

Queensbury brothers Alex and Camden Passino made face mask straps, which they donated to Albany Medical Center in memory of their brother.

A Glens Falls graduate just returned from Rockland County, where she volunteered as an EMT.

Families with children on the autism spectrum are struggling with distance learning.

Supervisors told to assume everyone is sick

Assume everyone is sick.

Blog: Beep beep to Liam on his 14th birthday

I got to participate in a birthday drive-by, and it made my day.

From a distance: A Queensbury fifth grader is surprised by a birthday parade.

Area churches are finding new ways to connect with parishioners through online services.

The Jacob K. Javits Convention Center in New York City posted this photo on its Facebook page March 28. The center has been turned into a 1,000-bed hospital.