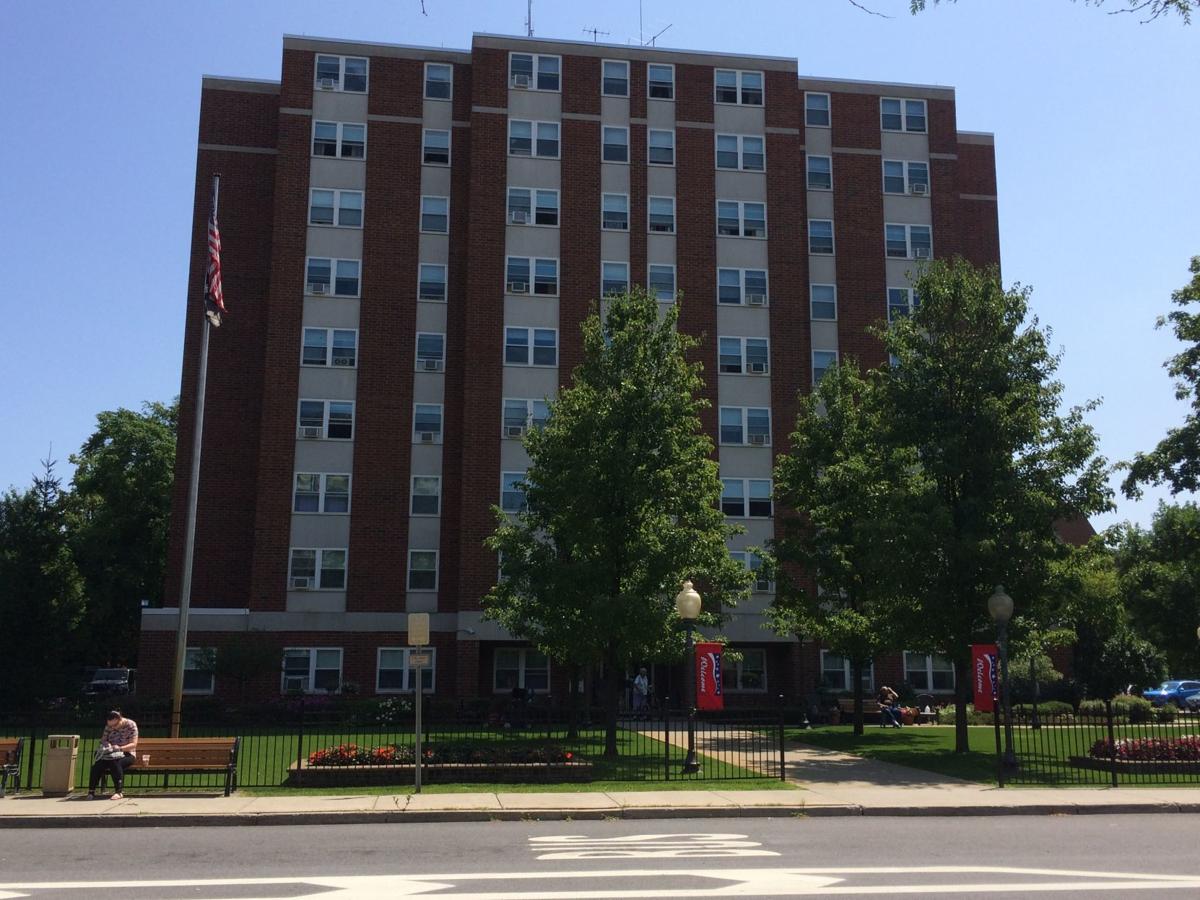 Cronin High Rise on Ridge Street is seen Thursday in Glens Falls. The Glens Falls Housing Authority is proposing construction of a 2,000-square-foot building just north of the high-rise to house its offices. 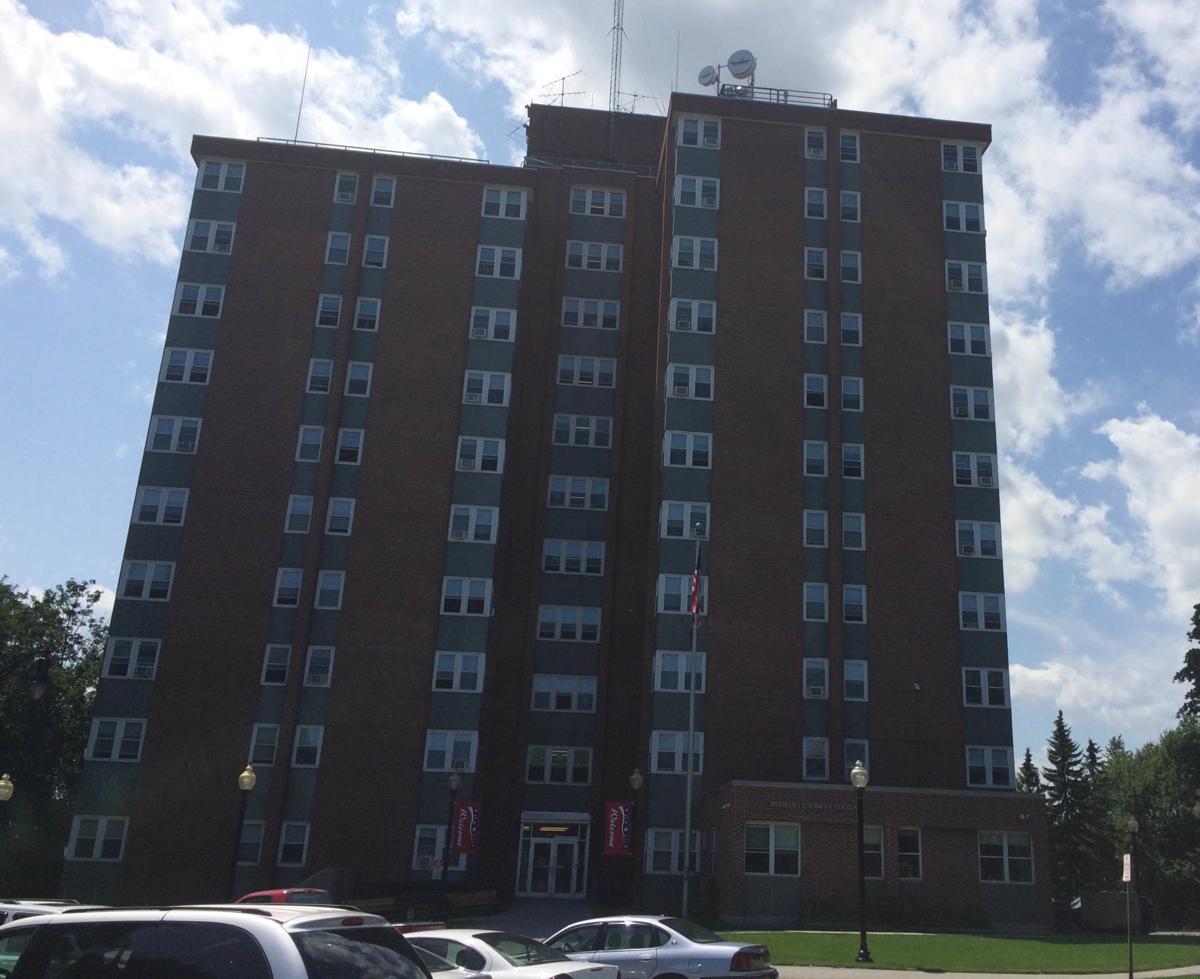 GLENS FALLS — The Glens Falls Housing Authority is proposing construction of a 2,000-square-foot building on the Cronin High Rise property on Ridge Street to house its offices, so its current office space at Stichman Towers could be converted into a tenant community center.

Executive Director Robert Landry said the authority was looking for space for a tenant center for Stichman Towers, but it did not have a lot of space on the grounds.

Consultants suggested the authority relocate its offices and reuse that space for the tenant center.

The original plan called for an addition onto Cronin High Rise. Landry said too much infrastructure is located on that side of the building, however, including gas lines and the generator, to allow for the addition. Instead, it would be a freestanding building about 15 feet north of the Cronin building.

The authority would like to start construction in the fall. If that does not happen, it would start in the spring. The project would take about four to six months, according to Landry.

This is a short-term project, as the Glens Falls Housing Authority continues to evaluate the needs of its aging buildings.

The authority in October sent out a request for proposals, seeking a public-private partnership to rehabilitate Stichman Towers and Cronin High Rise in Glens Falls and Earl Towers in Hudson Falls. Also under consideration is the demolition of the 50-year-old LaRose Gardens complex in Glens Falls.

LaRose, which has 50 one-bedroom apartments and was built in 1967, has outlived its useful life, according to Landry.

Work at the other three buildings would include replacing the roofs, making the buildings accessible to people with disabilities, adding new amenities, improving the parking lots and installing backup generators so each building would be self-sustaining in case of a major power outage.

Landry said the impetus for a public-private partnership is that HUD is not providing enough funding for capital projects and is encouraging agencies to seek out developers.

Two developers submitted bids, but Landry said the Housing Authority’s board of directors did not believe either was the right fit.

“We felt we didn’t have control of the project,” he said.

The authority found another potential developer and is far into negotiations, he said.

“Hopefully, we may have that contract by the first of September. Once we do that, we would start part of that development next summer,” he said.

The new entity would run the buildings’ operations, but the authority would still be responsible for its various other programs, including the housing choice voucher and first-time home buyer programs, he said.

The authority will come before the Planning Board on Tuesday, seeking approval to subdivide the 81,000-square-foot Cronin High Rise property at 43 Ridge St. into two parcels of about 13,000 square feet and 68,000 square feet.

The subdivision would allow the authority to keep ownership of the property where its offices are located, so it would not be under the control of the developer.

The Algerian making his own instruments

World's largest cruise ship to hit the seas in 2022

World's largest cruise ship to hit the seas in 2022

Ever wonder how sinkholes are formed?

Ever wonder how sinkholes are formed?

GLENS FALLS — The Glens Falls Housing Authority is looking to rehabilitate its aging housing facilities, including the potential demolition an…

Glens Falls Mayor Dan Hall on Tuesday will unveil the preliminary concept for the vision of “The Market,” which is the centerpiece of the city…

The Glens Falls Housing Authority will present a plan to demolish LaRose Gardens and construct new apartments on the site.

The Glens Falls Planning Board approved the housing authority's plan to build a a new office building, so its existing one at Stichman Towers can be a community room.

Officials on Thursday conducted a ceremonial groundbreaking for the Glens Falls Housing Authority’s new administrative building, to be built next to the Cronin High Rise senior apartments on Ridge Street in Glens Falls.

Cronin High Rise on Ridge Street is seen Thursday in Glens Falls. The Glens Falls Housing Authority is proposing construction of a 2,000-square-foot building just north of the high-rise to house its offices.