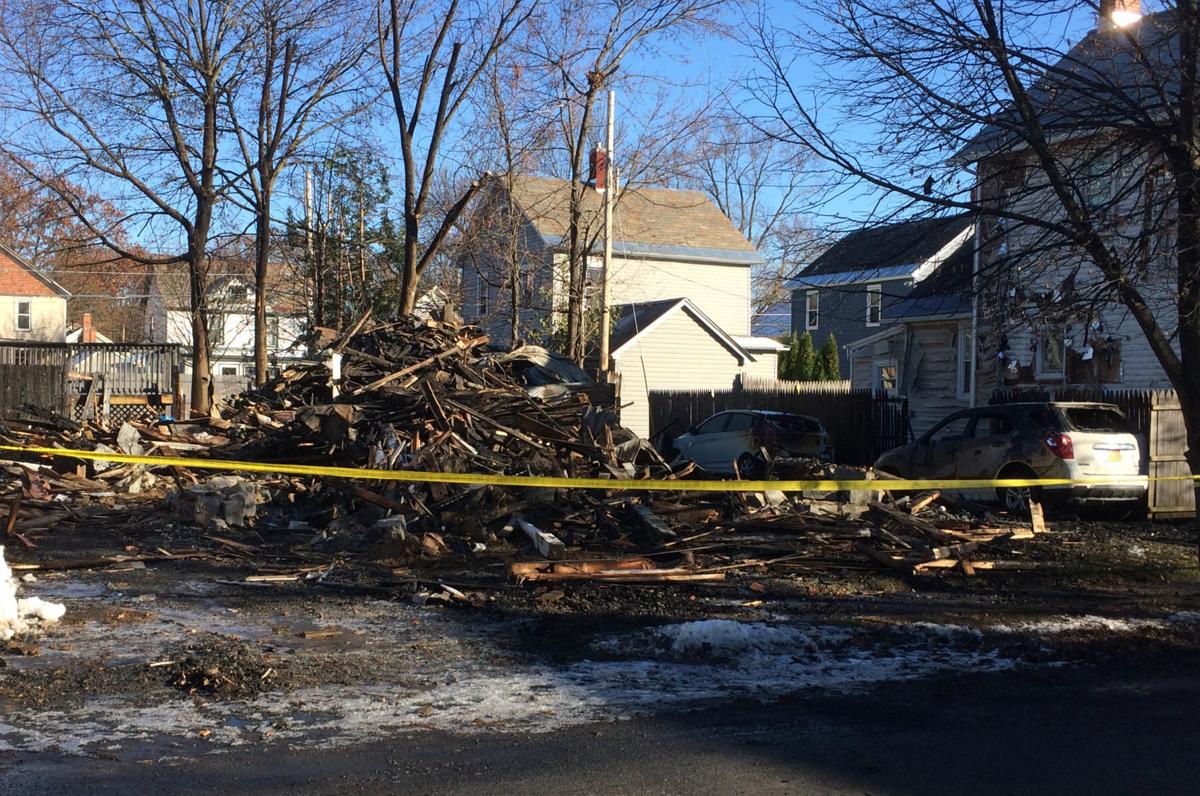 Seen here are the remains of a house at 15 Kenworthy St. in Glens Falls that was struck fire on Saturday. 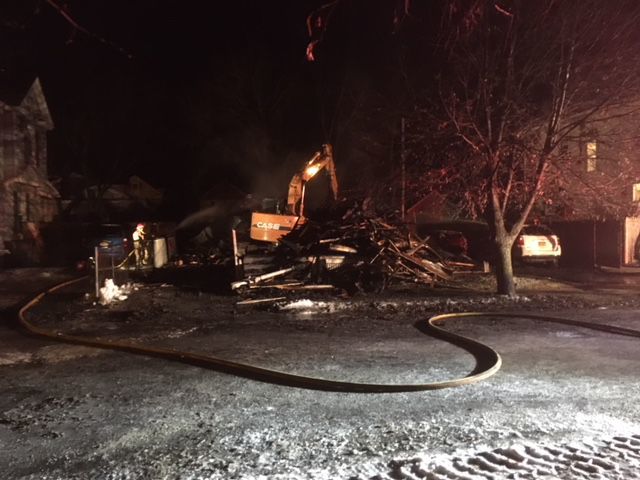 An excavator takes down a house hit by fire on Saturday night.

GLENS FALLS — A Go Fund Me page has been set up for a family who lost all their belongings when their house was destroyed by fire on Saturday night.

Fire broke out at around 7 p.m. at a two-story home at 15 Kenworthy Ave.

The fundraising page, organized by Shayna O’Connor, said that “the father was quick and didn’t think twice. He grabbed the kids and got out. They showed up to my house with only their indoor clothes on, not even shoes on their feet.”

O’Connor said she and her friends brought the children, a boy and a girl, some warmer clothing and a couple of toys. The family also lost the car. The father is identified on the fundraising page as Joseph Blake.

O’Connor said that donations of toys and clothes have been flowing in and the campaign has raised $635 of its $3,000 goal as of Sunday afternoon.

The Northeastern New York Chapter of the American Red Cross provided emergency aid to six adults involved in the fire. This included financial assistance for necessities including shelter, food and clothing. Volunteers also provided emotional support and comfort kits with personal care items, according to a news release.

The home at 15 Kenworthy Avenue was engulfed in flames as of around 7:10 p.m. Saturday, according to a Post-Star reporter on the scene.

Neighbor Daniel Brown said he heard two loud pops. After the second pop, he went to look out his window and saw the flames.

“When it really got going, the roof was glowing red,” he said.

The fire spewed cinders in the sky. Brown said he was afraid his roof was going to catch fire.

“It was like fireworks. Our lawn was covered with ashes,” he said.

Firefighters had some difficulty with low water pressure from a hydrant.

“It was almost like it died down completely,” she said. “That must be when the water pressure dipped. All of a sudden (flames) started shooting back up.”

Neighbor Corrie Blair said firefighters shifted to using a hydrant on Murdock Avenue to get water.

She said firefighters did a really good job at containing the fire the best they could.

Firefighters were spraying down two cars in the driveway to prevent their gas tanks from exploding, Phyllis Brown said. Both vehicles were damaged.

The fire melted siding on the adjacent houses. Phyllis Brown said she saw a woman wearing just socks and two teenage girls rushing back into the house to the right to rescue pets.

“They came down and out with their cats in their arms,” she said.

Fire officials had no new information Sunday as to a cause.

Three families are working to rebuild their lives after the devastating fire that swept through their home at 15 Kenworthy Ave. in Glens Falls on Saturday. Go Fund Me pages have been set up for each one.

Seen here are the remains of a house at 15 Kenworthy St. in Glens Falls that was struck fire on Saturday.

An excavator takes down a house hit by fire on Saturday night.