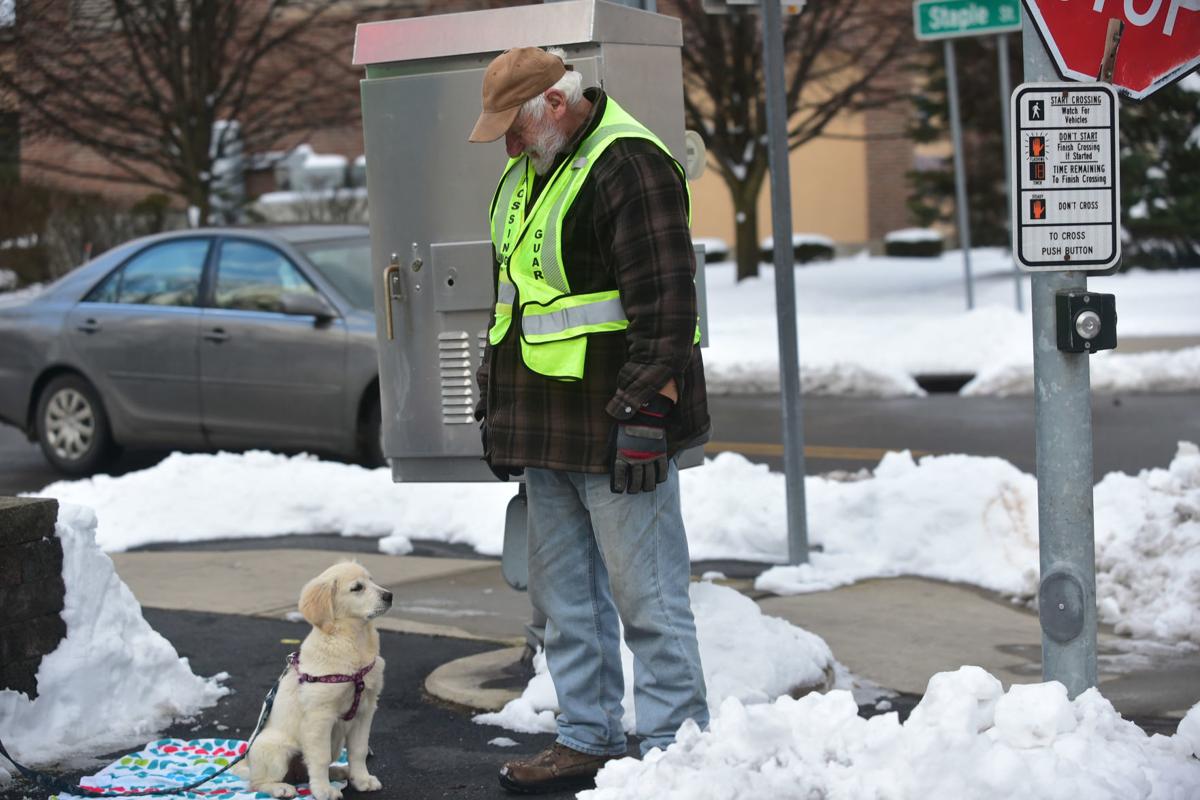 Glens Falls school crossing guard Fred Pettis stands at the corner of Broad and Staple streets on Thursday with his new dog Sophie, who he recently adopted after his old dog died last December. 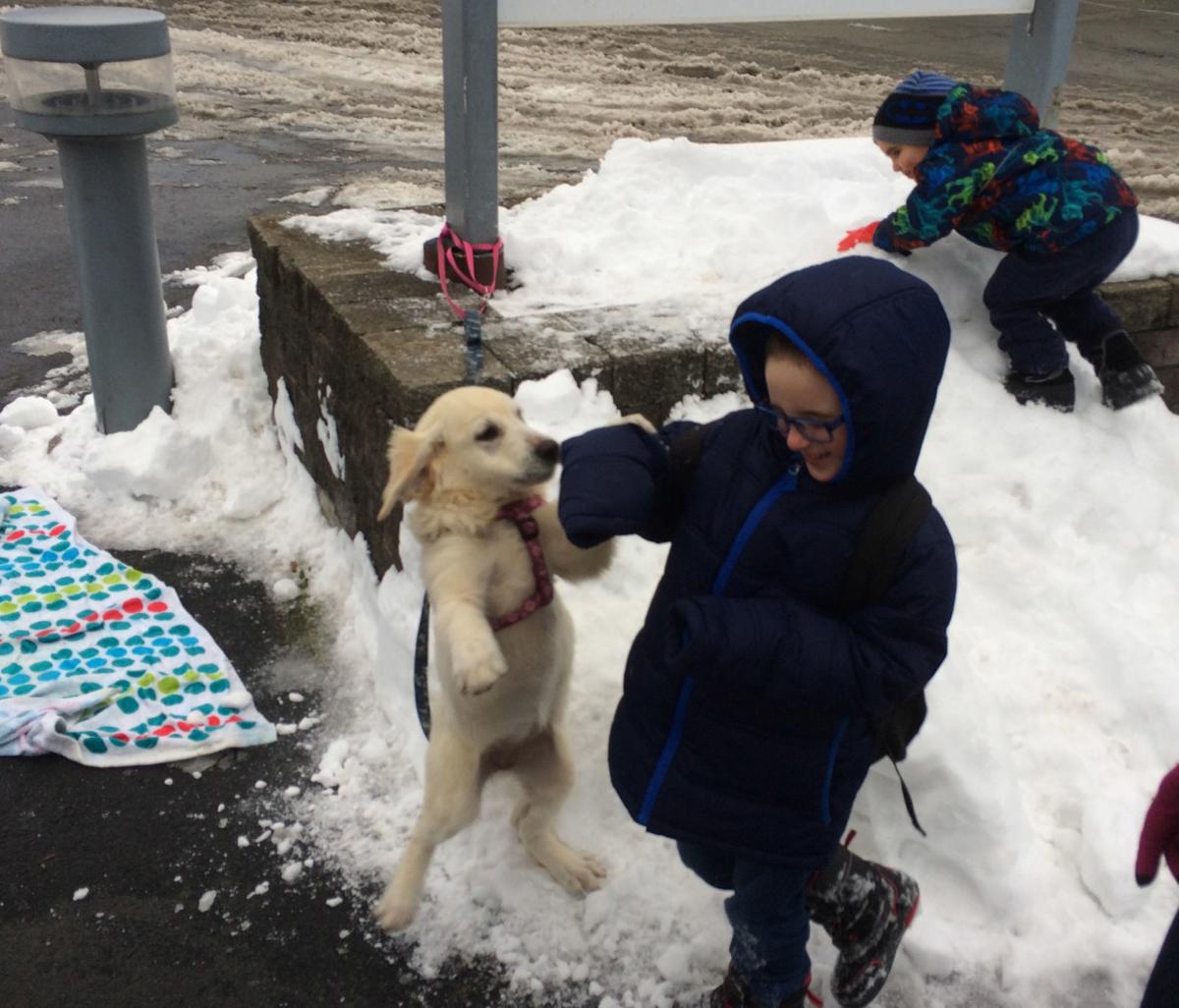 GLENS FALLS — Students and parents walking along Staple and Broad Streets in the morning and afternoons have seen crossing guard Fred Pettis manning his post as usual during 2019.

However, something was missing — his trusty canine partner, Sam, who died last December.

Now, Pettis has a new four-legged friend named Sophie, who he adopted about three weeks ago from an Amish farm in Pennsylvania.

“I’ve always had dogs all my life and they’re good company,” he said.

His neighbor down the street connected him to the Amish farm to get Sophie. She is a golden retriever, just like Sam, who died of old age at nearly 15.

“He lived longer than they expected him to. Those kind of dogs only live eight to nine years,” he said.

The older children knew that his dog had died and expressed sympathy. The younger children did not really know why he was without a dog for a while, he said.

Pettis said training a new puppy is not too difficult. It is second nature to him.

“It’s something that you don’t forget,” he said. “Let her know who’s the boss.”

Sophie is very well-behaved and playful. The children have taken a liking to her.

On a Thursday afternoon last week, Sarah Pratt was walking her two children — 5-year-old Leonardo and 3-year-old Nicholas — home from Big Cross Elementary School and Head Start. They stopped to play with the dog, and Sophie went right up to the children, standing on her hind legs and licking Leonardo.

“You guys want a dog so bad,” Sarah Pratt said.

“They love her,” Pettis said.

GLENS FALLS — Fred Pettis and his trusty dog, Sam, who both wear bright yellow-green vests, are a fixture at the corner of Broad and Staple st…

Glens Falls school crossing guard Fred Pettis stands at the corner of Broad and Staple streets on Thursday with his new dog Sophie, who he recently adopted after his old dog died last December.