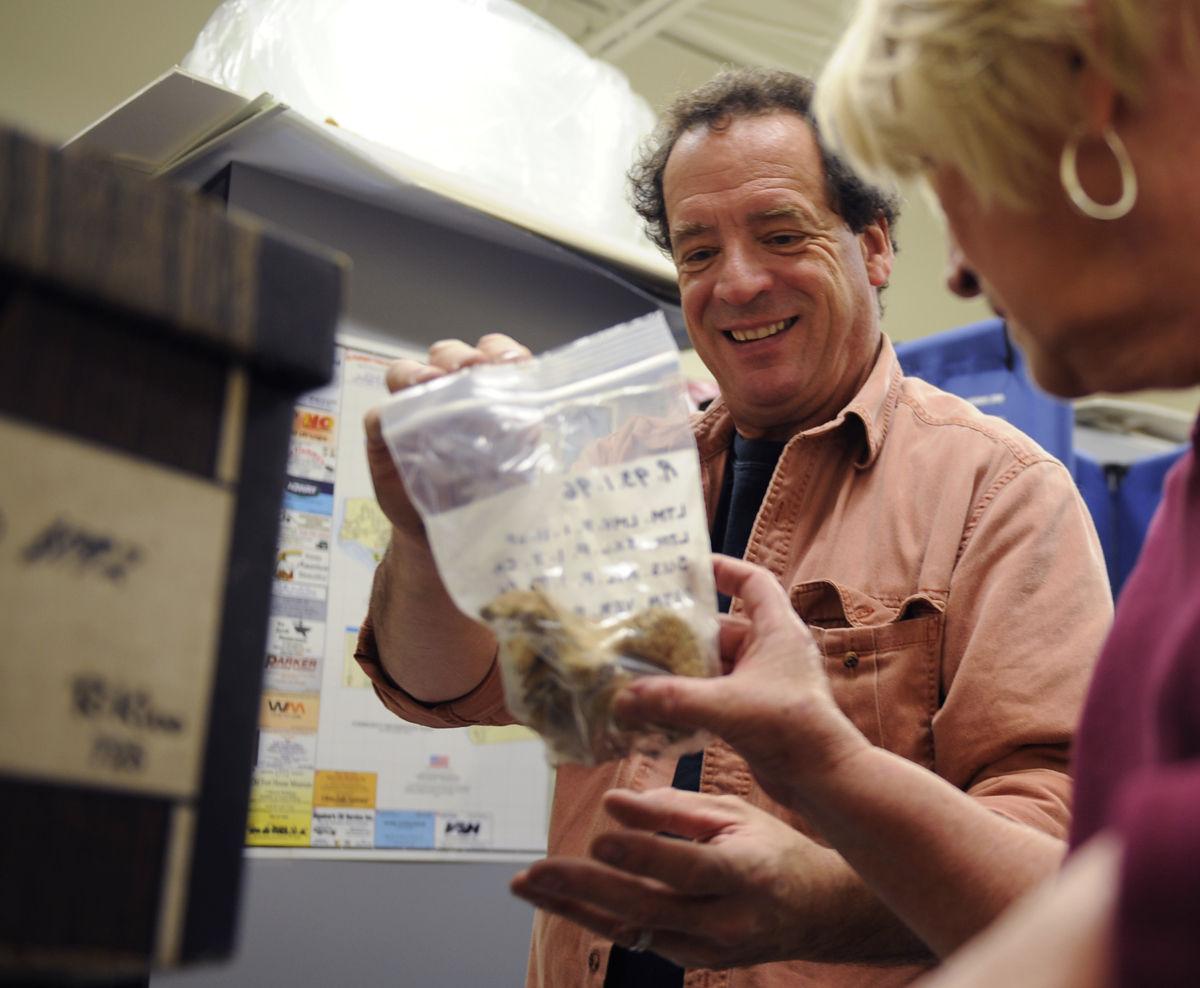 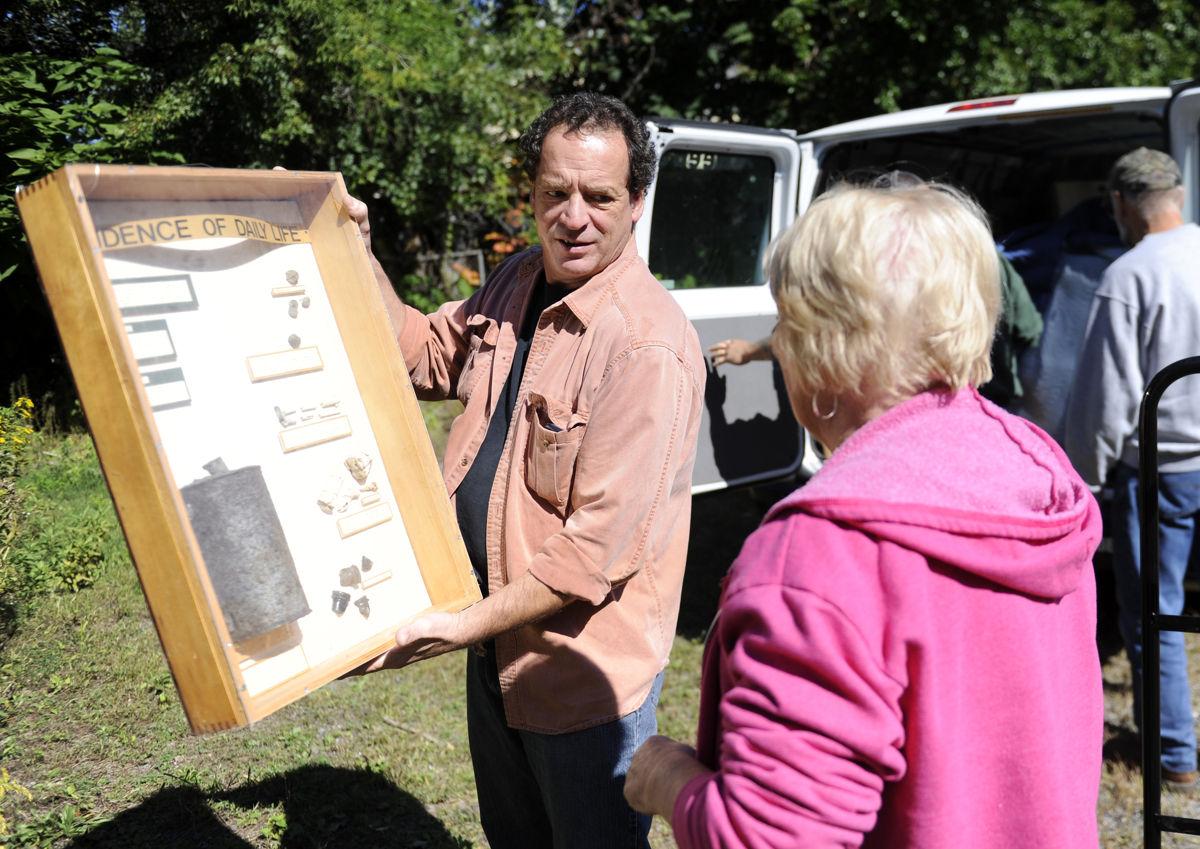 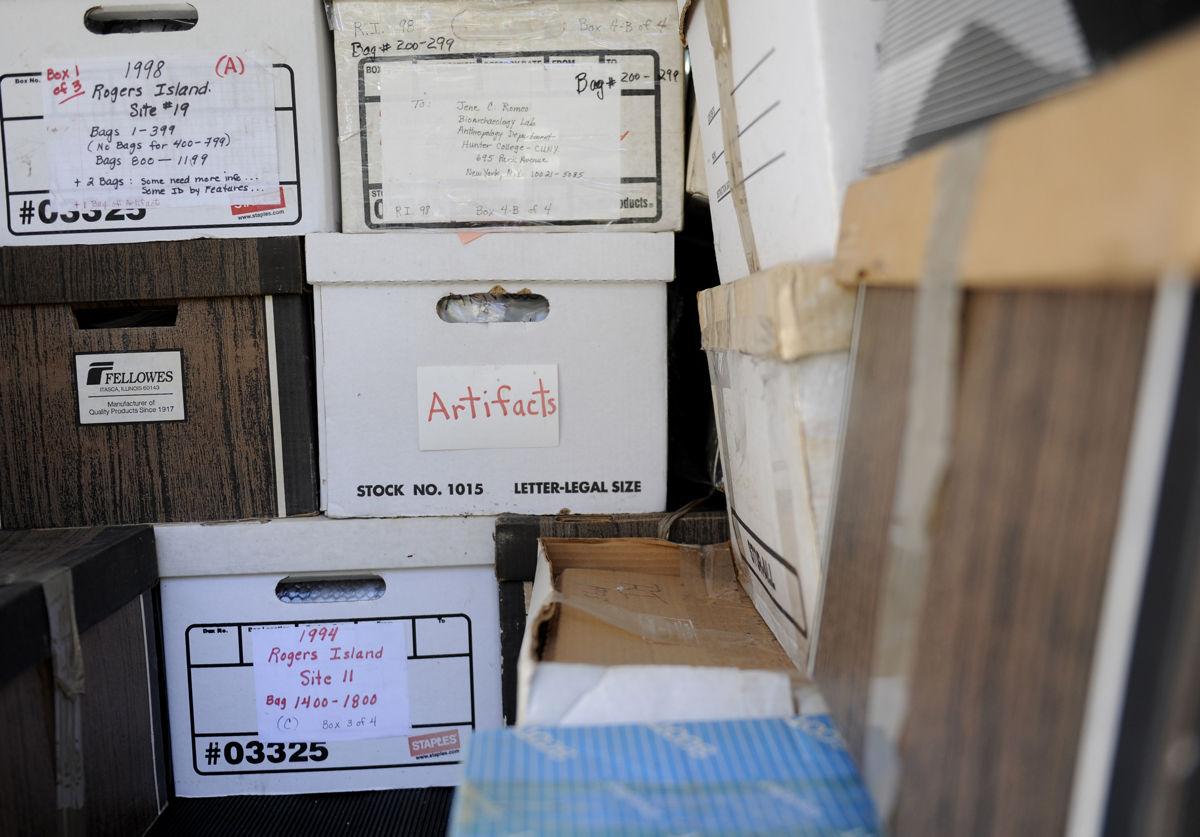 Boxes of artifacts from the French and Indian War are unloaded from a van on Wednesday, Sept. 17, 2014, at the Rogers Island Visitors Center in Fort Edward. (Megan Farmer - mfarmer@poststar.com) 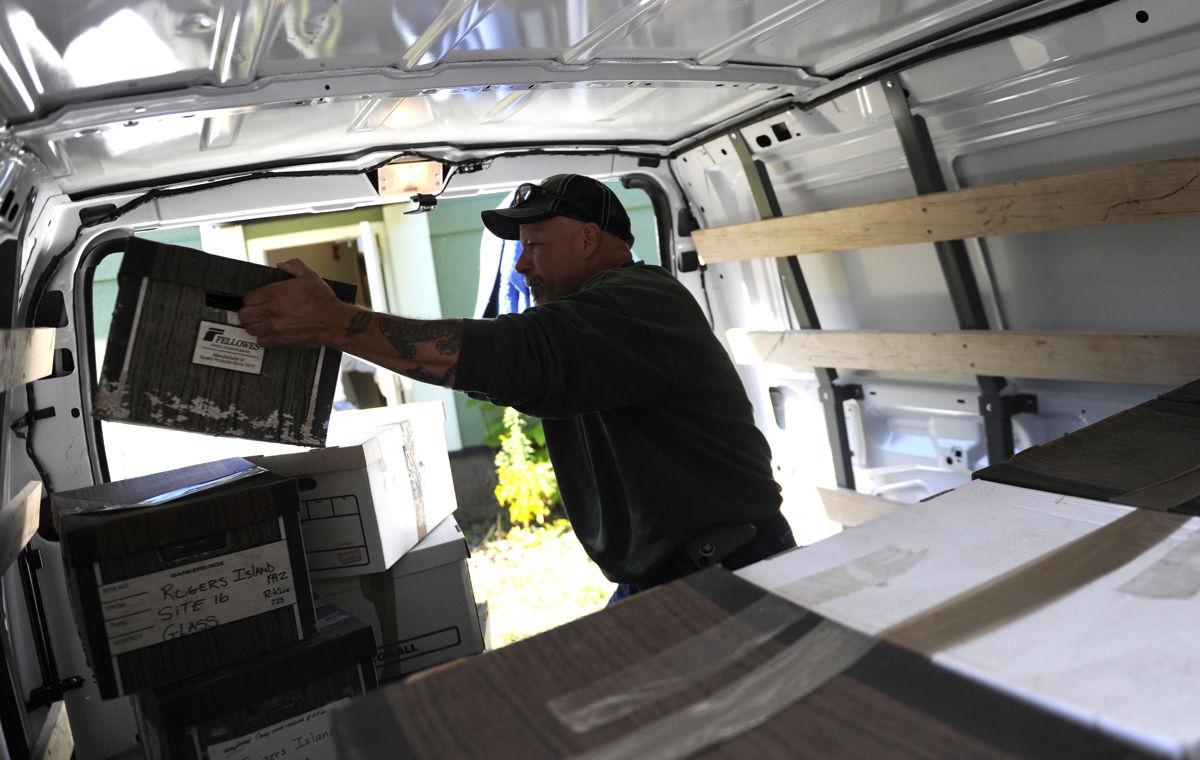 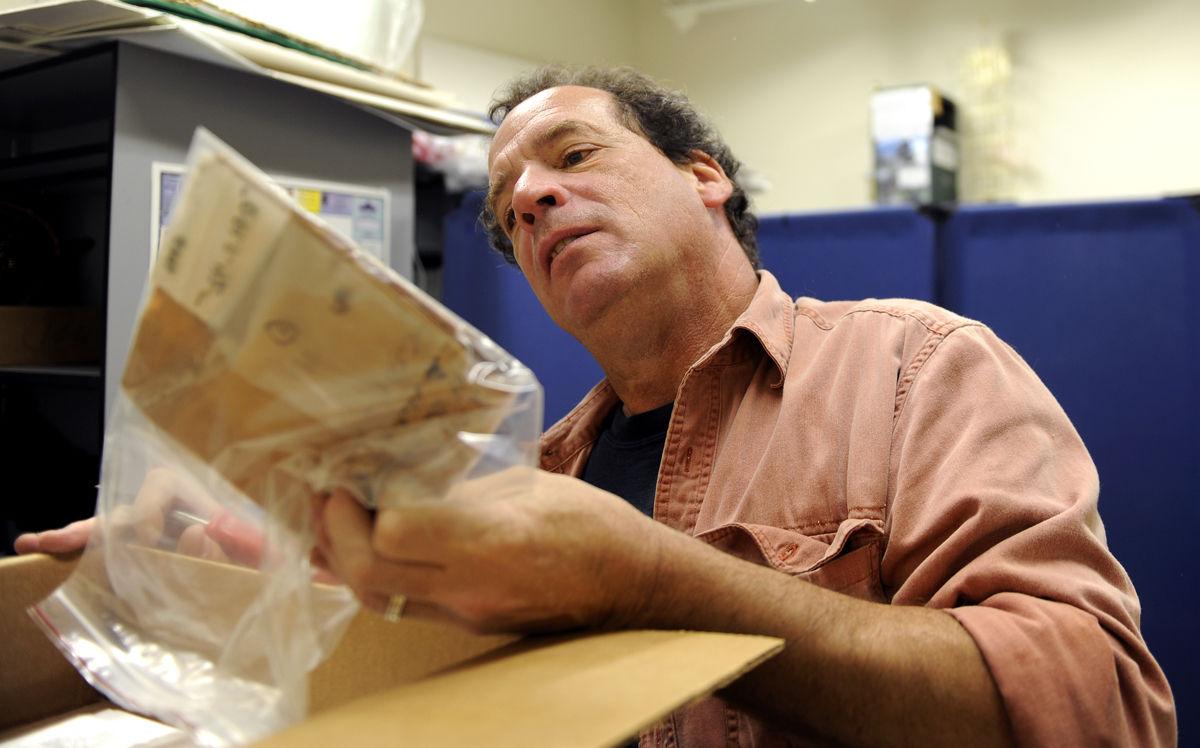 FORT EDWARD -- When the nondescript U-Haul van backed up to the rear door at the Rogers Island Visitors Center at 11 a.m. Wednesday, it looked like just another delivery on just another day.

Inside the van were 87 boxes packed with 260-year-old artifacts from the days when Fort Edward and its 18,000 soldiers comprised the third-largest city in North America during the French and Indian War.

Among the first items carried in by Town Board member Neal Orsini and center Director Cheryl Maskell were three display cases, which had been put together almost 20 years ago and included items dug up by archaeologist Dr. David Starbuck, who has been working sites in Fort Edward for almost 30 years.

The delivery of the boxes allowed the closing on the sale of the island from Long Island resident Anthony Nastasi to the town and village of Fort Edward Wednesday morning.

The artifacts, which Nastasi had moved from Fort Edward to a storage area near his home, following the death of his father, Frank, needed to be at the Visitors Center before the closing could be completed.

The “Rogers Island Acquisition Celebration” is scheduled for 4 p.m. Friday at the island and will include state and local officials, residents and French and Indian War re-enactors.

“The re-enactors are really excited about this,” said Village Board member Ed Carpenter, who has been one of the major proponents of the sale. “They really want to come here and camp where things really happened.”

The purchase, which was more than 10 years in the making and was pushed along by state Sen. Elizabeth Little, R-Queensbury, was a collaborative effort.

“This is the best I have ever seen in this community of coming together like this,” Orsini said. “It’s been a long time coming.

“It’s going to be a wild time around here the next couple of weeks,” he added.

After Friday’s event, Starbuck will speak at 7:30 that night at the Visitors Center about his work this summer, which took place at Fort William Henry in Lake George. Starbuck, who teaches in New Hampshire and runs summer archaeological digs through SUNY Adirondack, said he would return to the area Thursday night and begin going through the boxes of artifacts so he could have some out for the Friday event.

Next weekend, French and Indian War re-enactors, who will include Native Americans, colonists and British soldiers, will be at the island for a scheduled re-enactment event that will be open to the public Sept. 27 and 28. The night of Sept. 27, from 6:30 p.m. to 9 p.m., the Old Fort Museum, which is just across the river from the island, will be hosting “Spirits of the Old Fort House,” which will include the ghosts of Solomon Northup, Abigail Rogers Fort, Col. James Rogers, Baronessa Frederika Von Riedesel and various camp followers.

Finally, on Oct. 4, the Fort Edward Chamber of Commerce will host a Chowder, Chili and Brew Fest that will including prizes to the top three chowders and top three chili offerings.

“We’ve got a vision plan. We want to use the island, and we want it to be interactive,” said Village Board member Darlene DeVoe, who was very involved in the grant process. “There will definitely be some things out there next year that people who have been here in the past will want to see,” she said.

In fact, anyone who was not at the Visitors Center this summer has yet to see the display of timbers from the original fort that were brought up by dredging, extensive models of what the fort actually looked like and a dugout canoe on loan from Fort William Henry.

“We will have new items out next summer, and I think that every year there will be things that will bring people back,” DeVoe said.

“We will coordinate with the town and village highway departments and get some mapping done,” Orsini said. “We’ll put down landscape fabric and stone dust, and that will get us started with the trails. Then we will have to look and see what else we want to do. Do we want to put in some fishing piers?”

Orsini said there is one other crucial item for the future.

“We’re all getting older,” he said of the group that has been working on the acquisition of the island. “We’ve got to try to get the youngsters out to move this forward.”

Boxes of artifacts from the French and Indian War are unloaded from a van on Wednesday, Sept. 17, 2014, at the Rogers Island Visitors Center in Fort Edward. (Megan Farmer - mfarmer@poststar.com)