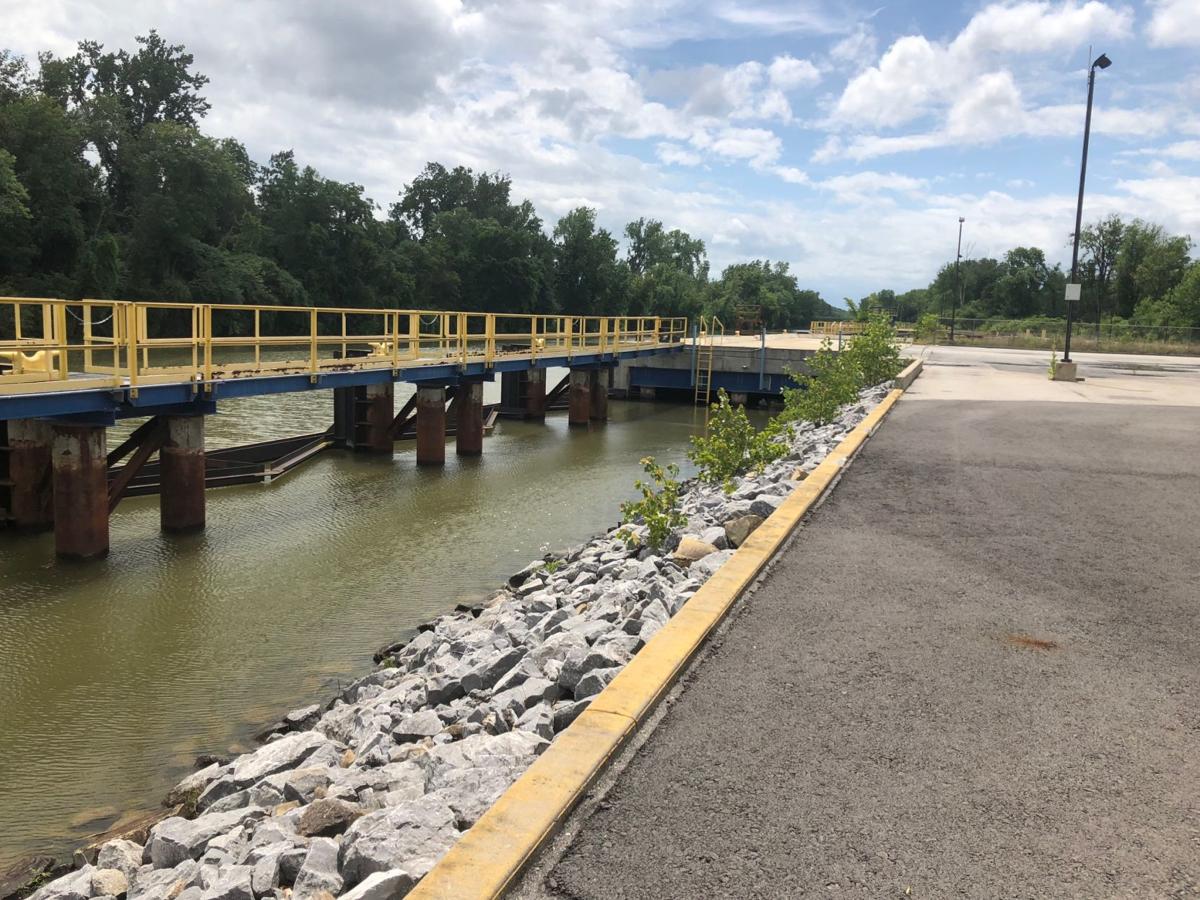 A view of the Old Champlain Canal from part of the former General Electric Co. dewatering site, now marketed as the Fort Edward Industrial Park, is seen. 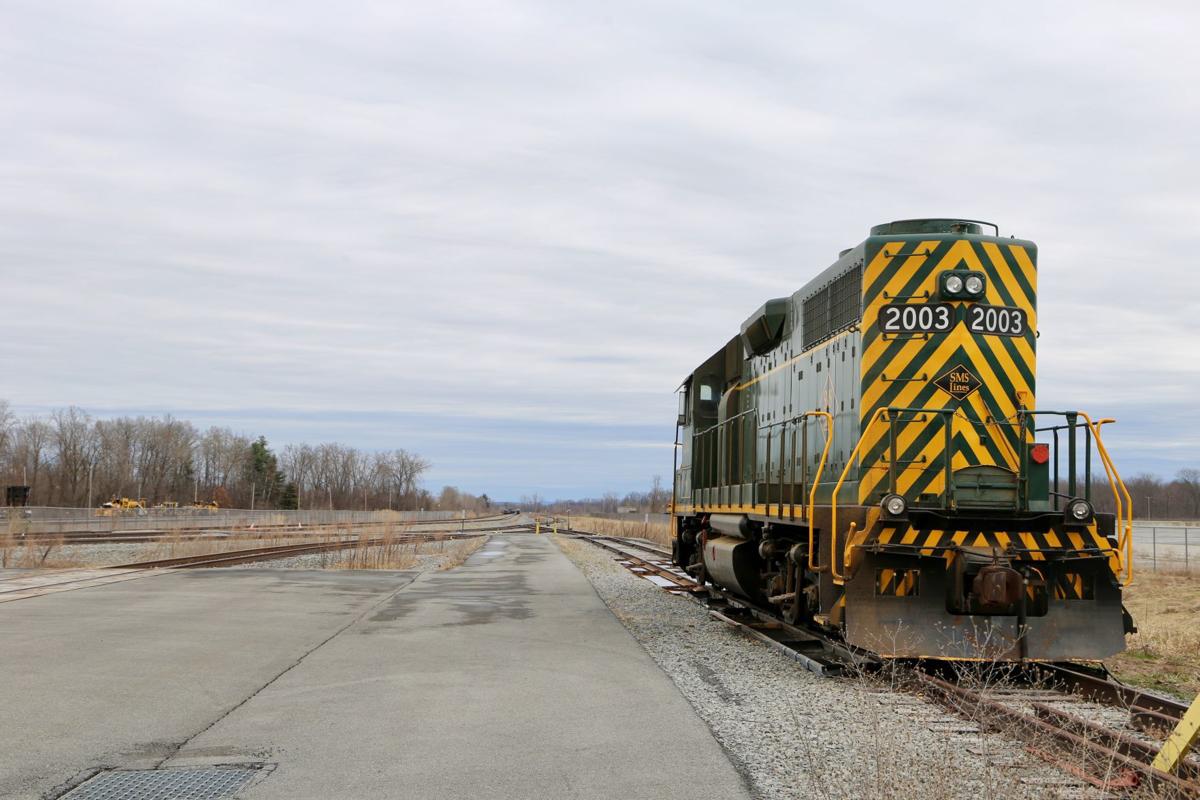 A train from SMS Rail Lines is seen on Thursday, April 18 at the Fort Edward Industrial Park, the site of the former General Electric Co. dewatering site. 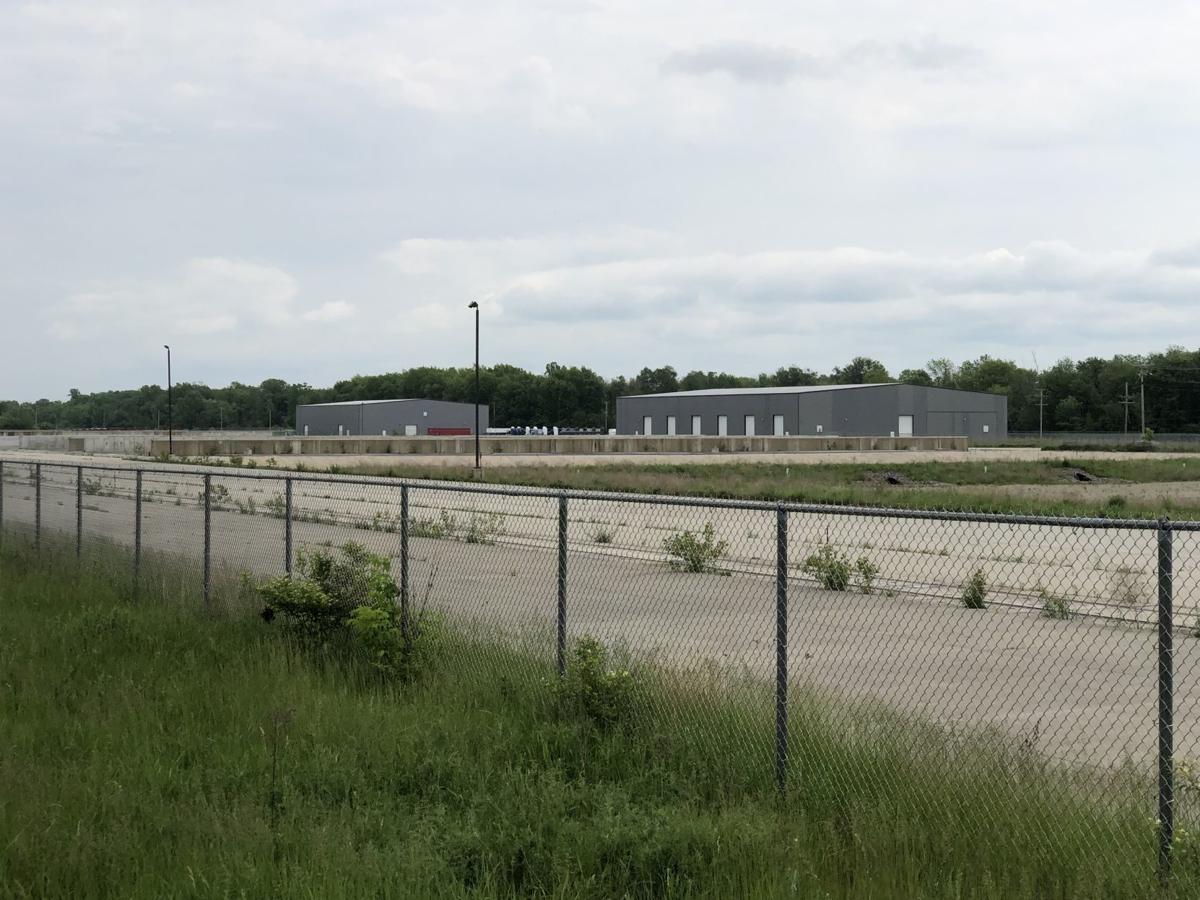 FORT EDWARD — The Town Board updated the public Monday night on what a local nonprofit is doing to market the former General Electric Co. dewatering site, and whether taxes owed to Washington County will be paid.

The matter came up when resident Katie DeGroot asked Town Board members what was going on, after reading a Post-Star editorial about how the nonprofit was violating open meetings law.

The site has been part of a labyrinth of public and private deals over the last several months.

It was originally where the General Electric Co. set up shop to remove water from PCB-contaminated sediment from the Hudson River. The land, however, was owned by a company called WCC. WCC is made up of the owners of D.A. Collins, a construction firm.

WCC stopped paying taxes on the land after GE left. It sued the town for a lower assessment, which it got. Then, in December, WCC gifted two parcels, approximately 80 acres of the main site, to the LPDC.

At its first public meeting on April 16, the LPDC formed a full board of local residents, still led by Orsini. The group then authorized Orsini to enter into a management agreement with a private company called Fort Edward Development.

Who is Fort Edward Development? Town Attorney Don Boyajian said it is made up of members of WCC.

The Post-Star filed a request under the state freedom of information law for the agreement. The LPDC denied it. Boyajian said Monday that it’s not a public document because the law does not require drafts of agreements to be disclosed and the agreement had not been signed.

That reason is in violation of open meetings law and freedom of information law, according to the state Committee on Open Government.

FORT EDWARD — An agreement between a private management company and the new owners of the former General Electric Co. dewatering site has stil…

Orsini said he’s in the process of showing the property, hoping to attract manufacturers to the site to create good-paying jobs.

The LPDC has not met since April, he said.

In recent months, Orsini has shown the site to a New York City startup interested in recycling electronic automobile batteries. The problem, he said, is the startup wouldn’t be able to move onto the site for two years.

“It would be perfect if he could do it tomorrow, but it’s two years away, and we can’t wait two years,” Orsini said.

“We’re not going to give them huge tax incentives, I hope,” DeGroot said.

Orsini said, “We are going to try our hardest to create well-paying manufacturing jobs,” and Middleton said the matter of tax breaks was “out of their hands.”

“That’s why I came,” said DeGroot, who was the only member of the public in attendance to ask about the situation. A few other residents were there to ask about other issues. “I wanted to have an understanding of what’s going on. ... I can’t believe there’s no one else here. It’s amazing to me.”

After the meeting, Orsini told a Post-Star reporter he is showing the site again on Monday. Afterward, he plans to hold another public meeting to explain what is going on, he said.

DeGroot asked whether the 2019 taxes still owed to Washington County will be paid.

A Post-Star reporter asked Middleton for a comment about where the LPDC stands with Fort Edward Development.

“They’re working their hind ends off, trying to market the property, that’s where it stands,” Middleton said. “I mean, the people on their time, they’re not getting paid for it, are over there showing the site, multiple different clients, and my hats off to every one of them.”

Orsini said the articles in The Post-Star were “scaring people away like you have no idea.”

One tenant continues to occupy the property, SMS Rail Lines. It is operating an agricultural grain transfer station.

The Post-Star received a copy of the draft management agreement, not through the freedom of information law request. It includes 19 pages of lease agreements involved with the site and a 12-page contract between Fort Edward Development and the LPDC.

Orsini said he did not know whether The Post-Star‘s copy was the latest draft.

The unsigned document is detailed and stipulates that Fort Edward Development will receive compensation in the amount of 50% on any sale, rents, leases, etc. on the property.

It also includes the original management agreement between WCC and SMS Rail Lines from 2017.

Those lease agreements show the chief operating officer of D.A. Collins, Robert Manz, is listed also as the signer for Fort Edward Development.

FORT EDWARD — The Fort Edward Local Property Development Corp., the group that owns approximately 80 acres of the industrial complex that was …

A history of the former General Electric Co. dewatering site in Fort Edward

After the General Electric Co. finished its dredging and dewatering of contaminated Hudson River sediment in 2015, Fort Edward was left with a…

The one overriding principle that you have to remember is that they are breaking the law.

Blog: Who is Fort Edward Development?

It's been confusing, to say the least, covering the happenings around the former General Electric Co. dewatering site in Fort Edward.

We believe people of good will are involved with the effort to develop the former dewatering site in Fort Edward, but we also can’t shake the …

Just beyond the Champlain Canal, an expanse of rail track, concrete, empty buildings and fencing may look to some like the relics of a Superfu…

FORT EDWARD — With a fully formed board and tax assessment challenges in the rear view mirror, the Fort Edward Local Property Development Corp…

FORT EDWARD — During a public hearing regarding the village of Fort Edward’s annual budget on Wednesday night, a village resident asked about …

Washington County set to collect millions in back taxes

Lots of questions have not been answered about the current ownership of the former dewatering site in Fort Edward, and town Supervisor Terry M…

FORT EDWARD — There’s a mural on the side of a building in the village that says, “All paths lead to Fort Edward.” There’s a dirt road, the ca…

Here is a glimpse of how difficult it can be to get public documents.

A draft management agreement between the new property owners of some of the former General Electric Co. dewatering site and the old property owners has been released through the Freedom of Information Law.

The document provided was released after an approximately three-month Freedom of Information Law appeal process, and appears to be the same draft agreement an anonymous source provided to The Post-Star last month.

FORT EDWARD — Between a budget hearing and questions from the public about two properties with ties to the General Electric Co., the Town Boar…

A Fort Worth, Texas, plastics manufacturer plans to start construction before the end of the year on a new manufacturing facility at the former General Electric Co. dewatering site in Fort Edward.

A view of the Old Champlain Canal from part of the former General Electric Co. dewatering site, now marketed as the Fort Edward Industrial Park, is seen.

A train from SMS Rail Lines is seen on Thursday, April 18 at the Fort Edward Industrial Park, the site of the former General Electric Co. dewatering site.