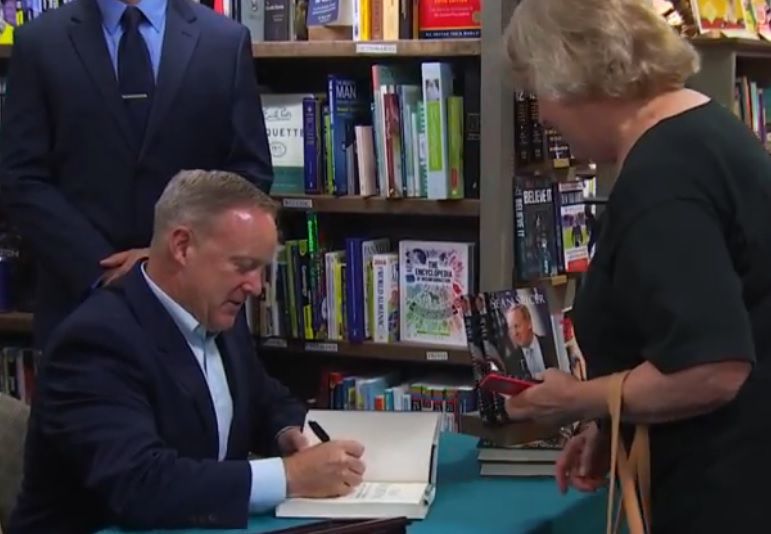 Former White House Press Secretary Sean Spicer signs a copy of his book, 'The Briefing' for a woman on Wednesday at Northshire Bookstore in Saratoga Springs. Spicer was in the area to promote his book as well as attend a private Republican fundraiser at a Saratoga Springs residence. 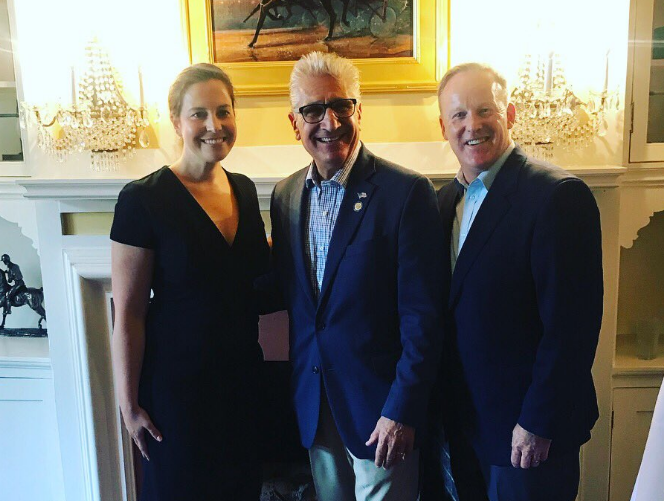 SARATOGA SPRINGS — The Trump Administration's former White House press secretary, Sean Spicer, was in the region on Wednesday to promote his book and attend a Republican fundraiser at a city residence.

In Spicer's best-selling book, "The Briefing," he recalls his ups and downs in Trump's White House. Spicer resigned in July 2017, following a disagreement over the appointment of Anthony Scaramucci as the new communications director.

Sarah Huckabee Sanders has served as press secretary since his departure.

On Wednesday morning, he signed copies of the book for 50 people, some of them traveling hours to attend the event at Northshire Bookstore.

A protest was planned outside the Union Avenue residence to coincide with the event.

During time with the media, Spicer was asked about former White House aide Omarosa Manigault Newman and the release of her secret tapes and new book, "Unhinged."

"In this particular case, I find it unsettling that someone would take a position of trust like that and then go out and frankly abuse it on multiple levels. Whether it's recording an individual and going into a secure area with a personal recording device, which in some way is a threat to national security, I think that's troubling," he said.

— WNYT-TV NewsChannel13 contributed to this report.

A local woman faces charges for alleged theft of $80,000 from her employer.

A Whitehall man who raped a 14-year-old girl in Glens Falls last spring is headed to state prison for 2 years.

A local man who was arrested in a child sex sting is headed to prison for having child pornography.

A man was charged with rape in Fort Edward this week.

A Hudson Falls woman faces numerous charges for allegedly driving drunk with a child in her vehicle.

A local woman was hospitalized Monday with serious injuries from a dog attack.

A local man is headed to prison for having sex with an underage girl and giving her marijuana.

So much for early spring; snow, ice will return

Expect significant snow in parts of the region Wednesday and Thursday.

Former White House Press Secretary Sean Spicer signs a copy of his book, 'The Briefing' for a woman on Wednesday at Northshire Bookstore in Saratoga Springs. Spicer was in the area to promote his book as well as attend a private Republican fundraiser at a Saratoga Springs residence.