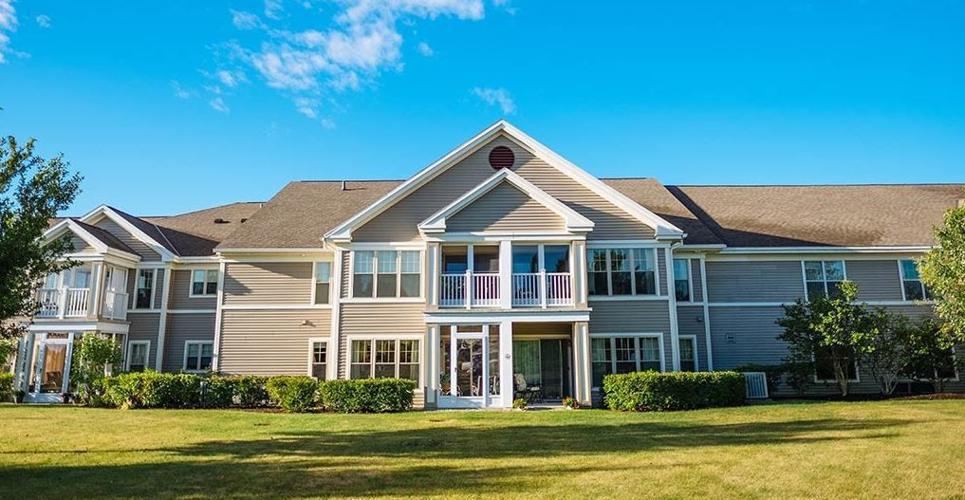 The Glen at Hiland Meadows will expand to include a new center for memory care patients. 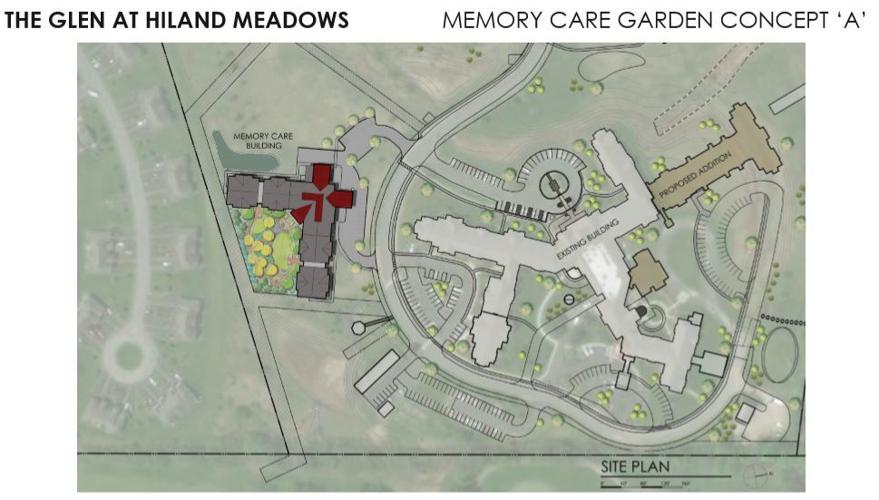 This rendering shows the expansion at The Glen at Hiland Meadows, including the secure garden area.

The Glen at Hiland Meadows is expanding to create 30 suites for patients with memory loss.

The Queensbury Planning Board approved a $27 million expansion, which includes a 25,000-square-foot Memory Care Center and 28 independent living apartments as well as a new wellness center with a pool.

The Memory Care Center will provide assisted living to patients and run a small day program. There were also be secure outdoor areas for walking.

“These spaces not only allow for supervised wandering, but also keep our residents engaged with activities interspersed throughout the common areas,” said Andrea Hebert, executive director of the Glen at Hiland Meadows. “This safe environment allows our residents to live, grow, and enjoy life.”

It is a joint venture between Eddy Senior Living and The Conkling Center in Glens Falls. They cited a recent study by Murdock Strategies, which found the Queensbury area needed 100 more units for memory care patients.

“Memory care is limited, so it’s not uncommon for family members to have to place their loved one out of the area,” Hebert said.

Construction will begin in May 2020 and is expected to be finished by August 2021.

Still looking for a cause

The state Department of Health is still investigating whether nicotine-based vaping is a cause of the lung injuries happening throughout the country.

Many vaping business owners have adamantly rejected the idea that nicotine-based vaping is unsafe. They have argued that since most of the patients with lung injuries say they were illegally smoking THC products, that must be the culprit.

But in the most recent updated guidance to health officials, the state wrote, “No single product or specific chemical has been linked to all cases. As stated, some patients report nicotine-containing vape product use exclusively and many patients report combined use of nicotine-and cannabinoid-containing products. Therefore nicotine-containing products have not been excluded as a possible cause or as playing a role in cases of EVALI (lung injury). NYS will continue to investigate all reported cases to better understand the underlying cause(s) of EVALI. While the investigation continues, NYSDOH strongly advises that all New Yorkers stop using e-cigarette and vape products.”

There is still no specific treatment for the illness. The state advises medical providers to help the patients breathe, using ventilators as necessary, until they recover.

One patient in New York has died. As of Nov. 4, 165 patients have been reported from all regions of the state. Nationally, there have been 2,051 patients and 39 deaths.

Standard & Poors has continued Saratoga Hospital’s A rating for a second year.

But in its report of the hospital’s financial outlook, the rating agency highlighted benefits of the Albany Medical Hospital affiliation that neither hospital has articulated before.

Saratoga Hospital saved “millions of dollars” annually through supply-chain, purchasing and other efficiencies made possible by the hospital’s affiliation with Albany Med and Columbia Memorial Health, according to S&P.

The hospital asked S&P for a rating in 2003 when it was about to issue bonds to build Saratoga Surgery Center in Wilton. The rating was BBB+. That improved to A- in 2012 and A in 2018.

The top-rated bonds are more attractive to banks and other investors, so the A rating allows Saratoga Hospital to finance capital improvements at lower interest rates. That frees more resources to invest in patient care, hospital officials said.

A Queensbury man has been charged with armed robbery in connection with a hotel incident early Friday morning.

A man wielding a knife inside a Stewart's Shop in Saranac Lake was shot and killed by police on Wednesday morning.

Over a dozen officers were injured, five going to the hospital with injuries, when a large group of inmates attacked staff in the recreation yard at Great Meadow Correctional Facility earlier this week.

There are no criminal charges being filed against the Stony Creek man involved in the fatal crash, according to the Glens Falls Police Department.

Two property owners near the site of a proposed Hoffman Car Wash on Route 9 are suing to overturn the approval of the project.

Ryan Moore announced during Thursday's Warren County Personnel Committee meeting that he will be resigning from his position of county administrator.

Unbelievable! This is the moment a cobra vomits up a massive PVC pipe

This car-bike hybrid could be the future of city travel

This car-bike hybrid could be the future of city travel

The Glen at Hiland Meadows will expand to include a new center for memory care patients.

This rendering shows the expansion at The Glen at Hiland Meadows, including the secure garden area.