HUDSON FALLS — Fire companies from across the region battled a nasty blaze near downtown that began Monday night and extended into the early morning hours of Tuesday.

The first call for a fire at 11 Maple Street came in just before 8 p.m. Monday. The building appeared to be fully involved by 1:30 a.m. Firefighters were still on the scene hours later.

Flames were seen coming from the roof of the large, multiple-family dwelling. Smoke billowed from the structure and drifted south over the village.

Firefighters poured massive amounts of water on the structure. At one point, three tower trucks attacked the fire from above, each from a different side of the building.

Route 4 was shut down during the fire, along with all roads leading into the center of Hudson Falls. Dozens of fire trucks were stationed on the traffic circle, many of them bringing in water to fight the fire.

The smoke was so heavy it often obscured the firefighters on top of the tower pouring water from the Maple Street side of the building. Parts of the roof collapsed.

Hudson Falls firefighters and some assisting companies were still on the scene as of 6 a.m. The building appeared to be a complete loss. Roads in the area were beginning to re-open as the sun rose. 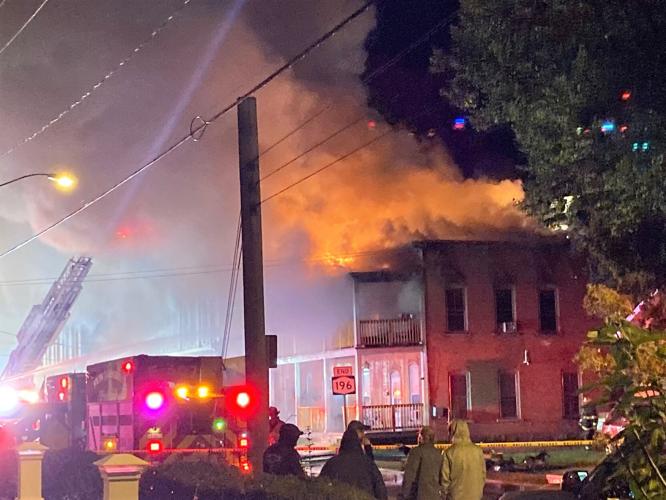 Seven families were displaced by a fire that took place at 11 Main St. in Hudson Falls in the early hours of Tuesday morning. 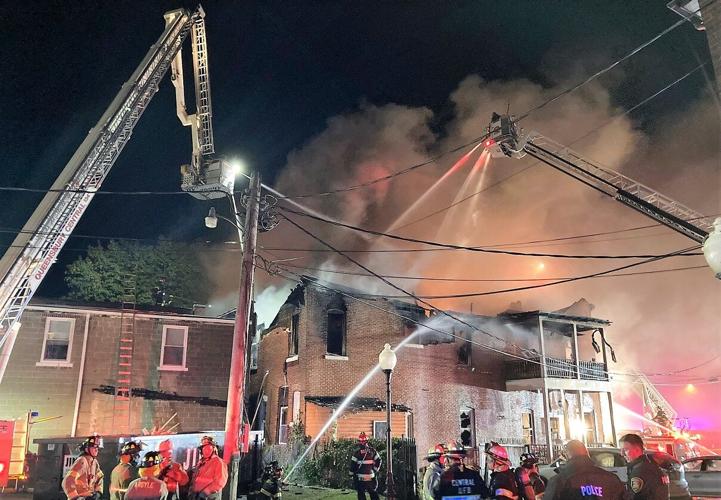 Firefighters are seen battling a fire at 11 Maple St. in Hudson Falls early Tuesday morning. Angela Moses, the sister of arson suspect Peter Lemery, has posted on social media about the efforts to get her brother help for his mental health issues. 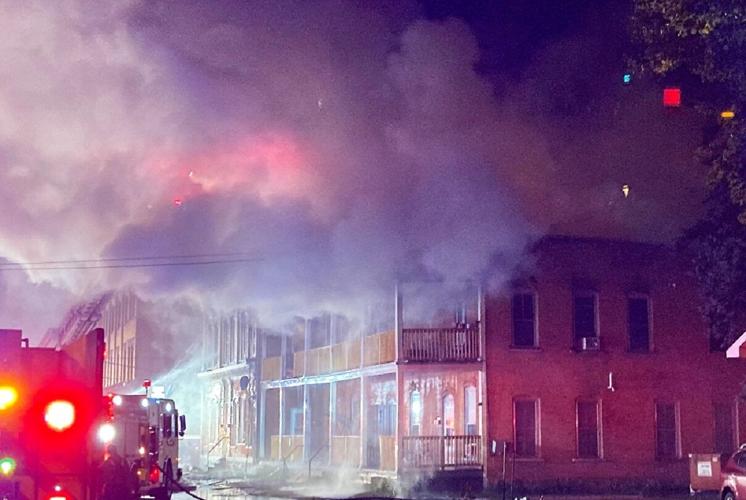 Firefighters were battling a major fire in Hudson Falls in the early hours of Tuesday morning.

The aftermath of a fire on Maple Street in Hudson Falls that started Monday night and lasted into Tuesday morning.