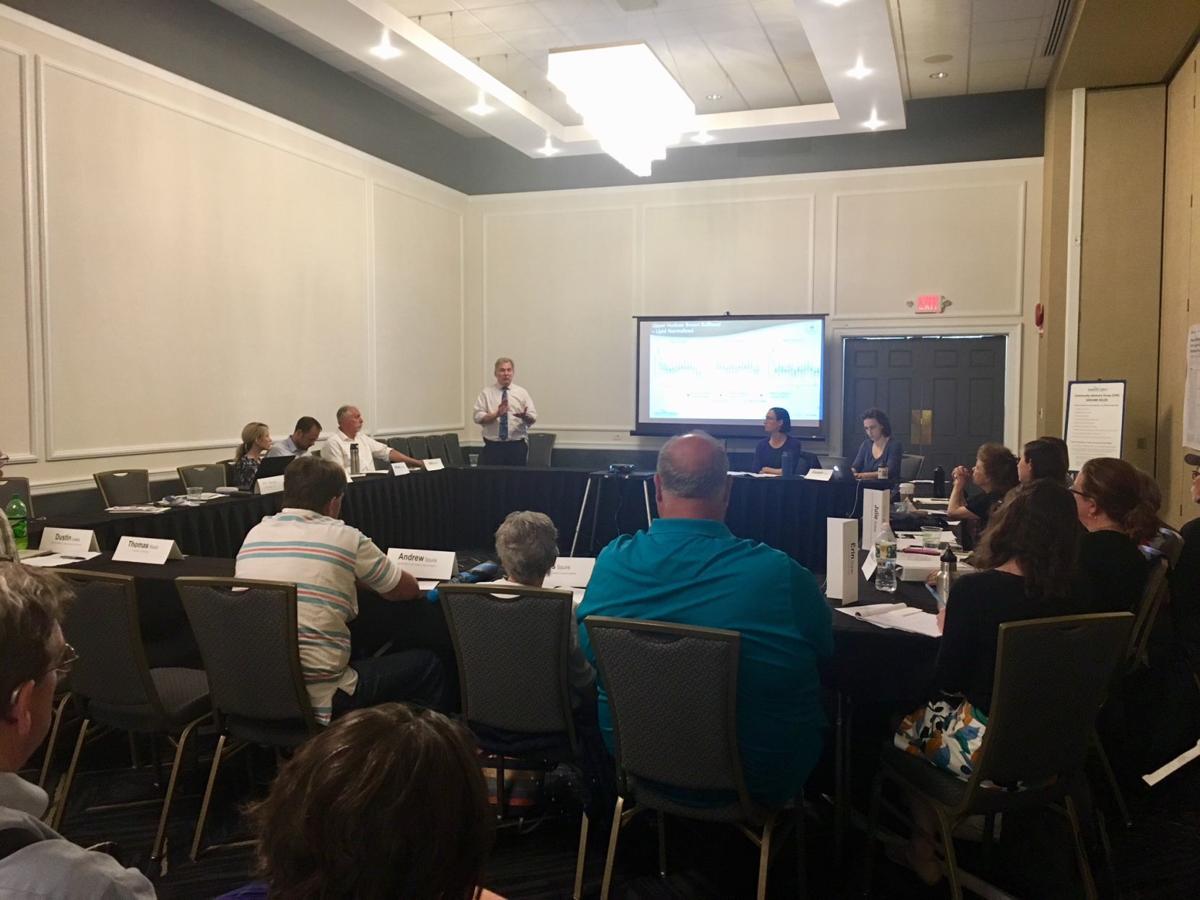 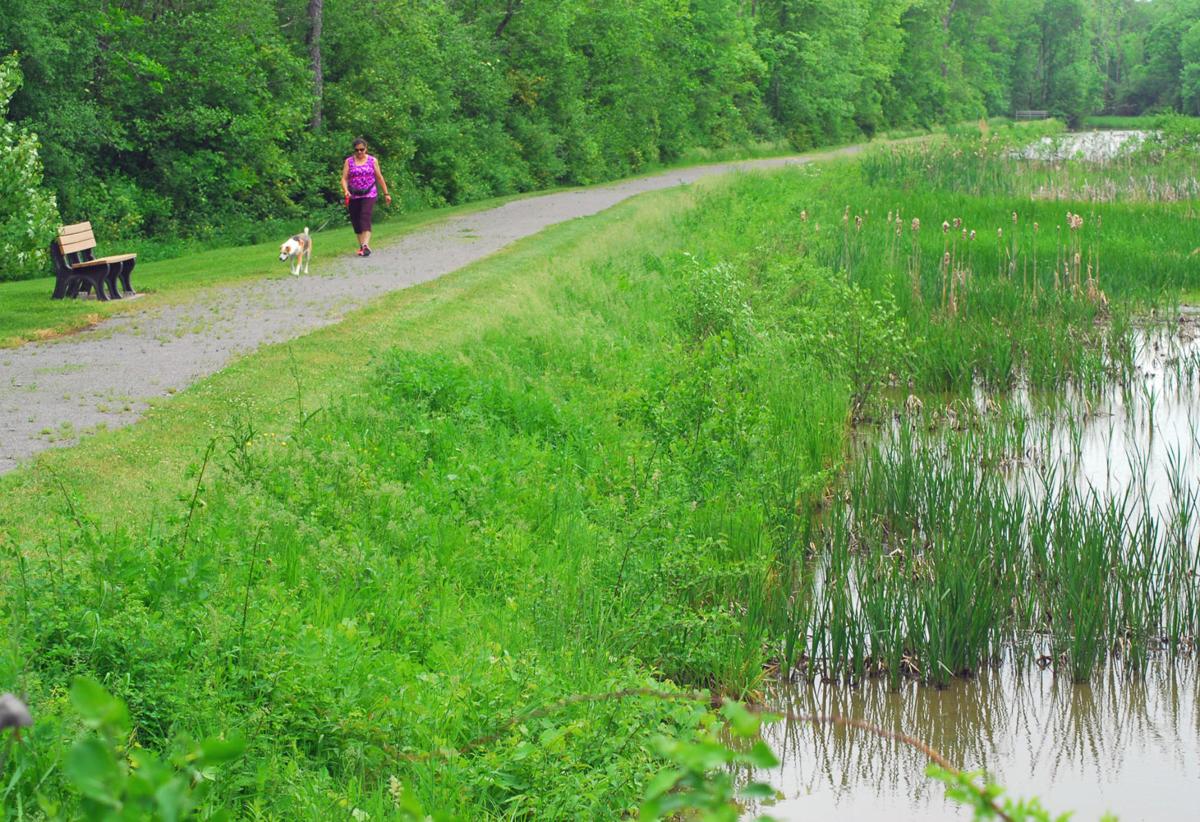 SARATOGA SPRINGS — Saratoga County officials called out the U.S. Environmental Protection Agency on Tuesday for its lack of communication and slow progress on cleanup decisions for the Old Champlain Canal.

With bike trails, a new visitor center and a budding business district trying to flourish in the shadow of the Hudson River PCBs Superfund Site, officials said they don’t want their area to be bogged down with the lengthy remediation investigation, which is underway for floodplains of the Hudson.

“It’s blatantly unfair to leave the community stuck in a stagnation point,” said Peter Goutos, of Saratoga Springs. “We deserve to see this fly.”

EPA officials from the Hudson River Field Office talked about some of the concerns and limitations they have with the Old Champlain Canal project during the latest Community Advisory Group meeting held at the Gideon Putnam Hotel and Conference Center. The community advisory group for the Superfund site is made up of federal, state and local officials, local businesses and environmental groups.

This was the second meeting since the April announcement that the EPA had issued the General Electric Co. a certificate of completion for the $1.7 billion dredging project of the Upper Hudson River. For decades GE polluted the Hudson River with about 1.3 million pounds of PCBs, or polychlorinated biphenyls, which are probable human carcinogens. The EPA did not issue a decision, however, about whether the dredging worked or not.

GE completed dredging in 2015, but the EPA is now looking at what cleanup may need to be done of the floodplains. Gary Klawinski, director of the EPA’s Hudson River Field Office, had said at the last meeting in May, that it could be five years of data collection before the EPA decides on a cleanup action.

But Saratoga and Schuylerville officials don’t want to wait that long.

On Tuesday, Michael Cheplowitz, remedial project manager with EPA, said the agency is focusing more attention on an approximately 2-mile stretch of the Old Champlain Canal, which is connected to the Hudson River, between the outlet to Fish Creek and Lock 5 near Hudson Crossing Park.

The EPA is concerned with a discrepancy between GE’s sediment samples and the state Department of Environmental Conservation’s. GE collected and tested dirt for PCBs, and the highest amount of PCBs found was 1.9 parts per million. DEC’s largest PCB concentration found, however, was 50.2 parts per million.

Cheplowitz said there’s uncertainty there, and “we need to do additional sampling.”

EPA is doing just that this year, which was a surprise to local officials.

On one of Cheplowitz’s slides, it said EPA has “close coordination with village of Schuylerville and town of Saratoga,” but Saratoga Supervisor Tom Wood said he wasn’t “sure with whom those conversations occurred.”

Julie Stokes, representing the Schuylerville Area Chamber of Commerce, added that the “entire statement you’ve been working closely with the village and town is inaccurate.”

She called it “unconscionable” that the EPA had not talked to Wood or Schuylerville Mayor Dan Carpenter before Tuesday’s meeting.

Stokes and Wood were also frustrated with the amount of time it has taken to get anything done. Wood said culverts have been clogging up with debris, but department of public works crews are afraid to touch anything, partly because it’s not clear what permitting is required, and partly because of the PCBs.

SCHUYLERVILLE — Local officials and economic developers are worried about what lurks in the Old Champlain Canal, but they don’t want state and…

Klawinski said he understood that it was frustrating.

“What’s important for us to have is data,” Klawinski added. “We’re pushing GE to get it to us. ... It’s taking them a little bit longer than I thought it would, but I want them to be thorough.”

Blog: Bringing people to the table

I used to work in public relations, and clients loved words and phrases like "partnering," "breaking down silos," and "bringing people to the table."

SARATOGA SPRINGS — The state Department of Environmental Conservation made it clear Tuesday that it believes fish in the Hudson River, below w…

The EPA on Thursday issued General Electric Co. the certificate ending dredging in the Upper Hudson River for now, but some are wondering what…

Environmental groups and the state are calling on the General Electric Co. to undertake a larger cleanup effort on the Hudson River after sedi…

Gov. Andrew Cuomo and state Attorney General Letitia James are suing the U.S. Environmental Protection Agency for its decision that the General Electric Co. had completed dredging contaminated sediment in the Hudson River.

With revitalization work happening along the Old Champlain Canal in Schuylerville, GE is testing sediments for PCB contamination.

No. 10: EPA certifies dredging of the Hudson River, state sues

The EPA certified GE's dredging in the Hudson River was complete, but the state of New York filed suit.