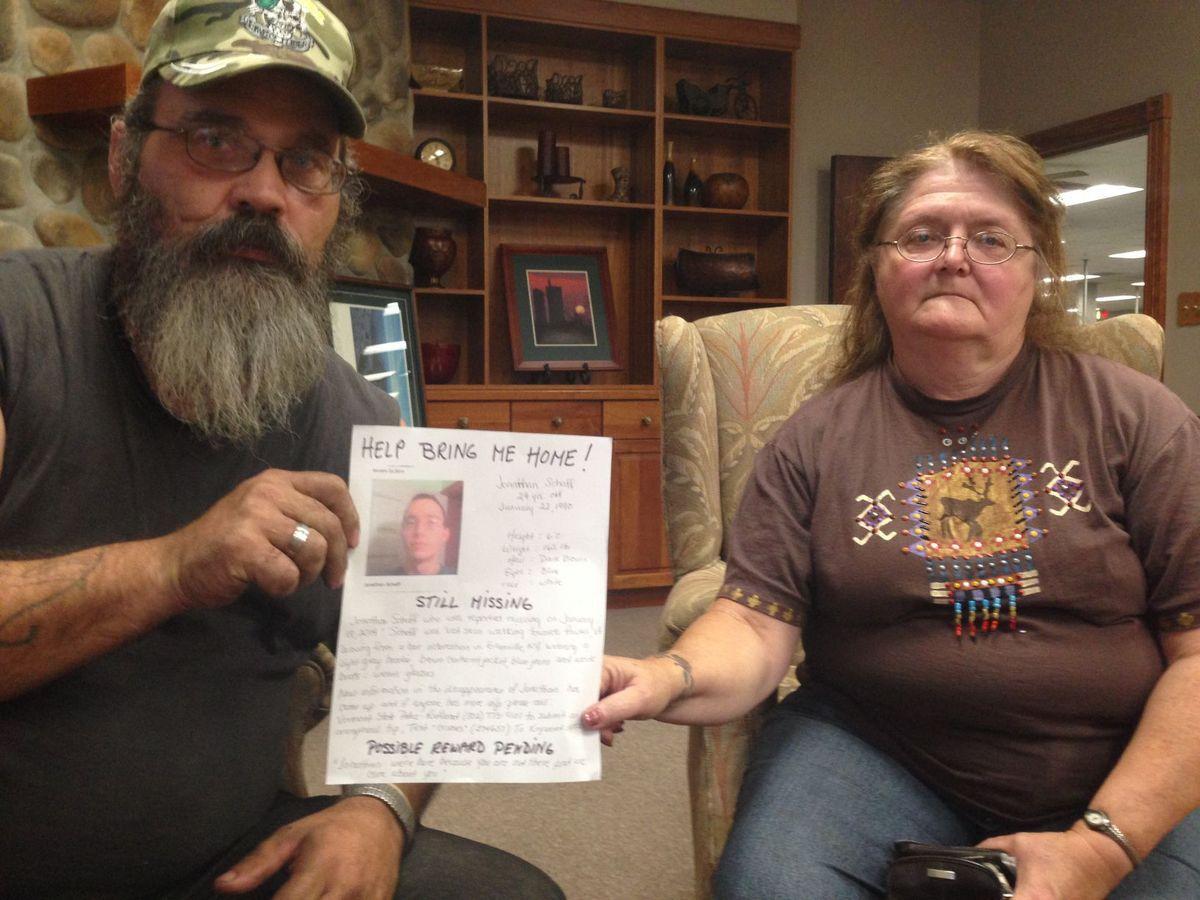 John Schaff and his wife, Cheryl, hold up a flier in October 2014 seeking information about their missing son, Jonathan Schaff, a native of Granville and Fair Haven, Vermont, who went missing after a visit to a Granville bar on Jan. 18, 2014. Family and friends are still awaiting answers as they mystery hits the six-year mark. 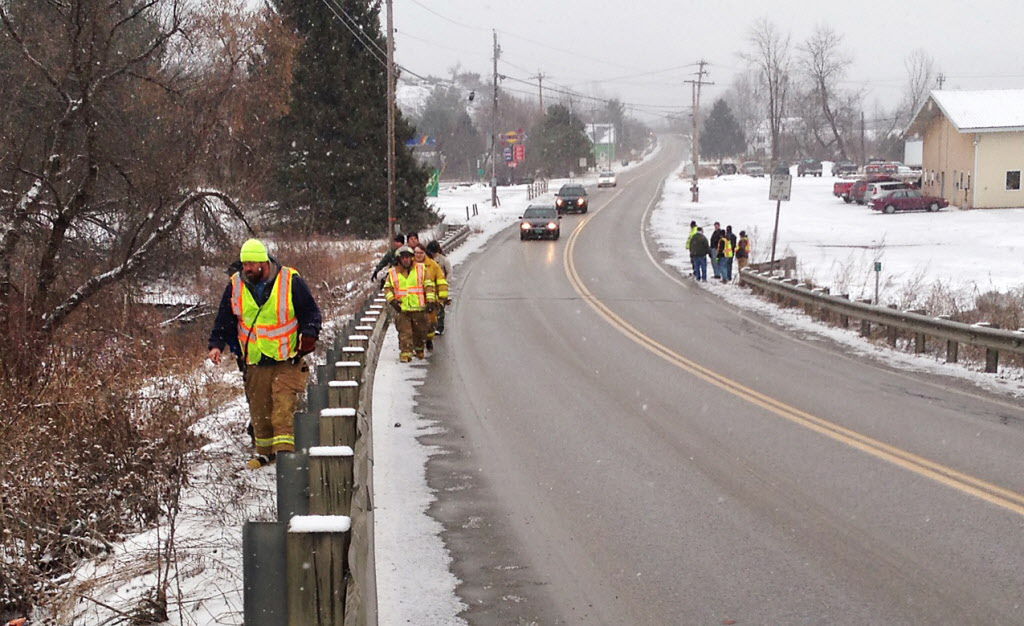 Searchers look for missing Vermont man Jonathan Schaff walk along Route 149 in West Pawlet, Vermont, on Jan. 20, 2014, two days after he disappeared. Six years have passed and the trail is still cold.

John Schaff is not giving up.

Six years after his 23-year-old son, Jonathan Schaff, disappeared after a night out in the village of Granville, the elder Schaff continues to hope that the next tip is the one that breaks the case open.

Just this week, John Schaff passed on information to State Police about a man a relative encountered who claimed he “knew” what happened to his son when he disappeared on Jan. 18, 2014. The information originated with information from an inmate in Washington County Jail, he said.

“I don’t know if it’s just a rumor or what,” he said. “Maybe they do really know something.”

Jonathan Schaff was last seen walking east on Main Street in Granville around 4:30 a.m. the day he disappeared after spending several hours drinking at a Main Street bar. He was going to catch a ride home to Fair Haven, Vt. with a couple with whom he was walking.

The couple, though, told police that Schaff walked ahead of them as they slowed to light cigarettes, and when they arrived at the Loomis Trucking parking lot where their vehicle was, he couldn’t be found. His cellphone was later found by searchers in the cab of a tractor-trailer that was parked in the lot.

Police at first believed that Schaff fell in the rain-swollen Mettawee River, which runs next to the parking lot.

But when no remains could be found after searches of the river and its banks, the case transitioned to a criminal investigation, headed by Vermont State Police because Schaff was last seen walking into Vermont.

Schaff had lived in Granville and had extensive family ties there. He spent the hours before his disappearance drinking at what was then known as The Riverside Pub in Granville, getting in a fight with another patron before he left. That patron has been investigated by police, but has not been accused of involvement in the disappearance.

The rumor mill has swirled in the years since as police periodically search flooded stone quarries in the region as well as woods and fields. There have been no indications he is still alive.

Vermont State Police Detective Sgt. Henry Alberico said investigators received a few tips last year, which led to some searches that included diving at quarries. But they did not turn up any evidence, and he said police still don’t know what happened to Schaff. No persons of interest or suspects have been identified, he said.

“It’s still a very active investigation,” he said. “We still get calls from time to time and we follow up on all of them. Hopefully it will lead to something.”

Granville Police Chief Ernie Bassett said few new leads have been received in recent years, but he is hopeful that someday the break will come that will solve the mystery.

“It’s a case we frequently talk about, hoping that someday we can get some answers for Jon’s family,” Bassett said.

John Schaff said he will not rest until he finds out what happened to his son. But he said he has heard nothing from police in over a year.

“This has been going on a long time. We really want answers,” he said.

A Queensbury man was arrested on Thursday after police said he tried to steal from Walmart.

Four people were hurt on Thursday after a minivan struck a fuel delivery truck in Thurman.

Eligibility and patience required: How to get a COVID-19 vaccine in New York state

Looking for the vaccine? Your best bet is a computer and a lot of patience.

A Wilton woman was arrested on Friday after police said she was drunk and on drugs while caring for a young child.

Vaccine: Your ticket back to normal life, health expert says

There’s been a lot of hedging about whether people can go back to normal life after they get the coronavirus vaccine.

A business owner wants the Adirondack Regional Chamber of Commerce to rescind its invitation to U.S. Rep. Elise Stefanik to attend a legislative forum.

Five nursing home residents in Granville and Argyle have died amid coronavirus outbreaks that are now raging in four homes owned by Centers Health Care.

Warren County has now lost 11 residents in 12 days to coronavirus, Warren County Health Services said in a report about another death Wednesday.

John Schaff and his wife, Cheryl, hold up a flier in October 2014 seeking information about their missing son, Jonathan Schaff, a native of Granville and Fair Haven, Vermont, who went missing after a visit to a Granville bar on Jan. 18, 2014. Family and friends are still awaiting answers as they mystery hits the six-year mark.

Searchers look for missing Vermont man Jonathan Schaff walk along Route 149 in West Pawlet, Vermont, on Jan. 20, 2014, two days after he disappeared. Six years have passed and the trail is still cold.