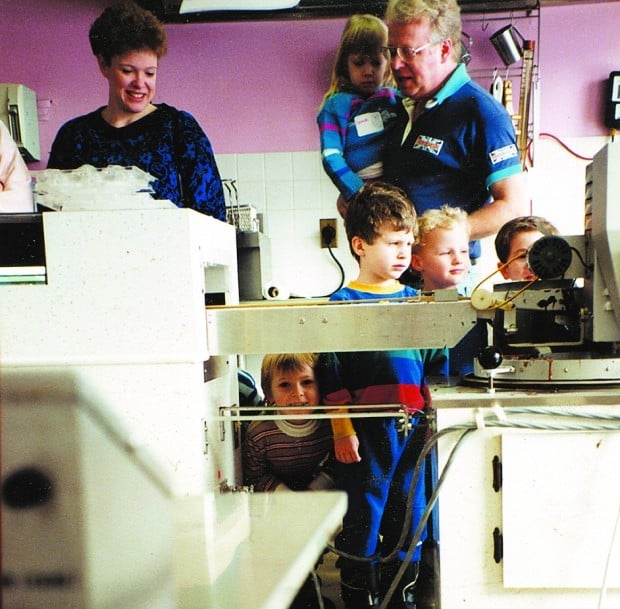 Malcolm Laustrup Sr., the owner of Wagar’s Ice Cream Parlor and Confections, gives a candy-making demonstration for his daughter's pre-school class in 1992. 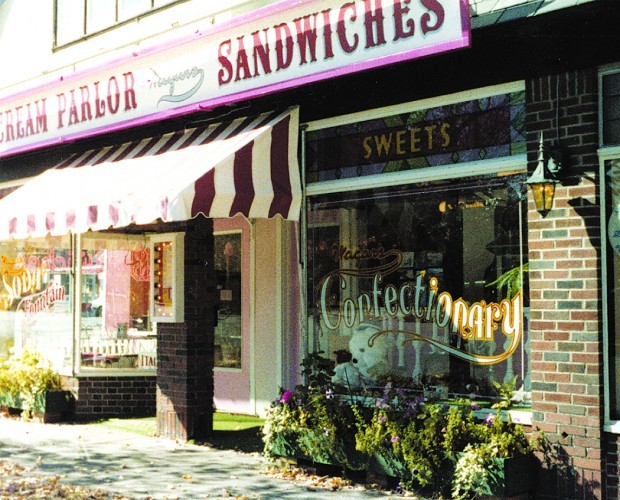 Every life has a story. In this column, we pay tribute to people who have died recently.

Malcolm Laustrup Sr. lived the "sweet" life as the owner of Wagar’s Ice Cream Parlor and Confections, a fixture in Lake George for 25 years.

Malcolm Laustrup Jr. said the business was his father’s life, and he enjoyed it so much that he didn’t feel like it was work.

Patrons to the Canada Street shop might remember its turn-of-the-century feel with a player piano, apothecary jars filled with candy, and G-scale trains that ran around a track near the ceiling. The employees dressed in 1920s-era bathing suits and waited on customers at the round marble-topped café tables or at the counter.

While the restaurant was known for its ice cream and hard-to-find old-fashioned candy, it was probably best known for the signature homemade Adirondack Bear Claws, made with nuts, caramel and chocolate, which were so popular that Malcolm was able to create a mail-order business from them.

"You never knew you were being taught," he said. "(My father) wanted a very relaxed atmosphere. He wanted people to be happy when they came to work."

Malcolm was also known to have a big heart, according to his son, and once planned a surprise birthday celebration for one of his employees, who came from a large family and didn’t have a lot of extra money. She especially loved the stuffed animals that were sold at Wagar’s, and remarked that she didn’t have such toys growing up.

Malcolm decorated the shop with crepe paper and hung a large sign in the window wishing her a happy birthday when she came into work one morning. He also gave her one of the stuffed animals as a gift.

"She said she couldn’t believe during the busiest time of the season in August that someone would do that for her. He would do that kind of thing a lot. It showed that he appreciated his employees," Malcolm Jr. said.

Another time Malcolm Jr. said his father closed his store for a former tourism official who wanted a party held there and he would not charge her for it; he always believed in the Rotary Club motto, "service above self."

"He really believed in giving back. I was always impressed when someone asked for a donation for something. He never said, ‘Gee I think I’ve donated too much this year.’ He just did it because he could," Malcolm Jr. said.

A scrapbook from 1992 showed Malcolm giving a candy-making demonstration to his daughter Lynnette’s preschool class. His son said he did that often for different school groups and sent them home with goodie bags from Wagar’s.

Malcolm started Wagar’s Ice Cream Parlor and Confections in 1978 in the building owned by his father. His grandmother and grandfather began an ice cream business in Troy in 1885, and Malcolm wanted to bring that same flavor to Lake George.

Malcolm Jr. said his father made trips to Disney World in Florida to get design ideas for his soda fountain, originally based inside drug stores, to make it stand out from other confectionery shops in the area.

The red and white-striped awning welcomed customers to the shop until its closing in 2004.

Features writer Meg Hagerty may be reached at mhagerty@poststar.com or 742-3208.

Malcolm Laustrup Sr., the owner of Wagar’s Ice Cream Parlor and Confections, gives a candy-making demonstration for his daughter's pre-school class in 1992.