SARATOGA SPRINGS — The state Department of Environmental Conservation made it clear Tuesday that it believes fish in the Hudson River, below where dredging of PCBs occurred, will not recover without more cleanup.

The U.S. Environmental Protection Agency is not ready to agree.

Fish have been a sticking point between the General Electric Co., the EPA and the DEC, and the public got a visual representation of where their differences lie on Tuesday.

The discussion was part of the latest Community Advisory Group meeting for the Hudson River PCB Superfund Site, held at the Gideon Putnam Hotel and Conference Center.

The EPA announced in April that it considered GE’s $1.7 billion dredging project of the Upper Hudson River complete, but it would not issue a decision on whether the dredging worked.

Pete Lopez, EPA’s Region 2 administrator, emphasized that the announcement did not mean GE was “off the hook,” and the EPA could order GE to dredge again. That didn’t stop Gov. Andrew Cuomo from announcing the state would sue the EPA.

One of the ways EPA and DEC are looking at whether the Hudson River is healing from the pollution of 1.3 million pounds of polychlorinated biphenyls dumped over decades in Hudson Falls and Fort Edward is by looking at concentrations of the pollutant in fish.

Kevin Farrar, a remediation specialist with the DEC, presented the state’s findings.

He explained that GE collects five species of fish from 14 locations between Fort Edward and Stillwater. While PCB concentrations have declined over the last several years, they appear to be leveling off for some, and in rare instances, increasing.

This has led the DEC to conclude that “further remediation of contaminated sediments in the Upper Hudson will be required” in order to protect human health and the environment.

The EPA, however, feels more data is needed before making that decision.

Althea Mullarkey, of the environmental group Scenic Hudson, asked the DEC and EPA to specifically explain what the disagreement was.

Ed Garvey, an environmental consultant for the EPA, said EPA is concerned about the uncertainty of the data. But the most concrete difference the audience could see was in a graph.

Garvey said the EPA is not willing to include those two or three years, as it believes they are "artifacts" of the dredging. He showed the shrinking trend line using his arms. He showed the steeper slope of data points the DEC is looking at, versus the more gradual slope the EPA is considering.

“It’s a difference in professional judgment,” Farrar said. “If I were EPA, I might say it will take eight years or more to confirm (the data), but I would not say I could not see the trend.”

Farrar, who is retiring in a few months after working with the DEC for decades, said he and Garvey have a good working relationship and were arguing over the data right up to the start of the meeting.

Gary Klawinski, director of the EPA’s Hudson River Field Office, said the EPA appreciates the points Farrar has made over the years.

This article has been corrected to say that DEC did not include fish data during the dredging years, but rather the fish data during the first couple of years after dredging. Kevin Farrar, with the DEC, added in a follow-up email that "another fundamental difference in position is that EPA stated that one can not evaluate a trend in the data unless and until one can see a statistically significant difference between one years' data and another. DEC disagrees; if there continues to be no significant difference, then the trend is clearly one of little to no improvement."

SARATOGA SPRINGS — Saratoga County officials called out the U.S. Environmental Protection Agency on Tuesday for its lack of communication and …

Gary Randorf had an eye for the Adirondacks.

SARATOGA SPRINGS — The U.S. Environmental Protection Agency will discuss its decision to issue the General Electric Co. a certificate of compl…

Blog: Is Hudson River dredging complete? The fish will tell us

Wednesday night and Thursday morning I got ready for the conference call with EPA Region 2 Adminstrator Pete Lopez.

The EPA on Thursday issued General Electric Co. the certificate ending dredging in the Upper Hudson River for now, but some are wondering what…

Gov. Andrew Cuomo and state Attorney General Letitia James are suing the U.S. Environmental Protection Agency for its decision that the General Electric Co. had completed dredging contaminated sediment in the Hudson River.

No. 10: EPA certifies dredging of the Hudson River, state sues

The EPA certified GE's dredging in the Hudson River was complete, but the state of New York filed suit. 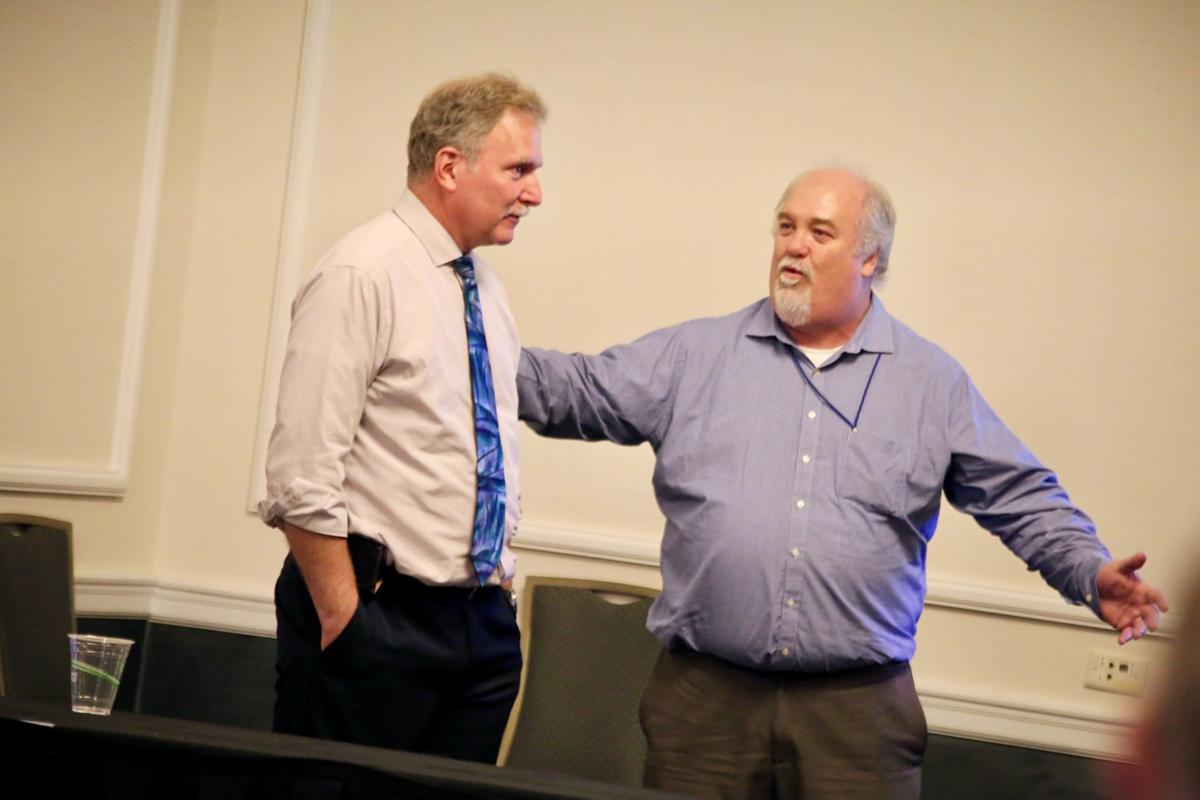 From left, Ed Garvey, a consultant for the U.S. Environmental Protection Agency, and Kevin Farrar, a remediation specialist with the state Department of Environmental Conservation, agree to disagree on data interpretation Tuesday during the Hudson River PCB Superfund Site community advisory group meeting in Saratoga Springs. 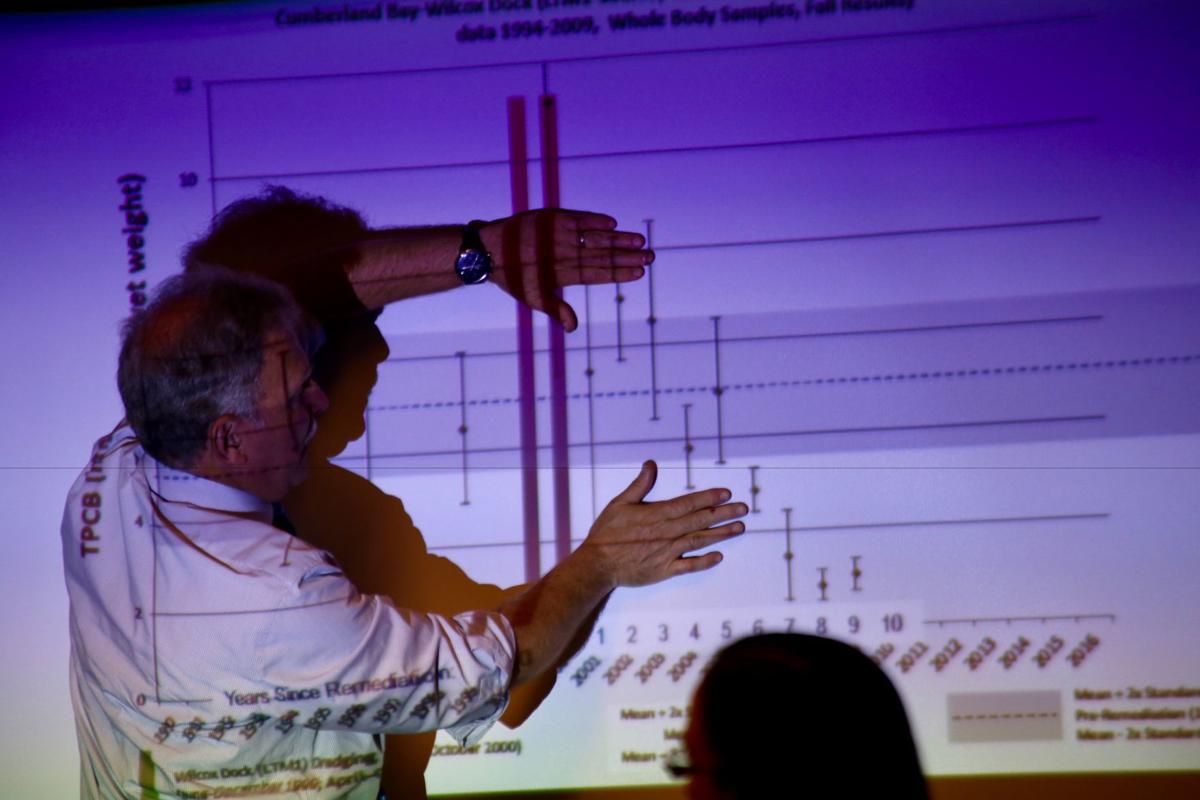 Ed Garvey, a consultant for the U.S. Environmental Protection Agency, explains the difference in the EPA's data interpretation and the state Department of Environmental Conservation's interpretation on Tuesday during a Hudson River PCB Superfund Site community advisory group meeting in Saratoga Springs.