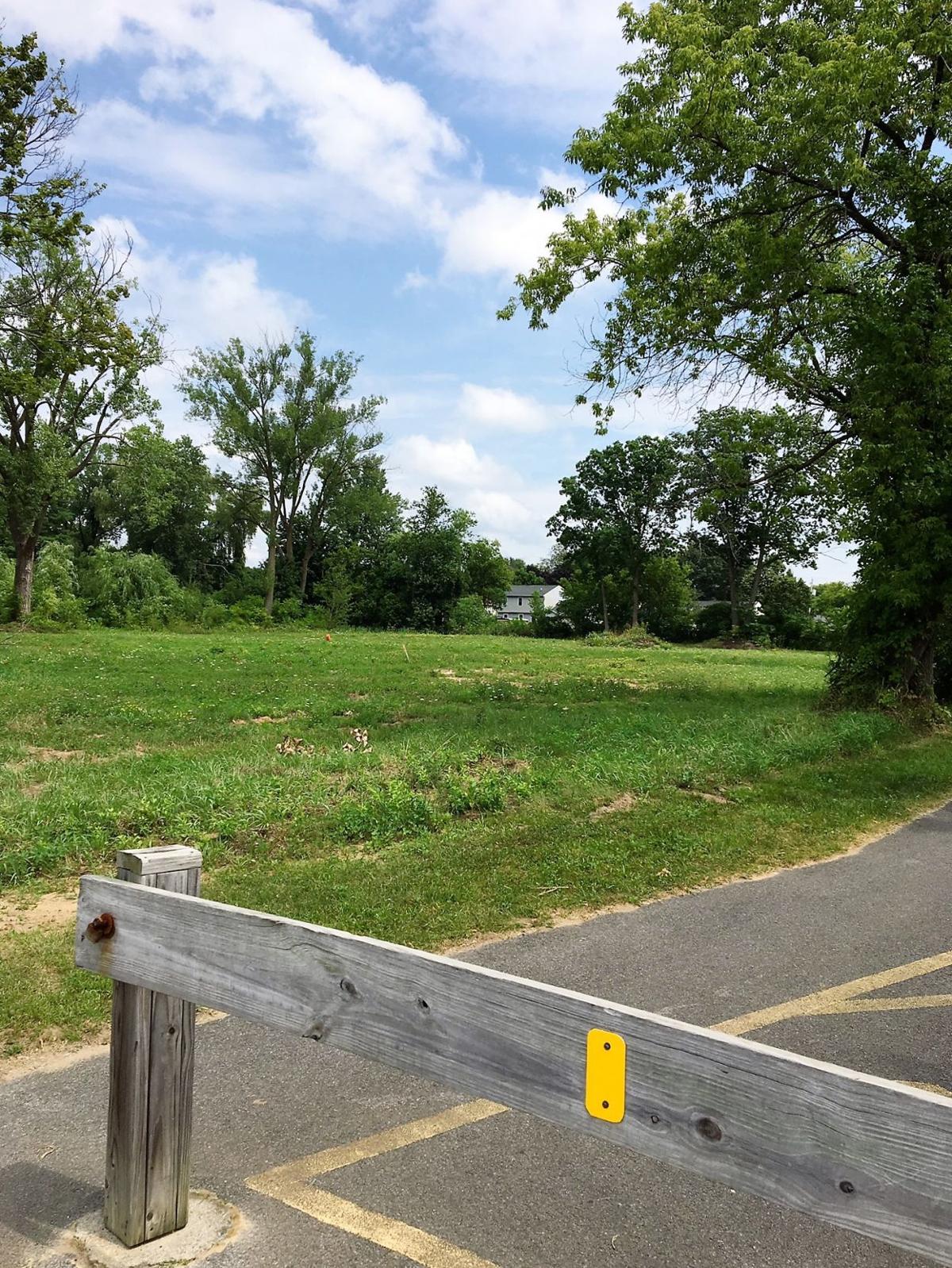 What to do with the vacant lot on Cooper Street, by the Warren County bike trail, has been a source of some contention over the past eight months. 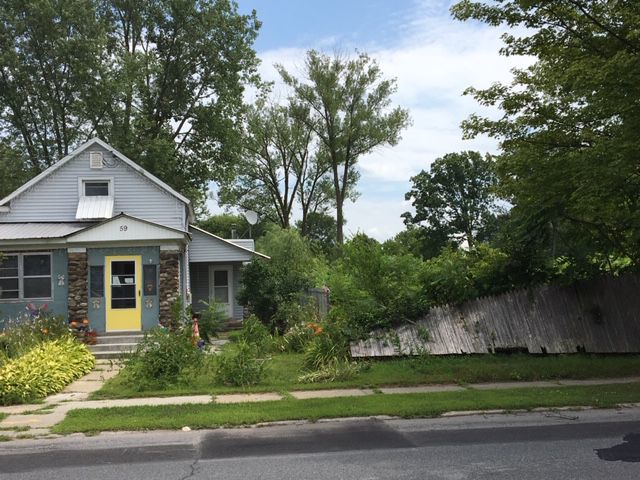 The fact that there is a string of four houses, includiing this one at 59 Cooper Street, by the vacant lot makes it tough to argue that the property is not suitable for residential use. 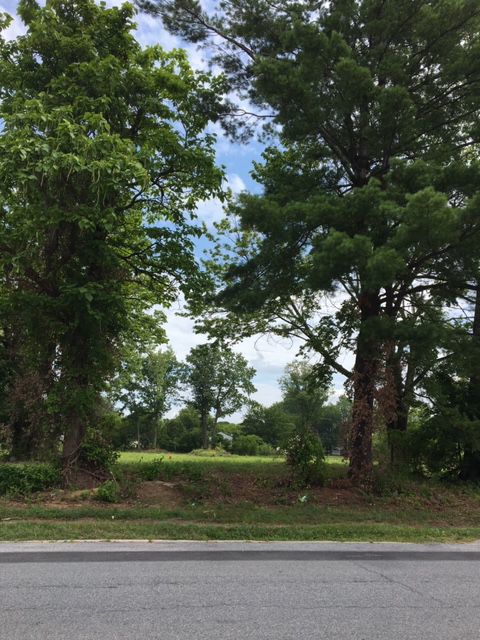 Apartments for the homeless and those suffering problems from mental illness are proposed for this lot on Cooper Street in Glens Falls.

Like many neighborhoods in Glens Falls, the stretch of Cooper Street that runs between Dix Avenue to the north and Lawrence Street to the south is a mixed bag.

The abandoned Price Chopper is at the northern end, along with four small homes across the street.

The back part of Miller Mechanical, with two entrances, butts up against Cooper Street, with a vacant lot across the street where an apartment complex is proposed.

The Post-Star sits hard by the intersection of Lawrence Street with the Lawrence Street Tavern, the VFW hall and one other older home filled with renters across the street.

To say this neighborhood is residential would be incorrect.

To say it has the character of a light industrial zone would also be incorrect.

It is parts of both.

Yet that has been the argument for many months now, as the Warren-Washington Association for Mental Health has labored to get a 29-unit apartment complex approved by the city of Glens Falls.

What is unique about this particular proposal is that it would address the needs of the homeless, as well as folks who live with mental illness.

The association is trying to fill a need in our community to give people a chance to get back on their feet or live independently, despite some problems. The community should be rallying around the association instead of putting up roadblocks.

This proposed project has been in the works for approximately eight months, with varying degrees of opposition.

Opponents have marched out many different reasons for opposing the project:

- The land should be used for light industrial development and not residential, yet there is a string of four houses running from the property to Dix Avenue and another four homes on Leonard Street that abuts the property in the rear.

- Developing the property for a non-profit will not benefit the city’s tax base.

- The owner of Miller Mechanical wanted to buy it for her own use, although she initially passed on purchasing the property, but now says she still wants to buy the property.

- And what was especially disturbing from the most recent Planning Board meeting on Tuesday was the appearance that opponents do not want people with problems in their neighborhood.

We find that especially disturbing for a city that welcomes people with the moniker, “Hometown, USA.” Unless of course, you have problems.

At one point during the Tuesday meeting, the attorney for the Planning Board had to remind the board members that they cannot deny this project because people may have mental illness, since that would violate federal laws protecting people who have disabilities. That’s how emotional this proposal has gotten, and it should stop.

The latest ploy appeared to be a transparent attempt to delay approval another month by dropping a lengthy environmental report in front of the Planning Board just hours before the meeting.

We applaud John Farrell, the director for facilities for the association, in standing up and persevering with the project despite the objections of such powerful people as a major business owner and the former mayor and current county supervisor.

“I personally don’t like to give into bullies,” Farrell said at one point. “This has been a labor of love. I don’t like being mischaracterized (about) what we are trying to do here. I wouldn’t be in this business to try to scare my neighbors.”

We hope people were cheering in response to that.

The homeless problem has escalated to such a point in Glens Falls that the Open Door Mission had to open a year-round facility locally to give shelter to those in need.

Mental health issues continue to be a problem that is continually swept under the rug. Just look at the obituaries and you will see the regularity of suicide.

The Planning Board will be meeting again in September, and it should decide this project’s fate based solely on the merits of its compatibility with the site, and most definitely not on who is going to live there.

Those that oppose it should stay home.

They have had their say.

Approval of apartment complex is long overdue in Glens Falls.

Busy agenda ahead for Glens Falls Planning Board

Homeless housing project back before Planning Board on July 2

Guest editorial: Canceling Woodstock anniversary show is for the best

Woodstock remains the legendary rock concern of the peace and love generation of the 1960s. With the 50th anniversary of the event in upstate New York approaching, reboot of the that time ran into problem after problem before finally being canceled. Perhaps Woodstock should be left for the history books.

Rep. Elise Stefanik's charges of "censorship" against The Post-Star flies in the face of a public policy that seeks to limit congressional campaigns to just the voices of the candidates. A fact check by North Country Public Radio found Stefanik's charges had no validity.

COMMENTARY: Tariffs on China are not working for United States

EDITORIAL: Sometimes representatives have to stand up to voters

The six of us had not been together in one room for some time. That is not unusual during the summer months with vacations and trips, so our e…

What to do with the vacant lot on Cooper Street, by the Warren County bike trail, has been a source of some contention over the past eight months.

The fact that there is a string of four houses, includiing this one at 59 Cooper Street, by the vacant lot makes it tough to argue that the property is not suitable for residential use.

Apartments for the homeless and those suffering problems from mental illness are proposed for this lot on Cooper Street in Glens Falls.